Cosme, Black Seed Bagels, Marea, Sadelle’s. You think you know the powerhouses behind these brand-name restaurants in NYC, right? Wrong. Instead of the big-name male chefs, it’s actually these four talented New York women who are the ones cooking in the kitchen night after night, ensuring the city’s best dishes exceed customers’ expectations. Meet Daniela Soto-Innes, Dianna Daoheung, Lauren DeSteno and Melissa Weller, the next generation of the city's chefs.

See the top women chefs in the industry 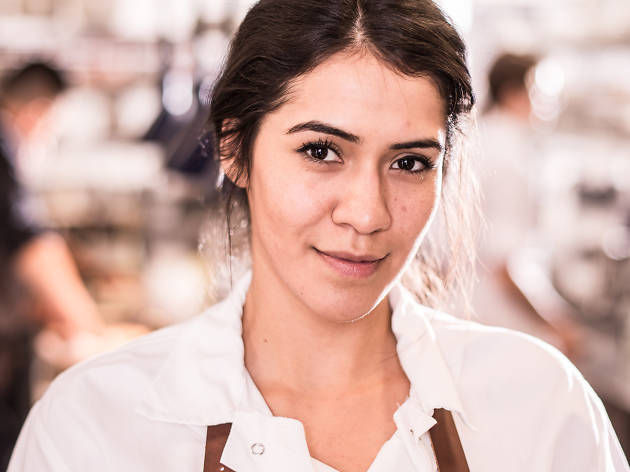 Soto-Innes has been working her way up the ranks since age 2, when she trailed after her grandma at her bakery. She went on to work in hotel kitchens, visit cheese-making cousins in Switzerland, study pastry at Le Cordon Bleu in Houston and learn to break down whole animals at Chris Sheppard’s Underbelly before meeting Enrique Olvera while working at his globally recognized Pujol in Mexico City. “I started on pastry, of course, and jumped in to help butcher,” she says. “I could do it faster than the guys. Enrique said, ‘You’re opening my new restaurant.’”

Now, she’s at Cosme every day before noon. She greets every member of her 35-person staff with a hug or a kiss on the cheek before stealing ice cream from the pastry station and turning on music. “Mexican cooking has to be happy to be delicious,” she says, which explains the tender made-in-house tortillas and duck carnitas. “I never thought I’d make Mexican food professionally,” she says. “This is what I grew up eating.”

For now, Soto-Innes is taking her time learning under a familial chef. “When you have a chef you can talk to, it changes your job perspective,” Soto-Innes says of Olvera, who stops by Cosme about one week per month and starts by asking the staff, “Are you happy?” No matter how high she rises in the ranks, she still has her family to keep her in check. She says her sister still teases her about the first dish she served her family. “She asks, ‘Have you told Enrique about bread tacos?’” 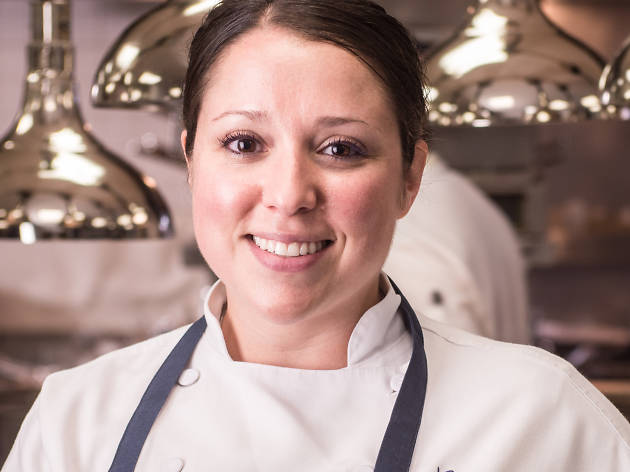 DeSteno joined the Italian seafood restaurant after working with the executive chef at Eleven Madison Park. Since 2009, she’s started the day by checking what’s available for the day’s menu, particularly for the raw bar. “Michael White trusts us a lot, but there is a vein we have to stay within,” says DeSteno. “The fusilli with braised octopus and bone marrow will never come off the menu, but as the seasons change, we’ll develop new dishes. Michael has ideas, I have ideas, the sous chefs have ideas, and the menus develop bit by bit.” Combining White’s astounding memory of recipes with DeSteno’s kitchen knowledge has led to new developments like a low-gluten pasta that’s now available across his other restaurants.

White has five spots in New York and more internationally, but he makes himself accessible via text, phone and in person as often as possible. He never yells and is willing to jump in wherever help is needed—even in the dish pit. “You see how much work it takes. He works really, really hard and is willing to be anywhere and do anything,” says DeSteno. “And with reviews, it comes down to whoever’s name is on the restaurant. For better or worse, it’s their restaurant, and it will fall back on them. Even as I train sous chefs, I remind them we run this for Michael White, for his name.”

Over the last half decade, White and DeSteno have grown close to each other’s families, slowly combining food and family in a professional setting. The partnership pays no mind to gender—only ability. “Whether it’s how I was raised or the last five years, the gender issue never crossed my mind,” DeSteno says. “It doesn’t matter where you come from, it’s how intelligently you work.” She adds, “It’s difficult to have a profitable business in New York City, but I do want to run my own food-industry business.” 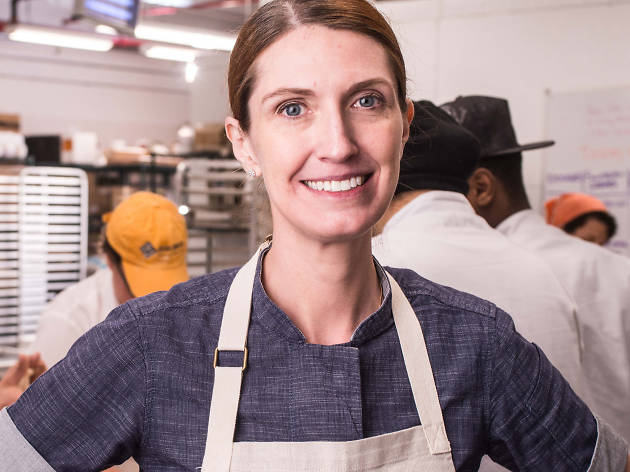 When it comes to dough, there aren’t many types Melissa Weller hasn’t made. During her years as a culinary student—studying abroad in France, working under Gina DePalma at Babbo, managing the 101 breads available at fine-dining stars Per Se and Bouchon, and churning out rustic, wood-fired breads at Roberta’s—she fell in love with the history and culture behind the carb. “I’m not Jewish, but I’m making all these products that are considered Jewish,” says Weller. “I love to delve into the cultural aspects of food, like how rye is also used in German and Danish breads.”

But baking wasn’t always her bread and butter. Weller started as a chemical engineer. “I didn’t love my job, but I loved dinner parties,” she says of her time in the nine-to-five world. After taking a severance package when the company announced its closing, she worked her way into a spot at the French Culinary Institute, now called the International Culinary Center, and then a job at Sullivan Street Bakery. In 2013, Weller turned heads with the East River Bread bagels she sold at Smorgasburg—including those of the seemingly unstoppable trio at Major Food Group (Carbone, Parm et al.). The baker met with the hit makers, and Sadelle’s was born. “I think our backgrounds aligned, and we’re on the same page in terms of our palate,” says Weller of the new joint venture. “They do savory exquisitely, and I think I do bread exquisitely.”

While Weller has certainly leapt into the big time with Sadelle’s, she doesn’t plan to rest on her laurels anytime soon. She already hopes to expand to a second location and go wholesale. Really though, it boils down to this: “I just want to continue to make more bread.” 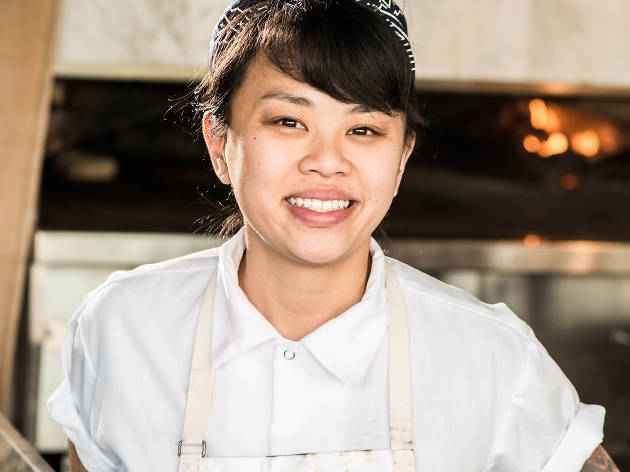 After four years of working at an ad agency, Dianna Daoheung was at a crossroads. She could either buckle down and make it her career or start from scratch and give her love of baking a go. “As a kid, I would make things that made a mess,” she laughs. “My first cake was out of flour, water and salt.” So she took the pastry path and enrolled at the International Culinary Center.

Daoheung first met Noah Bernamoff when she joined the team as a second line chef at Mile End a month after it opened. When Bernamoff wanted help expanding into a line of Jewish breads, he offered the gig to Daoheung, and it eventually led to Black Seed. “At Mile End, we made Montreal bagels, and I started with that recipe and adapted it,” she says. “At a minimum, there were 20 variations to get here.”

A day at her current gig, Black Seed, begins around 4am, when she lights the wood-burning oven. “No one else is here,” says Daoheung. The First Avenue shop is still new, and she’s working on a 25 percent larger menu than Mile End’s. “As we add more dishes, I want to use nontraditional influences, like sesame oil and ponzu, but I never want to cross the line into an Asian-fusion-Jewish restaurant.”

Of her relationship with Bernamoff and Kliegman, she says, “They’ve come to trust that if I’m being stubborn, it’s for a good reason.” As for her rise, she notes, “I’m not in this to be a world-famous chef. I need someone to hold me accountable. They’ve been the most amazing bosses. They even made me go on a weeklong vacation.”