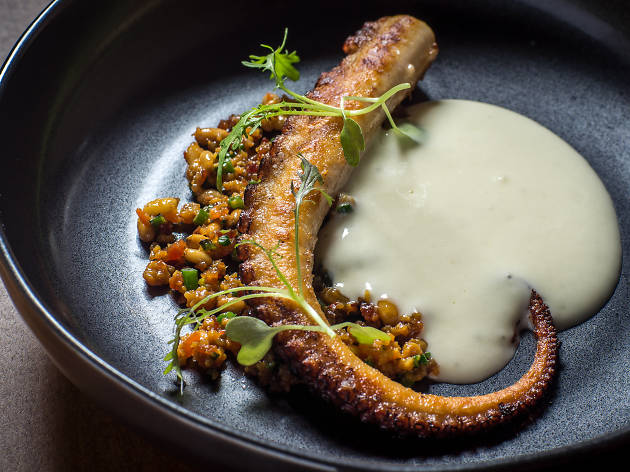 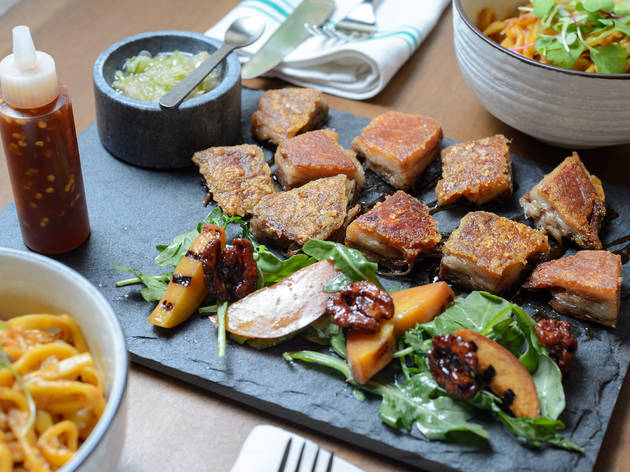 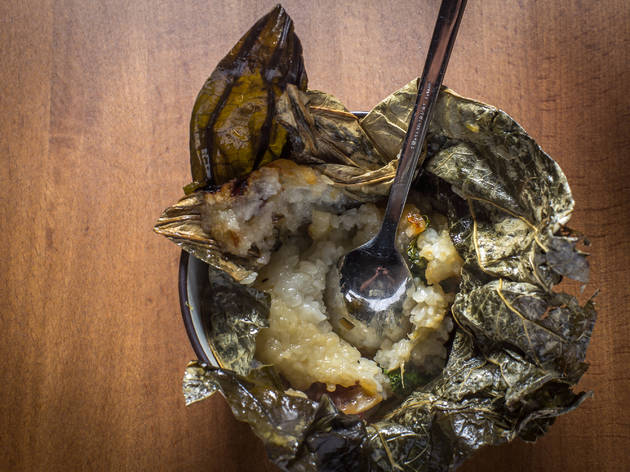 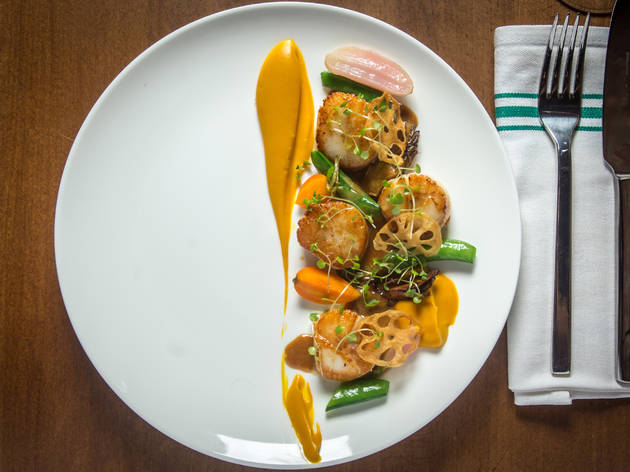 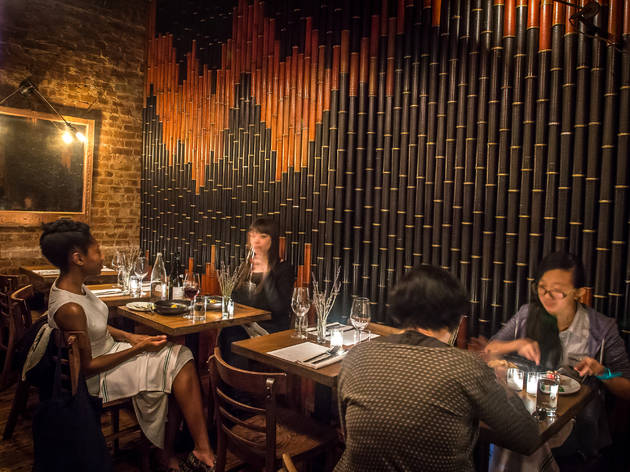 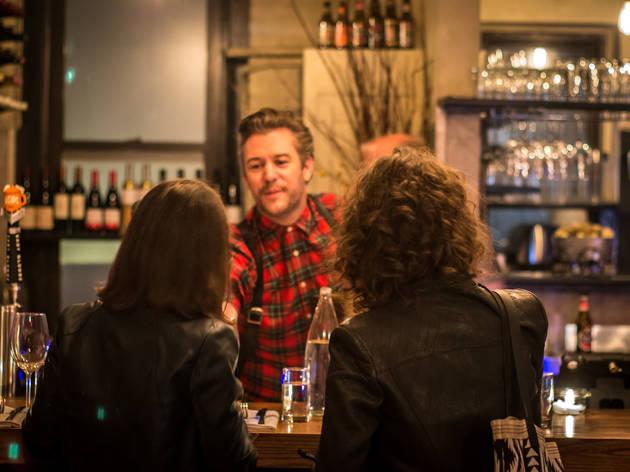 New York’s fine-dining dynasty is vast, succeeded by enough distinguished descendents to rival a noble family. After honing the course progressions and tweezer-food plating of their predecessors, eager chefs move out of the city’s most storied kitchens to carve their own lineages: Richard Kuo spread his wings with wine-sloshed Pearl & Ash after paying his dues at wd~50 and Corton, while former Daniel Boulud lieutenants Rich Torrisi and Mario Carbone cemented their status with red-sauce hits Parm and Carbone.

For his own departure, Thomas Chen, who tended burners at Eleven Madison Park and Commerce after culinary school, opted for a more relaxed, personal New American spot in the East Village (yes, that means reclaimed wood and exposed brick), a candlelit adult reprieve from the booze-soaked buffoonery of the neighborhood’s college haunts. There, Chen proves that though you can take the boy out of fine dining, you can’t take the fine dining out of the boy.

Those high-minded tendencies, along with labor-intensive techniques,

are on display in plates like pan-seared octopus ($18), which requires some siphon pageantry: the sake-cooked tentacle is hit with a tableside froth of fingerling potato-and–brown-butter espuma (fancy speak for foam) along with house-made pork XO sauce, chunky with caramelized swine, dried shrimp and pine nuts. Oxtail ($13), nestled inside cumin-spiced spring rolls, takes half a day to braise. The result is textbook tender meat, fortified with bone marrow and cilantro cream.

The finest dishes deftly marry Chen’s Chinese-American heritage and that technical prowess: In the Pig Out (for two, $54), tiles of crispy-skinned, confit Berkshire pork shoulder are cured with ginger, thyme and garlic, then cooked in duck fat for 15 hours. The meat arrives juicy on a slate slab, served with condiments (ginger-scallion sauce, house-made lime sambal) and sides including a grilled-peach–and-walnut salad and two bowls of spicy, chewy peanut noodles.

Chen has focused acutely on his training, carefully curating a tight menu with razor-sharp precision and admirable restraint, but at Tuome, he should take cues from some of the unbuttoned, East Village–prowling amateurs: Sometimes, you’ve got to rebel against refinery and get a little turn’t up instead.