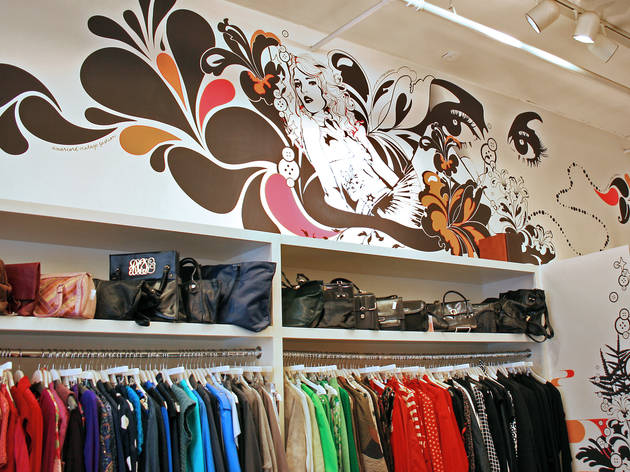 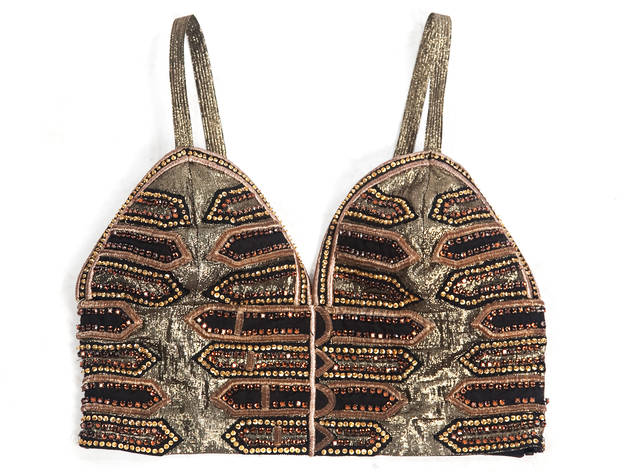 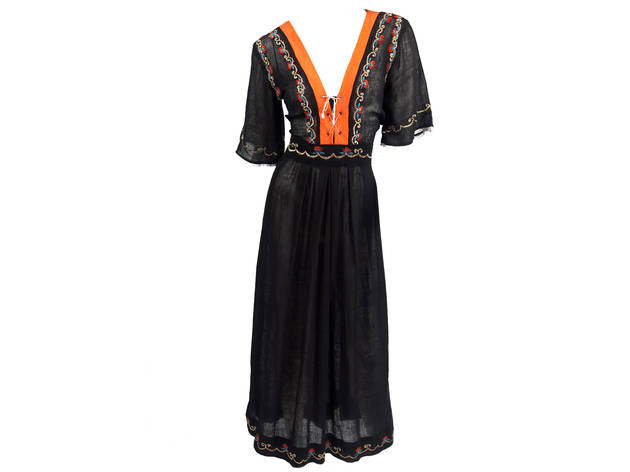 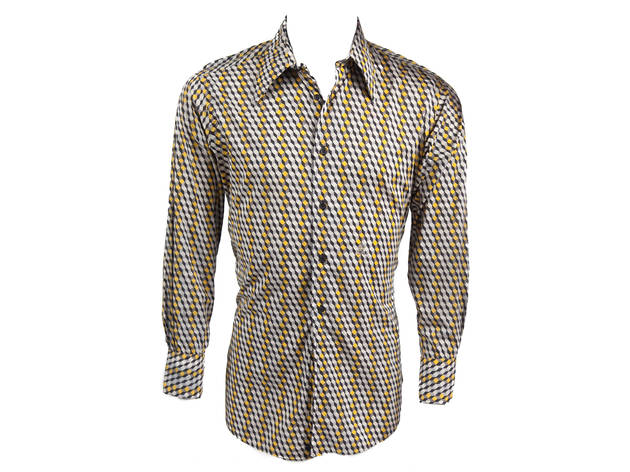 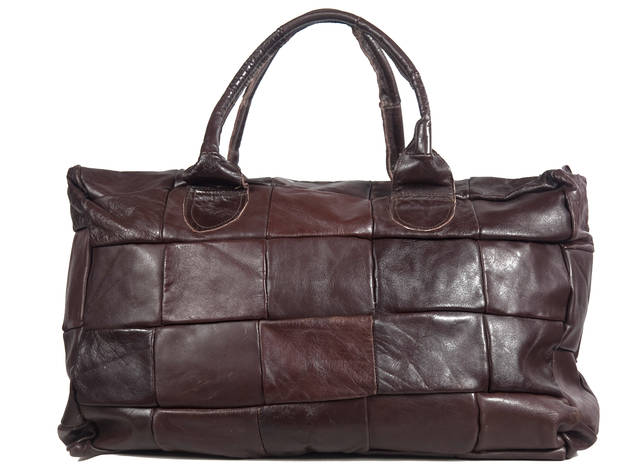 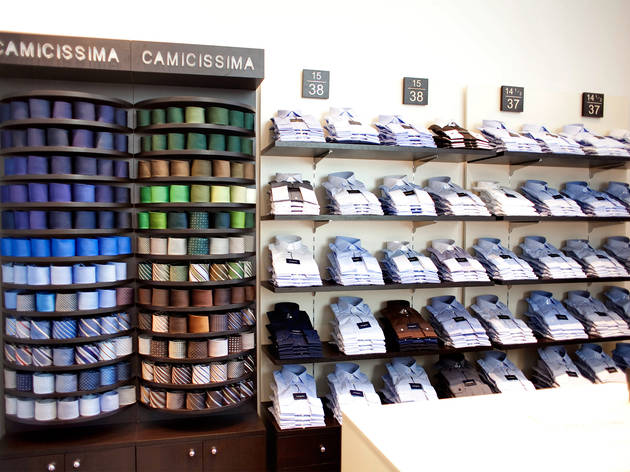 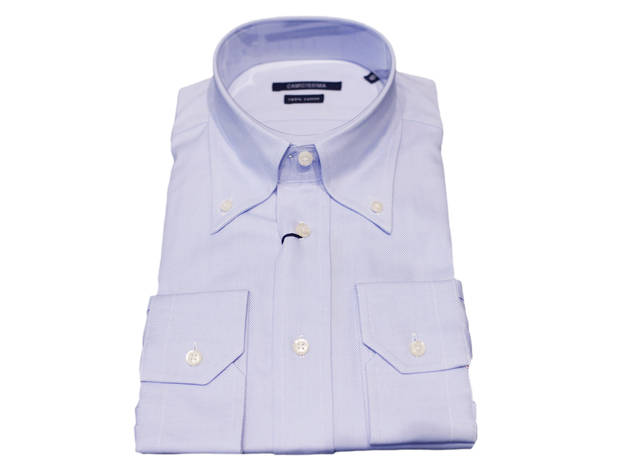 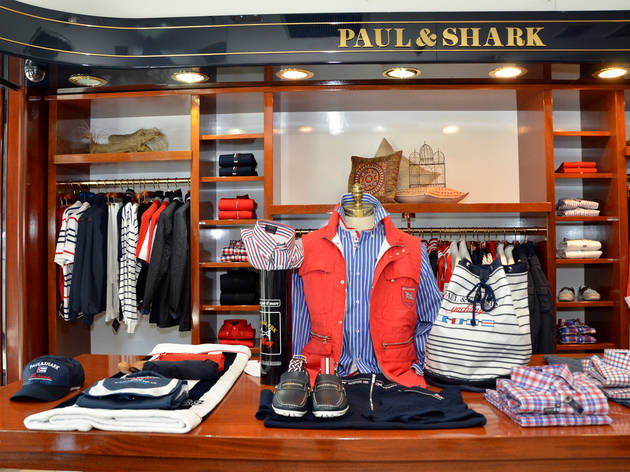 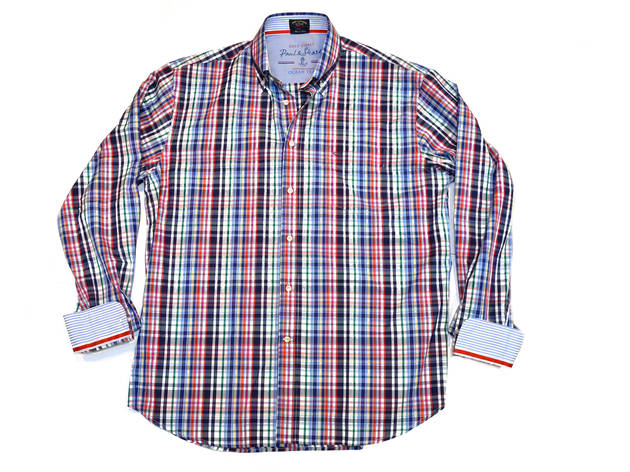 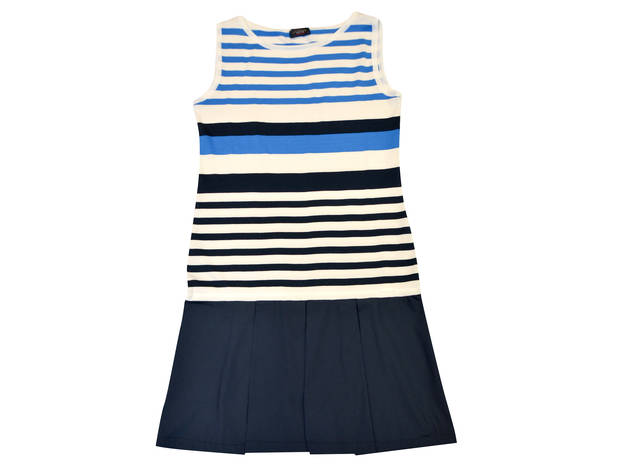 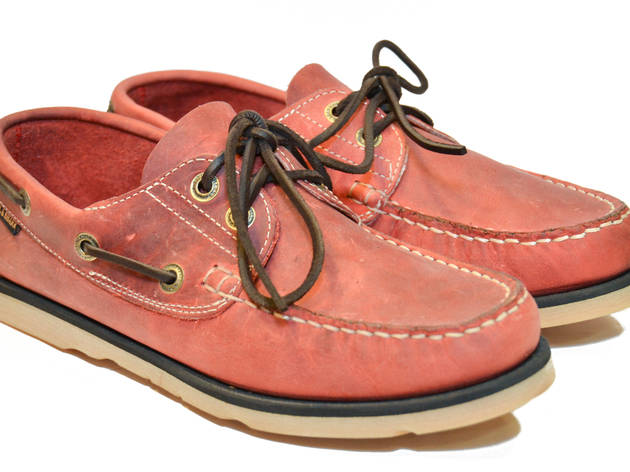 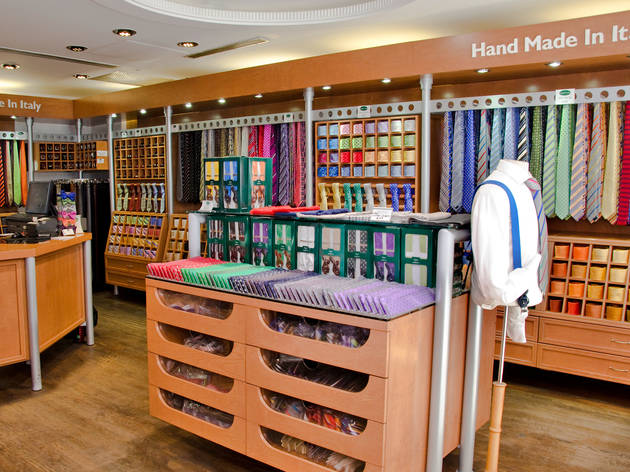 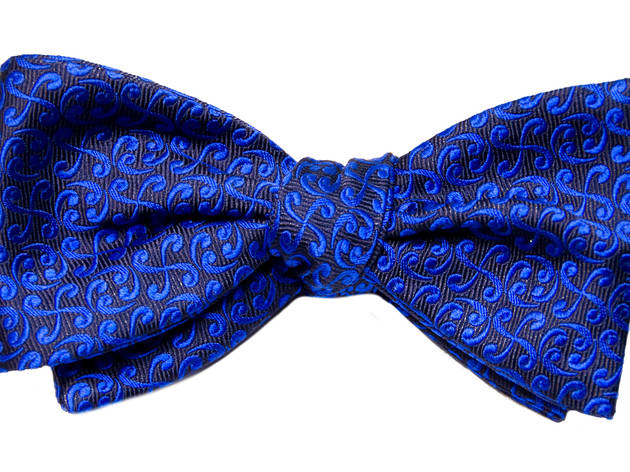 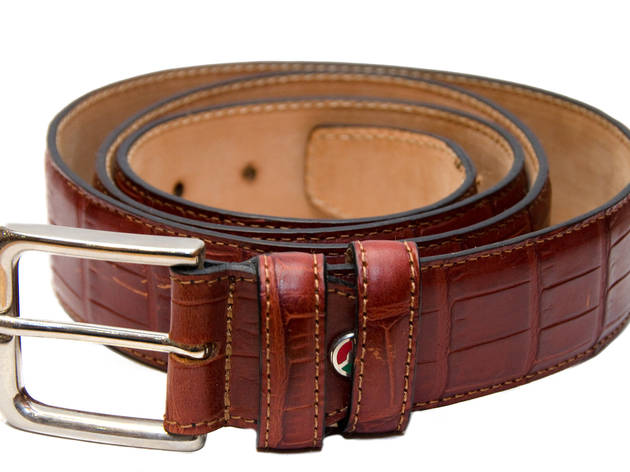 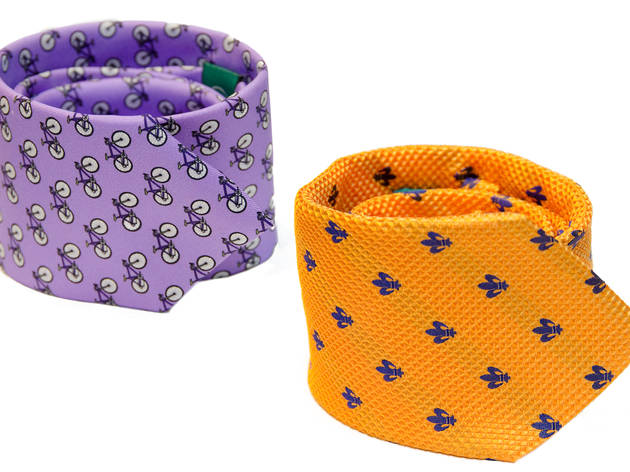 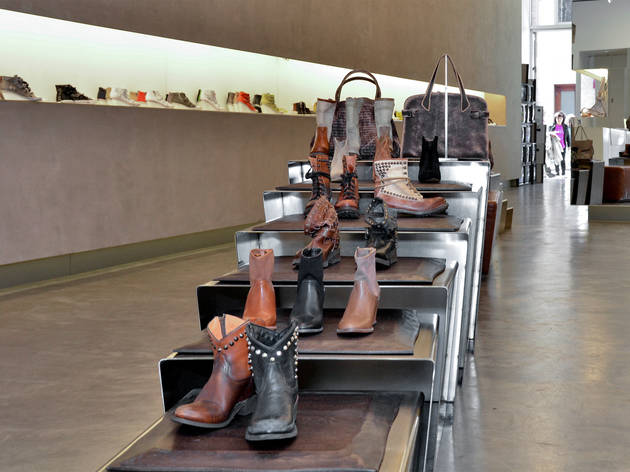 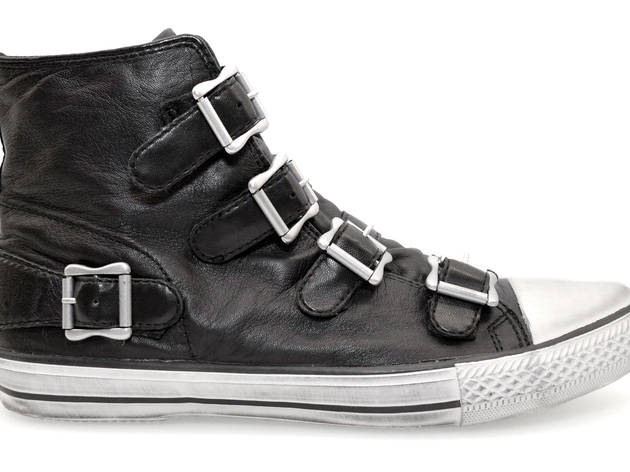 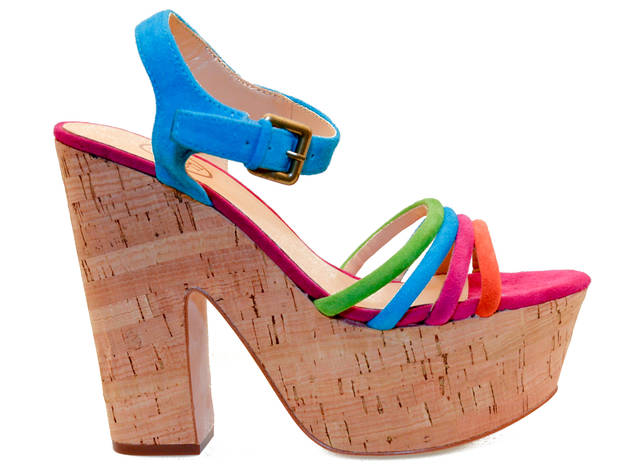 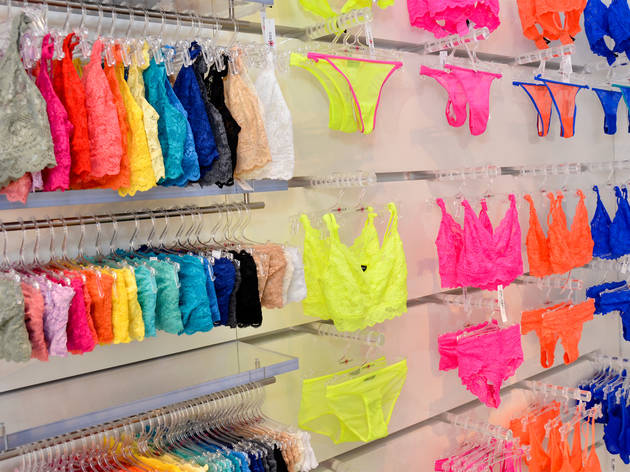 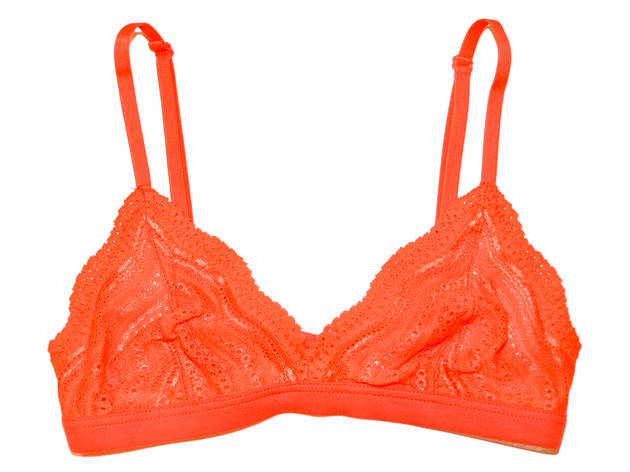 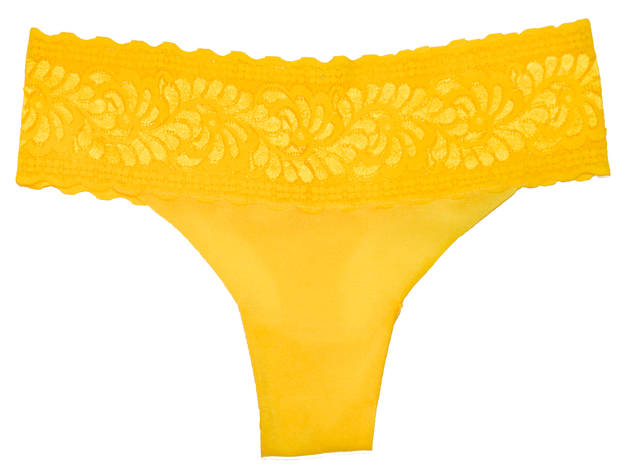 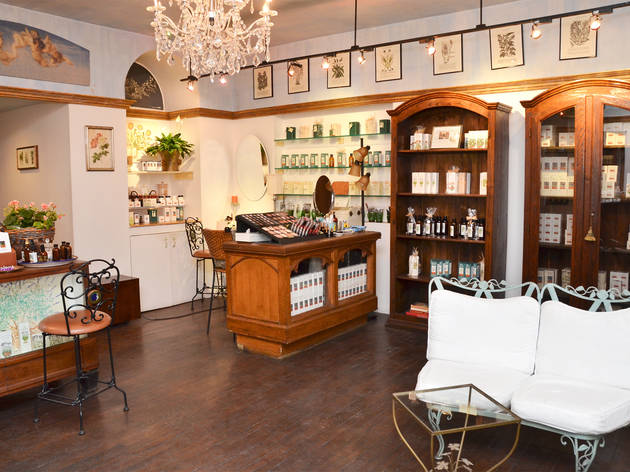 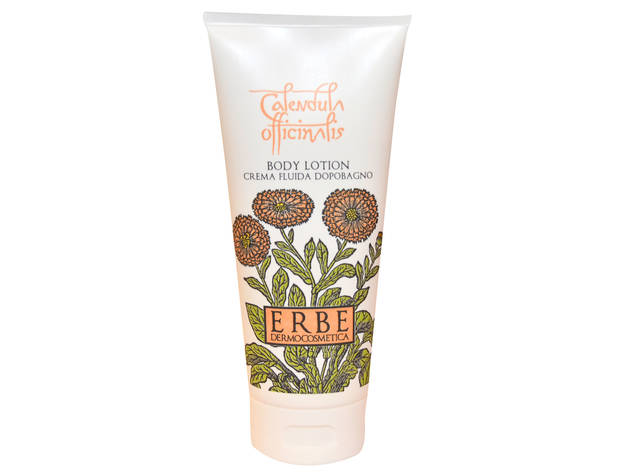 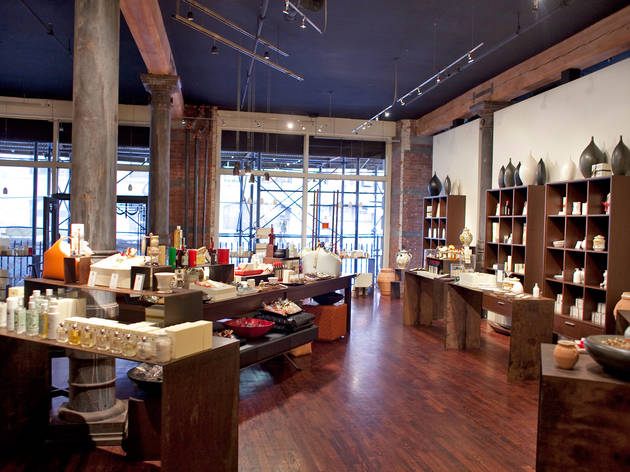 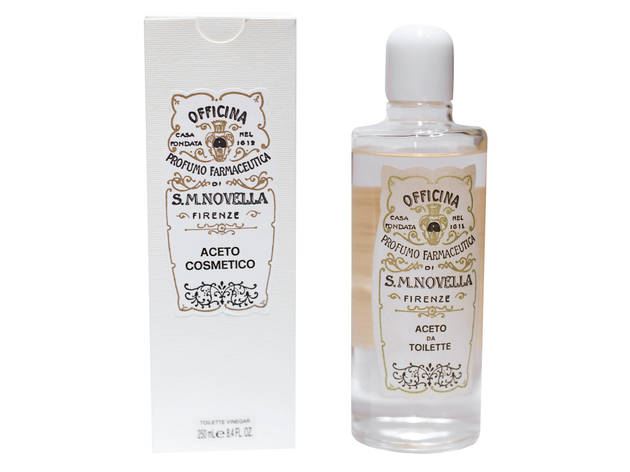 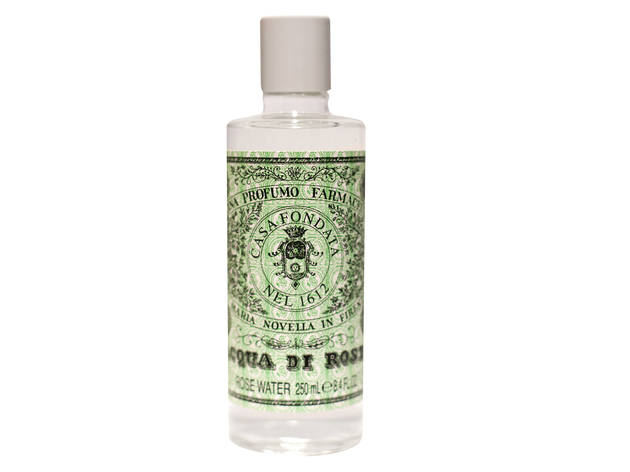 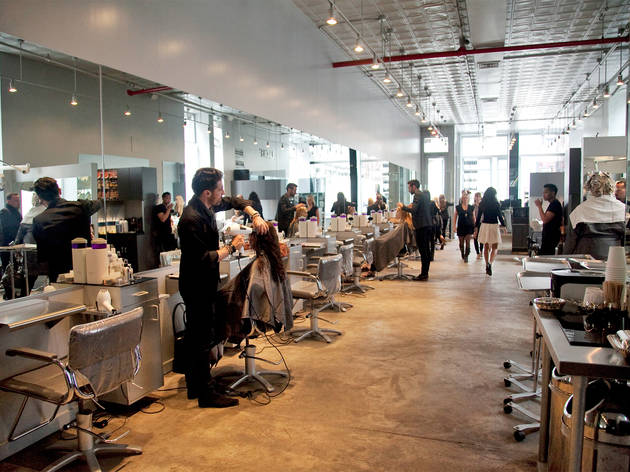 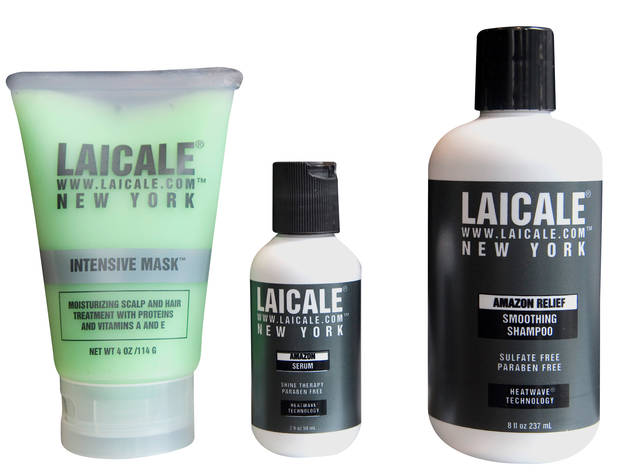 Amarcord
The name of this upscale vintage store means “I remember” in the Italian dialect of Romagna—a fitting moniker for a boutique filled with goods from as early as the 1800s. Owner and Rimini native Patti Bordoni stocks both locations with decades-old duds in pristine condition that she sources from frequent trips to her homeland. Expect to find well-known Italian designers such as Missoni, Dolce & Gabanna and Salvatore Ferragamo mixed in with other European labels that fit Amarcord’s edgy, mod aesthetic. The larger Soho space carries the majority of the higher-end pieces: To wit, we recently discovered a Gucci sheer tank ($80) and an ’80s Versace sequined bustier ($400). There’s also a plentiful men’s section, where we spotted a Dolce & Gabbana silk suit jacket ($125) and an Umberto slouchy knit sweater ($125), plus an abundance of Italian leather bags, such as a Vera Pelle large rugged duffle ($235) that’s ideal for weekend getaways. The Williamsburg spot is smaller and a bit more eclectic, featuring pieces such as an Oleg Cassini geometric-print men’s button-up ($125) and a ’70s embroidered maxidress ($145). 252 Lafayette St between Prince and Spring Sts (212-431-4161) • 223 Bedford Ave between North 4th and 5th Sts, Williamsburg, Brooklyn (718-963-4001) • amarcordvintagefashion.com

Camicissima Milano
You don’t need to have a Berlusconi-size bank account to rock chic Italian-tailored office wear, thanks to this Milanese company that specializes in slim-cut men’s shirts. The store encourages bulk buying, offering deep discounts when you purchase multiples of its all-cotton oxford button-ups ($50 each, three for $100). The tops are organized by neck size, displayed on wood shelves and offered in every color imaginable, with a heavy slant toward stripes and shades of blue. For neckwear to match, head to the back of the store to pick up Italian silk ties ($30 each, three for $60) in a rainbow of hues. The mass-buying mentality also applies to the smaller selection of lightweight, woven cotton sweaters ($70 each, two for $90), which are perfect for casual Fridays. 509 Madison Ave at 53rd St (212-207-4515) • 1607 Broadway between 48th and 49th Sts (212-247-1271) • camicissima.com

Paul & Shark
This ultrapreppy Varese-based brand started producing fabric in 1921 and expanded into sportswear in the ’70s. Today, the company is known for its functional yachting gear that doubles as casual, nautically inspired staples. The handsome Upper East Side store, bedecked with marble floors and wood shelving, is the only place in the city to find the line’s colorful, logo-driven pieces for men and women. Technical boating duds, such as water-resistant and windproof zip-up sweaters ($739), can set you back molti soldi, but you’ll also find more affordable summer basics, including men’s plaid cotton oxfords with contrast gingham trim ($209) and drawstring linen pants ($315), plus ladies’ sheer blouses ($185) and striped drop-waist dresses ($389). No sea-loving shop would be complete without boat shoes, and Paul & Shark has plenty, among them colorful leather topsiders ($349) and rubber-sole canvas sneakers ($169). 772 Madison Ave between 66th and 67th Sts (212-452-9868, paulshark.it)

Andrew’s Ties
Don’t let the American-sounding name fool you: This men’s neckwear label has been producing ties in Milan since 1991. The brand’s well-priced cravats ($49–$99) are popular in its native country, where it has more than 40 locations, but remain relatively under-the-radar in the States (there are only six shops in the U.S). Both New York storefronts are pint-size yet filled to the brim with neckties in a variety of vivid shades and prints, ranging from classic paisley and plaid to quirky floral and polka-dot patterns. All styles, including the thickest version made from seven folds of fabric ($99) and a classic cut that comes in both regular and skinny widths ($49), are handmade from Italian silk. Two exceptions are houndstooth wool ties ($59) and bow ties ($55), which are more appropriate for winter. Other finishing touches include marble cufflinks ($210), leather belts ($89) and printed silk pocket squares ($25). 400 Madison Ave between 47th and 48th Sts (212-750-5221) • 30 Rockefeller Plaza at 49th St (212-245-4563) • andrewstiesusa.com

Ash
Designed in Florence, this fashion-forward footwear label has made a name for itself by turning out Italian leather kicks at moderate prices. The long and narrow flagship is Ash’s first stateside store, where you can find men’s and women’s shoes displayed on built-in shelves that run the length of the spare gray store. The women’s section features heavily embellished styles, such as leather sandals with skull details ($195) and rainbow-strap cork wedges ($215). Men’s offerings are a bit subtler, including the brand’s signature leather-buckle sneakers ($200) and leather gladiator sandals ($200). 44 Mercer St between Broome and Grand Sts (646-422-7098, ashfootwearusa.com)

Cosabella
Founders Ugo and Valeria Campello moved to Miami from Pordenone in the ’80s and were dismayed at the lack of Italian lingerie available in the U.S. The married couple began importing styles that they favored, selling them door-to-door, and eventually starting their own line in 1983. Cosabella (which translates to “beautiful thing”) is best known for its brightly colored underwear that manages to be both provocative and comfortable. The U.S. flagship—housed in a converted garage—has the full range of products, including bras ($50–$133), panties ($20–$57), sleepwear ($45–$199) and bathing suits ($70–$170). In the back of the brick-walled space, you’ll find cutout one-pieces ($170), lace floor-length nightgowns ($225) and leopard-print robes ($140). Up front, peruse lacy triangle bras ($53), mesh hipster panties ($32), nude bras ($132) and seamless thongs ($20). 220 Lafayette St between Broome and Spring Sts (212-405-1190, shop.cosabella.com)

Erbe Spa and Boutique
Taking its name from the Italian word for herbs, this skin-care shop and spa is modeled after the traditional herbalist apothecaries found throughout Italy. Rome native Carmen Miraglia opened Erbe in 1988, and now spends most of her time tinkering with the brand’s all-natural formulas in her mother country. Descend into the subterranean, wood-laden space to browse the beautifully packaged products, including lightly scented lemon hand cream ($32) and calendula body lotion ($69), which naturally helps diminish the appearance of stretch marks. There are also three quaint treatment rooms for purifying aromatherapy facials (60mins, $120), essential-oil–based aromatherapy massages (60mins, $120), antioxidant-rich botanical compress facials (60mins, $160) and waxing ($20–$80). 196 Prince St between MacDougal and Sullivan Sts (212-966-1445, erbeskincare.com)

Santa Maria Novella
Founded in 1412 as a Florentine infirmary, Santa Maria Novella opened to the public 200 years later as an apothecary. Its time-tested bath, body and home products are distributed in the States by fragrance distributor Lafco New York, and this joint shop is the primary place in the city to stock up on the heritage goods. Wrought-iron doors, large pillars and vintage apothecary jars exude an old-world European charm. Peruse indulgent items such as rosewater toners ($28), pomegranate-milk body lotions ($85) and men’s olive-oil–infused shaving foam ($28) laid out on rustic metal tables. Many wares are still made using the brand’s ancient recipes, including cosmetic vinegars ($52) that treat dry skin and dandruff, toothpaste ($20) formulated with Florentine iris root to prevent bleeding in sensitive gums, and secret-recipe potpourri ($35). 285 Lafayette St between W Houston and Prince Sts (212-925-0001, lafcony.com)

Laicale
A third-generation hairdresser, Tuscany native Fabrizio Fiumicelli opened his first Laicale salon in Pisa in 1988 and expanded to New York 11 years later. Frequented by the fashion set (Adrianna Lima, Derek Lam and M.I.A. are clients), the large, all-gray space has an ultratrendy European vibe backed by a booming house-music soundtrack. Allow the warm and friendly staff—a quarter of whom are Italian—to serve you a gratis cup of tea and biscotti before your service while you peruse the selection of international fashion magazines, such as Oyster, Vogue Italia and Flaunt. Haircuts for both sexes ($85–$160, depending on stylist seniority) begin with an intense head massage and result in natural-looking—not overly coiffed—tresses. Other services include blowouts ($75–$85), updos ($120–$150) and Brazilian keratin treatments ($70–$300). You can also pick up sulfate-free soothing shampoos ($16), mint-infused conditioning hair masks ($17) and moisturizing serums ($18) from the salon’s own product line for a similarly sleek mane at home. 129 Grand St at Crosby St (212-219-2424, laicale.com)