Once more unto the breeches, dear friends, once more! The American-history musical 1776 is not, in itself, unfamiliar: Sherman Edwards and Peter Stone’s tunefully educational account of the process leading up to the Declaration of Independence was a hit in 1969, and its 1972 film adaptation soon became a television staple; it has since returned in major productions on Broadway (in 1997) and in the Encores! concert series (in 2016). Yet the Roundabout’s latest revival of the show doesn’t feel stiff: It infuses this august body of show with a rush of fresh blood.

The most obvious difference between this version of 1776 and previous ones is in the casting. The members of the Second Continental Congress were all white men, but in this production, directed by Jeffrey L. Page and Diane Paulus, they are played by an ethnically diverse company of actors who identify as female, trans or nonbinary. (The two female roles are still played by women.) The performers enter in modern dress, then step forward to the footlights to slip into buckled shoes and pull up their stockings. Their ornately patterned and delicately colorful coats, designed by Emilio Sosa, are openly donned as costumes, as though to ask: Haven’t they always been costumes? And if so, can’t anyone wear them?

Now more than ever, 1776 registers as a companion piece to Broadway’s other current Founding Fathers musical, its bastard child Hamilton. In their emphases, however, the two shows are very different. John Adams (Crystal Lucas-Perry)—who is only mockingly name-checked in Lin-Manuel Miranda’s smash—is the hero of this story, no longer unsung; conversely, George Washington makes only epistolary appearances in 1776, as the author of letters despairing about the sorry state of his ragtag army. The one major character the musicals have in common, Thomas Jefferson (Elizabeth A. Davis), is unrecognizable from one show to the other: The showboat and slaver of Hamilton is, in 1776, a sensitive and recessive humanitarian who tries to include an anti-slavery passage in the Declaration. (Davis offsets Jefferson’s pale reserve with emotional violin playing, and her very pregnant body is a happy metaphor for a nation in gestation.)

One thing the two musicals do have in common is their interest in making historical characters come to modern life by including their imperfections. “What will posterity think we were—demigods?” says 1776’s epigrammatic but pragmatic Benjamin Franklin (Patrena Murray, imperturbable in Whoopi Goldberg dreads). “We're men—no more, no less.” That line, of course, acquires a pointed irony in the context of this staging. But Edwards, who conceived the show and wrote its score, had been a high-school history teacher, and his passion for his subject is evident in the care that 1776 takes in laying out the divisions within the group of irresolute state delegates grappling toward a resolution. It is a testament to the strength of Stone’s script—which dominates the stage, uninterrupted by song, for several long stretches—that the many characters emerge with such individual clarity: Their positions and personalities are clearly delineated with remarkable narrative economy. 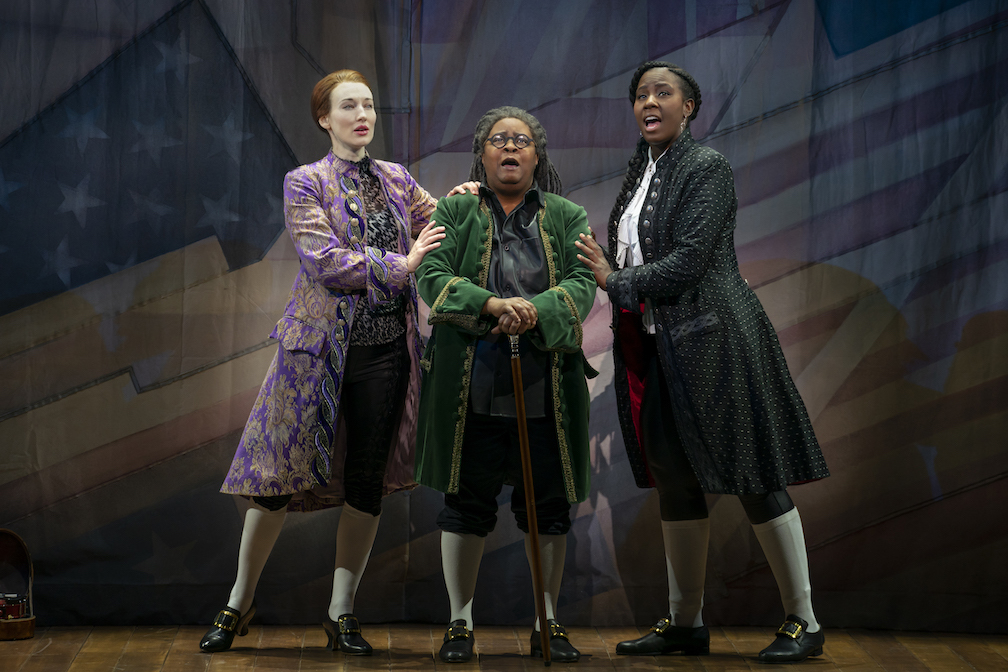 In this respect, the production also benefits from a very fine ensemble cast. Some of the actors get showcase songs to set them apart: Carolee Carmello, with patrician bearing and a voice that could cut diamonds, leads “Cool, Cool Conservative Men” as the independence-skeptical John Dickinson; Shawna Hamic, as Southern liberty bell Richard Henry Lee, belts merrily through the adverb-laden “The Lees of Old Virginia”; Sara Porkalob, as Deep South heavy Edward Rutledge, rips through the gentility of the proceedings in “Molasses to Rum,” a mordant reminder of the North’s complicity in the slave trade. With an effective sense of emphasis, both Scott Pask’s set and the production’s previous color-blindness crack open in Rutledge’s number; equally powerful is Salome B. Smith’s “Momma, Look Sharp,” which—in the production’s most salient musical transformation—renders this previously wistful war story into a howl of grief. Allyson Kaye Daniel is a stalwart Abigail Adams (who has been given a brief protofeminist speech), and Joanna Glushak provides crusty comic relief as a tippling rep from Rhode Island.

Appropriately hard at the edges, this 1776 is just a bit soft in the middle. The tall, loose and sympathetic Lucas-Perry seems miscast as the “obnoxious and disliked” Adams, who is meant to be defined by his irritating truculence. (Kristolyn Lloyd takes over the role starting October 25, when Lucas-Perry departs to rejoin the cast of Ain’t No Mo.) And although Eryn LeCroy delivers the song charmingly, Martha Jefferson’s “He Plays the Violin” is a strange spot for an intermission; for all its sexual innuendo, it’s in no way a dramatic climax. Even so, 1776 succeeds where it counts: It sustains a sense of suspense about events whose outcome we know going in. You leave the production newly amazed by the radical contingency of history as we know it—how close it came to falling out differently, and what it cost to get there—and the prospect feels at once scary and freeing. The spirit of ’76 still haunts America, for better and for worse. Who will step forward to channel it? 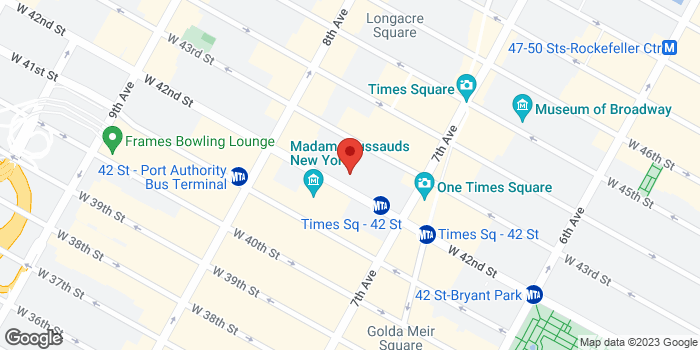