Bat Out of Hell—The Musical 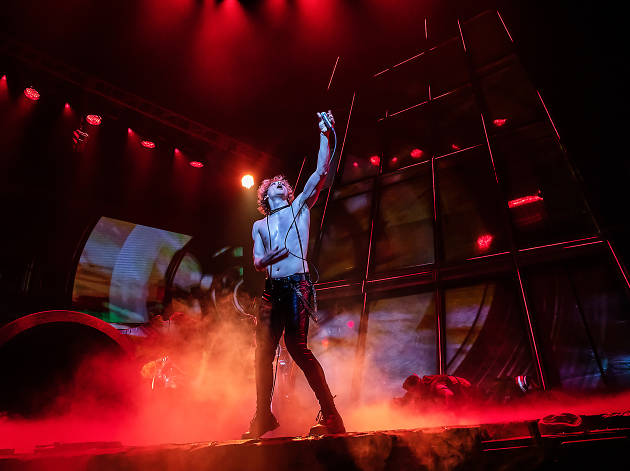 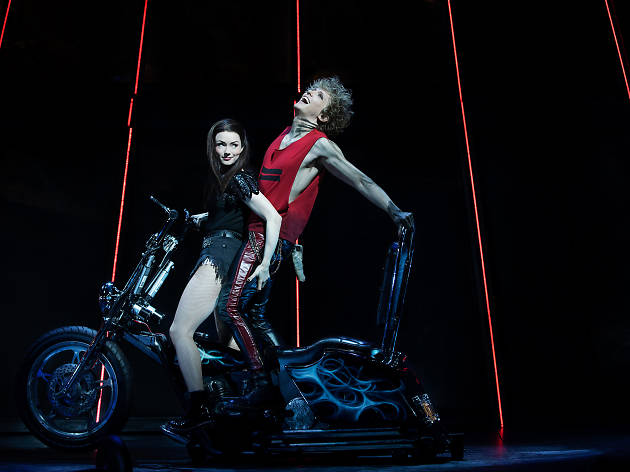 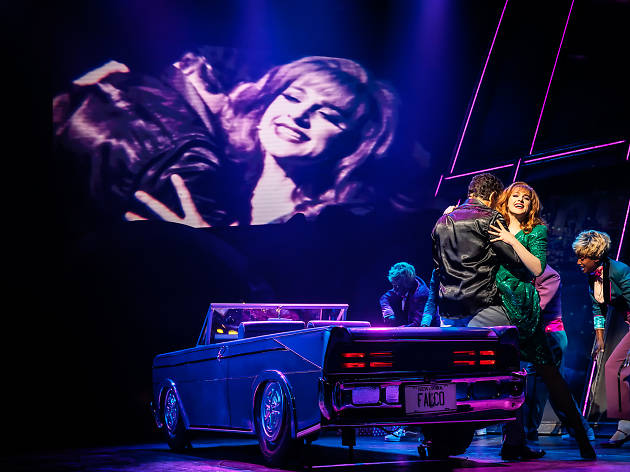 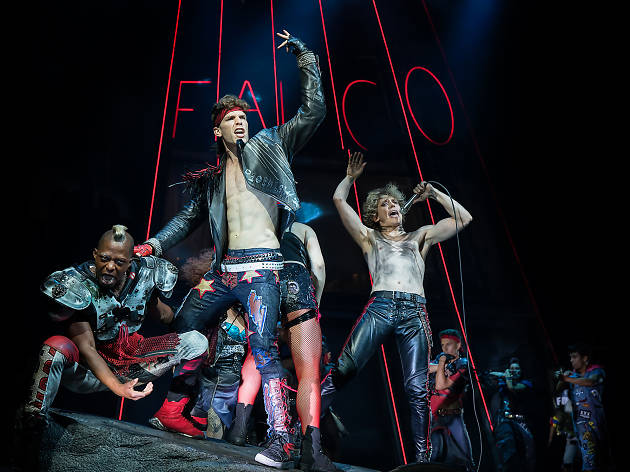 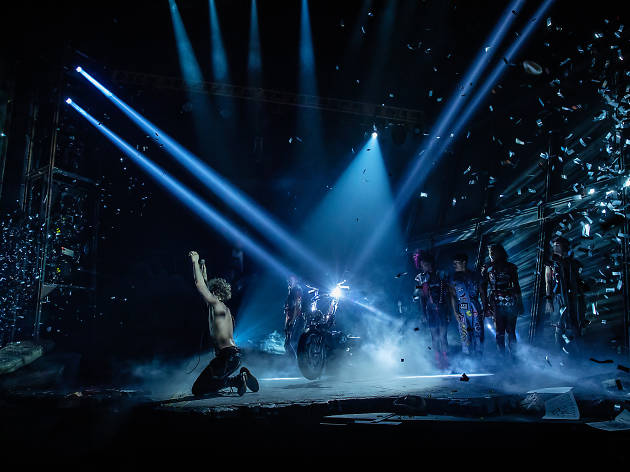 “If you don’t go over the top, how are you going to see what’s on the other side?” So says a character in Jim Steinman’s ludicrous new musical Bat Out of Hell, which certainly can’t be accused of not taking big chances. This postapocalyptic rock & roll parable throws off its helmet, revs its engines and rides full-throttle straight off a cliff.

Steinman has spent half a century assembling Bat Out of Hell from various parts, and he is credited with the show’s music, lyrics and book. Two out of three ain’t bad: The score features enjoyably bombastic songs made famous by Steinman’s beefy muse, Meat Loaf—including “I’d Do Anything for Love (But I Won’t Do That)” and “Paradise by the Dashboard Light”—as well as by Air Supply (“Making Love Out of Nothing at All”) and Céline Dion (“It’s All Coming Back to Me Now”).

But then there is the rest. For his plot, Steinman moves J.M. Barrie’s eternally young ruffians out of the Peter Pan and into the fire of a ruined city named Obsidian. (“Ever since the chemical wars, they’ve been mutants, their DNA frozen at the age of 18—that’s why they’re called freezers!”) These wasted youths are known as the Lost, and their leader is a lean, frequently shirtless danger boy named Strat, played in leather pants and eyeliner by Andrew Polec, who has a powerful voice and tall blond hair and looks like he has wandered in from the world’s weirdest production of Pippin.

Rebel though he is, Strat has the hots for Raven (Christina Bennington), the indolent virginal daughter of a Hadestown-y secondary couple: Obsidian’s plutocrat dictator, Falco (a strapping Bradley Dean), and his regretful wife, Sloane (Lena Hall, slumming hard). Raven flies into Strat’s arms; tears and tear gas follow, along with many duets, each of which seems roughly as long as Act II of Tristan and Isolde. There is an Éponine pietà for a dying minor character, and a motorbike crash in which—I think; clarity is not the show’s strongest suit—Strat literally loses his heart, then rubs blood on his chest while belting the title song as a first-act finale.

A jaw-dropping combination of horniness, corniness, portent and camp, Bat Out of Hell veers crazily in tone. Employing strategies from his experimental downtown-theater past, director Jay Scheib mostly enrobes the show in seriousness—there is a lot of projected live video, and scenes are briefly played in two locations at once—but sometimes strips it down to Rocky Horror Show–ish silliness. Like Steinman’s last venture into musical theater, the infamous 2002 flop Dance of the Vampires, the musical can’t seem to decide whether it's in on itself as a joke; it reels around with its tongue out, looking for a cheek.

For everything that works—the strong singing, Jon Bausor’s quick-changing set, an enjoyable duet for the Sonny and Cher–ish couple of Jagwire (Tyrick Wiltez Jones) and Zahara (Danielle Steers)—there are equal and opposite misfires: exhaustingly aerobic choreography by Xena Gusthart, costumes that look like castoffs from the space punks of Starmites. By the middle of the second act, much of the audience is openly giggling at what are meant to be somber moments. But that mockery includes a kind of pleasure. Crashes like this one—the fun kind, the what?! kind—don’t come along very often. Bat Out of Hell may be a fail, but at least it’s an epic one.