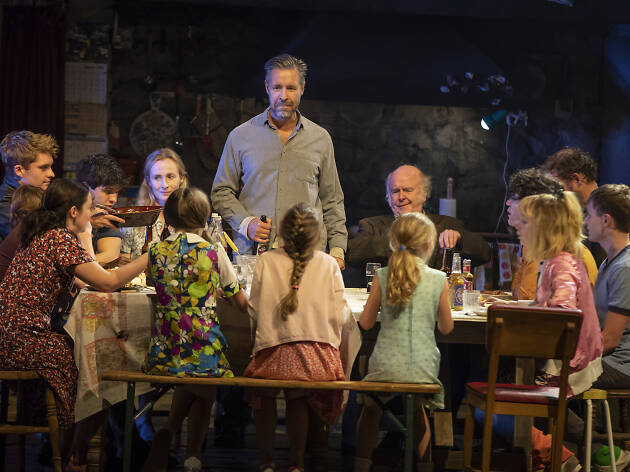 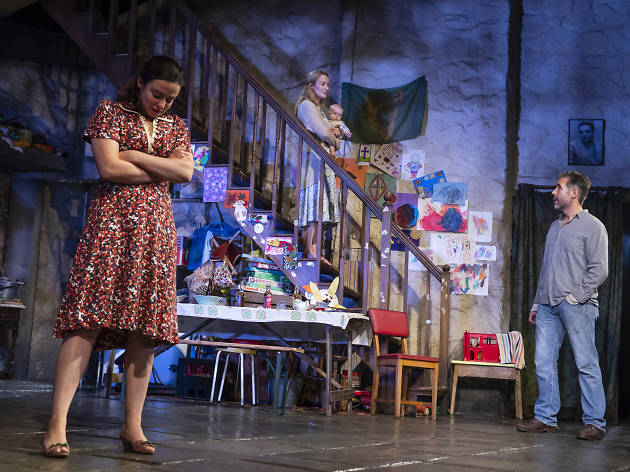 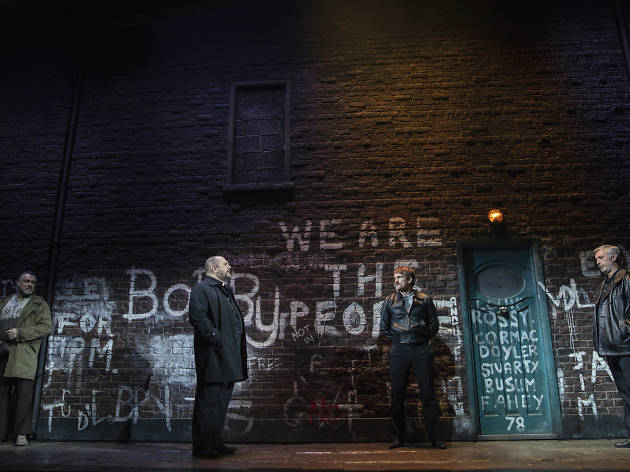 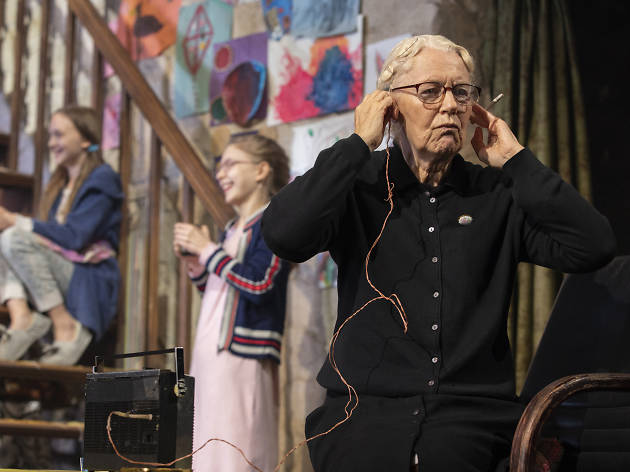 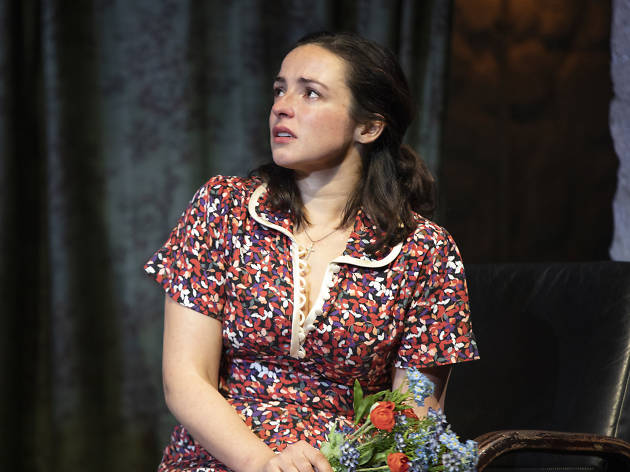 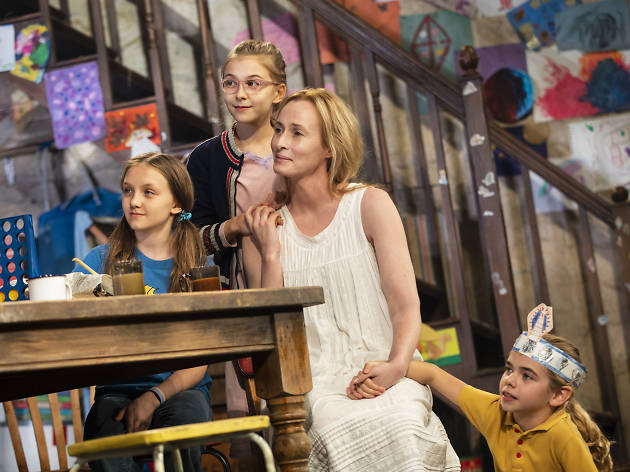 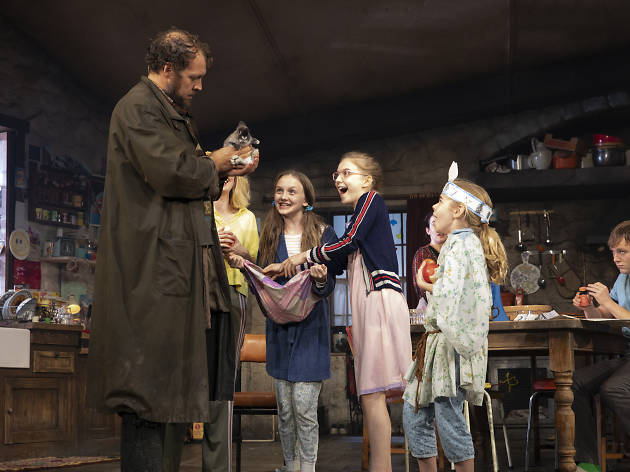 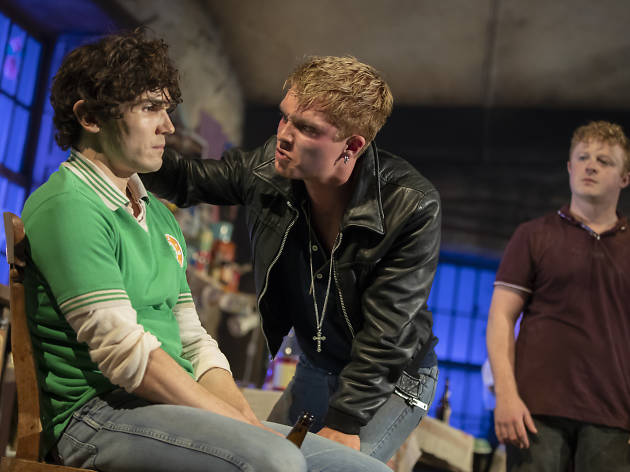 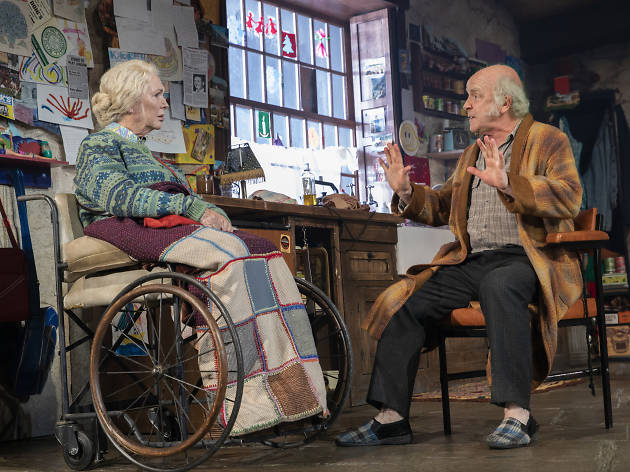 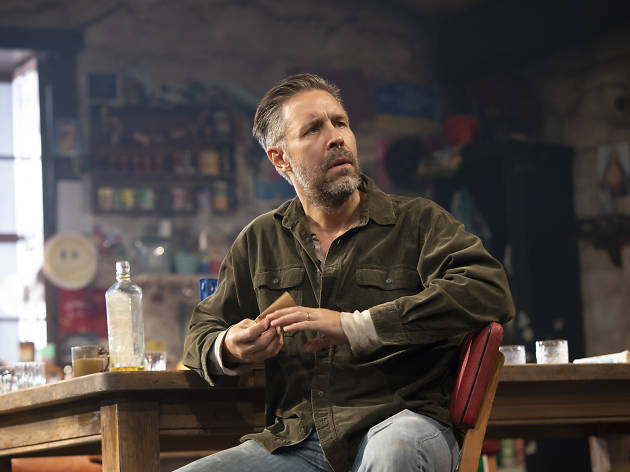 The must-see new Broadway drama of the year.

Jez Butterworth’s The Ferryman is a tremendously noisy play about silence and its price. Rob Howell’s expertly detailed set, festooned with memorabilia and kids’ drawings, depicts a farmhouse in Northern Ireland in 1981. More than 20 actors stream on and off the stage, including many children of various ages, plus a live baby and a goose; there is music, both traditional and contemporary, and a celebratory dance. The whole thrilling production seems alive, as few Broadway shows do, with the clutter and scope of reality.

It is harvest day, and for Quinn Carney (Paddy Considine) it starts with a sweet early-morning flirtation with Caitlin (Laura Donnelly). They seem a happy couple, but we soon piece together that she is not Quinn’s wife and the mother of his seven children—that would be the sickly Mary (Genevieve O’Reilly)—but the presumed widow of his long-missing brother, Seamus. As we have learned in the play’s prologue, Seamus’s corpse has just been discovered in a local bog, and the quietly menacing local Irish Republican Army warlord, Muldoon (Stuart Graham), is intent on ensuring that no one talks too much about how the dead man got that way.

Although it is more than three hours long, The Ferryman never drags, in part because Butterworth continually shifts and expands the play’s focus to what had seemed like side characters, such as the sometimes-lucid madwoman Aunt Maggie Far Away (Fionnula Flanagan), the slow-witted Tom Kettle (Justin Edwards) and the hotheaded young Shane Corcoran (Tom Glynn-Carney), who is overeager to prove his violent bona fides. Under Sam Mendes’s superb direction, and led by the heartbreaking Donnelly and Considine, the actors have a transportational group confidence. (Nearly all of them originated their roles in London earlier this year.)

At once a romance, a thriller and a multigenrational family drama, The Ferryman is also more than those things. As in Butterworth’s shattering Jerusalem, the action has overtones of larger stories: not just the long shadow of the Troubles—the dourly republican old Aunt Patricia (Dearbhla Molloy) still seethes about Dublin’s bloody Easter Rising of 1916—but also Irish legend, Elizabethan poetry and ancient Greek mythology. The people in this play grow from history, and to history they return. The Ferryman is a seismic experience at the theater: As it spins forward, its plates keep shifting under it. You sense the rumbles and you feel the shaking—the shaking might be you—as you wait for this magnificent and harrowing play to crack open.