Girl from the North Country 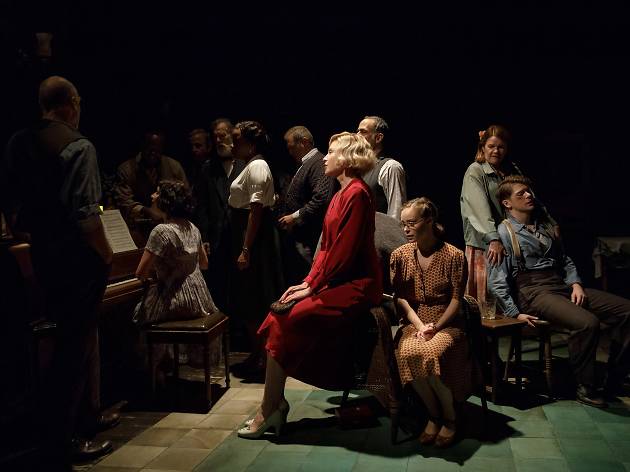 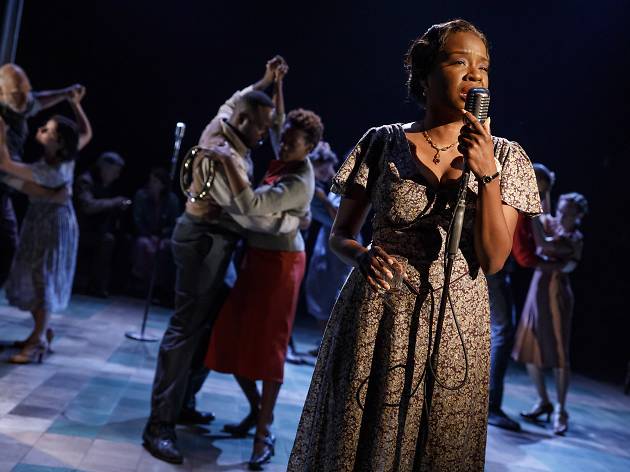 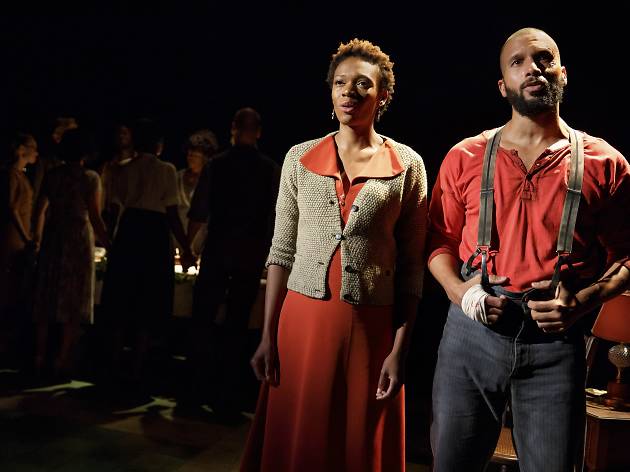 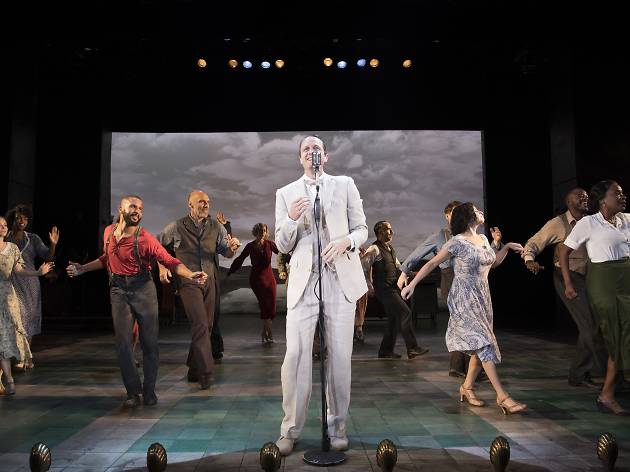 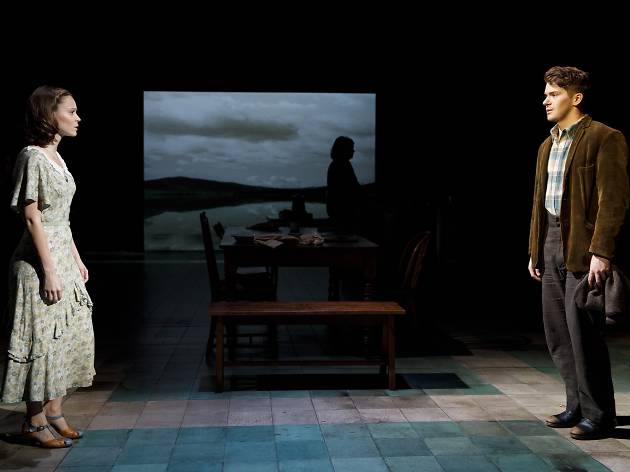 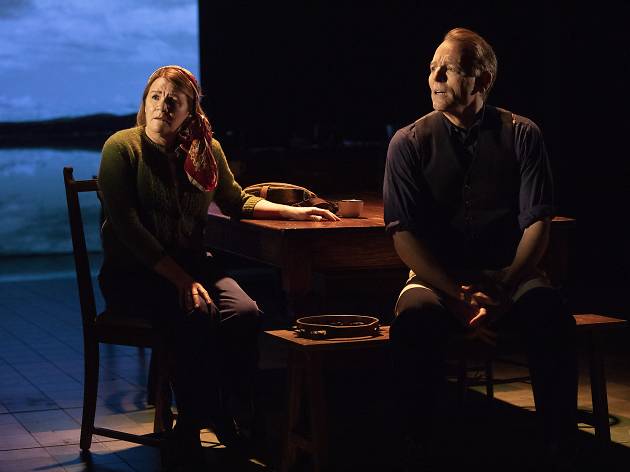 The great Irish playwright-director Conor McPherson spins a tale of strife in the Great Depression, set to songs by Bob Dylan.

The wind is everywhere in Conor McPherson’s Girl from the North Country. You can’t see it, but you can hear it, insistently, in the lyrics of the 20 songs by Bob Dylan that McPherson has woven into his adumbral evocation of America in the Great Depression. It’s the heavy wind of the title song, the howling wind of “Hurricane,” the wicked wind of “Señor (Tales of Yankee Power),” the wind of change in “Make You Feel My Love,” the idiot wind in “Idiot Wind.” What the show doesn’t give us is “Blowin’ in the Wind,” and the omission seems deliberate. McPherson gracefully avoids the trap of a greatest-hits survey; only three songs in the score are from Dylan’s cultural heyday in the 1960s, and even the most famous ones have been rearranged, truncated, combined into medleys. The show makes Dylan’s songs as unfamiliar as it can; it freezes them in timelessness.

Girl from the North Country takes place in 1934 at a boarding house in Dylan’s hometown of Duluth, Minnesota. Its exhausted proprietor, Nick (Stephen Bogardus), is on the verge of bankruptcy; his wife, Elizabeth (the superb Mare Winningham), has lost her mind, and absorbs her surroundings with the air of a fascinated, headstrong child. They have two children: Gene (Colton Ryan), a truculent would-be writer, and Marianne (Kimber Sprawl), who is pregnant. Guests include a sinister Bible salesman (David Pittu), a young black boxer on the run (Sydney James Harcourt), a widow (Jeannette Bayardelle) and a ruined couple (Marc Kudisch and Luba Mason) with a mentally deficient adult son (Todd Almond). Rae Smith’s set, faded at the edges by Mark Henderson’s lights, places them in a world of moving shadows. Trying to stay “one step ahead of the persecutor within,” they are haunted by tragedies of the past, present and future, but McPherson touches on these only glancingly. The same nimble hand is applied to social issues (there are allusions to sexual abuse and racial profiling) and to the songs, which are set in dramatic brackets. When the actors sing—and they sing gloriously—they usually leave the action of the play and face out to the audience, often planted at old-fashioned standing microphones.

McPherson is famous for plays about his native Ireland, including Shining City and The Night Alive, but he seems to have read up on 1930s America, or at least 1930s American literature. (The folksy, omniscient narrator played by Robert Joy might have wandered in from a neighboring production of Our Town; Almond’s innocently dangerous character is a wholesale lift from Of Mice and Men.) Girl from the North Country doesn’t have much plot, but it provides a compelling setting for Dylan’s plangent lyrics, whose range encompasses yearning (as in Ryan and Caitlin Houlahan’s moving rendition of “I Want You”), bitter confusion (as in Sprawl’s “Tight Connection to My Heart”) and grace (as in Winningham’s crowning “Forever Young”). McPherson uses Dylan’s songs as atmosphere in the broadest sense: They are the air the characters breathe. And when the musical’s cool gains force, it acquires a piercing chill.