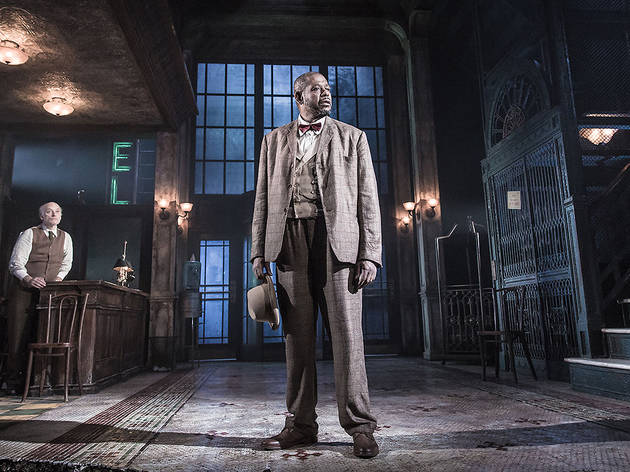 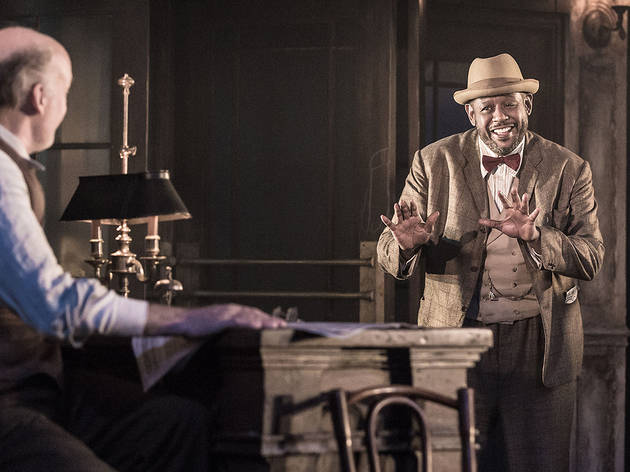 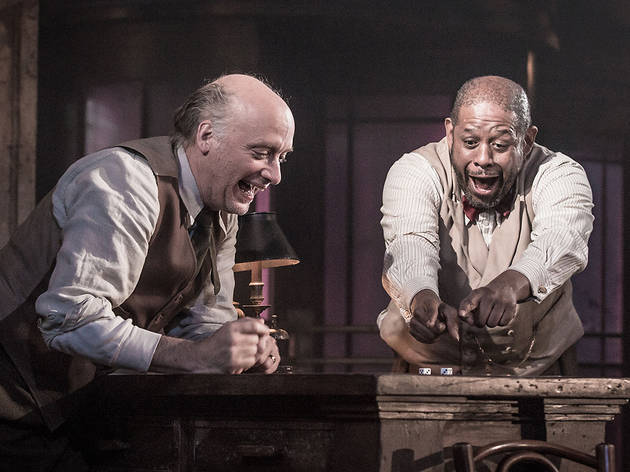 Contrary to what you might assume, Forest Whitaker doesn’t play the title role in Hughie, Eugene O’Neill’s 1942 portrait of a small-time crapshooter in a hotel lobby one desolate early morning. The name refers to a night clerk who recently died, leaving longtime boarder Erie Smith melancholy and haunted. Problem is, Whitaker doesn’t really play Erie, either. Yes, the accomplished film star is listed in the program and speaks Erie’s lines, but he misses the spirit of the character, leaving an unmistakable void not to be confused with the playwright’s poetic nihilism.

To use gambling lingo, the revival is a king short of a royal flush. A lot goes well: Frank Wood provides able support as a new night clerk, also surnamed Hughes, who blankly listens to Erie’s elliptical, jazzy blather about his success with “dolls” and how much dough he spent on roses for Hughie’s funeral. Wood’s role is tricky, requiring long stretches of deadpan stillness and barely active listening, but he fills it well.

The physical production—sleekly directed by Michael Grandage—is grimly gorgeous to a fault. Designer Christopher Oram’s lobby is nakedly infernal: A big vertical upstage sign is conveniently hung so the neon reads HOT or HEL, depending on your seat. I’ve never seen such a terrifying staircase as the one that leads up to Erie’s room, which he glumly calls a “cell.” And the sickly, sooty lighting by Neil Austin—dissolving into saturated green washes—adds to the ghostly underworld feel.

We get it: Erie is a damned soul in torment—but Whitaker portrays him as a low-status, apologetic schlemiel who’s already given up. When he should be a big-talking con man and Runyonesque swell, Whitaker tries something possibly more realistic but ends up blunting O’Neill’s punchy lines.

In movies such as Bird and The Last King of Scotland, the actor has achieved a complex interweave of pride and self-doubt (even self-loathing), but in O’Neill’s piece, such bitter despair needs to surface over the swagger and rhetorical flash. Hughie is only an hour long, but as we wait for Whitaker to gain confidence in his character, the night grows long and weary.—David Cote