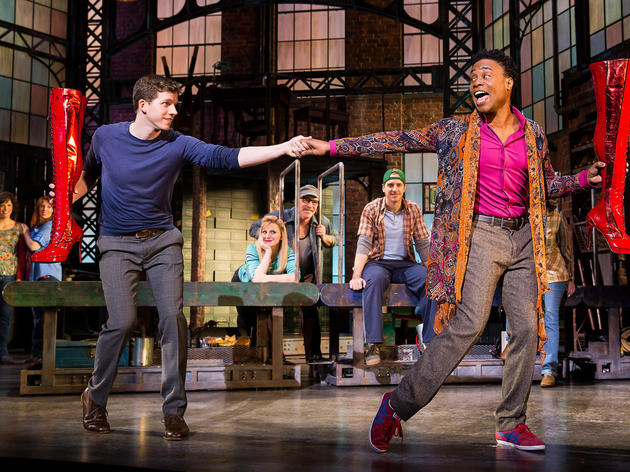 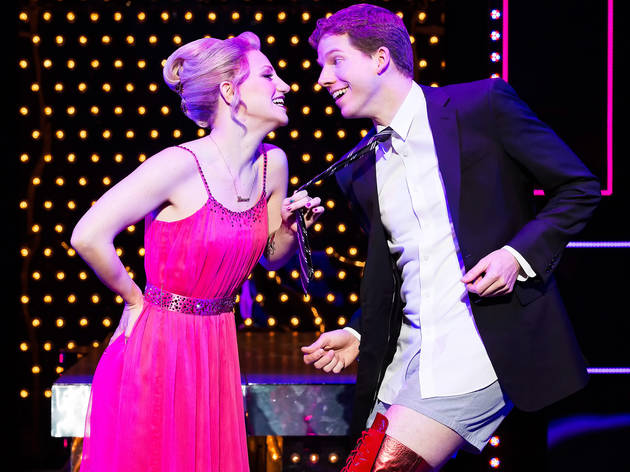 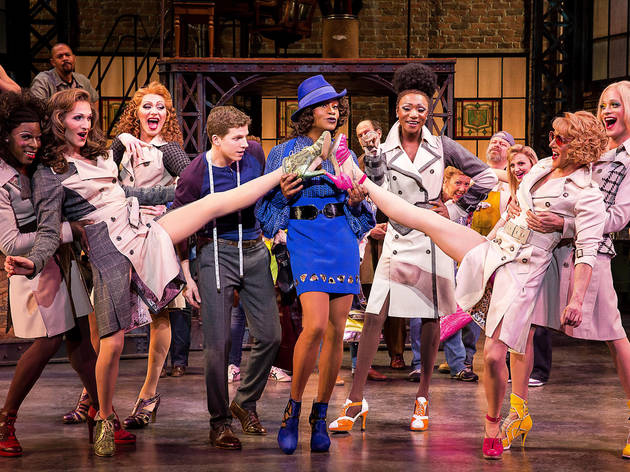 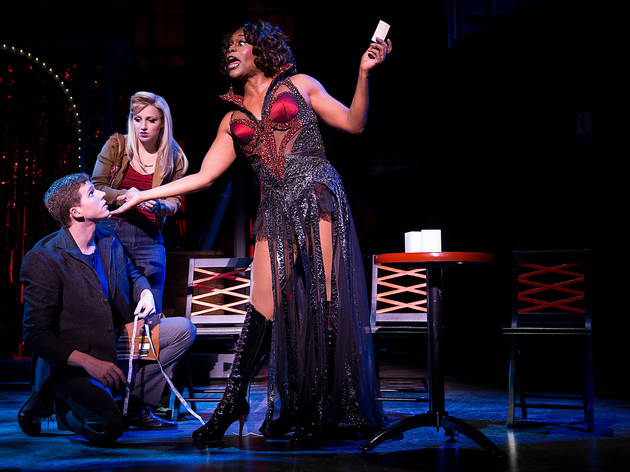 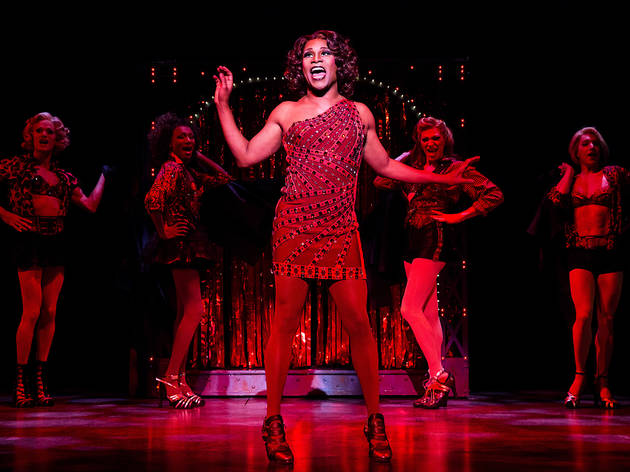 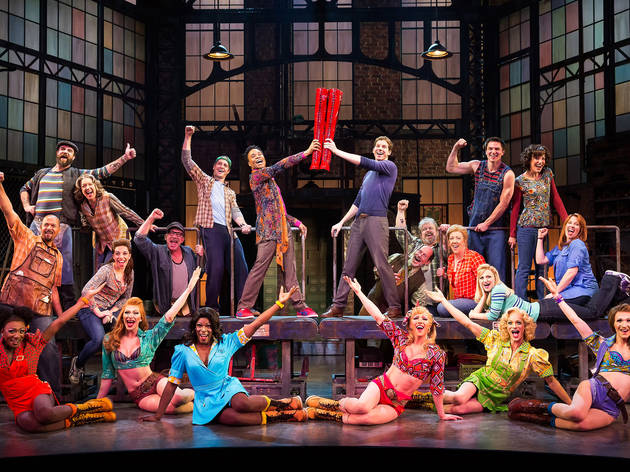 The kicky crowd-pleaser Kinky Boots is the very model of a modern major musical. Adapted from a 2005 English indie film, Harvey Fierstein and Cyndi Lauper’s fizzy pop tuner tells of Charlie (the capable Sands) and his Northampton footwear factory, Price & Son—a family business in danger of closing down. Hope arrives in the unlikely form of Lola (Porter), a self-possessed drag queen with ideas for a niche product line: knee-high, skin-tight, stiletto-heeled sheaths of ostentatious color, strong enough for a man who’s made up like a woman. (Gay style and consumer dollars to the rescue! The shoe must go on!) Directed with verve by Jerry Mitchell, Kinky Boots feels familiar at every step, down to its messages about individuality, community, pride and acceptance; it could have been cobbled together from parts of The Full Monty, Billy Elliot and Fierstein’s La Cage aux Folles, and it culminates in a feel-good finale so similar to Hairspray’s (which Mitchell choreographed) that it might as well be called “You Can’t Stop the Boot.”

Yet the musical holds up for the same reason Price & Son’s products do: solid craftsmanship and care. Lauper is a musical-theater natural, combining bright, infectious melodies with simple but effective lyrics. As each act progresses, the energy rises palpably, boosted by a heart-strong cast. Porter brings tough sass, wounded dignity and husky vocal authority to a part he has seemingly been training all his life to play; and as Charlie’s lovelorn underling, the sweetly tart Annaleigh Ashford—she of the perfectly timed comic take—adds another stolen show to her rap sheet. The overall effect is nigh irresistible; if you’ve been low about this season’s musicals, Kinky Boots may be just the thing to get you back on your feet.