Joy radiates from the exuberant Merry Wives, the Public Theater's first Shakespeare in the Park production since the pandemic forced the cherished summer series to go on hiatus. The emotion is everywhere: up on stage, where a game cast of Black actors gleefully dives into Jocelyn Bioh's clever adaptation of Shakespeare's The Merry Wives of Windsor; and in the seats, where many theatergoers are experiencing their first in-person performance in more than a year. It would be silly to try to divorce the show from its singular context, and before the action even begins, the performers come onstage to directly acknowledge the wretchedness of the past 18 months. More than ever, these artists want to entertain and uplift, and audiences are eager to enjoy their efforts.

But is Merry Wives any good? Happily, the answer is yes. One of Shakespeare's lesser works, The Merry Wives of Windsor is a convoluted comedy reportedly written to capitalize on the popularity of Falstaff, the witty hedonist of the Henry IV plays. It is rarely performed, even at Shakespeare in the Park. But Bioh, the savvy Ghanaian-American dramatist of School Girls; Or, the African Mean Girls Play, has transformed it into a breezy romp set in an immigrant community of modern-day Harlem that's infused with the poetry and pageantry of the African diaspora.

The story hews closely to the original. High on himself but low on cash, Falstaff (the deliciously boisterous Jacob Ming-Trent) attempts to woo two wealthy married women: Madam Ekua Page (Pascale Armand) and Madam Nkechi Ford (Susan Kelechi Watson), both way out of his league. The ladies immediately figure out what's up and concoct revenge schemes with assistance from the wily Mama Quickly (the fabulous Shola Adewusi). But she in turn has her own secret plot: to help Madam Page's daughter Anne (Abena) eschew two parent-picked suitors, the milquetoast Slender (Joshua Echebiri) and the pompous Doctor Caius (David Ryan Smith), so she can wed her true love, Fenton (MaYaa Boateng). There are feuds, disguises, mistaken identities, djembe drumming, African dancing and a poignant speech about Black Lives Matter.

Sound like a lot? It is, but that's part of the fun. Merry Wives is all about outsize events and emotions. In director Saheem Ali's buoyant staging, the accents are broad and the performances broader, enhanced by Dede Ayite's spectacular costumes. There are moments in the first half, which is burdened with a lot of setup, when the energy flags. But soon enough you're wholly invested in the chicanery and, more important, the characters—especially Falstaff. Ming-Trent’s version of the endless knight is lascivious and lame-brained yet eminently lovable, off-color but never off-putting; he bloviates, gyrates and even sings a tune from Dreamgirls. And when he breaks the fourth wall in a monologue, begging us to understand his scamming because "it's been a long, hard year," we know where he's at, because we're there with him. Merry Wives celebrates survival by reminding us that joy can be infectious, too.

RECOMMENDED: How to Get Free Shakespeare in the Park Tickets 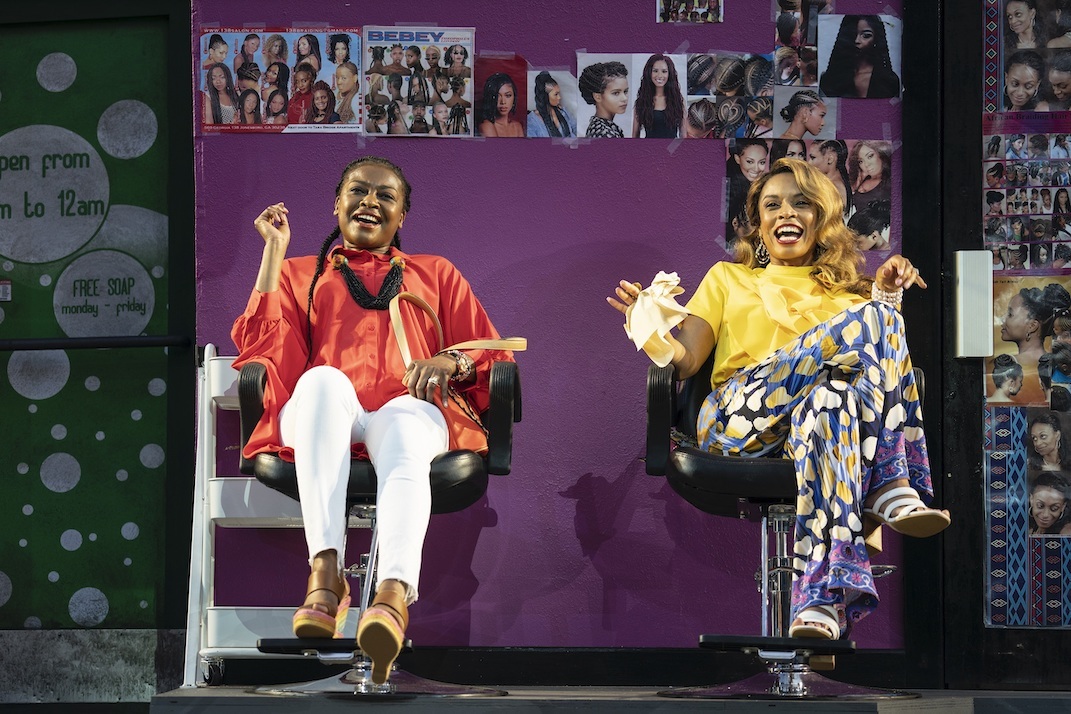