Running Away from the One with the Knife

Theater, Experimental
3 out of 5 stars 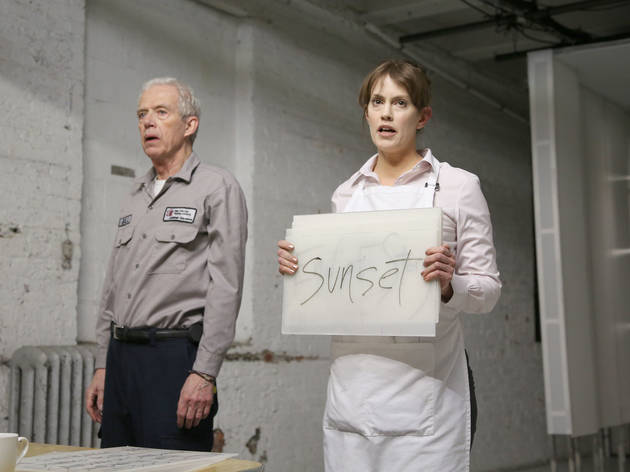 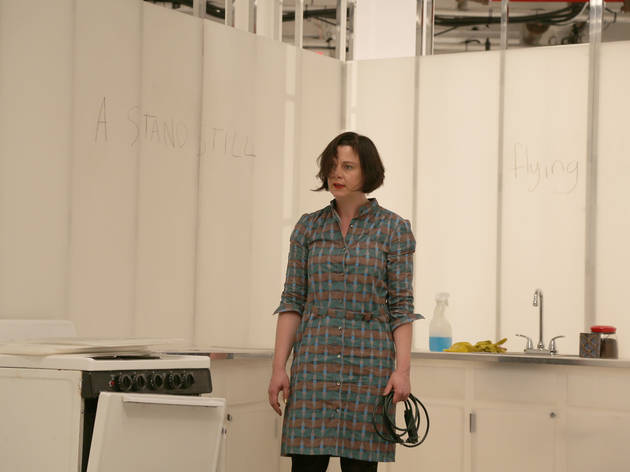 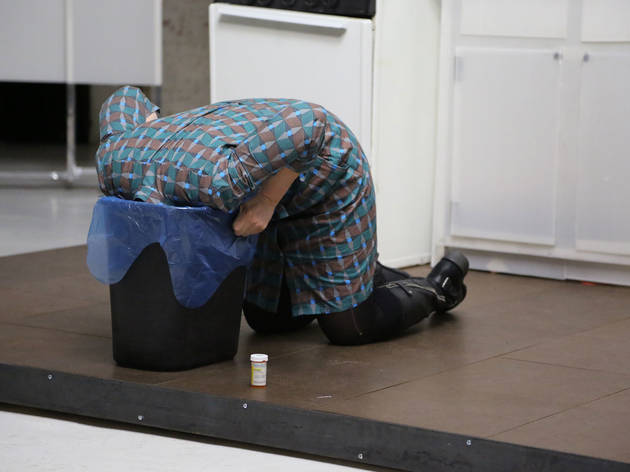 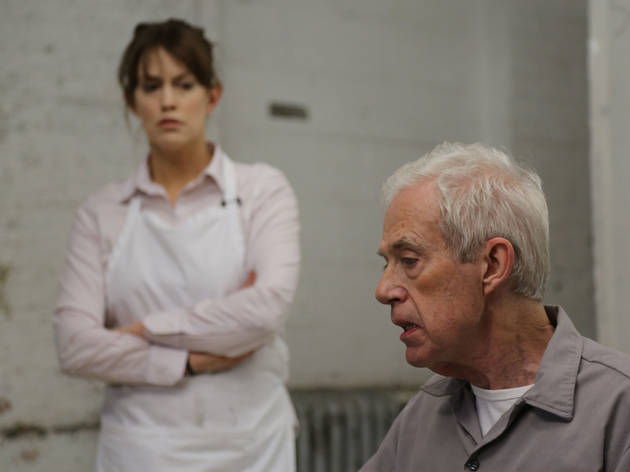 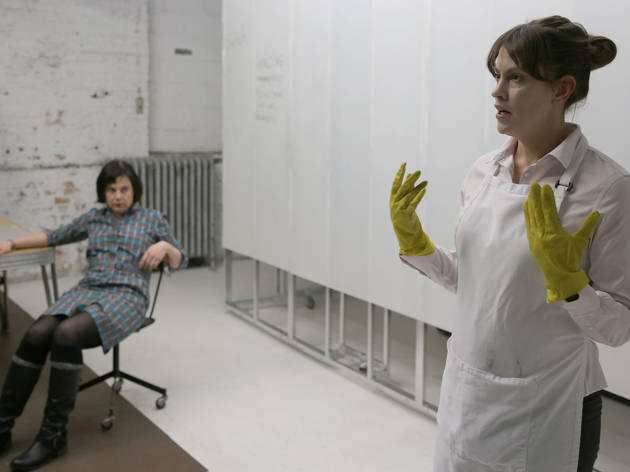 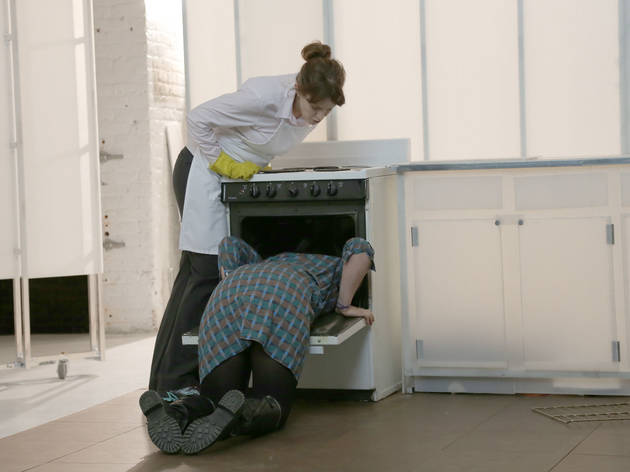 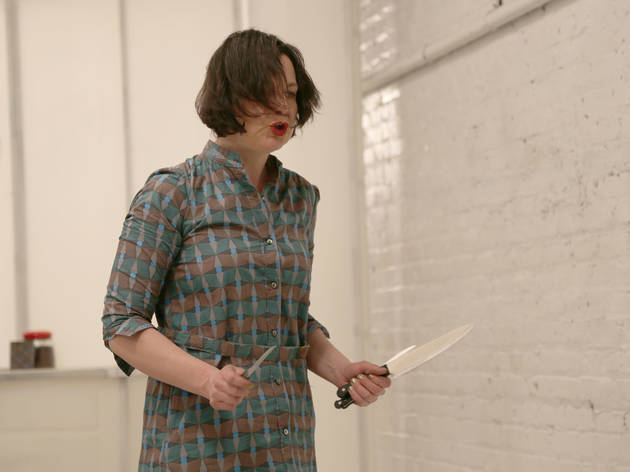 Running Away from the One with the Knife: Theater review by Helen Shaw

Playwright Aaron Landsman and director Mallory Catlett's recent project City Council Meeting played a clever participatory game. The show turned theatergoers into active citizens by staging the aforementioned meeting, a pseudo-event that was exacting, dull and deliriously weird—local governance in a nutshell. The trouble with their latest collaboration, Landsman's drama Running Away from the One with the Knife, is that it somehow also smells of procedure and duty. But Knife isn't a hyperreal installation; it's a play.

While the moment-to-moment experience of Running can be muted, there are elegantly executed elements throughout. The creative team and cast are the best in their respective fields. Designer Jim Findlay's two rolling walls are an unfolding origami of depressing interiors (sometimes a home, then an office kitchen), where grief-stunned Sarah (the always-welcome Juliana Francis-Kelly) makes coffee or cleans. She crayons scene titles on surfaces, gently humorous ones such as “Olympic Self-Flagellation Team Tryouts,” then wipes away the words with a sponge. Clearly, she's the neat one, tidying up as she talks to her suicidal sister, Christine (Kate Benson), or Christine's unlikely friend, a monk turned janitor Guillaume (James Himelsbach).

Christine is hell-bent on self-destruction; we first hear her behind a wall screaming about Kurt Cobain, and she flings herself headfirst into her sister's oven. (“My oven's electric,” Sarah wryly informs her.) The title refers to Sarah's rueful observation, as she chases her cleaver-wielding sister around the set, that most people see a knife and run the other way. The scenes jumble chronologically, so we know that we're dealing with sorrow, not rescue, yet Landsman's emotional temperature stays rigorously controlled. He is painting in such a restrained style, barely delineating his characters, that the yawning sadness underneath the play stays walled behind glass.

Perhaps assigning numbness as the governing emotion has worked too well—the team's steady competence may, in fact, be what screws the show's lid so tight. But there's another cost to such a precise deployment of downtown aesthetics. You can practically set your watch to Catlett's late-stage interruption, the down-at-heel “spectacle” that tells us the end is nigh. Everything has been fluorescent-white and clinical, then there's a glum fellow in a pink sparkly jacket, come to sing us a song. It's too neat. These are valuable artists trying to talk soberly about death. Yet it's hard to pay attention, distracted as we are by familiar experimental strategies turning into clichés right in front of us.—Helen Shaw