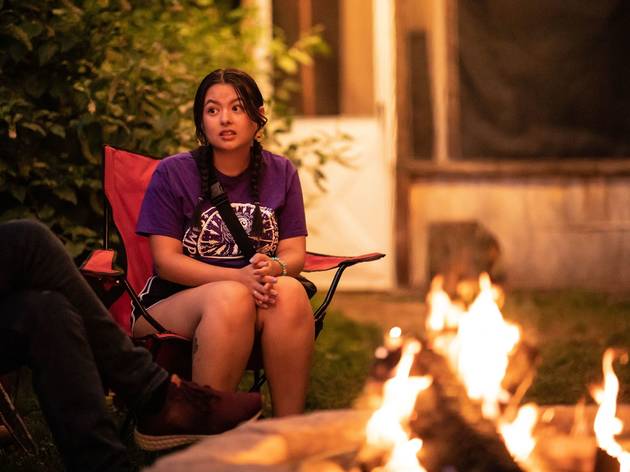 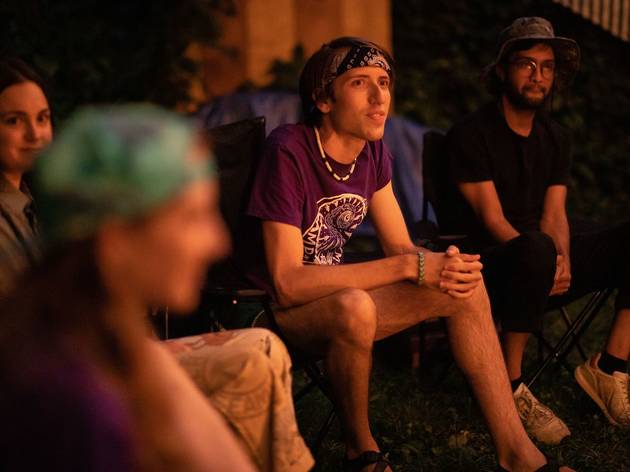 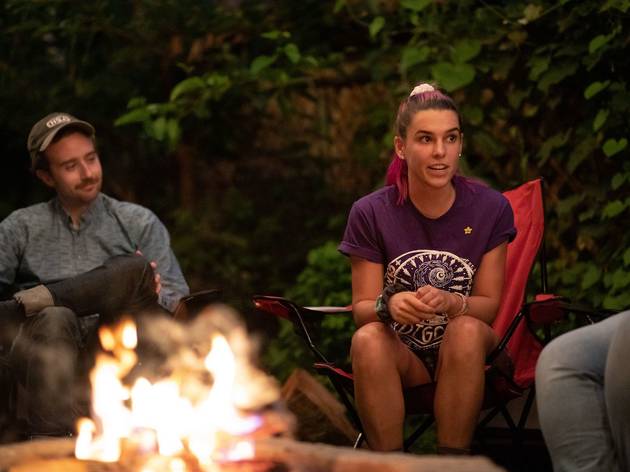 The Grown-Ups is the coolest new play you probably can't see.

It is an unfortunate fact of small-scale theater that by the time you find out that something really cool is going on, it is often nearly impossible to get a ticket. And so it is that the hardest show to get into right now is not Hamilton, The Lion King or anything else you’ve probably heard of, but The Grown-Ups, a new immersive play by the youthful company Nightdrive. The Grown-Ups is, in fact, really cool; better than that, it is smart, funny, topical and very well-performed. It is also completely sold out through its current scheduled run.

In this case, the issue has more to do with supply than demand. Skylar Fox and Simon Henriques’s play is set at a sleepaway camp, and it unfolds around a campfire, where the senior counselors—who are barely older than the kids under their charge—gather to unwind once their cabins have been put to bed. Nightdrive’s site-specific production, directed by Fox, takes place outdoors around an actual fire in a backyard in North Brooklyn, and the five actors perform the entire 100-minute play for only six to eight audience members at a time, with the spectators interspersed among the cast.

The members of the company quarantined together during the shutdown, and they share a deep rapport that fits well with the characters, of whom four have been attending Camp Indigo Woods continually since they were young. (The camp is more than a century old, but its name is new; the former one was Native American.) They are flush with camp spirit: Aidan (Justin Phillips), the mustachioed, gung-ho assistant camp director; his younger sister, Maeve (Abby Melick), a high-energy camper favorite; her best friend, Becca (Emily E Garrison), who survived a terrifying ordeal as a child that she now repurposes as a scary campfire tale; and Lukas (Henriques), who ties his gangling body into knots of well-intentioned confusion about his purpose. Joining them is a newcomer, the nonwhite and somewhat wary Cassie (Chloe Joy Ivanson), who leads a life of accomplishment during the year and is less sentimental about the summer traditions of the group.

As the counselors navigate internal conflicts over the course of several weeks, and wrestle with their nostalgia for the way things have always been done—Cassie, an expert model parliamentarian, provides tools to help them do so—a more dangerous national crisis begins to creep in from the outside. This encroaching threat has satirical elements, but the last five years of history have made it less implausible than it might once have seemed, and it serves as a dark mirror of the issues faced by the counselors. Fox and Henriques weave their plot lines skillfully and suspensefully as they investigate questions of progress, perspective and responsibility; the world of the camp is rich with precise detail, and the cast maintains an impressive degree of naturalism even from just a few feet away from the spectators, who are invited to join them in consuming cold beers and fire-toasted snacks.

Like other microtheater works that have been staged as we emerge from the shutdown period—including Theatre for One and 600 Highwaymen’s A Thousand Ways—The Grown-Ups approaches theater as an act of radical intimacy. The choice is effective, and the show is deeply absorbing. But its smallness also makes it exclusive, despite the low cost (a suggested $25). For now, your best hope for seeing it is to sign up for the show’s waitlist and hope you get lucky. But I hope The Grown-Ups keeps the campfire burning by extending beyond its current end date on October 3, although changes in the weather could make that hard; and while the current high cast-to-spectator ratio is exciting, I think Nightdrive could easily add at least ten audience members a night without significantly harming the effect it achieves. Please, sirs? We want s’mores.