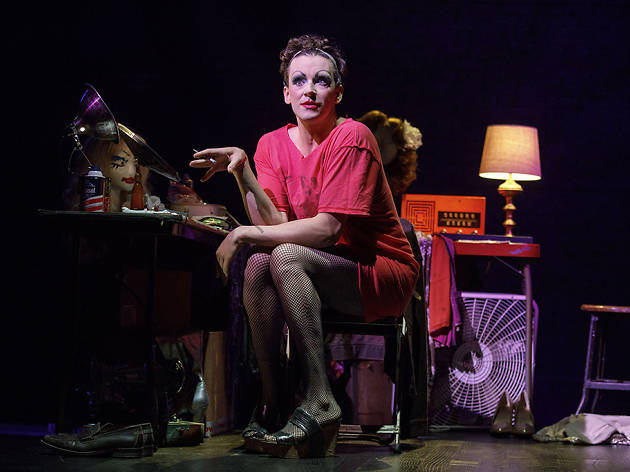 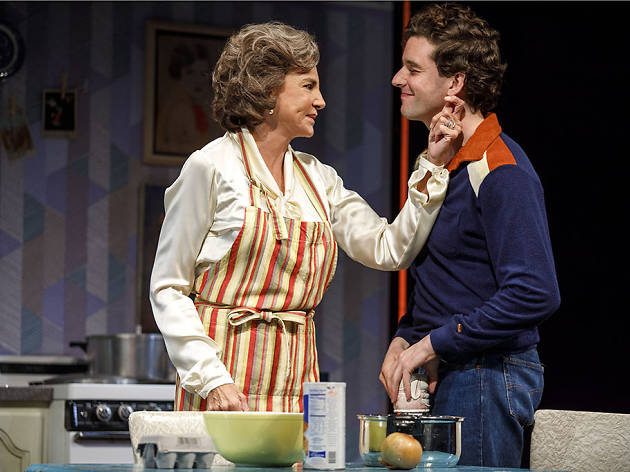 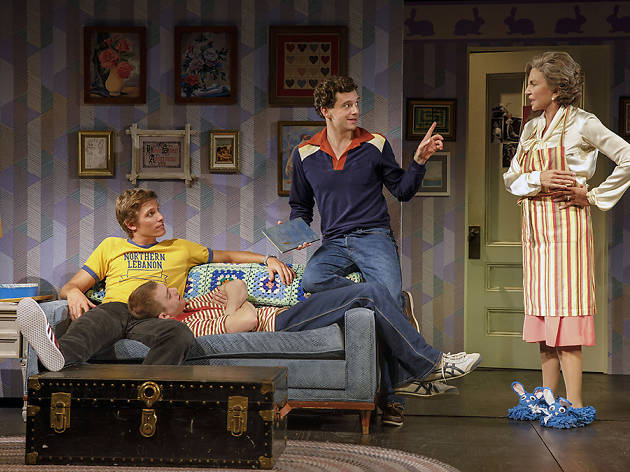 [Note: This is a review of the 2017 production at Second Stage Theater. That production has now transferred to Second Stage's Broadway venue, the Helen Hayes Theater, with the same cast.]

For gay history to stay alive, torches must be passed. So it is with Second Stage Theatre’s welcome and well-assembled revival of Harvey Fierstein’s plangently funny and touching play, which opened on Broadway in 1982 and ran there for three years. Then called Torch Song Trilogy, it was four hours long and covered a range of topics related to gay men in the window between Stonewall and AIDS: self-esteem, dating, violence, adoption, family tension. What it isn’t about is shame: Its central character, Jewish drag queen Arnold Beckoff, accepts his own queerness without fuss and with plenty of pithy quips.

The original version was a Neil Simon–ized vehicle for writer-star Fierstein; director Moisés Kaufman’s production retools it effectively for its new star, the different but very appealing Michael Urie. More than an hour shorter than before, the play remains a triptych. The first part, "The International Stud,” is the story of Arnold’s flickering romance with the handsome, bisexual Ed (Ward Horton), and is told mostly in monologues; the second, “Fugue in a Nursery,” is a country-house sex comedy staged with all four characters—Arnold, Ed, Arnold’s pretty-boy lover (Michael Rosen) and Ed’s wary girlfriend (Roxanna Hope Radja)—in one giant bed. The third section, “Widows and Children First,” is both the meatiest and the most conventional: a showdown, powered by resentment and resemblance, between Arnold and his demanding mother (the acid-tipped Mercedes Ruehl), with a strutting gay foster kid (Jack DiFalco) in the mix.

Torch Song takes Arnold from resigned, somewhat disconnected acceptance of his difference to an expanded sense of his own essential sameness. Urie is less distinctive than Fierstein—who isn’t?—but he gives his voice an eccentric Snagglepuss extension, and he’s a gifted physical comic. (He has a hilarious scene of trying to smoke a cigarette while getting schtupped in the back room of a bar.) Kaufman works hard to dispel any scent of schmaltz, sometimes to rather dry effect; the central fight between Arnold and his Ma gets a little buried. But the overall approach seems right: It gently and lovingly tends to Fierstein’s flame.