The biggest night in television is almost upon us. And while plenty of celebrities you're expecting to see will surely be in attendance, at least one notable guest star may look even more familiar: New York City! Spots across the city—from the Upper East Side and Central Park to Soho—were used as filming locations for this year's crop of Emmy-contenders, and you can check out a few of them below.

All the city's a stage 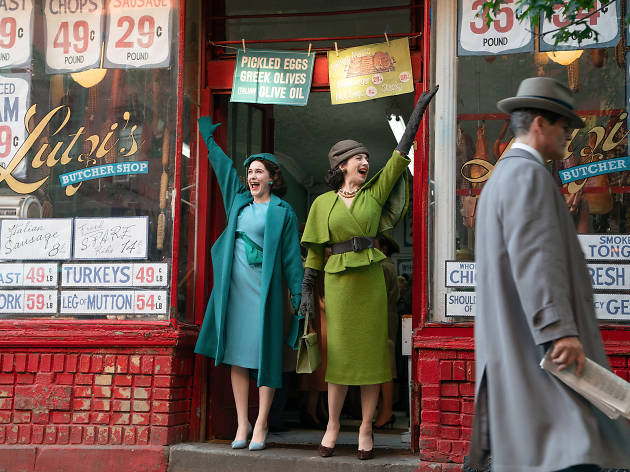 Filmed at: Albanese Meats and Poulty

You may recognize this retro Soho meat purveyor as Midge Maisel’s neighborhood butcher, Lutzi’s, from the hit Amazon Prime show. In fact, the business has been run by the same man, Moe Albanese, 94, since the late 1950s—the historical period in which The Marvelous Mrs. Maisel is set. Entering the premises is like taking a trip back in time: Think old-timey weight scales, employees decked out in all-white uniforms and even some of the family’s vintage vinyl records (Sinatra, Sammy Davis Jr.) on display. This isn’t Albanese Meats’ first brush with fame, either—it also had a minor role in The Godfather Part III. Soho (212-966-1788) 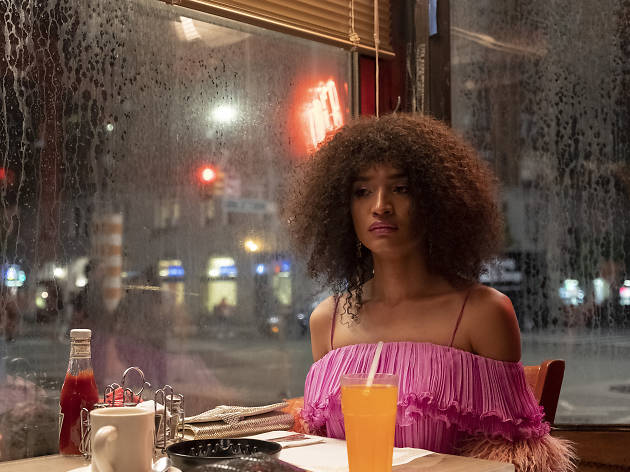 Hoping to sashay into the underground world of ball culture, which is captured so well in this FX drama? You can always cruise into a number of its shooting locations across the city, including the Brooklyn Museum, the Rainbow Room, the Red Hook pier and the opulent United Palace. But one of Pose’s most frequently used settings is the throwback Chelsea Square Restaurant. The sunny, 24-hour diner dishes out a solid matzo-ball soup ($5) and a decent cheeseburger ($10.20) amid a kitschy atmosphere punctuated by framed headshots of celebrities on the walls. Grab a window seat with your chosen family and plot some lewks.
Chelsea (chelseasquarerestaurant.com) 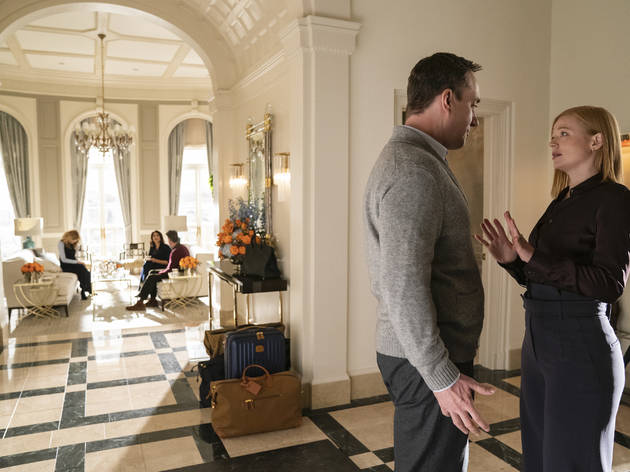 This viciously satirical look at the wealthy Roy clan captures the rarefied world of ultrarich New Yorkers, so it’s no surprise that the drama is filmed at ritzy sites across Manhattan. While some of these are decidedly off-limits to those not making the big bucks (think the Downtown Manhattan Heliport or various floors at Four World Trade), others grant access to the unmoneyed rabble. See how the other half lives: The American Irish Historical Society, just across from the Metropolitan Museum of Art, appears in the show as the lobby of Logan Roy’s tony townhouse. Stop by the cultural center for live readings, panels, art exhibitions and concerts—no familial backstabbing required.
Upper East Side (aihs.org) 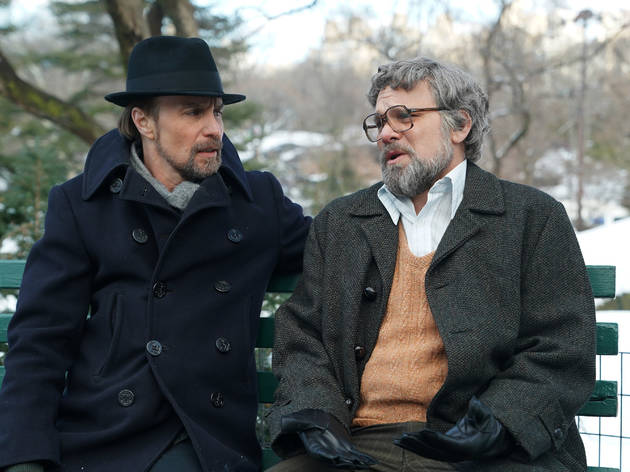 The legendary choreographer Bob Fosse was a creature of midtown and the Upper West Side—when he was in the city, he rarely strayed from those areas—so it’s no wonder this biographical drama was shot primarily in the heart of Manhattan. This scene between Fosse and his longtime friend Paddy Chayefsky takes place near the Pond in Central Park. Close to Sixth Avenue, the scenic area is just a short walk from Fosse’s old home at 100 West 56th Street.
Upper West Side, 59th St at Sixth Ave (centralparknyc.com) 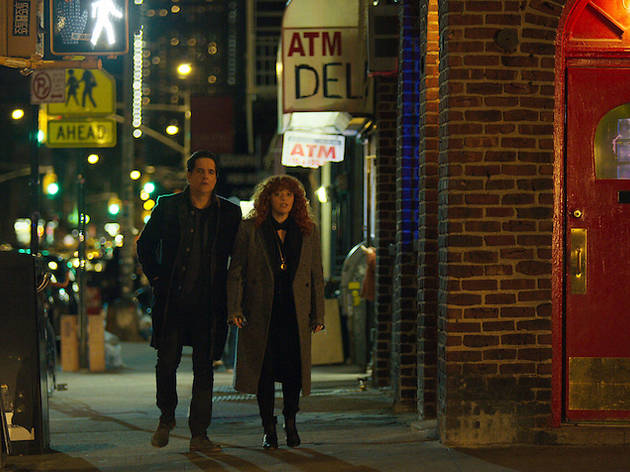 Filmed at: 7B Horseshoe Bar

If you strolled by this East Village dive on a random weeknight, you’d probably have no idea that you could’ve been in the vicinity of a legit celebrity. The unassuming watering hole has poured a stiff one in Younger, Crocodile Dundee, Jessica Jones, RENT, Angel Heart, Person of Interest and The Godfather Part II, to name a few. In the eight-part Netflix series Russian Doll, Natasha Lyonne’s Nadia winds up at the well-documented bar on a number of her purgatorial nights out in the city. (The show also uses other nearby locations, such as the St. Nicholas of Myra Church, Tompkins Square Park and Sunny & Annie’s Deli.) Luckily, you don’t need any screen credits to order one of the 31 beers on tap.
East Village (212-677-6742)