Greenpoint, which still maintains its traditional charm with its historic buildings, waterfront views and large population of Polish natives, is one of the most hip neighborhoods these days with a constant influx of buzzworthy watering holes and restaurants.

Below, we're spilling six Greenpoint secrets so you can examine some lesser-known aspects of this waterfront Brooklyn enclave. 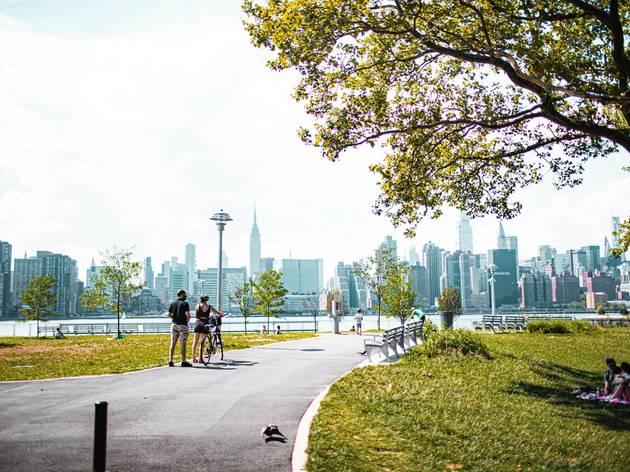 Taking its name from its history as a shipbuilding hub, Newtown Barge Park is one of Brooklyn's prettiest spots with a promenade where Newtown Creek empties out into the East River, incredible Manhattan skyline views, a large lawn, and a ballfield. It's perfect for catching a sunset with friends or soaking in the sun on a day off.

The park wasn't always this way, though. When it opened in 1942 after decades of industrial and shipbuilding use, it had a wading pool, horseshoe pitches, and shuffle board courts. In 1972, about 4,100 square yards of surfacing was restored. More than 160 feet of chain-link fencing was replaced in the park the following year.

But by the start of the 21st century, it was "an uninspiring paved sports field separated from the water’s edge by privately-owned land used for storage," according to the Hidden Waters Blog.

In 2015, the park was revamped as part of a redevelopment plan by Greenpoint Landing. 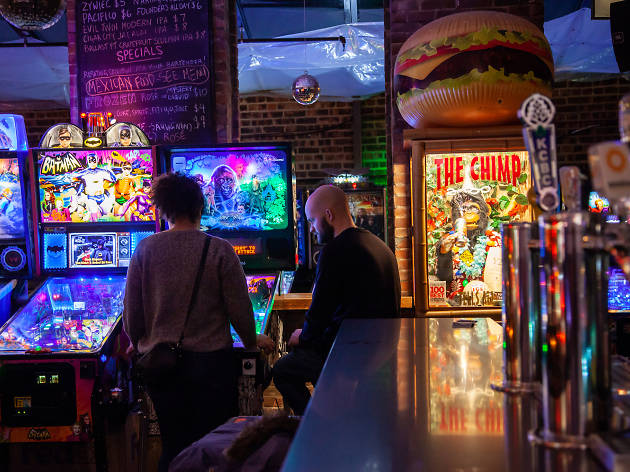 Doing laundry for many lucky Greenpoint residents is actually fun. This fully functional laundromat is also a bar and pinball machine palace.

Just walk through two stacked "dryers" and into Sunshine’s dark, secret brew bar and taste your way through a half dozen draft beers—Greenpoint’s Black Duck Porter, Oskar Blues’ Throwback IPA and Victory’s Prima Pilsner, among others—while being your pinball-wizard best during rounds of Ghostbusters, Jurassic Park, Metallica and a host of other games on 23 pinball machines.

The best part is that it's open most days from 7am to 2am and until 4am on Friday and Saturdays. Though, don't expect to use the washing machines after 11pm. 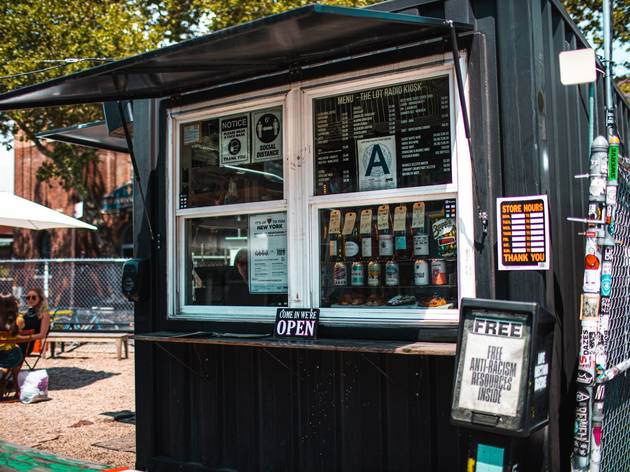 The 20-foot-long black shipping container is equipped with a club-standard DJ booth and a fully functioning coffee counter, which now also sells pastries and sandwiches.

Emma Olson, a founder of Discwoman and the DJ known as Umfang, describes the Lot Radio as the ideal broadcasting medium: "A chill outlet where people can have fun outside of the club."

Although the project is backed by house and techno veterans, Vaxelaire says he aims to cater to a wide array of music fans, using the shipping container as literal common ground. "It’s the connection between the online and the offline world," he says.

The Lot Radio also has an outdoor space where you can buy coffee, beer, wine and snacks to be enjoyed on-site or to go! 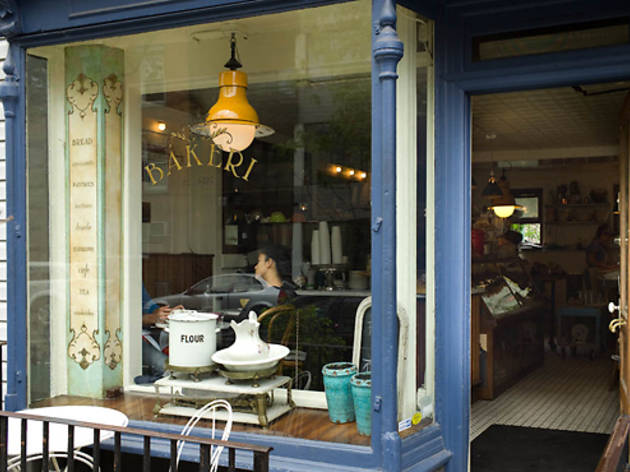 Located on a residential street, surrounded by brownstones and apartments, Bakeri doesn't seek attention, but it has gotten it for its homey French country vibes and incredible pastries that'll make you remember why you love NYC. The small café and bakeshop from Nina Brondmo (Sweetwater) dishes out pastries and freshly baked breads with a locavore bent, from blueberry almond or ricotta zucchini danish to poppy sourdough. The coffee is strong and are served in charming mugs. They also serve a selection of breakfast and lunch options, including eggs, tartine, sandwiches, salads and soups, if you're a bit peckish. 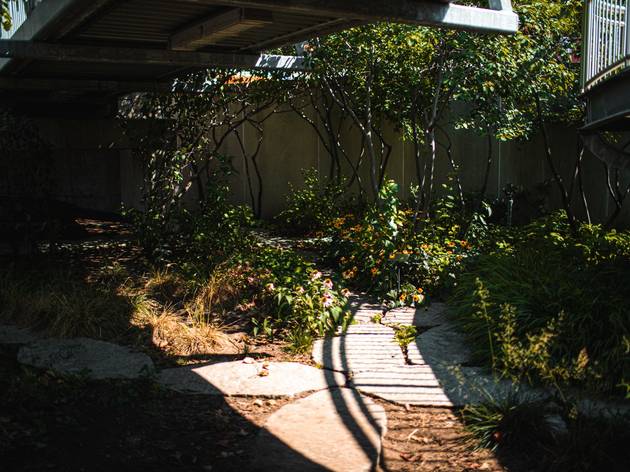 Stay with us, because this gem is worth checking out despite its location. The quarter-mile, self-guided walk has a swath of beautiful native plants and trees that surround hidden treasures for people to find that tell the story of the area from when it was inhabited by the Lenape to our current use of the land.

For instance, there's a 170-foot-long "vessel" passage to the waterfront that looks like one of the ships that used to be built in the East River nearby. There's also seven stone circles with the names of native Lenape places, a 1,400-pound granite table in the shape of a shipping bollard with an etching of Newtown Creek’s original watershed and trash cans designed to look like barrels and more.

The area is quite tranquil, athough the view from the park still is one of factories and the sewage plant. But maybe that's why it's a local favorite. 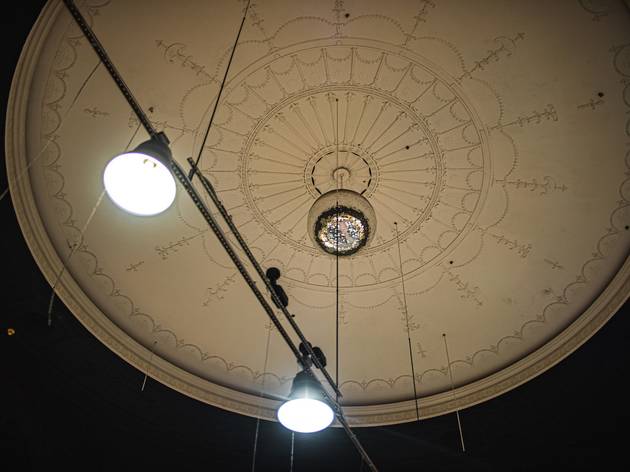 That's right. There's a Walgreens with a disco ball in Greenpoint and you'd probably miss it if you didn't go in.

The building used to be the Meserole Theater, where vaudeville acts played to 2,000 people starting in the 1920s. Later, it became a movie theater, and then a roller rink in the 1980s (hence the disco ball).

The Mezzy, as it was nicknamed, still has a stonework arch on its facade and detailed molding, Georgian arches and dome on the inside, which when you're picking up prescriptions or shopping for toilet paper can be quite nice to see.

According to BrooklynInk.org, its mezzanine section is still intact but is partially blocked off.

Will it ever return to its old life as a theater? One can hope. Walgreens recently just took over the building from Rite Aid last spring, according to greenpointers.com.