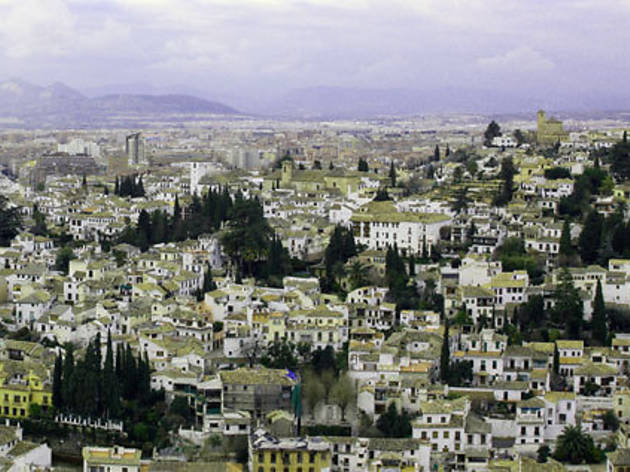 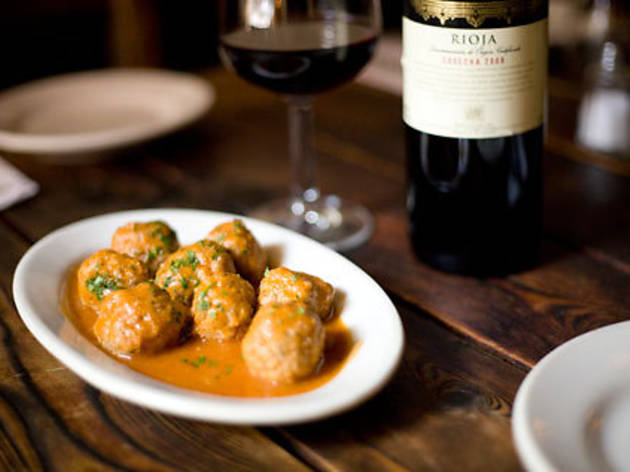 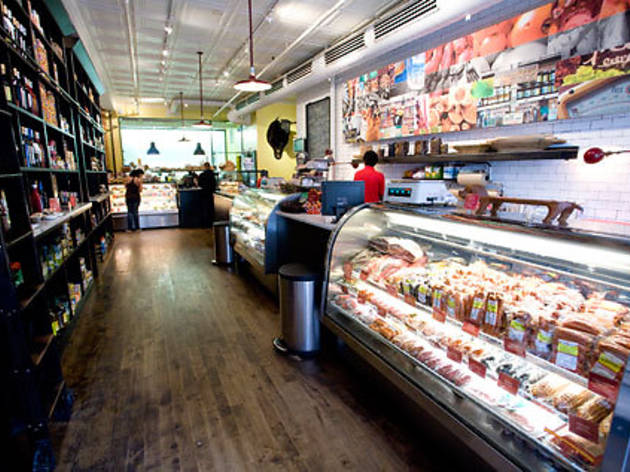 Get a taste of modern folk music when Madrilenian Rosalia Roio brings her avant-garde, guitar-based tunes to El Taller(2710 Broadway at 104th St, third floor; 212-665-9460, tallerlatino.org) with a consulate-sponsored concert on Saturday 5. The 31-year-old cultural arts organization also offers an informal open-level Spanish conversation group that meets every other Friday (the next meeting is June 18 at 6pm; $10), giving you the opportunity to dissect Roio’s lyrics among amigos.

Founded by the Spanish government in 1991, Instituto Cervantes (211 E 49th St between Second and Third Aves; 212-308-7720, nuevayork.cervantes.es) is a one-stop cultural spot for language classes, free weekly screenings of modern films like Vicente Pearrocha’s political drama Arritmia (Wednesdays in June, 6pm), and a gallery of works by Picasso, Dal and Mir. Drop by the Jorge Luis Borges library to browse daily newspapers like El Pais, brush up on your conversational skills with more than 7,000 Spanish-language DVDs and videos, or crack open Don Quixote, which was written by the cultural center’s namesake, Miguel de Cervantes.

After a year of heavy-duty restoration, The Hispanic Society of America (Broadway between 155th and 156th Sts; 212-926-2234, hispanicsociety.org; free) reopened last month. The center still boasts the largest assemblage of Spanish art and manuscripts outside Spain, housing masterpieces by El Greco, Goya and Ribera. “The museum has that old, early-20th-century feel,” says development and PR coordinator Mencia Figueroa. “When you walk in, you feel like you’re in the Museo Nacional del Prado in Madrid.” Ogle Spanish classics like Francisco Goya’s The Duchess of Elba, which is the first thing you see upon entering, and don’t miss Joaquin Sorolla’s Visin de Espaa. The recently restored collection of 14 canvases depicts life-size figures in scenes from nine regions in Spain.

Public art abounds in Barcelona and New York City, but now the two traditions collide: Valencian sculptor Manolo Valdshas installed 16 of his monumental bronze sculptures along Broadway, from Columbus Circle to 166th Street (they’ll be here through January 23, 2011). The 68-year-old artist’s work is characterized by abstract, humanoid forms that reference historical works by the masters. Pass the 72nd Street subway station to see Valdes’s 2006 masterpiece, Odalisca, whose plump shape is a nod to Matisse and Picasso, or catch the eight-foot-tall, 2,000-pound giant heads of Reina Mariana, inspired by Velzquez’s depictions of the queen of Spain.

The Galician word for nostalgia, or homesickness, is morria.

At rustic cantina La Nacional (239 W 14th St between Seventh and Eighth Aves; 212-243-9308, lanacionaltapas.com), nosh on paella de la casa ($18) and albndigas moruas (pork and veal meatballs in pork jus, $9) and cheer for La Furia Roja (“the red fury”), as the national soccer team is called. (Spain faces off with Switzerland on June 16.) Located on a stretch of 14th Street that was once known as Little Spain, the restaurant and social club got its start in 1868 as the Benevolent Spanish Society, and continues to host cultural events like a live flamenco show on Saturdays at 2pm ($15). “We Spaniards like to eat, drink and talk,” says co-owner and Segovia native Lolo Manso, who also runs Socarrat Paella Bar. “Come here to have some sangria, and soon you’ll forget you’re in New York!”

Gourmet market Despaa (408 Broome St between Cleveland Pl and Lafayette St; 212-219-5050, despananyc.com) stocks plenty of imported fare: Take a seat in the white-tiled dining area to munch on pintxos (snacks), such as croqueta serrano($3.50) and Manchego cheese from La Mancha, then scoop up miniature ArteOliva olive oil cartons ($2) that look like juice boxes, and bring them home.

New York’s Spanish-wine authority is undoubtedly Tinto Fino (85 First Ave between 5th and 6th Sts; 212-254-0850,tintofino.com), a charming 350-square-foot shop decked out with chandeliers and oxidized mirrors. Stop here to pick up a bottle of Godello ($14--$25) and get in on the current trend of drinking sherry, a fortified wine that takes its English name from Jerez, the town in Southern Spain where it’s made.

Sample traditional Catalan fare at Mercat (45 Bond St between Bowery and Lafayette St; 212-529-8600, mercatnyc.com), where vintage La Vanguardia newspapers, purchased by the owners at a Gypsy market in Barcelona in 2007, line the walls. Order dishes such as fideua (short noodles with squid ink and cuttlefish, $18) and arrs d’anec with duck and orange zest ($15). “Catalan food is the most progressive,” says general manager Carl Wiseheart. “In Barcelona, they get pretty experimental.”

Spaniards are notoriously nocturnal: Dinnertime occurs around 10pm, and the bars and clubs don’t start to fill until midnight.

Madrileos like to pregame with calimochos, a drink that’s equal parts red wine and cola and tastes like a poor man’s sangria.