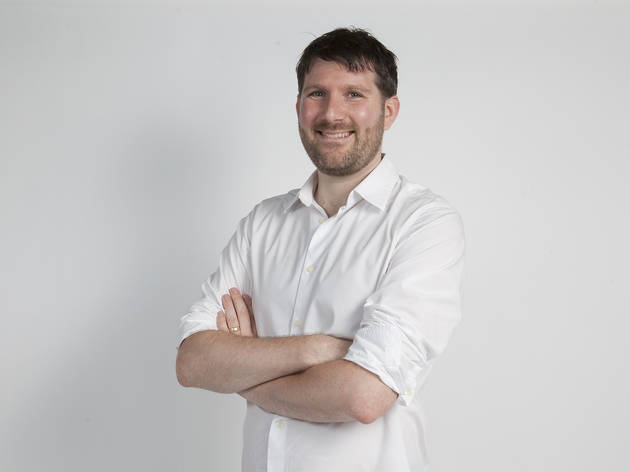 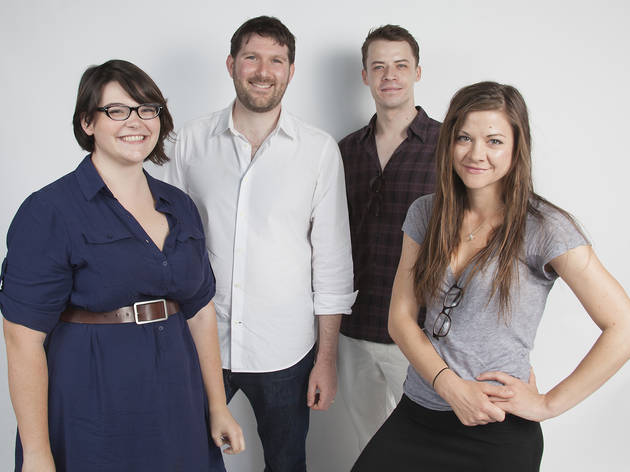 Since the launch of Buzzfeed, plenty of NYC companies have tried to replicate the site’s success with viral content. In particular, the entrepreneurs behind Upworthy aim to popularize weightier stories that deal with topics such as women’s rights and the environment. Here’s how they’re spreading the word.

RECOMMENDED: The coolest NYC companies to work for

We all know cheeky animal GIFs can spread rapidly across the Internet, but how can more weighty content find the same traction? News-aggregation site Upworthy (upworthy.com) aims to answer that question by curating and promoting stories that are both thought-provoking and immensely shareable. Launched in March 2012, the operation hit a record high of 30 million unique visitors this past May, thanks to multimedia pieces on LGBT issues, immigration, health care and more.

The idea: It’s become second nature for people to share stories they like with their social networks, but as Upworthy cofounders Peter Koechley and Eli Pariser point out, some subjects lack viral reach because they’re not considered sexy or alluring. “We’re trying to make really important issues like body image, veteran homelessness and climate change as engaging as some video of a guy jumping on his bed and falling out the window,” Koechley says.

Securing the funding: Cofounders Peter Koechley and Eli Pariser built a demo site in 2011, which they used to raise seed capital (a.k.a. starter money), before creating the public version and hiring staff. Their first backer was Facebook cofounder Chris Hughes, who’s now publisher and editor-in-chief of The New Republic. His investment gave them the momentum to secure additional money to get off the ground.

Staffing up: Once they figured out what positions they needed to fill, Koechley and Pariser advertised the openings on social networks (Facebook, Twitter, GitHub), while reaching out directly to individuals in their respective circles. “We asked, ‘Who’s the greatest person you’ve ever worked with? What are they doing? Can we hire them?’” says Koechley. “We’ve found that approach to be pretty successful over time.” The company has grown to 22 employees, who can set their own schedules and live anywhere. “We want you to do the best work of your lives, but we don’t really care when, where or how you do it,” says Koechley. Despite having no physical office and almost two dozen full-timers across the country, the company does its best to re-create workplace dynamics with an emphasis on collaboration. “It’s nice to have a team that’s based on talent instead of location,” says Kaye Toal, community manager. “I’m sure there are situations [at other companies] where someone would be perfect for a position, but they’re outside of the country. That’s not a problem here.”

Building the brand and user base: One of Koechley and Pariser’s earliest goals was to get 1,000 Facebook likes, which they nearly hit just by reaching out to friends. The accomplishment speaks to their grassroots approach to marketing: “Let’s start with real people who are going to like and interact with what we’re doing and share it with their friends,” says Koechley. To spur further growth, Koechley encourages editors and curators to ask themselves, What are people sharing? What do they want to share? What can we do to convince them to share slightly more? As analytics engineer Zane Shelby explains, “There’s a lot of humor in the virtual office, but we mix that with a healthy dose of pragmatism and try to make as many of our decisions as possible based on our data rather than intuition.”

Advice: “Really great people really make the difference. It comes down to how much impact they can have.”—Peter Koechley, cofounder

“Let your personality shine a little bit in your application and on your résumé. There are so many incredibly talented people who are applying for the same job as you, but if you know that you’re a perfect fit and you really want this position, it’s totally okay to put a little bit of a joke. When I applied to this job, I had “Can rap along to Nicki Minaj songs” in my special skills, and it was enough that the person pulled my résumé.”—Kaye Toal, community manager

“The thing that’s unique about working at a start-up is you’re invariably working on a very small team, and so you tend to wear a lot of different hats and work very closely with the few other coworkers that you have. You get to be important.”—Zane Shelby, analytics engineer