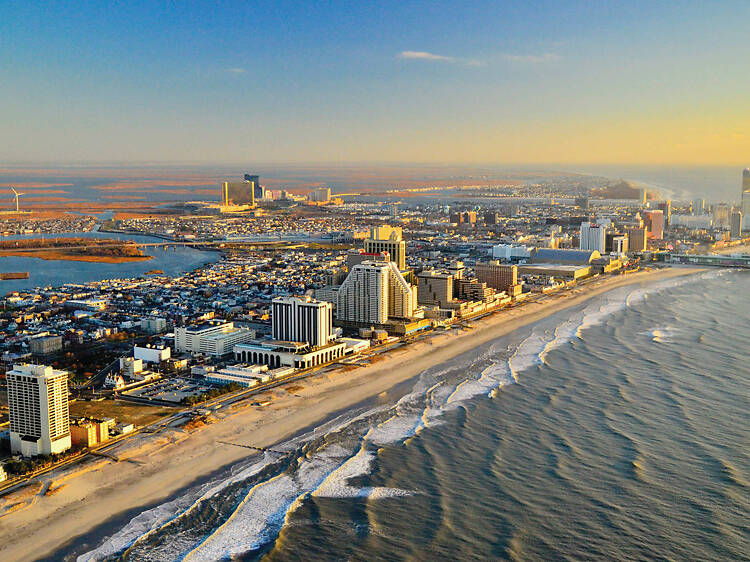 The best things to do in New Jersey

For the uninitiated, New Jersey might be regarded as not-quite-NYC, but the truth is very far from it. The best things to do in New Jersey include some of the best coastline views on the Eastern Seaboard (beaches!), plus the state is postivley dripping in history, from the gentrified brownstone beauty of Weehawken and Hoboken, down the coast to Jersey City and Liberty State Park, past Sandy Hook and Atlantic City. (We know you were wondering what is there to do in New Jersey at night.)  And did you know that the Statue of Liberty is actually in New Jersey? OK, yes, Liberty Island and a portion of Ellis Island are within the territorial jurisdiction of New York state, but still, the monument is in New Jersey waters. So what are the best things to do in New Jersey? The state’s huge—and frankly, underrated—cities are home to fabulous hotels and restaurants and vibrant art scenes. Deep forests with twisting trails make the outside world disappear. There’s the beach, which ranges from deserted island to laid-back urbane by the mile. Then, the world-class museums and heritage sites that tell the state’s story while maintaining a modern heartbeat. When you tire of one vibe, just hop in the car, load up the GPS and give your itinerary a remix. Being the country’s most densely populated state definitely has its advantages. RECOMMENDED: The best places to go wine tasting in New Jersey 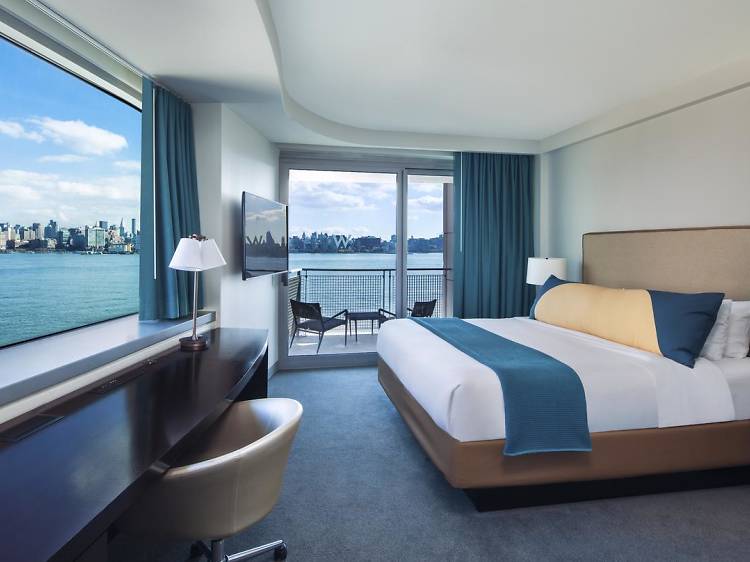 The 15 best hotels in New Jersey

In this compact yet wildly diverse state, indecisive travelers can bring their most varied vacation fantasies to life with a multitude of things to do. Mountain-top adventure trips? Check. Lounge-by-the-sea days? Double check. From urban jaunts with rooftop bars to Instagram-worthy beach haunts, New Jersey packs it all in—and its best hotels have a strong sense of place. Maybe it’s a stylish farm tucked away in the verdant northwest, where the Delaware River creates a painted kind of light. Maybe it’s a city hotel with the best Manhattan views this side of…well, Manhattan. Or perhaps it’s all about escaping to the sea for a digital detox and locking your cellphone in the hotel vault. With options including Airstream trailers, safari tents, carriage houses or modern luxury with top-notch restaurant attached, it could be very hard to choose from our pick of the best places to stay, but, the cool thing about Jersey? It’s easy to mix it up, so you don’t have to choose. 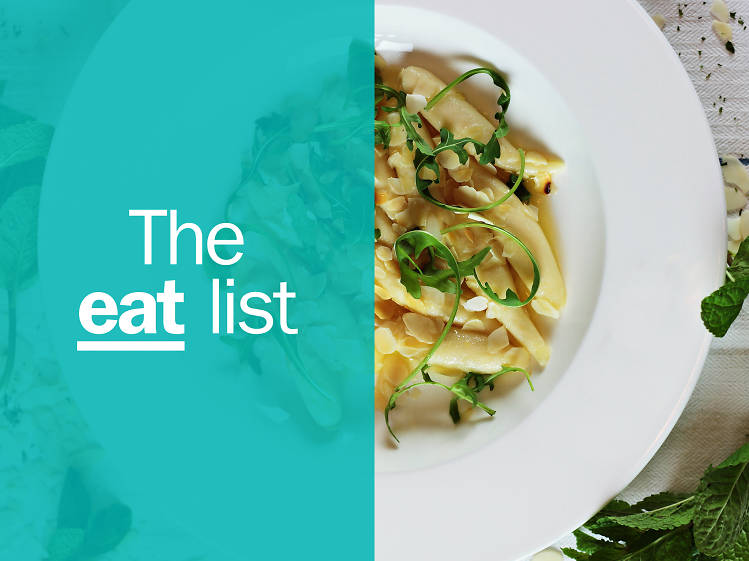 The 15 best restaurants in New Jersey

You can tell a lot about New Jersey by the polarity of its nicknames. The Garden State. Dirty Jerz. But want to know a little secret? Both are a badge of pride. Locals know that this densely packed state has a ton of great things to do, not least of which is gorging on amazing food. Sure, New York and Philly are in Jersey’s backyard, and locals are happy to take advantage of that. But there’s no need to cross a bridge to find incredible meals. Book a hotel—and some world-class dining experiences—right here in Jersey. From affordable neighborhood joints to high-end temples recognized on the national scene, New Jersey’s restaurants reflect its ranking as one of the most culturally and socioeconomically diverse states in the nation. So, dust off any preconception that it’s all diners and pizza parlors—though they’re here, and amazing. In New Jersey, there are a million ways to feast. 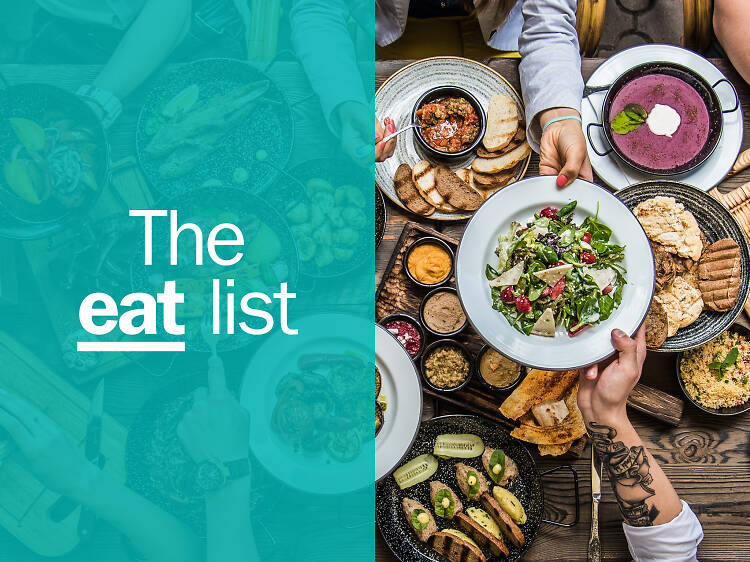 Red Bank, New Jersey is a city of intersections. It has a Main Street Americana vibe, yet brags urban appeal, attracting artists and musicians. It’s a river town, but in shouting distance of the Atlantic coast’s waves. And when it comes to eating out, the city’s restaurant scene boasts laid-back creature comforts, buzzy spots with a see-and-be-seen vibe and everything in-between. While there are plenty of high-end offerings, Red Bank is laid-back enough to offset the glitz. Bonus: it doesn’t take itself too seriously. Case in point would be Jay and Silent Bob’s Secret Stash, a comic shop/pilgrimage point for fans of Jersey filmmaker Kevin Smith (it makes for a fun stop between courses). Paired with nearby Asbury Park and Long Branch, Red Bank is a tasty destination for the food-focused wanderer. Here’s where to dig in. 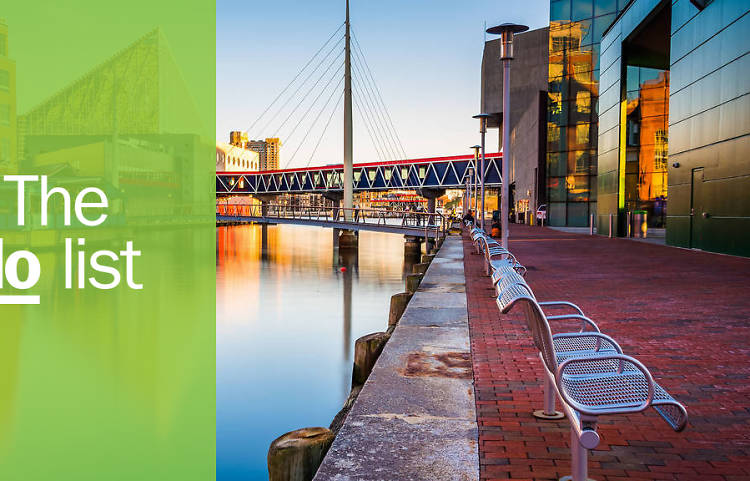 The 14 best things to do in Maryland

Maryland reveals its gems in a state of high contrast, from the otherworldly expanses of the Eastern Shore and its multi-generational watermen’s culture to the indie charms of Baltimore where the patron saint is John Waters. In a single day, you can watch the sun rising over the Atlantic, ogle art in the city and commune with nature in shouting distance of Northern Virginia’s grapevines. But why go so fast when there’s so much to savor? Maryland rewards those who take time to dig in. Done something on this list and loved it? Share it with the hashtag #TimeOutDoList and tag @TimeOutEverywhere. Find out more about how Time Out selects the very best things to do all over the world. 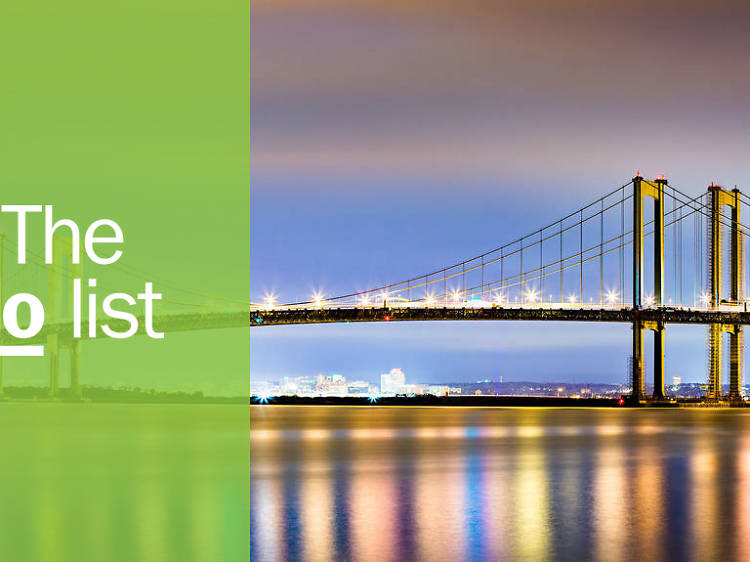 The 15 best things to do in Delaware

Compact though it may be, Delaware is home to craft breweries, natural sites that feel far away from anywhere and a host of museums and estates. All you need to do is leave the highway, and the magic unfolds. Whether you keep it low-key, toes firmly planted in the sand, or glam up and head to the opera, you’ll feel like you’ve been let in on a secret. Venture out and feel sorry for those folks who never veer off Interstate 95. The First State – so named for being the first to ratify the constitution – rewards the intrepid. Done something on this list and loved it? Share it with the hashtag #TimeOutDoList and tag @TimeOutEverywhere. Find out more about how Time Out selects the very best things to do all over the world. 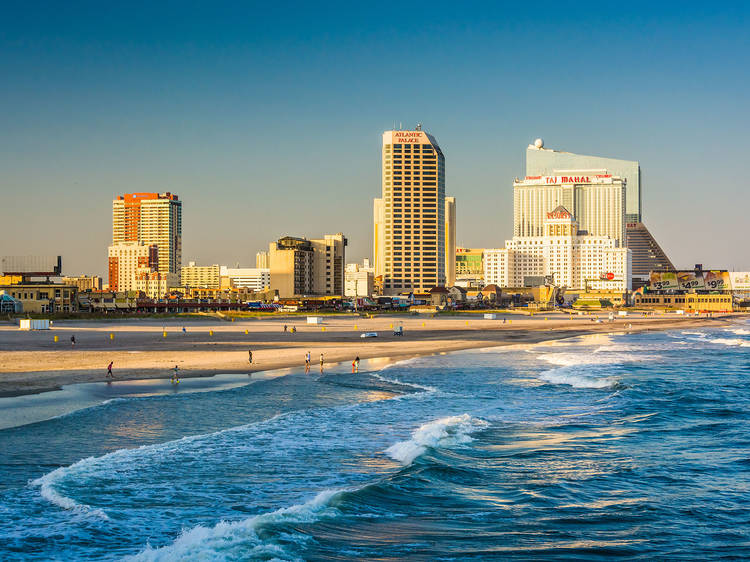 The 15 best beaches in New Jersey

In some places, beach towns all run together. Sky. Water. Sand. Check. Not so at the Jersey Shore. From retro swimming spots dotted with hotels, bars and restaurants to hidden beaches tucked just out of sight, the state’s best swimming destinations are big on personality and great things to do, kind of like Jersey itself. The coastal scene has legit beach cred. Case in point: The very first boardwalk in the United States graced Atlantic City’s oceanfront way back in the summer of 1870. In that sense, our collective idea of the American seaside experience has its origins here. Your mission: Swim. Sun worship. Repeat. Then on to the next. There are enough beach experiences here to fill a vacation…or a season.