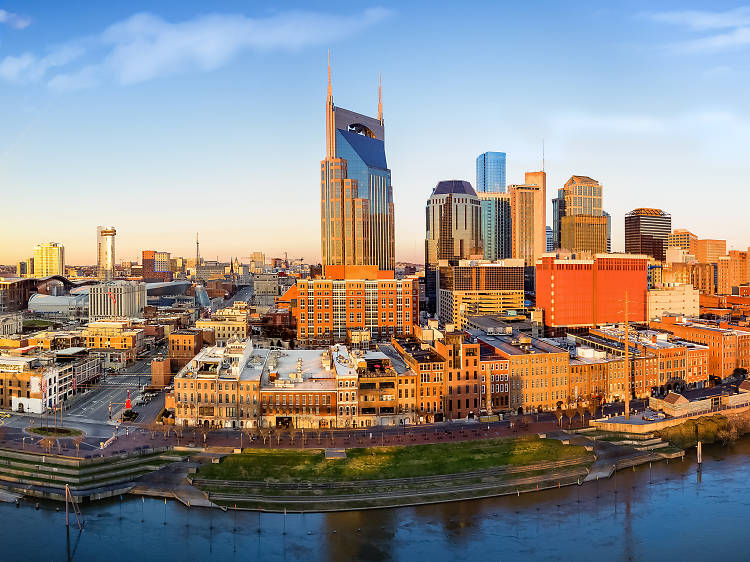 Nashville neighborhoods guide: The best places to stay in Nashville

Deciding where to sleep is a hugely important part of planning any trip. That isn’t just about hotels, that means entire neighborhoods. Much will depend on the focus of any particular trip, and many visits to Nashville revolve around its reputation as one big neon honky-tonk paradise, where boot-scooting and beer-swigging last until the early hours. You’ll find plenty of that in Music City, of course, but this place is far more diverse and nuanced than that.Every Nashville neighborhood offers something different, from famous attractions to live music, fabulous restaurants, and even family-friendly spots. Where to stay in Nashville? Let your guide do the heavy lifting; all you need to do is choose. RECOMMENDED: The best Airbnbs in Nashville 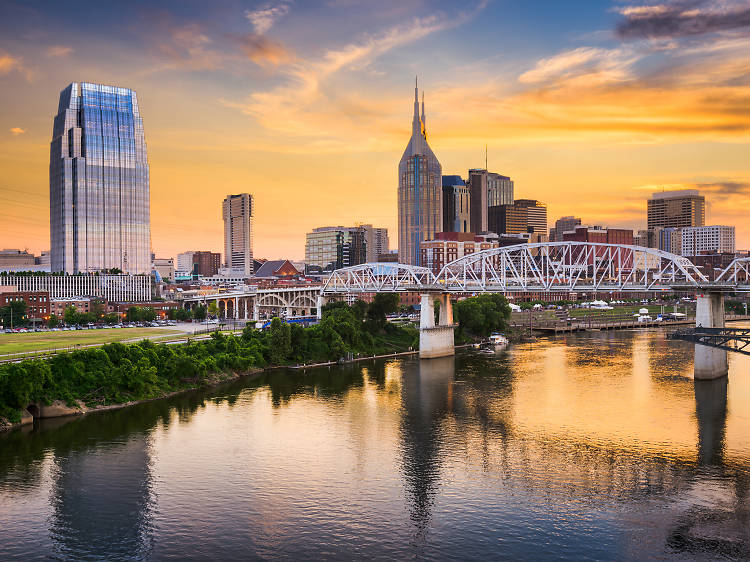 The 18 best things to do in Nashville

You might think you know what to expect from Nashville. A bombastic music scene? Of course. Hotter than hot chicken? You bet. Nightlife the envy of other cities across the country? Get those dancing shoes on; it is time to get rowdy. You’ll find all of this and more, but the best things to do in Nashville showcase a city of many layers.Nashville is a brilliant city, endlessly entertaining and delicious in every way, from the restaurants to the attractions and beyond. Check out our neighborhood guide to the city and decide where to sleep before hitting the streets and ticking off the best this magical place offers. RECOMMENDED: The best Airbnbs in Nashville 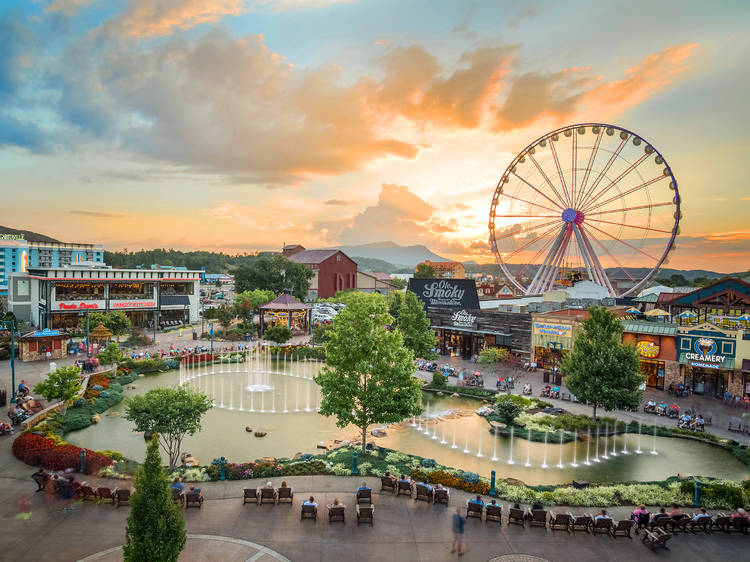 The 21 best things to do in Pigeon Forge

Pigeon Forge isn’t your usual destination city. For one, it has a fantastic name, a moniker that comes from a 19th-century forge and not some sort of pigeon-inspired success. What makes Pigeon Forge famous? Dollywood, in a word. Dolly Parton is everywhere here, but the best things to do in Pigeon Forge stretch far beyond the magic of the country icon.In a way, Pigeon Forge is a fascinating mixture of Vegas, Orlando, and Branson, a manufactured town of tourism accentuated by unparalleled natural beauty. There is nowhere like it. Family-friendly fun rules the roost, with excellent amusement parks, theme hotels, and fun restaurants. That might be the best word to sum up Pigeon Forge; fun. 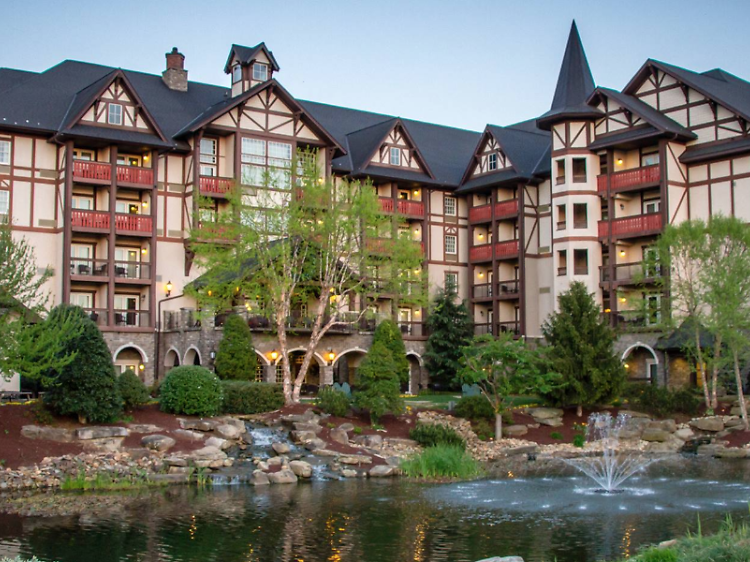 The 10 best hotels in Pigeon Forge

Pigeon Forge is famous for two reasons: its stunning location next to the Great Smoky Mountains and its connection to the immortal Dolly Parton. Which, together, explains why this tiny town of only 5,000 inhabitants regularly gets upwards of 10 million visitors per year. To help you make the most of your visit, we’ve compiled a list of the area’s best hotels that will make your trip even better. There’s a gorgeous Victorian-style farmhouse, a yes-please-I’ll-book-now spa and several options with great indoor swimming pools. After working 9 to 5, you deserve it. Plan the rest of your trip with a little help from our list of the area’s unmissable things to do.  This article includes affiliate links. These links have no influence on our editorial content. For more information, click here. 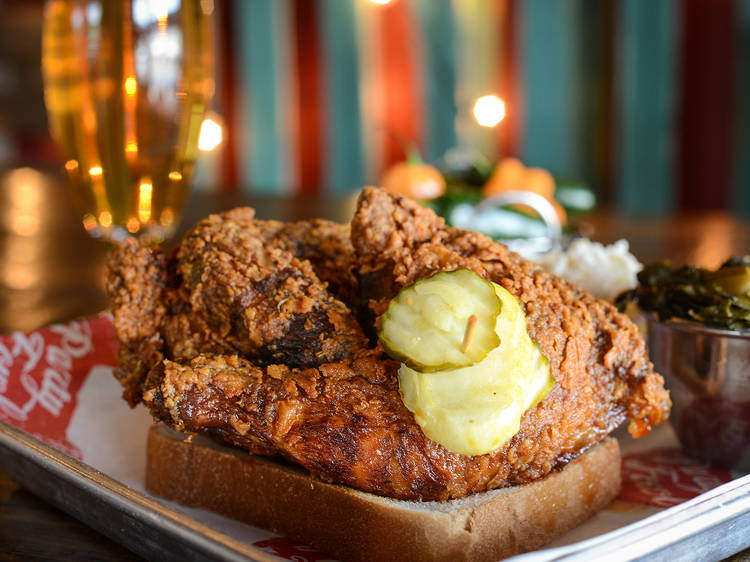 Where to go for the best hot chicken in Nashville

Nashville hot chicken is no longer served just in Music City ... you can order it in Chicago, New York, and even at KFC, but if you’re in town, you gotta eat it locally. But first, you have to understand its history: It was the 1930s and a woman – whose identity is lost to the ages – wasn’t thrilled that her boyfriend was, as they say in the South, stepping out on her. She intended to seek revenge on the cheating man by making him a too-hot-to-handle recipe of his favorite fried chicken with blistering peppers and extra spices. Unfortunately for her (although not for us), the erstwhile paramour Thorton Prince liked it hot! The relationship ended but Prince’s family ran with the idea: Prince’s hot chicken, now referred to as Nashville hot chicken, was born. In recent years, as the dish has gained even more popularity, chefs across the city have developed their own interpretations of the signature dish. And, just like Prince, most of them keep their recipes closely guarded—making a culinary trip around Nashville’s hot chicken scene one of the very best things to do in town, an attraction in its own right. If you want to try an authentic take on the stuff, expect an open-faced white bread sandwich, bone-in with a pickle on top. Traditionally, the bird is pan-fried at varying levels of spiciness: the darker the spice mix, the hotter the fare.  On our list of the best hot chicken in Nashville , you’ll find both traditional and more jazzed-up versions of the delicacy, plus some veg 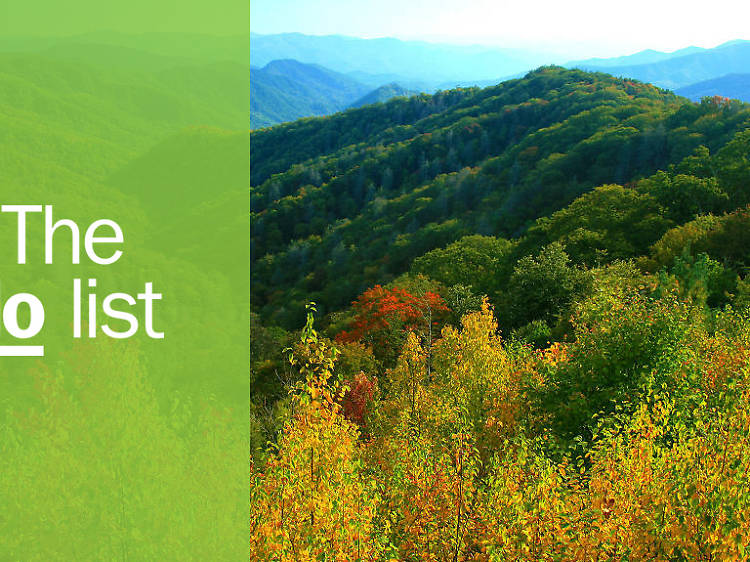 The 11 best things to do in Gatlinburg

Gatlinburg is the "Gateway to the Smokies," a mountain town at the entrance to the Great Smoky Mountains National Park. As the town has become more popular (this is the most-visited national park in the country) it has developed a reputation for vacation kitsch. Certainly, there’s a ton of it in Pigeon Forge, Gatlinburg’s neighbor to the north. There's no shortage of old-time photo booths and believe-it-or-not attractions here either, but you can balance the man-made fun by exploring Mother Nature’s bounty. The Parkway is the main drag through town, while many of the best attractions require you to go up into the mountains—and Gatlinburg has fun ways to make that happen. Take a look at our guide to the best things to do in Gatlinburg to learn about them all. Done something on this list and loved it? Share it with the hashtag #TimeOutDoList and tag @TimeOutEverywhere. Find out more about how Time Out selects the very best things to do all over the world. 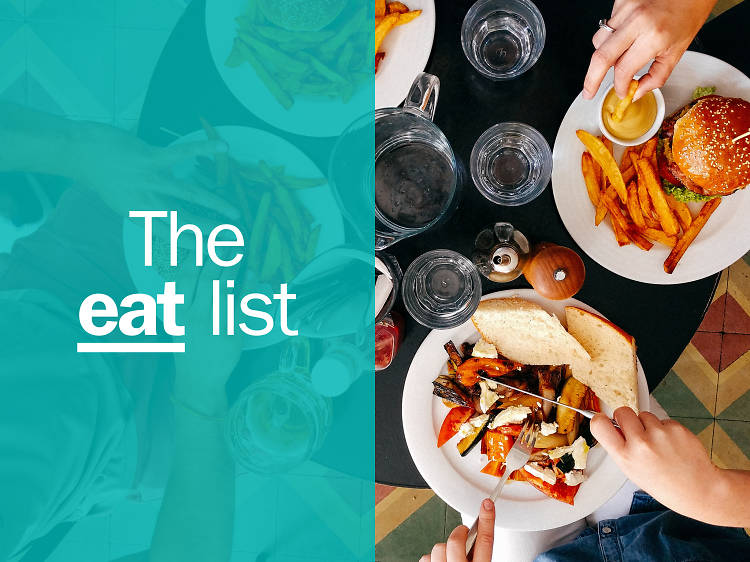 The 13 best restaurants in Pigeon Forge

Family-friendly Pigeon Forge is known for quantity when it comes to dining, offering lots of all-you-can-eat buffets and family-style meals. But that doesn’t mean quality can’t be found. Eateries dot both sides of the Parkway (US 441), the main road that leads to the Great Smoky Mountain National Park, nestled between neon-signed attractions and quirky things to do. Pigeon Forge is right outside the entrance to the national park; nearby Gatlinburg and Sevierville are essentially all connected to Pigeon Forge and close enough that a few of their restaurants are included in this best list, too. Few, if any, restaurants in the area have a dress code, so plan to mosey up straight from your hotel (or nearby water park) and feast away in delicious, casual, vacation style. 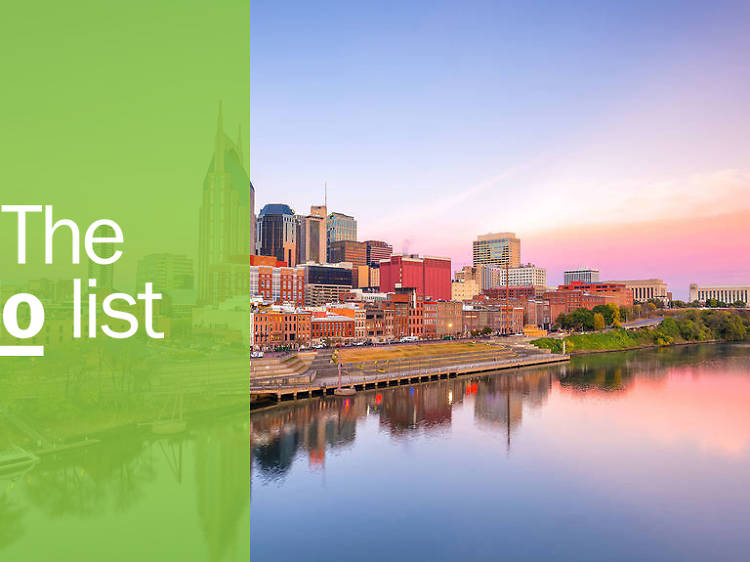 The 16 best things to do in Tennessee

The 432-mile length of Tennessee stretches from the Appalachian Mountains to the mighty Mississippi River; in between is a state chockfull of beauty and fun. The Volunteer State is home to mountains and rivers, and its four major cities—Memphis, Nashville, Knoxville and Chattanooga—have distinct personalities and tastes. You'll eat barbeque and hot chicken, listen to blues and country, hike and study at universities, make music and make art—and, of course, drink Tennessee whiskey. Done something on this list and loved it? Share it with the hashtag #TimeOutDoList and tag @TimeOutEverywhere. Find out more about how Time Out selects the very best things to do all over the world. 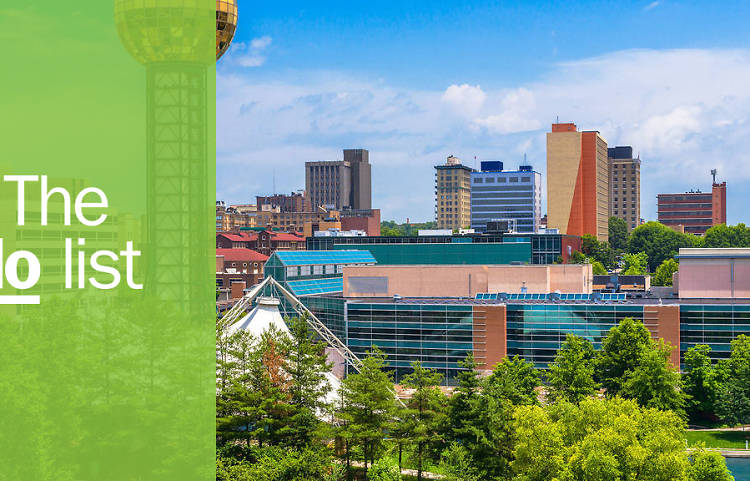 The 11 best things to do in Knoxville

As compared with Tennessee's other cities, Knoxville isn't exactly on the national radar. Memphis and Nashville have music and food; Chattanooga has outdoor excellence and, well, Knoxville is known for football (it is the home of the University of Tennessee). But that sells this vibrant, innovative city short. Sitting atop a bluff overlooking the Tennessee River, Knoxville, the site of the 1982 World's Fair, is a charming town with great outdoor recreation (the Great Smoky Mountains are just to the east), fun bars and restaurants, a robust creative community, and a live music scene that is more diverse than you'd expect. Done something on this list and loved it? Share it with the hashtag #TimeOutDoList and tag @TimeOutEverywhere. Find out more about how Time Out selects the very best things to do all over the world. 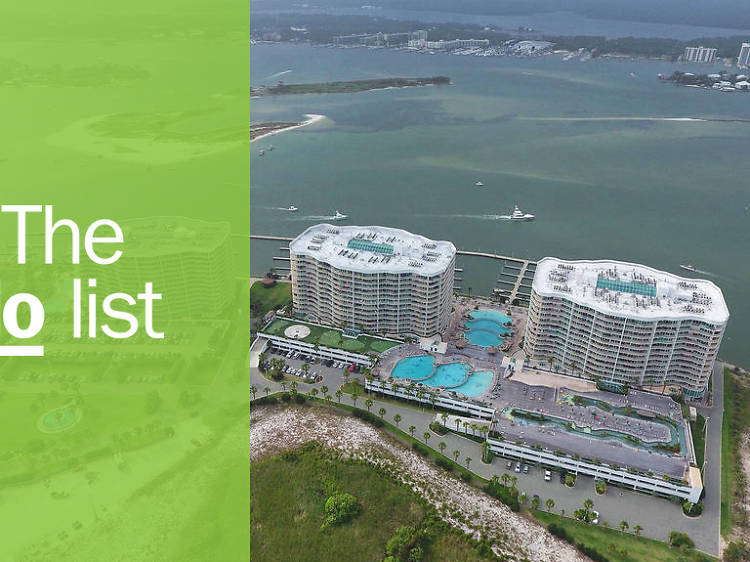 The 10 best things to do in Gulf Shores

The first thing that comes to mind when you hear the word Alabama is probably not the beach. But the state’s 60-mile coastline along the Gulf of Mexico is a paradise of white sand, much of it protected, providing an ecosystem for wildlife including nesting sea turtles. The twin cities of Gulf Shores and Orange Beach are its main draws – ripe with beach vacation staples, from fudge shops to waterfront bars to airbrush T-shirt shops. The nearby communities of Dauphin Island and Fort Morgan, on the west side of the city, are part of the area’s vacation fun too – a little less crowded, but just a seashell's throw from the heart of action. Done something on this list and loved it? Share it with the hashtag #TimeOutDoList and tag @TimeOutEverywhere. Find out more about how Time Out selects the very best things to do all over the world. 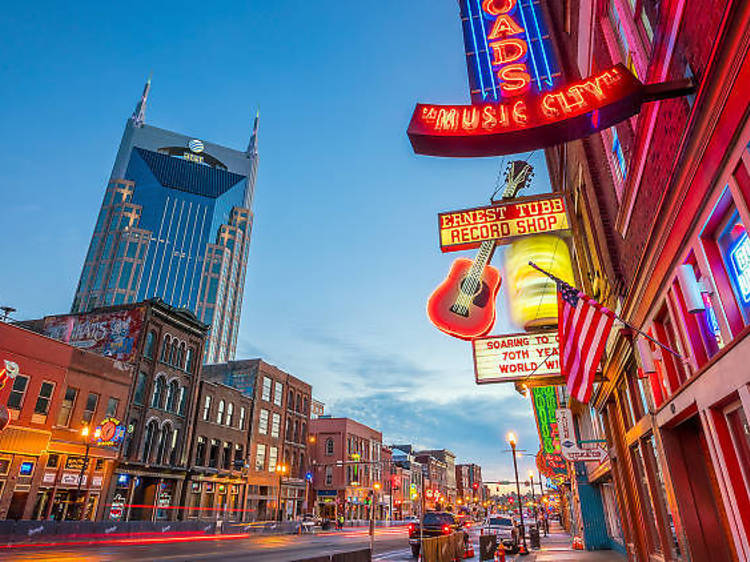 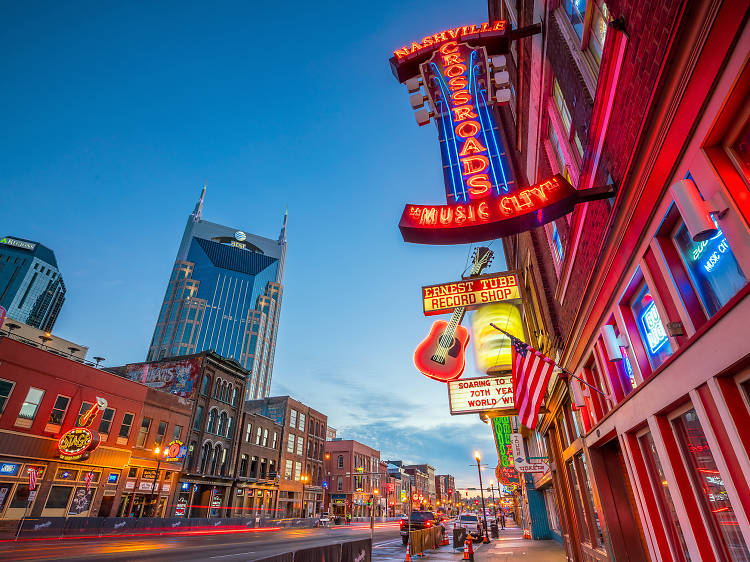 Want to boot-scoot in Nashville? Or hike Mt. LeConte in Great Smoky Mountains National Park? Well, the state of Tennessee is about to make your dreams a lot easier to achieve. The state recently launched a 'Tennessee on Me' initiative to give visitors $250 in digital gift cards from Delta Airlines, American Airlines or Southwest Airlines in order to travel to the Volunteer State this year. That's right, a free flight for anyone who wants to live like Elvis in Memphis.  Tourism is the state’s second largest industry, and after a slow 2020, hotels, museums, bars, live music venues, and amusement parks want everyone to know they are open again for business. The state even released a goofy video with country megastar and Tennessee resident Brad Paisley, who wrote a song about the giveaway with Governor Bill Lee. “I’m more excited than ever that live music is back in Tennessee – and bigger than ever,” Paisley said in a statement. Here’s the deal: You must book a two-night minimum stay at one of 60 participating hotels around the state. At least one night of the stay must be between Sunday and Wednesday. You pick from one of four major Tennessee cities – Nashville, Memphis, Chattanooga or Knoxville – plus your hotel and airline. You have to book your trip between now and September 15, 2021, and you must travel between July 11 and December 30, 2021. You also have to book through TennesseeOnMe.com. Participating hotels include: Nashville’s luxury Joseph, Memphis’s cool Central Statio