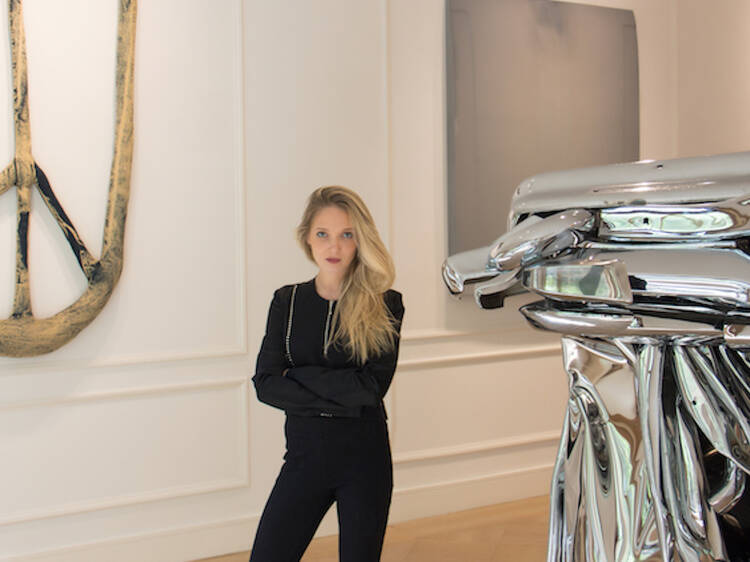 What draws you to curating? Curating is connecting. A curator is first bridging among thoughts, then among viewers. I take great pleasure in telling without using the most conventional ways of communicating. Curating is opening new dialogues between ideas and people in the subtlest of ways.  Does your dual cultural background and the different countries you’ve lived and worked in impact your curatorial approach? It most certainly does. Growing up with two strikingly different cultures, Turkish and Swiss, I think I developed two modes of thinking. There are so many layers and nuances in a language and you learn how to shift and riddle in between. If you can do that, you can also shift and connect ideas. Having worked for galleries and fairs both in Europe and the US such as Art Basel, Tefaf and Armory, I believe I developed a multifaceted view which influences my approach today. Where do you think contemporary art and curation are headed? I feel contemporary curating is at an exciting point; it does not follow conventions, rules and guides like it did in the past. Exhibitions where the viewers are not solely passive watchers are thought-provoking. It is of pivotal importance to develop such dynamic platforms for exhibiting art in today’s world. The art of today is no longer just a painting or a bronze sculpture; it is leaning towards artistic events, performances, temporary exhibitions that generate ideas. Today, such art cannot be preserved in frames or in plexiglass, but it 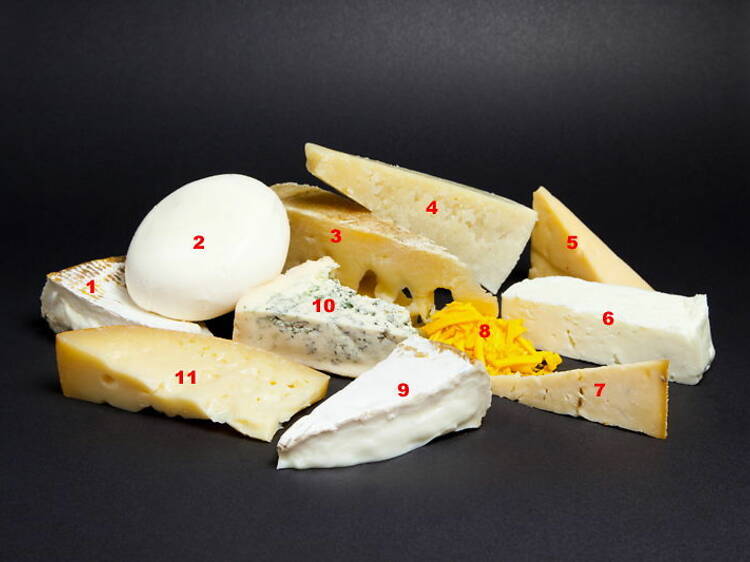 Whether you believe the stars have aligned or that some event planners have been working overtime, there’s no denying that June is one of those rare months where some of the most talented musicians of our time are all coming to the city. But don’t take our word for it – check out what their die-hard fans had to say... These days, if you happen to see people standing in the middle of the street in Galata, Karaköy, Moda or Yeldeğirmeni and taking photos on their phones, chances are you’ll glance up and find street art as the subject of these images. Although there are those who claim that the history of street art – which incorporates a variety of creative techniques such as graffiti, stencils, stickers, posters, mosaics, installations, sculptures and murals – is as old as ancient man’s cave drawings, there are still critics who debate whether this practice is even legal, let alone a legitimate art form. As the discussion rolls on, however, Turkey’s first street art festival Mural Istanbul has been teaming up with the Kadıköy Municipality since 2012 to transform some of the neighborhood’s dull and dilapidated façades into giant canvases. Unforgettable firstsTo date, 16 international and 7 Turkish artists have created 18 works (and counting) for Mural Istanbul. The project bore its first fruit in 2012 on Nüzhet Efendi Sokak in Kadıköy, where the unkempt walls surrounding a parking lot were brought back to life with Pixel Pancho’s “Bambino” (meaning “kid” in Italian). Shortly after completing the festival’s first work, the Italian street artist set his sights on a second wall on İzzettin Sokak – and the subsequent work, “Sultans,” quickly made a place for itself amidst Kadıköy’s memorable stray cats.We're a familyIn its first year, Mural Istanbul brought three works of art to Yeldeğirmeni: “Fa 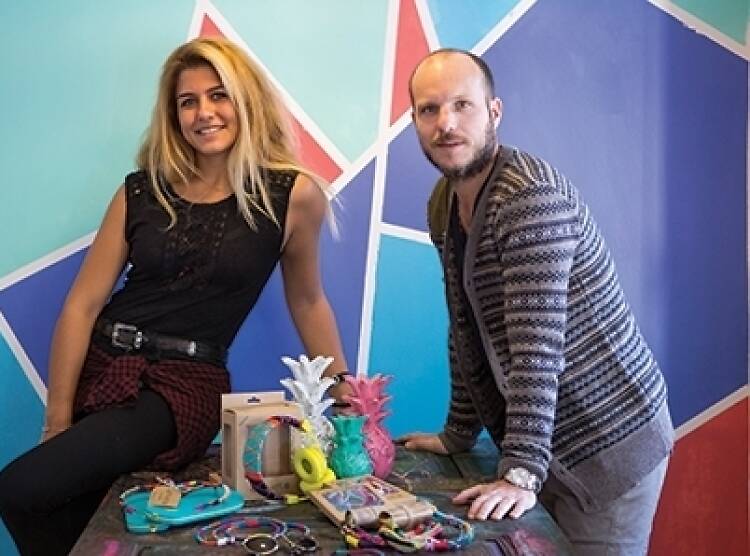 We’d like to introduce you to a brand whose creators are just as colorful as their products. The founders Karaso, are travel enthusiasts who met in 2013. Unlike most couples, their courtship involved trips to exotic locations like Zanzibar and the Philippines. The duo even spent several months living in Zanzibar, immersed in the locals’ unhurried approach to life – illustrated by the Swahili expression “pole – as well as the rich local culture. Just one look at Happy-Nes’s colorful everyday items is enough to reveal how much of an influence aesthetic approach.Kaleidoscopic headphonesGiven that Happy-Nes owes much of its popularity to its best-selling headphones, we were surprised to learn that the decisive factor in shaping these accessories’ design was a windless day. While working as a (who was also the Turkish women’s freestyle champion) used to wear these colorful strings in her hair. One day, when waiting for the wind, she got the idea to wrap them around her headphones and post a photo of it on Instagram – an act that resulted in a slew of orders coming in. You can now purchase Happy- Nes-ified versions of Apple, Urbanears and Philips brand headphones for 90-185 TL.Everyday items infused with colorThe colorful materials secured around Happy-Nes headphones also adorn phone- charging cables, flip-flops, earrings and bracelets. Yes, we’re talking about those ubiquitous Apple-brand cables (125 TL) – you know, the ones we’re all guilty of destroying through daily use or misp 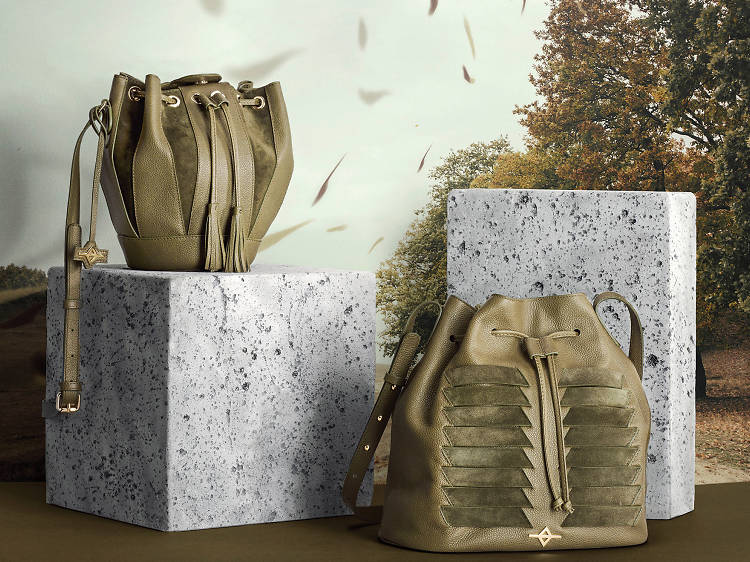 Before they started to work magic with leather at Kia Ora in 2014, Melis Erdoğan and Ceylan Toplamaoğlu led highly successful corporate careers. Erdoğan studied international management and economics in the States, while Toplamaoğlu studied brand management in Italy and went on to offer consulting services to many accessories and footwear brands, actively taking part in the design and production processes. In other words, the duo was fully armed with all of the experience and knowledge they needed to establish Kia Ora. The leather I live in Erdoğan and Toplamaoğlu intend for their designs to be “timeless, high-quality accessories that can be heirloom pieces.” To achieve this, they chose to focus on leather, a living material that breathes and gets better with age. The result was a resounding success, as Kia Ora managed to fit immensely popular designs in colors that have become the brand’s signature within the span of a year. In its first season, Kia Ora produced seven models, all handcrafted right here in Istanbul. The designs – which are divided into two seasons in accordance with the international fashion calendar – have become staple pieces for those who adopt the brand’s motto of “understated elegance.” Kia Ora’s use of leather-on-leather has become a trademark of the brand. More than a design feature, this strategic move also enables the brand to differentiate its products from others, as all big accessory labels do. Although the designs are generally done in eart Meet the founders of Custom Rebels, pioneers in the third wave of leather

Many brands can and do make leather jackets, but if you’re looking for one that’s fully customized with incredible colors and bold slogans, you’ll have to check out Custom Rebels. A brand that blends style with art, Custom Rebels is the brainchild of three close friends who come from different professional backgrounds. It all began when Deniz Özgün bought a motorcycle and began looking for an authentic leather jacket to go with it: something similar to the Type A-2 leather flight jacket (worn by American pilots in WWII) or the multicolored ones worn by Hell’s Angels. As he struggled to find the jacket of his dreams, his friend Duygu Yegül rolled up her sleeves to give him this unique gift. An advertiser by trade, Yegül worked with a number of different designs, colors and dyes to get the jacket just right. Once completed, everyone who saw Özgün’s jacket wanted a similar one for his or her own, and Custom Rebels was born. Only two years in, Custom Rebels has managed to grow into a brand that’s done custom production for American Retro, organized runway shows in Paris and even collaborated with BMW. Yet what motivates its founders the most is meeting people who are as excited to wear their carefully crafted jackets as they are. The brand’s one-of-a-kind jackets are wholly handmade using only genuine leather. It takes approximately two weeks for Custom Rebels to design and craft a jacket. They currently offer three models: the bomber (500-800 euro) and two bikers (800-1200 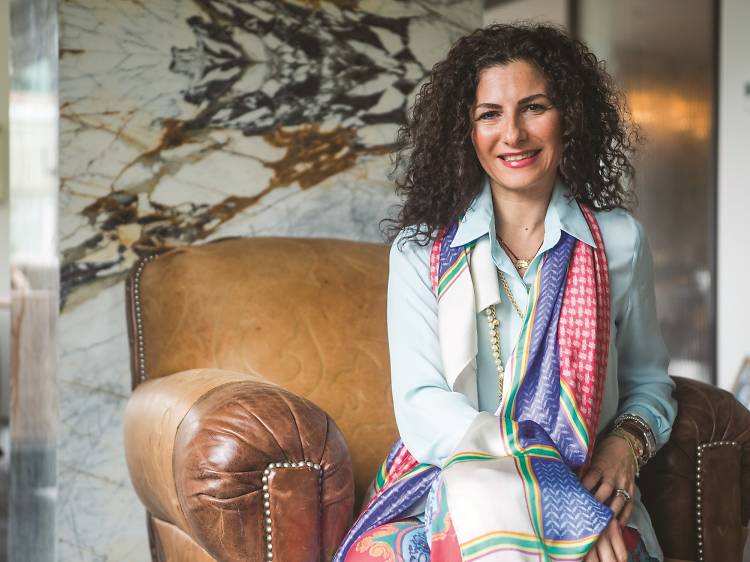 What to wear this summer

Beach looks Lightweight pants are the item to have this season, whether you’re relaxing on the beach or hanging out by the pool. These flowy, wide-leg bottoms are ideal for those times when you want to look effortlessly chic while remaining comfortable. And since matching sets are so on trend right now, don’t hesitate to go bold and wear the same pattern on your top half. The ideal bag A summertime bag must be lightweight above all else. The popular style this season is colorful and roomy enough for daily use. These functional, chic totes embrace the energy of summer through rich patterns – the ideal choice for the city as well as the seaside. Multitaskers We can’t stress this enough: summer means comfort. According to Eskinazi, the most transportable pieces of the season are patterned linen mini dresses and jumpers. These designs take up little room in your suitcase and can easily go from day to night, making them summertime staples for on-the-go style. To get even more mileage out of your beach pants, we suggest pairing it with a patterned silk blouse for an elegant dinner look. Taka products are sold at Miniko in Asmalımescit. For more info click here. Fifty signs you've been in Turkey too long

1. You automatically take off your shoes when entering a house. 2. You’ve tried all the types of street food Istanbul offers: corn, stuffed mussels, chickpeas on rice, nuts, pomegranate juice, popcorn... 3. Not a day goes by without drinking at least one çay (tea). If it does, you feel weird about it. 4. Friends don’t invite you to their homes for dinner, but for breakfast. 5. You know the name of the guy at the bakkal (corner store) on your street. 6. Everything is çok (very): çok güzel, çok iyi, çok ayıp... 7. You have started to answer questions by repeating the answer (evet, evet; var, var; hayır, hayır; yok, yok). 8. You’ve forgotten what it means to recycle. 9. You no longer hear the honking of car horns. 10. You know there is always traffic in Istanbul: the question is whether there is traffic or A LOT of traffic. 11. You know you’ll find a portrait of Atatürk everywhere you go. 12. You have learned to accept yogurt as something salty you drink with your food rather than something sweet you eat for dessert. 13. You hardly hear it anymore when the mosques issue the call to prayer. Five times a day. Starting at 05.30. 14. You have drunk çay when it’s 35 degrees Celsius outside. 15. You know the only way to cross the street is kamikaze-style, with the cars passing just a few centimetres away. Traffic lights? What are those? 16. You know the first rule about Atatürk is: you do not say anything bad about Atatürk. 17. And the second rule about Atatürk is: you do not say anyt 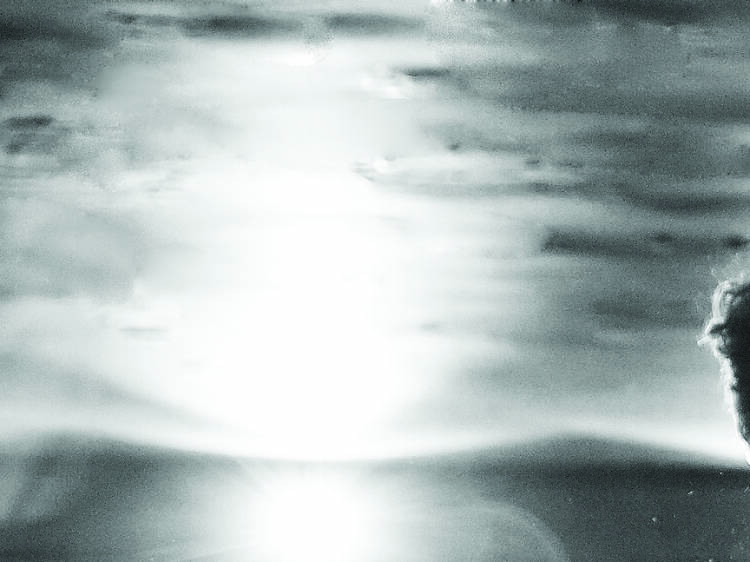 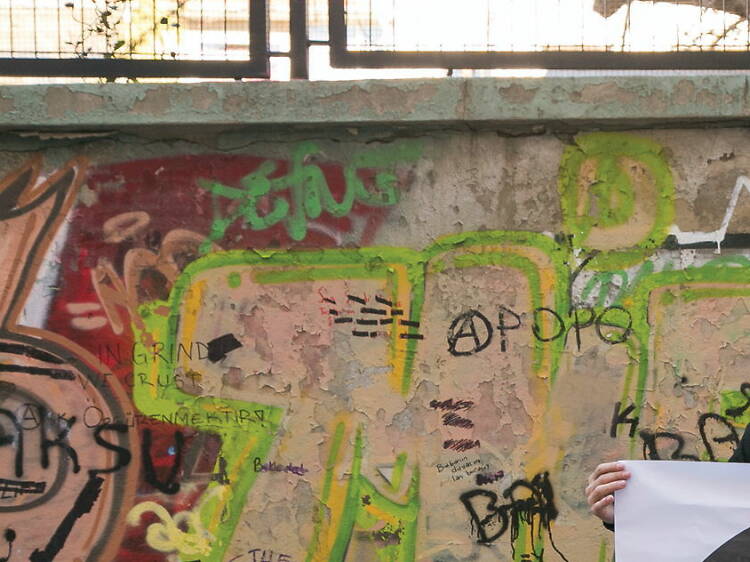