Bars and pubs Newton
Recommended
5 out of 5 stars 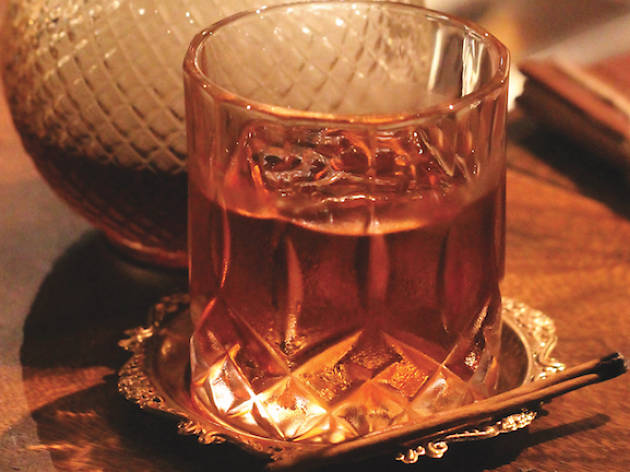 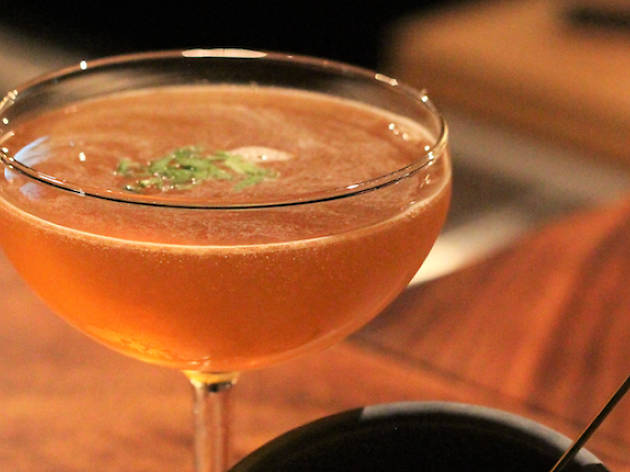 Offering a mix of locally inspired tipples and timeless classics

If you need more of a reason to head down to 33 Scotts Road than Michelin-starred restaurant Song of India then Amrith is the answer. The new cocktail bar by Barsmiths occupies a small nook of its own, right by the steps that lead up to the eatery. The glass-enclosed space is brighter than what we expect from a bar but the warm glow of the copper-tone pendant lights and mahogany accents give the small 15-seater a sense of cosy intimacy.

Amrith’s leather-bounded menu is split into four acts: act one currently features cocktails inspired by Singapore and Spain – the countries and drinks in this act change every three months – act two focuses on the classic, act three houses punch bowls and act four highlights bottles so rare, they’re probably the only ones on the island. From act one, we try the Hainanese chicken rice ($26), a cocktail created by Edwin Poh, who you might recognise from Ah Sam’s Cold Drink Stall. He specialises in Asian concoctions, blending flavours from the region to make this and other drinks like the spirit-forward Ju-Hua-Ti-Ni ($24), a take on a classic martini with bitter notes from the chrysanthemum, and Springs of Edo ($26), a sweet drink with a hint of floral smoke in its finish. But back to the chicken rice cocktail – it looks like a bowl of chicken rice soup complete with sprigs of coriander paired with actual chunks of chicken meat doused in soya sauce as a garnish. Made with rye fat-washed with sesame oil, fried ginger, garlic and shallots, the savoury drink doesn’t quite taste like everyone’s favourite local dish until you bite into a piece of chicken. Only then does everything come together in an umami bomb from the sesame and soya reduction, with heat from the chilli and ginger, and brightness of the calamansi juice brings everything together.

We’re only a couple of months into 2018 but we dare say that Amrith might be the best bar opening of the year. Everything from the drinks to the witty banter dished out by the bartenders sparkles – we can’t wait to go back.