Bars and pubs, Cocktail bars Raffles Place
3 out of 5 stars 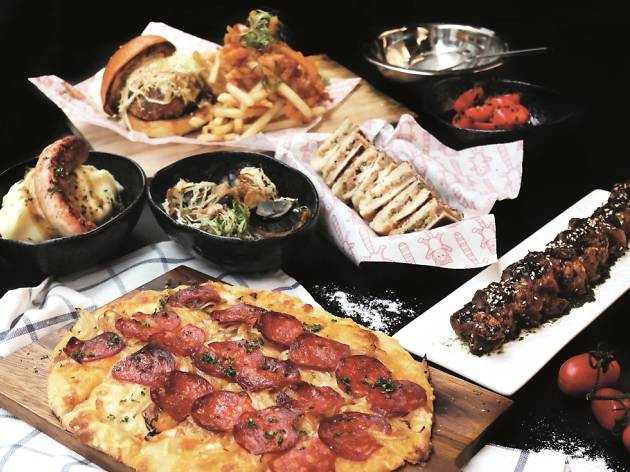 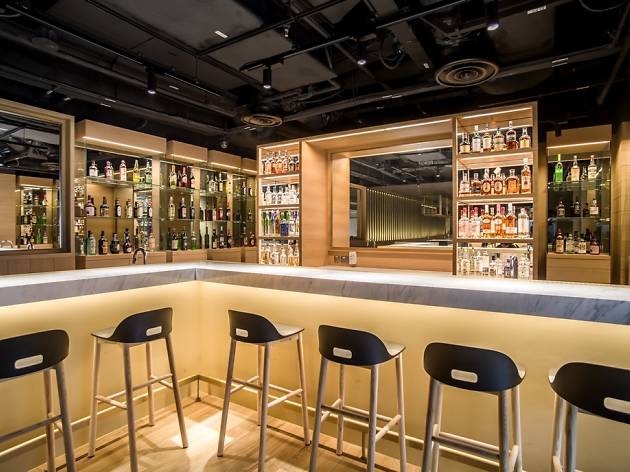 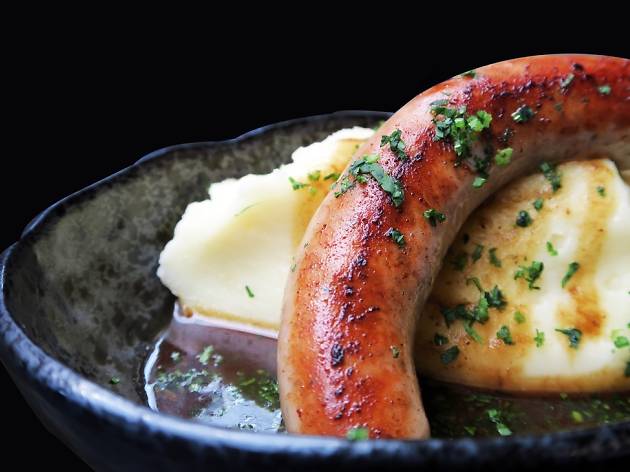 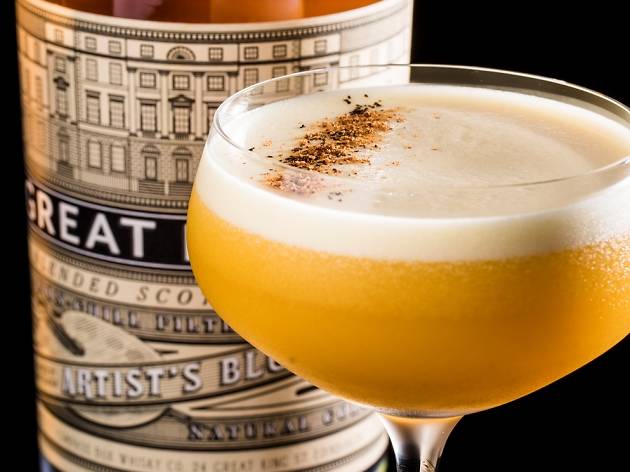 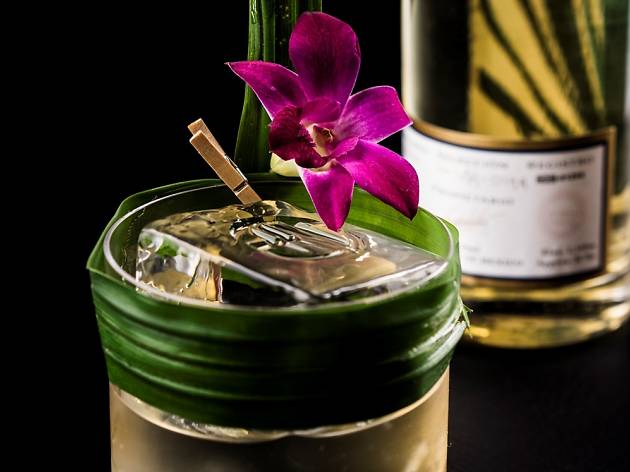 It’s the end of an era. With Zouk slated to move from Jiak Kim Street to Clarke Quay in early 2017, head to Red Tail for a sneak peek of what’s to come. Think of it as a fresh, fun take on Wine Bar – the music is loud, the lights are dim and a neon sign behind the bar cries out ‘The Drama before the Party’. But that’s only if ‘drama’ means greasy grub and surprisingly elegant cocktails. Because this bar-slash-restaurant’s chic, wood-washed interiors and semi-open kitchen probably don’t make the best stage for fistfights and heated arguments.

Forget your jugs of Long Island Tea and shots of tequila. Red Tail’s cocktails are legit. They’re inspired by four Asian nightlife districts – Lan Kwai Fong (Hong Kong), Itaewon (Seoul), The Row (Kuala Lumpur) and Jalan Legian (Bali) – and look as fancy as anything shaken up by a ‘mixologist’.

Order the cheekily named Fancy Uncle ($22), a tipple inspired by towkays who enjoy their booze while sitting, leg up, on rattan chairs. With a mix of blended Scotch whisky, Earl Grey tea and spiced apple honey syrup, the drink will leave you feeling like Iggy riding in the fast lane from Singapore to The Row. If you’re feeling adventurous, have the Wild Pearl ($18): a soju- and dry vermouth-based cocktail drizzled with homemade sesame syrup and sesame oil. The oil forms a thin film that coats the tongue, with a complexity of flavours both savoury and sweet.

The food, unfortunately, disappoints. A collaborative effort between consultant chef Ming Tan, who co-owns Park Bench Deli, and head chef Chan Kar Meng, the menu falls on the modern Asian end of bar bites. Think Scotch century egg ($9), a spin on the British classic whose prawn-and-pork mince is so thin it barely registers over the pungency of the preserved egg. And, of course, there’s salted egg yolk sauce. Here, it’s draped over fried chicken skin ($10) that’s so artery-clogging you should only order the dish if you plan on dancing the calories away ’til 5am.

On to the heavier dishes, and the yun cheong thin-crust pizza ($25) doesn’t warrant its price tag. Topped with three kinds of cheese, onions, cherry tomatoes and bits of Chinese sausage that have been burnt to a jerky-like texture, the pizza is pretty lacklustre. Skip that and go straight for the new and improved sausage and mash ($12). Not just nostalgia-inducing, the bucket of post-party fuel now comes with a juicy garlic and thyme pork sausage and real, garlicky whipped potato, drizzled with beef jus. If only Red Tail’s kitchen didn’t close at 1.30am, I’d have this beauty after a night of revelry for sure.