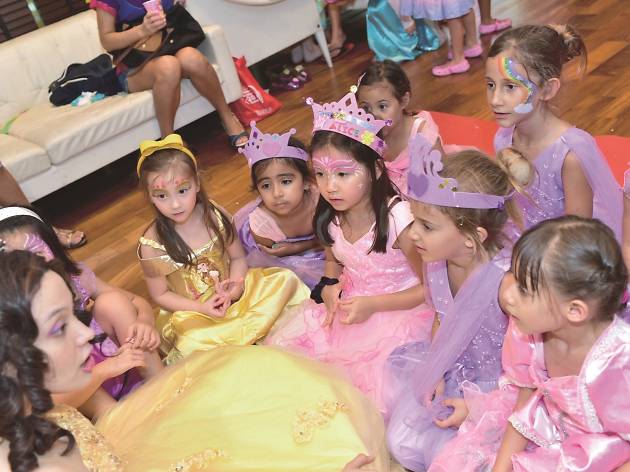 Let your child live out their dream of being a princess, superhero or even a mermaid for a day with a Fizazzle party. Pick a theme – mermaid, pop star, and pool party are the favourites – or design an original concept based on your child’s preference (you’ll need to begin at least two months in advance, though). Basic entertainment packages start from $750 (for up to 15 children): you’ll get a costumed performer as a host, a sound system with music related to the theme, props, and ground staff to facilitate the party. For the full works, which includes decor, cake, door gifts and food, expect to spend an average of $3,000. Pro tip: Fizazzle anticipates 3D backdrops and props to be the next big thing, so get on it soon. 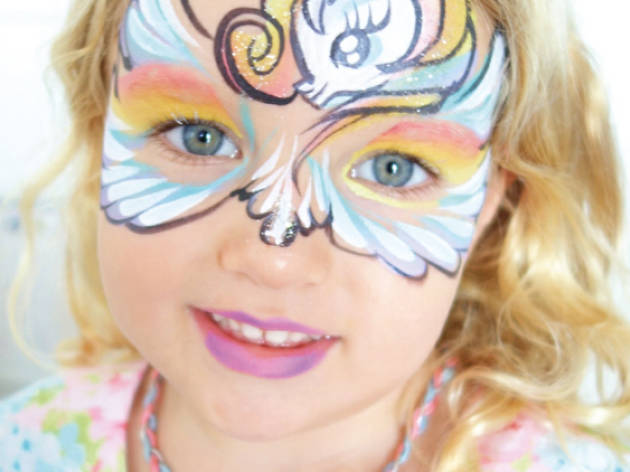 What’s better than face and arm painting? Glow-in-the-dark painting, that’s what. It works best if you’re throwing an evening party or, err, if you just switch off the lights. Designs run the gamut from flowers, butterflies, spiders and hearts to more intricate ones such as animals, superheroes and even Pokémon. À la carte services start from $150 – each artist paints for an hour for up to 15 kids – while basic packages begin at $400 for two artists. Happier does balloon sculpting and decoration arches, too. 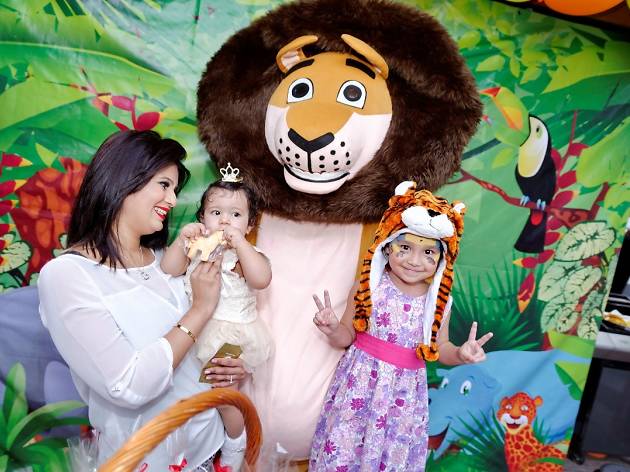 Think of Party Mojo as a one-stop shop for all sorts of bashes: from pool party floats and outdoor carnival booths to live churro stations and bouncy castles, you’d be hard-pressed to find a service it doesn’t offer. Party Mojo’s all-time crowd favourite package is the safari party ($850 for 20 children), which includes 2 hours of activities (think games, face painting and balloon sculpting), a large backdrop of wildlife, a pair of jungle-themed balloon columns and, of course, an oversized lion mascot who’ll interact with the children. Four staff will be on the ground to smoothen things out on the day, and each tyke will go home with goodie bags and safari hats, too. Take note: you gotta book at least two weeks in advance.
Read more 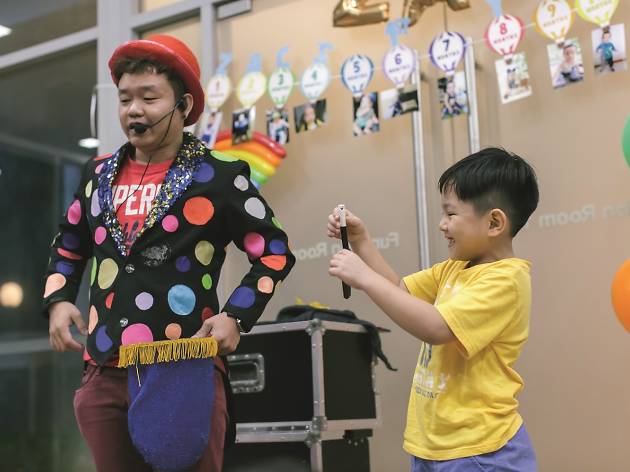 All the time you spent scouring for the best-looking party decoration on Pinterest will pay off with Party Fiestar’s insanely eye-catching dessert table. Party Fiestar does customised candy table buffet catering and styling (from $650), which includes personalised birthday buntings, paper lanterns or balloon columns, four jars of candies and popcorns, 30 personalised chocolate bars and a giant backdrop to complete the look. On top of that, it offers full party packages – the current bestseller’s the Awesome Package ($588), which comprises two decoration and three entertainment services. Although Party Fiestar tries to accommodate last-minute requests, you’ll want to book at least a week ahead. 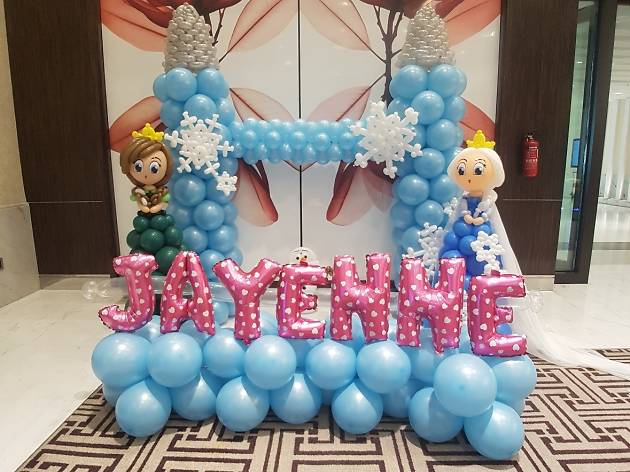 Magic shows never get old, and Jazz Ang knows that. The magician goes by the name of Mr Rabbit – presumably a nod to the bunnies-out-of-the-hat illusion – and turns up to birthday parties (from $380) armed with a portable sound system, a ‘stage’ and a fistful of tricks up his sleeves, including making a table fly. And besides a 30-minute performance, Ang twists balloons and hosts the cutting of the birthday cake. With over a decade of experience in the game, you can be sure Mr Rabbit knows his stuff. 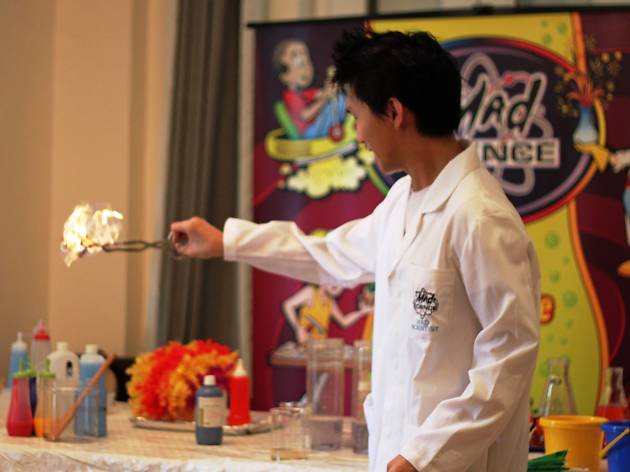 Best for the geeks

Why settle for a run-of-the-mill party when the little ones can build a mini lava lamp, make a periscope, learn the wonders of dry ice and fling boomerangs with Mad Science’s interactive birthday parties? The children can don lab coats and thinking caps as their ‘scientist’ host demonstrates experiments that’d make Bill Nye proud. Each kid will bring home their own super stretchy slime or a science kit as a souvenir – that’s right, Mad Science has kids’ entertainment down to a science. Basic hour-long packages start from $580 for 15 children, with each additional boy or girl at $18. 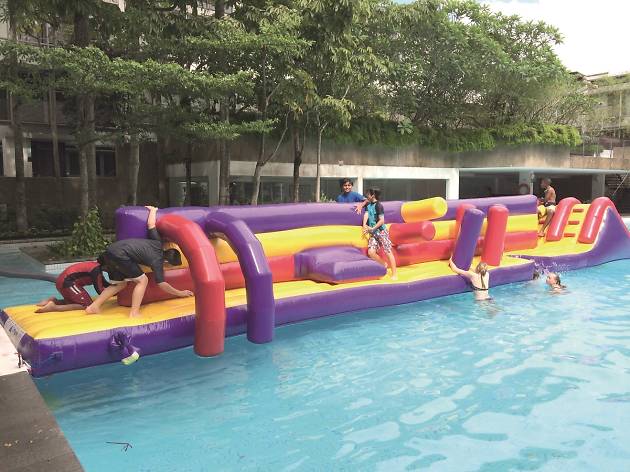 Best for tumbling around

Turn up the carnival spirit with one of Bouncy Castles’ inflatable bouncers, ball ponds, slides, obstacles courses, toddler’s play equipment and water floats. A bouncy castle for two- to fiveyear-olds starts from $260, but if you’re looking to go all out, the most popular unit is the twin track floating obstacle course: it’s meant to be deployed in a swimming pool as it ends with two slides — perfect for racing against another team. This will cost you upwards of $1,000, though. There are land-based bouncers, too, such as a sports-themed multi-activity unit featuring a bounce area, obstacles, basketball hoop and slide (from $800) and a tigerthemed bouncer (from $600). 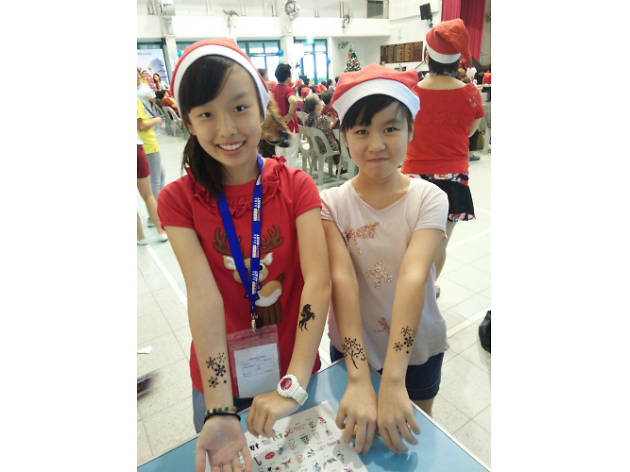 Who needs paper when your body can become the canvas? Party Parlour brings celebrations to life with body art, airbrush tattoos and the likes. FDA-approved body paints are sprayed onto the skin over stencils to create water-resistant temporary tattoos that last up to five days. These services are available at $200 an hour, $300 for two hours or $450 for three hours and you can expect a up to 45 happily ‘tattooed’ children in an hour while using black ink or 30 if you’re opting for colours or UV ink. Be sure to send in your stencil ideas 14 days in advance to have them customised. Party Parlour also offers face-painting, balloon art, caricature and polaroid photography, along with the rental of bouncy castles, popcorn and game machines 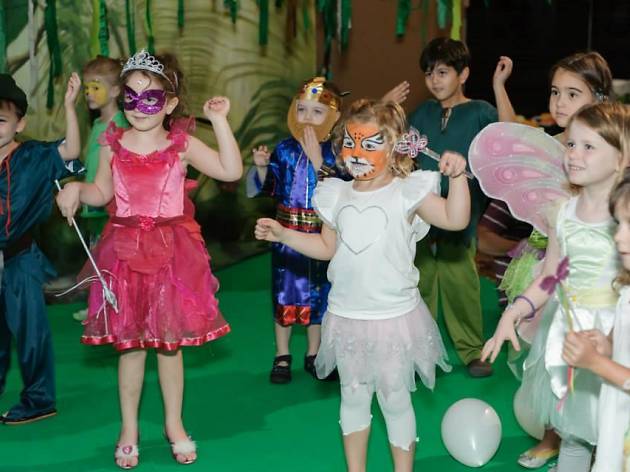 Planning your little one’s birthday bash is no easy task. We ask Jason Lee of PartyMojo, a kid’s party planning company with more than 800 events under its belt, to share a few tips
Read more 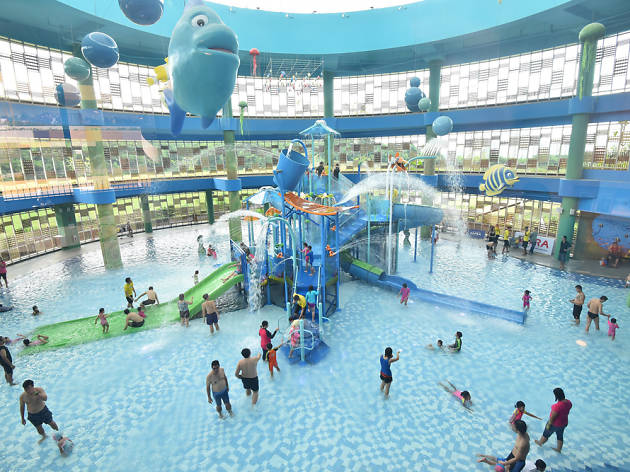 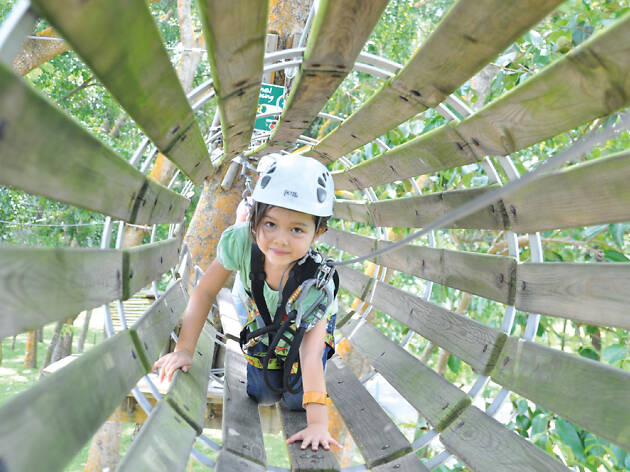 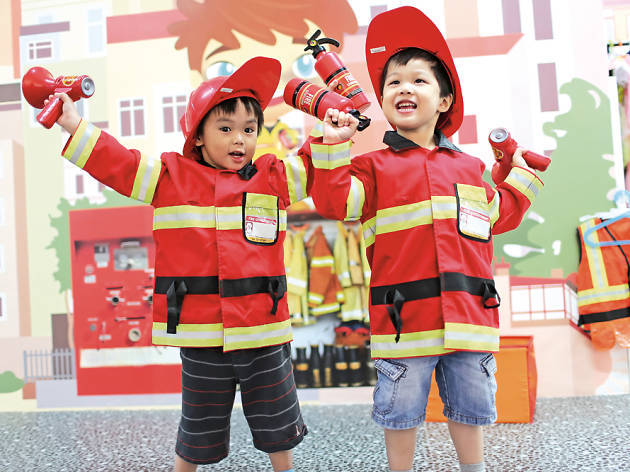 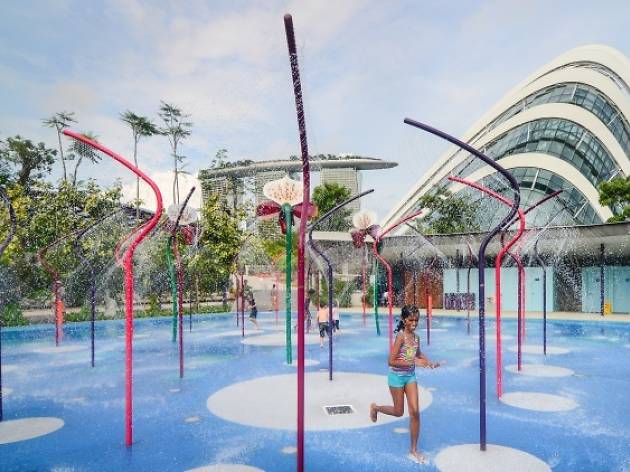 Photograph: Gardens by the Bay
Keep cool and splash around at these water parks
Read more
Recommended