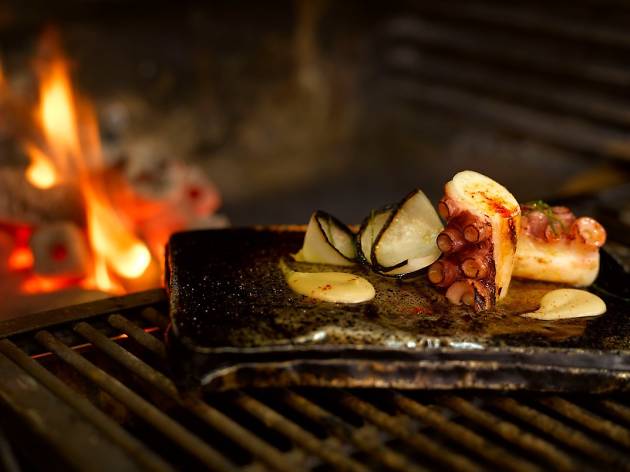 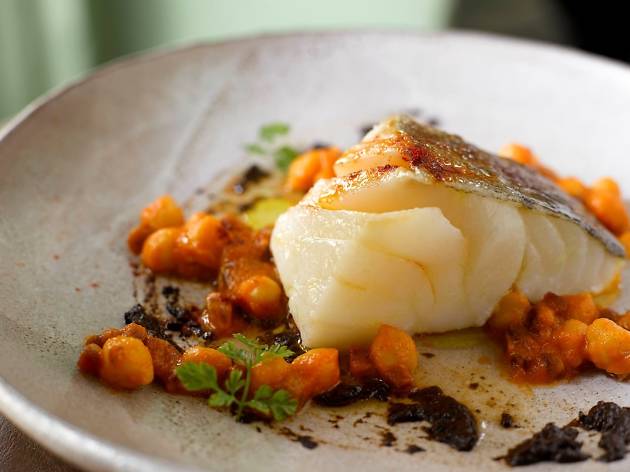 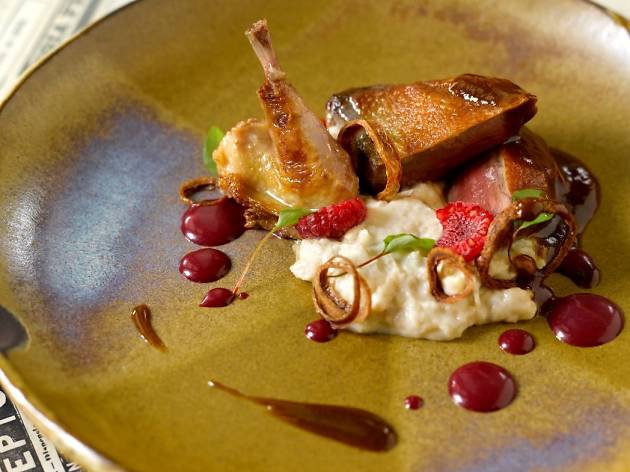 You know all about Esquina, the co-venture between hotelier Loh Lik Peng and restaurateur Jason Atherton. Since it kick-started the finer-than-casual small plates cuisine in 2011, it's been one of those reliably booked-out restaurants. After the departure of Andrew Walsh, the restaurant's sparking excitement again with a new head chef at the helm.

The local bar-hopping set will recognise Carlos Montobbio as the man behind the fancy snacks at the Fairmont Singapore's Anti:dote bar. Barcelona-born, and with experience in Michelin-decorated kitchens like El Celler de Can Roca and Zuberoa in Spain, the 28-year-old excelled at piling invention and technique on the finger food at Anti:dote, but has his potential better realised in Esquina's open kitchen.

His dishes still cradle Esquina's signature Mediterranean warmth, though Japanese cuisine's strong hold on Montobbio shows up on the occasional plate. Spanish nigiri ($6) is a fruity tuna-like strip of roasted bell pepper draped over velvety potatoes and salted cod. Tender bites of raw scallop ($22), plated alongside radish discs and apples, get a lift from ponzu sauce.

Sea life dominates the Snacks and Sea sections of the menu – and it’s Montobbio's strong suit. Slender, bony sardines are enriched with salty grilled zucchini, then brightened with a blast of cold from roasted bell pepper sorbet ($16), while a thick tentacle of Spanish octopus is cooked to chewy perfection with burnt onions and earthy Jerusalem artichokes ($28). In contrast, the two tacos of beef cheek ($18) are dull and muddy with gooey meat – though the gamey roasted pigeon ($22) saves the meal with a zingy tumble of raspberries and rosemary polenta.

Not all the old menu has been overhauled. Carry-overs from the old guard include the paella with snapper fillets ($24) and instead of the usual wedge of eggy tortilla, the Spanish omelette has been blended and made into fluffy pancakes stacked between lacy bread and olive oil orbs ($6).

We wish, though, with a new phase in Esquina’s story, that the bar seats were more comfortable – they’re currently way too intimate with your posterior – and the portions are more generous. Order one in their good selection of sherries (from $17/glass), Spanish wines (from $16/glass) or beer ($16/glass) and watch the bill stack up. Still, it's reason to save up – Montobbio's clearly in his element, and this hot joint just got hotter.