Restaurants Raffles Place
3 out of 5 stars 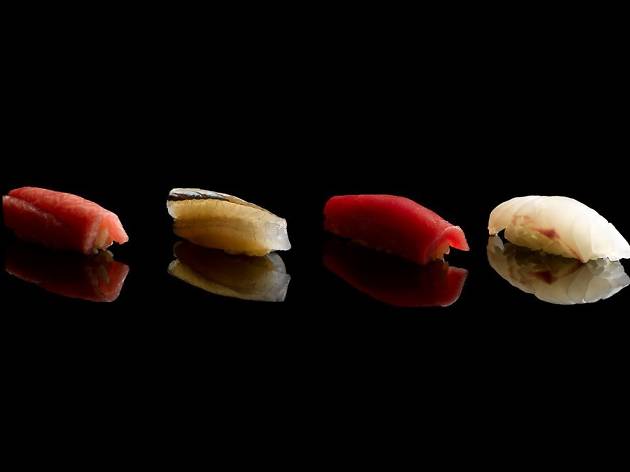 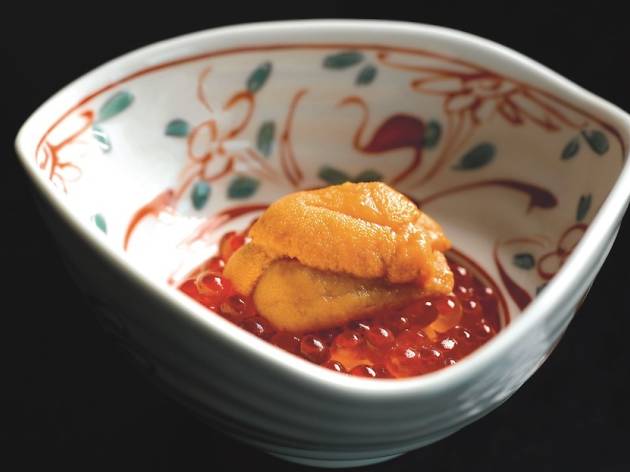 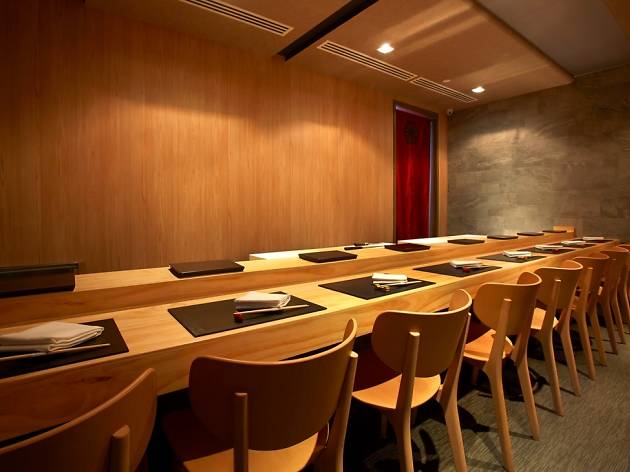 Delicate, but not deft, nigiri

There comes a point in fine sushi dining, usually about $150 in, at which the minutae of the meal – its craft, ingredients, flavours and textures – are lost on the average, Itacho-going diner. So when we say this eight-seater sushi bar (a separate private room seats six) in the One Fullerton enclave of high-end restaurants is pretty good, we mean it. But, likewise, when we say it isn’t worth its asking price, we mean it, too.

A lunch at Shoukouwa starts at $150 for a 12-course nigiri sprint, bookended by an appetiser and a dessert. Dinner is more of a marathon: there are only two options – one $320 and the other $480 (gulp) – but they include cooked dishes, sashimi and 14 pieces of nigiri. The $320 set includes two sashimi courses or cooked dishes, while the $480 includes five of the same. Each lunch and dinner set also comes with miso soup and tamago. And as is the fashion for a restaurant of this calibre, everything’s omakase.

With the most expensive meal clocking in at about the price of a return flight to Tokyo, you’d expect blow-your-mind levels of sushi, wrought from the wizened fingers of a shokuhin who picked up the art from a sixth-generation Sushi Buddha. Unfortunately, this isn’t quite the case. Yes, chef Masahiro Suzuki who prepared our lunch has 13 years of experience in the game. But when the sushi struggles to cross the first, most important hurdle, we leave the hinoki-toned bar wanting more.

We’re talking, of course, about the rice. It’s the fundamental element of a piece of sushi. Fail that, and everything else follows. And while the curiously light seasoning of the rice – red vinegar for fatty fish, white for leaner ones – is a matter of personal preference, its too-soft texture isn’t. Only at the end of our meal, when the grain is deployed in a goopy kani gohan (baked crab rice) topped with Hokkaido uni and ikura, can we appreciate its limp flex on our palate. Interestingly, that’s also the most impressive course.

The seafood, delivered fresh almost daily from Japan, is stellar. We’re a sucker for good ika, so when ours comes delicately criss-crossed to absorb the drops of sudachi juice and flakes of moshio (seawood salt) with which chef Suzuki finishes the nigiri, we’re taken to a happy place. Buttery and (Goldi)locked in that sweet spot between firmness and softness, the squid is faultless. Another highlight: a pink tongue of chutoro, given a light aburi not by blowtorch but by chef gently hovering hot binchotan coals over the fish. ‘So he doesn’t overcook it,’ explains the restaurant manager, who also tells us he encourages diners to send in a sushi wishlist ('fishlist'?) so the chef can tailor menus for them.

‘Delicate’ seems to be Shoukouwa’s calling card. Because on the sushi train we also have: tender marinated maguro whose flavours simmer then bloom; a subtly sweet sea eel; a plump slice of tai; and, to open, a firm, almost crunchy, halibut. Even the appetiser of tiger prawn, water lily and shiso flower in a vinegar dashi doesn’t so much as hit the right notes than it does hint at them.

So is Shoukouwa primed to be yet another fêted restaurant in this sushi-obsessed city? Perhaps. The seafood and the flavours here are on point. A pity, though, about the rice.