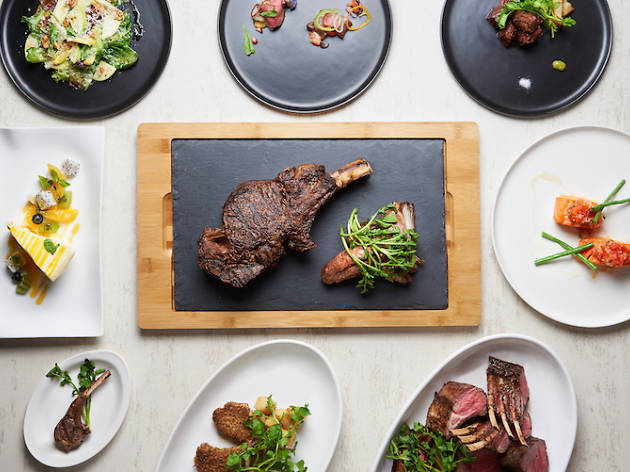 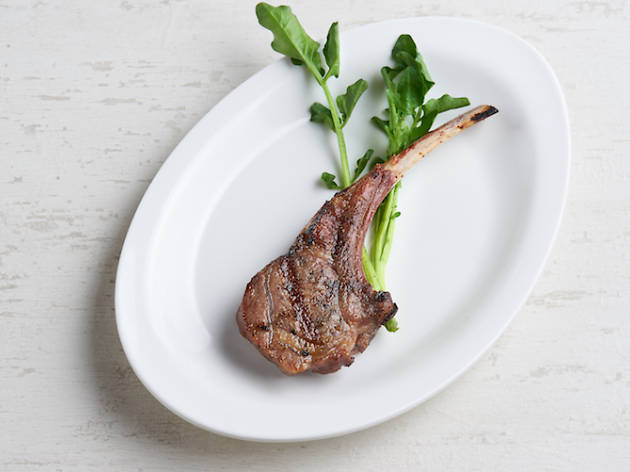 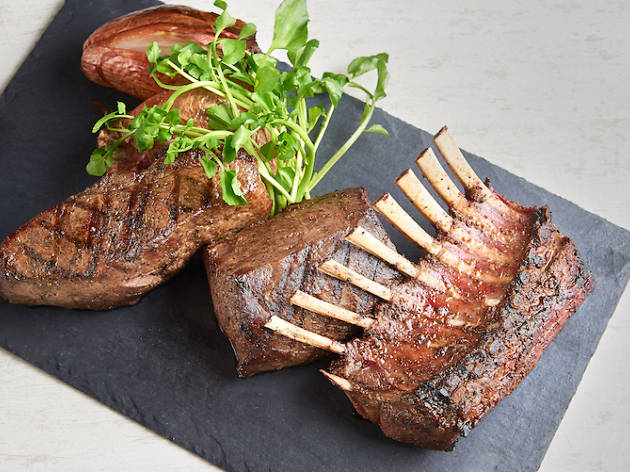 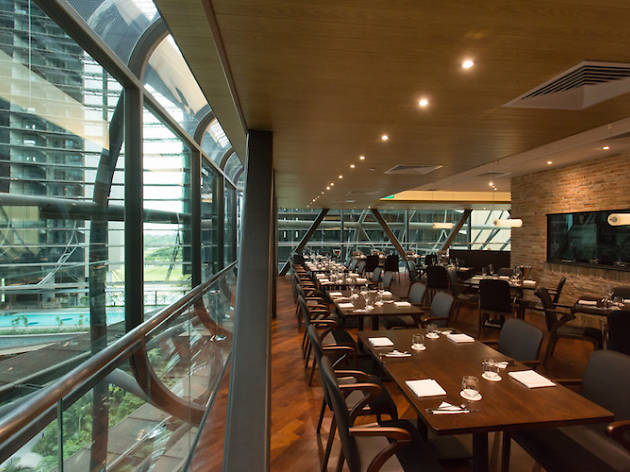 Wakanui is not a Japanese restaurant. Don’t let the fact that it has a Japanese sounding name, Japanese chefs in its open kitchen or wagyu on its menu fool you – this steakhouse is New Zealand at its roots and proud. Yes, there are some Japanese influences littered throughout the sleekly designed space of macho green and red – the décor’s done by the same man behind Wakanui’s first branch in Tokyo, after all – but the restaurant’s focus is on ingredients brought in from New Zealand, from the Kikorangi blue cheese in the Caesar salad to the restaurant’s crowning glory: dry-aged Ocean Beef from the plains of Canterbury in New Zealand’s South Island.

Instead of starting your meal with bread and butter, order the succulent spring lamb chop ($10), which is simply seasoned with Christmas Island salt, Australian pink pepper and coriander powder before it’s grilled over binchotan. The waiter encourages us to eat with our hands, so we gnaw shamelessly at the tender meat that isn’t gamey at all thanks to the maturation process. It’s proof that Wakanui has the ageing procedure down to a science and the meats that follow only further emphasise its expertise. The Wakanui Selection Board ($268) is the best way to taste everything it has to offer – you get the 21-day dry-aged bone-in ribeye, Canterbury grass-fed fillet and spring lamb, all good to share between three to four people. We’re not usually fans of grass-fed or wet-aged steaks, but the Canterbury fillet has us pleasantly surprised. While not as beefy as its dry-aged counterparts, the lean piece of meat cuts like butter to reveal a beautiful reddish-pink hue. We easily polish this off. The ribeye is better marbled and more flavourful but is a little too firm for our liking. We also wish the steaks come with more of a charred crust for an intense smoky aroma.

With an onslaught of upscale steakhouses opening in the city, Wakanui stands out in a couple of ways. First, its location at the brand new Marina One complex means that it’s sure to be a favourite for business lunches and dinners, especially since there are three private rooms available if you prefer your meetings shrouded in secrecy. More importantly, its blend of quality produce from New Zealand prepared with Japanese sensibilities works – the meats are seductively simple and truly allowed to shine.