The ultimate guide to Siglap

Despite its spooky secrets, Siglap is far from a ghost town with its cool eateries and shops 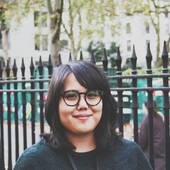 It's been said that Siglap is a hotspot for pontianak sightings. Legend has it that its name is derived from the Malay phrase ‘si gelap’ – which means ‘the dark one’ – given to it by a Sumatran prince who arrived during an eclipse. It was also a massacre site during the Japanese Occupation. But beyond its morbid past, this quaint and tranquil ’hood is home to a plethora of restaurants, cafés and pubs where Easties rock up for afternoon brunch, late-night supper or a yoga sesh without the crazy crowd. 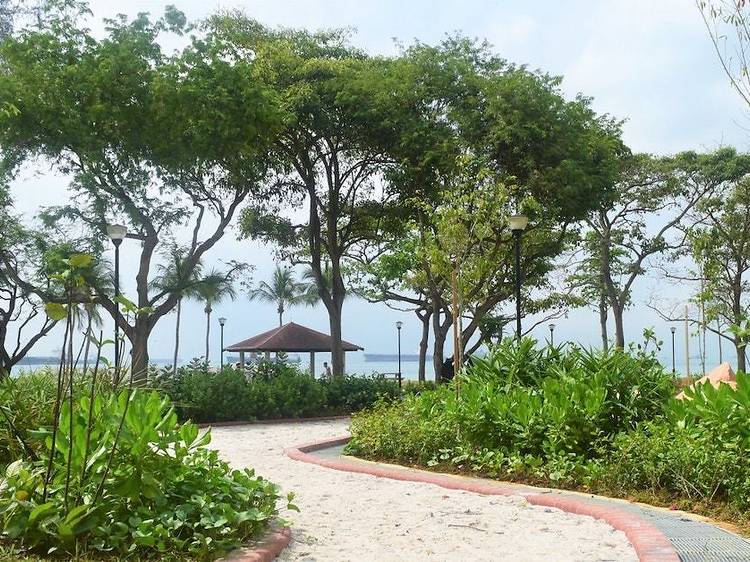 Feel the fresh breeze through your hair as you whizz through the park connector, which forms the gateway to the Eastern Coastal Loop. The path leads you towards the Tampines and Bedok Park Connectors if you want to pay these bigger ’hoods a visit. Make a pitstop at East Coast Park or Telok Kurau Park to rent a bicycle or rollerblades if you don’t have your own set of wheels. 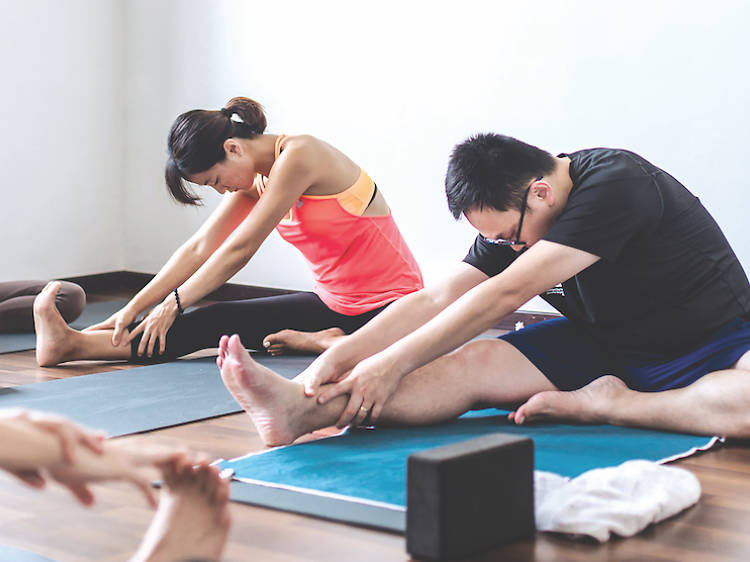 Find your zen at this minimalist boutique yoga studio that runs over 60 classes in various styles, from Ashtanga Mysore to classic Hatha. After your satisfying stretches, pick up some artisanal products from homegrown brands such as Homemade Handmade and The Mala Company from its shelves. 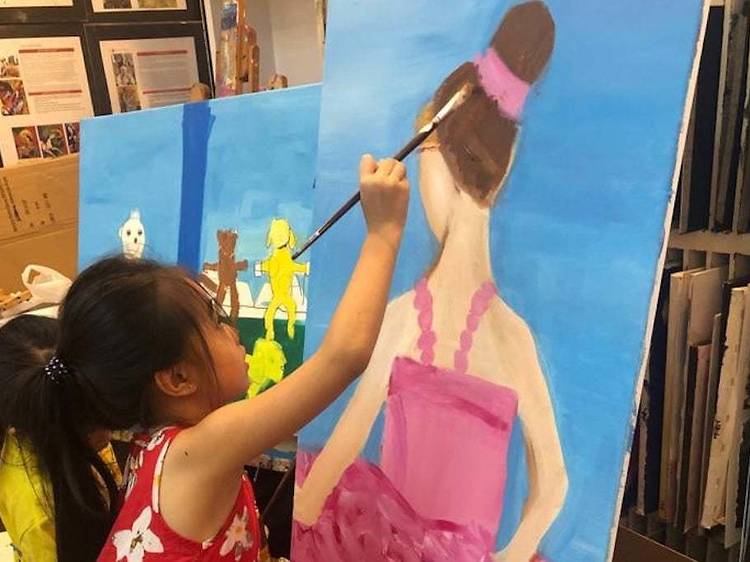 2B or not 2B? Sharpen those pencils and get those creative juices flowing with its art classes. You’re never too old to learn the works of sketching, painting, clay-making, printmaking, photography and digital art. And if you’ve got the next Picasso at home, bring the little one along for some art and craft too. 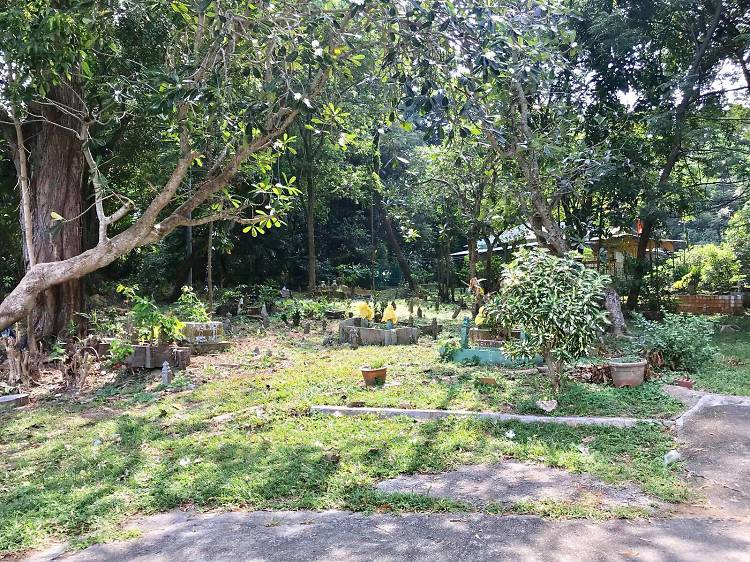 Located in the middle of a residential neighbourhood in Siglap, the old Muslim cemetery Kubur Kassim has been a source of ghost stories and urban legends. With tombs dedicated to 'orang bunian' – a sort of supernatural human-like being – it's easy to see why these stories persist. Kubur Kassim is one of the oldest burial grounds in Singapore and was established way back in the 1920s on a piece of land in Siglap owned by a Muslim entrepreneur. The first thing you'll notice before entering the grounds is the striking yellow and green gates. The cemetery is the final resting place for many Muslims living in Siglap during the kampung days and other well-known community leaders. 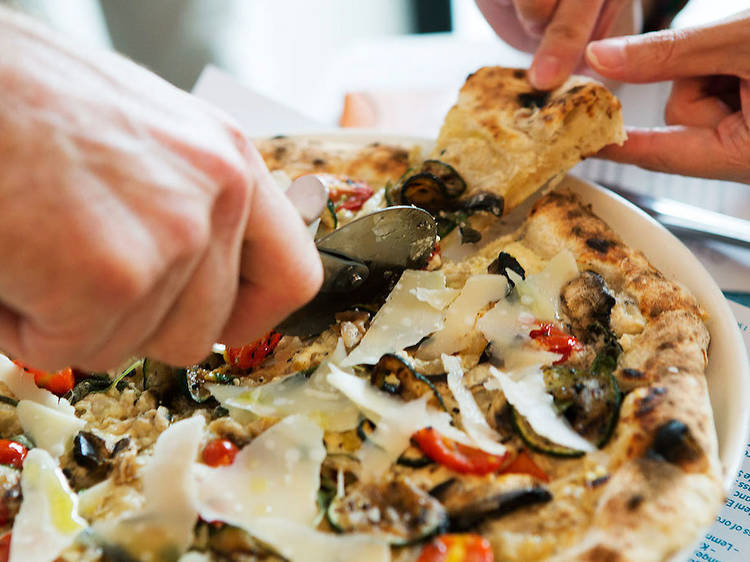 This pizzeria sees Baker & Cook’s Dean Brettschneider flexing his dough-making muscle to dish out thin-crust, sourdough pizzas. The wild yeast dough ferments for up to 18 hours before toppings like tomato, eggplant, mozzarella and chorizo, or smoked salmon, sour cream, dill, prawns and capers are tossed on and baked in a brick oven. 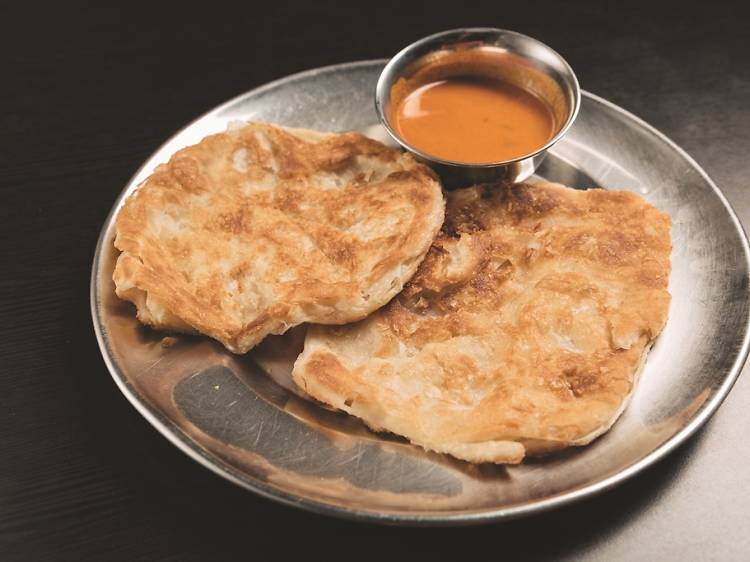 You can’t go wrong with the classic roti prata for brekkie (or supper). But the main star at this OG prata joint is the famous Plaster Blaster, an eggs Benedict-inspired prata topped with ham, a poached egg and hollandaise sauce. If you’d like to switch things up, order the prata goreng which swaps noodles for strips of prata. All best paired with a hot cup of teh tarik. 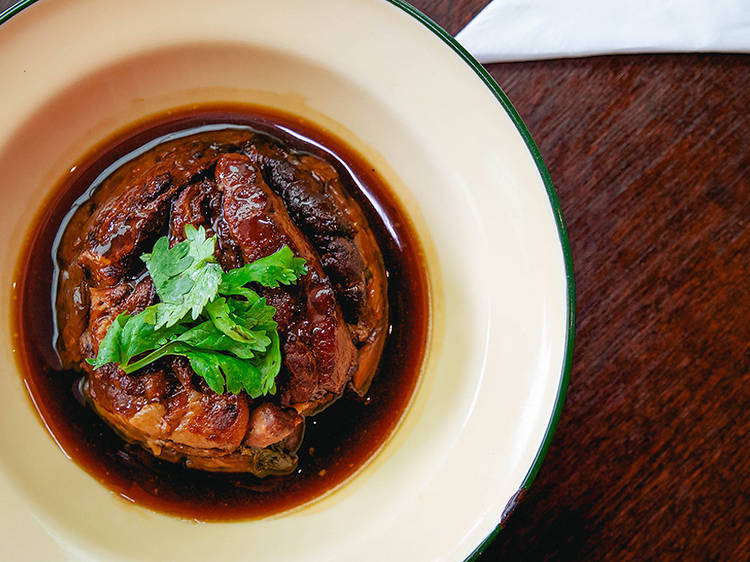 Straight out of Glodok (aka Jakarta’s Chinatown), this retro-inspired restaurant serves authentic Chinese-Indonesian cuisine till the early morning – 3am, for all you supper-seekers to take note. Get stuck into its signature nasi campur babi, a bowl of assorted pork with fragrant chicken rice. And if you’re feeling crabby, cheer up with the kepiting saus padang complete with Sri Lankan crab smothered in its special spicy sauce. 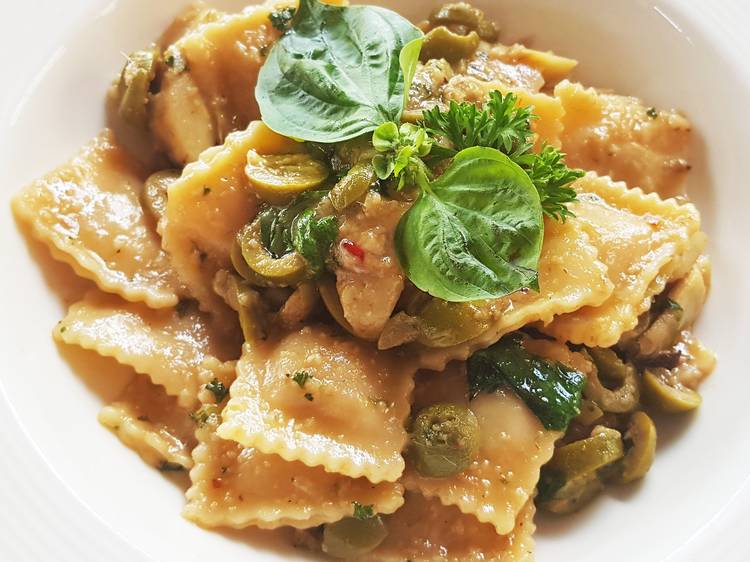 Pasta Fresca was not created with the aim of being a destination fine-dining establishment, but rather to be your reliable neighbourhood restaurant, with a menu that offers the same comfort – like an old friend. There are no surprises in store, just solid cooking of some Italian classics alongside a range of fresh pastas, tasty risottos and crispy oven-baked pizzas. 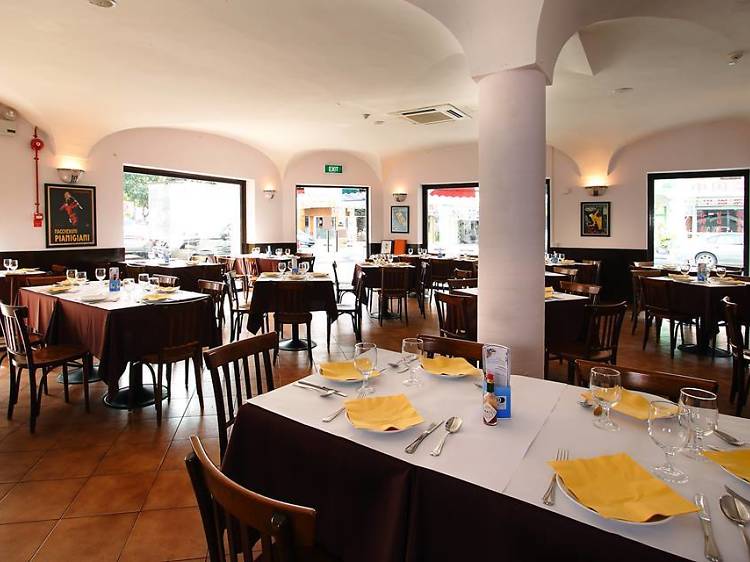 Nothing brings people together like hearty Italian food. Bring the family out for an authentic Italian buffet spread that boasts a delightful range of antipasti, a quality range of cheeses, a wide selection of pasta, and oven-cooked pizzas. The menu may change every week but your appetite for Italian food and all things carbs won't. Best to book ahead! 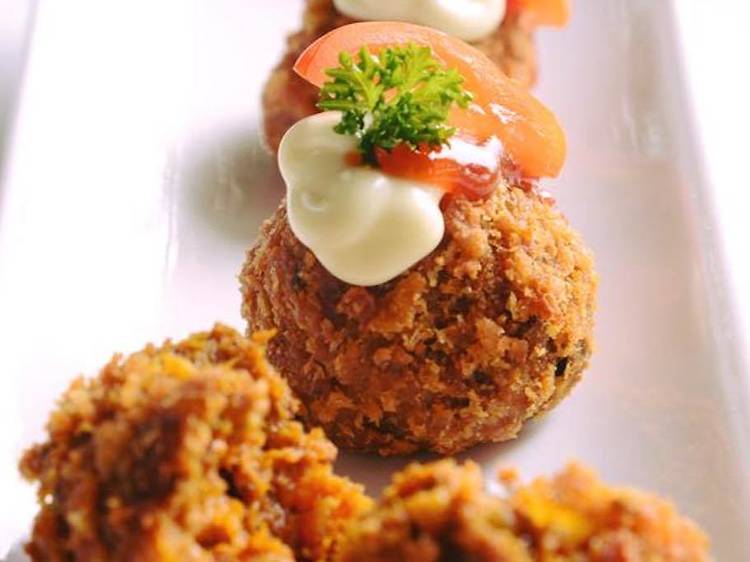 A favourite with many East Coasters since opening three years ago, Chat Masala wins big points for both the consistent quality of its pan-Indian fare and the knowledge of the friendly serving staff. Among the top dishes to try are the Keralan fish curry (succulent chunks of red snapper in a fragrant sauce) and bindi masala (a spicy mix of okra, turmeric, coriander, cumin, tomatoes and chilli, served in a crisp poppadum basket). 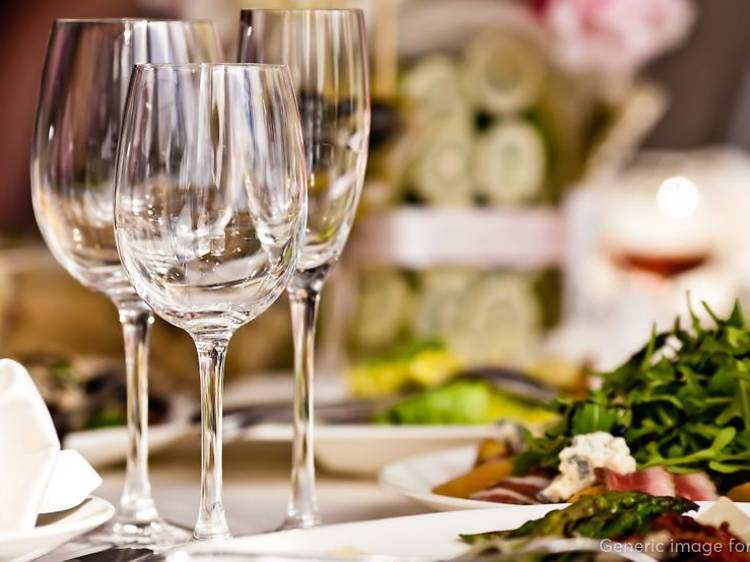 Say kon’nichiwa as you ease your way into this laid-back, industrial-looking izakaya. Unwind with a selection of craft beers including Japanese hops, sake, umeshu, sochu and award-winning Japanese whiskies. And since it's by the same brains behind The Skewer Bar, guzzle down moreish yakitori, karaage, rice bowls and other Japanese pub grub from its menu. 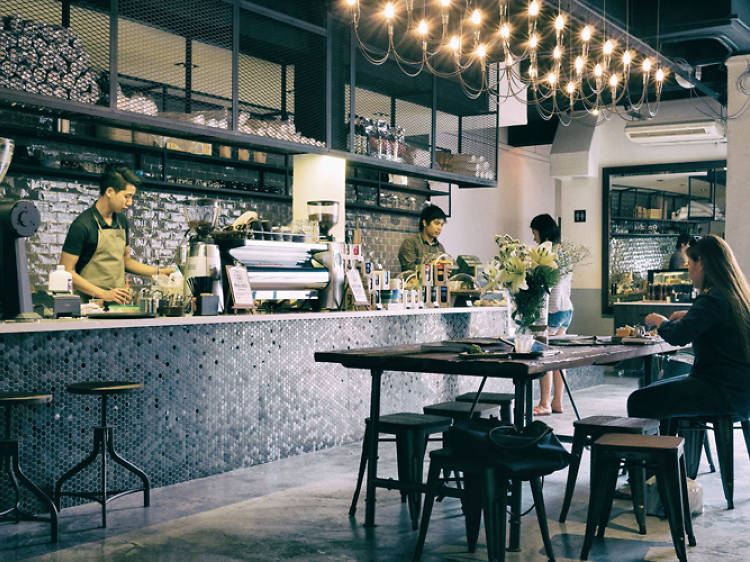 It’s all about the beans at Dutch Colony Coffee Co. But you’ll want to balance out the caffeine with this quaint Siglap café’s breakfast and brunch menu. There are hearty platters with scrambled eggs, sausages and turkey bacon ($17), and house pancakes ($14) with seasonal berries. If the breakfast is enough to get you out of bed nice and early, the coffee will do an even better job. Dutch Colony expertly pours its brews (from $6.50) – you can choose either manual pour-over or by machine. Coffee aficionados can also look forward to its espresso flights (from $8). 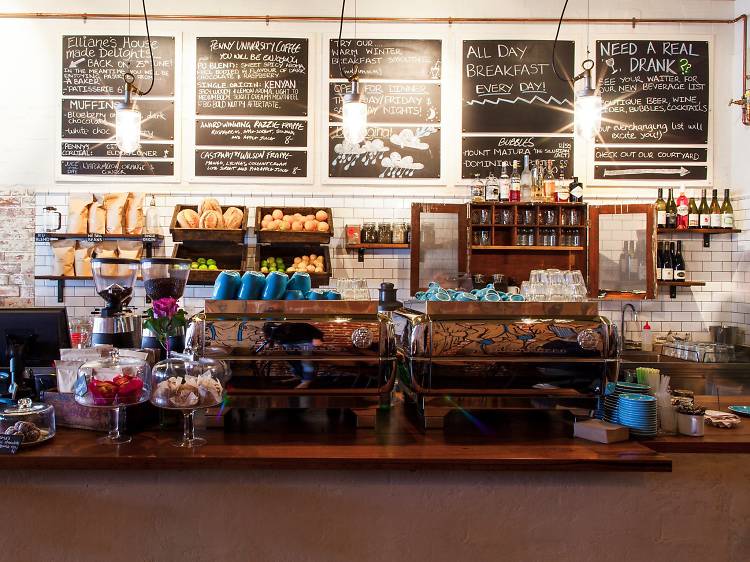 Taking its name from the 18th-century term for coffeehouses in London – noisy, men-only affairs which cost a penny to enter and where coffee was served up along with the latest news and gossip. True to the origins of its name, Penny University aims to be as inviting and dynamic as possible. Order eggs your way ($13) and top it off with all your favourite trimmings or go healthy with its vegetarian tea-smoked beetroot ($24). For coffee, you can choose between Penny's Blend and a range of single-origin coffees. 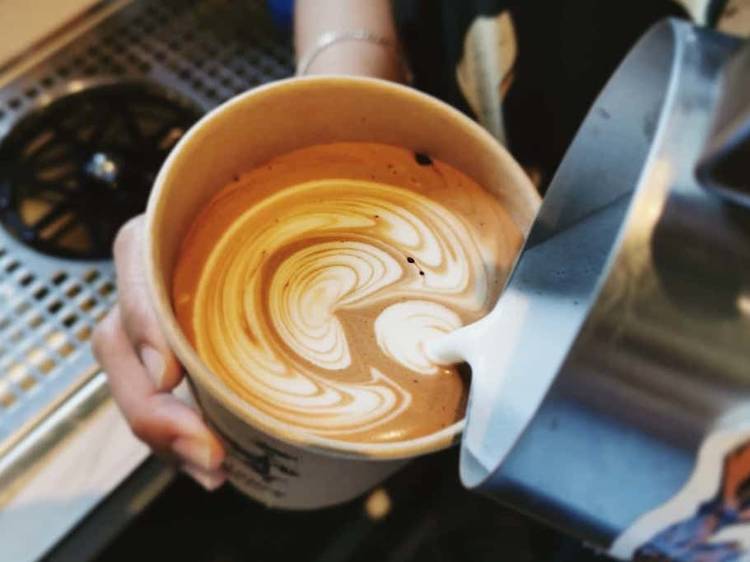 The strong aroma of freshly brewed coffee is the ideal antidote to lazy mornings. Whether your first order of the day is a flat white or cold brew, the coffee connoisseurs here make your Java the way you like it. And if you’re hooked, you can find a selection of single-origin coffee beans sitting on its shelves ready for you to bag home. 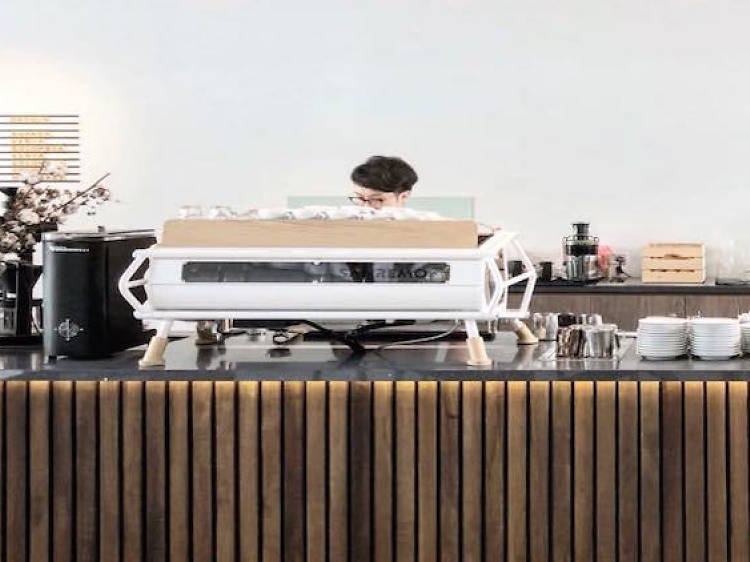 Relocated from Club Street to along the east coast with a brand new concept, Stamping Ground Coffee is now a co-sharing cafe space together with a florist, Petite Fleur SG, as well as East Mezzanine – an event venue space. Imagine Stamping Ground Coffee’s signature rustic wooden chairs and marble tables along with the rich aroma of coffee together with gorgeous blooms all around the space and you've got the perfect weekend café spot. Enjoy artisanal coffee from local brands to overseas brands where blends are on rotation and are constant switched up once in a while. Stamping Ground Coffee also has an all-day menu where everything is below $15nett, with options like smoked salmon pate bagel ($14) and belgium waffles ($13) with a scoop of cinnamon caramel ice cream. 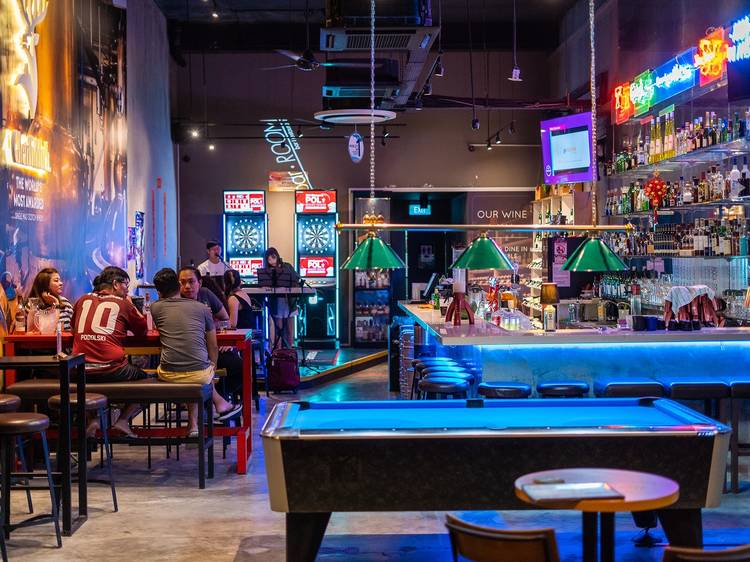 Looking to have a quiet pint or cocktail in the neighbourhood after dinner? Pop by BarRoom which serves great drinking deals and bar snacks. Grab draught beers for $6 each, two half-pints for $10 and if you come by on Thursdays, you can get two cocktails for $15. Make it an early drink though – no alcohol will be served after 10.30pm. 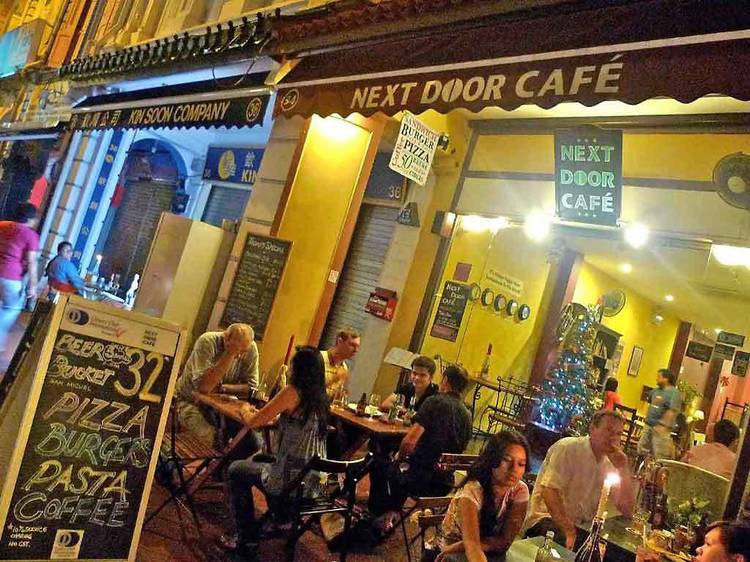 This unassuming café has quietly established itself as a popular hangout to down quality pints, and with over 50 varieties of beer on offer, you can see why. Two outstanding examples are the caramel-like Asahi Black, a dark lager brewed from three roasting malts, and the wickedly good, oak-aged Green Goblin cider. Complementing the assorted ales are finger foods, salads and mains with a Mediterranean flair. 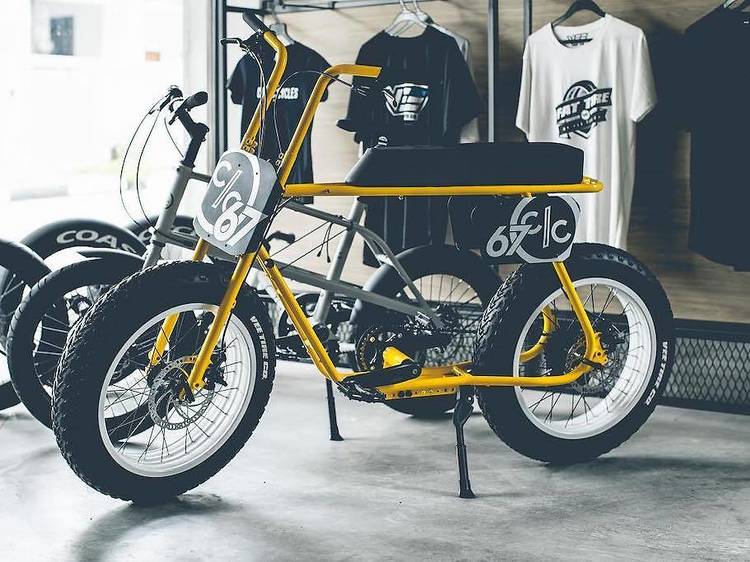 Score the perfect two-wheeler at this industrial-chic store. It carries a range of quality bikes including the sleek Coastliner designed by ex-national cyclist Jansen Tan, which allows you to navigate through the city with ease. The store also doubles as a workshop where you can bring your bikes for a tune-up or to pimp your ride. 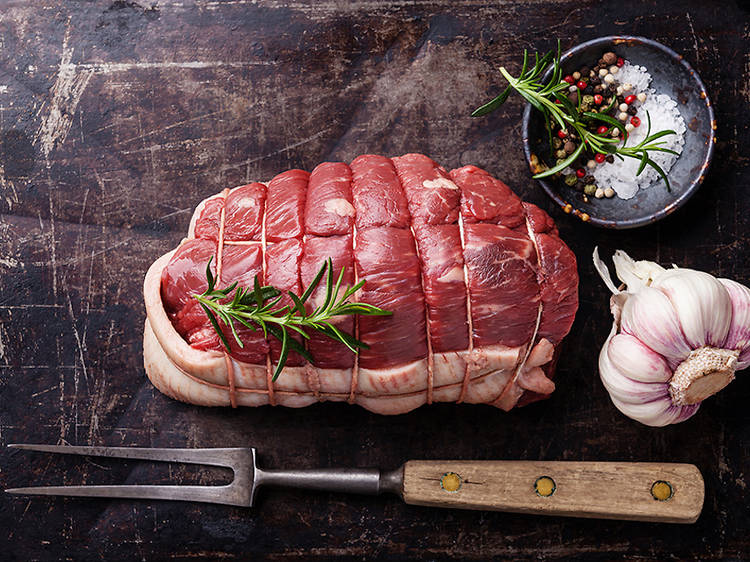 Meet the freshest and finest cuts of beef, lamb, pork and chicken at this east-side butcher. Besides the usual suspects, it also offers marinated meats and Aussie beef sausages, as well as a range of seafood products. It doesn’t stop there either – quality wines from South Australian wine regions like Wrattonbully and the Limestone Coast also line its shelves.

Turn on that lightbulb for a home makeover. Go green with the store’s original Three Cubes collection which uses natural, recyclable and sustainable materials in its innovative designs. It also carries other designer brands such as Denmark’s Benny Frandsen and Sweden’s MARKSLÖJD, as well as a plethora of contemporary art, modern furniture and funky mirrors. 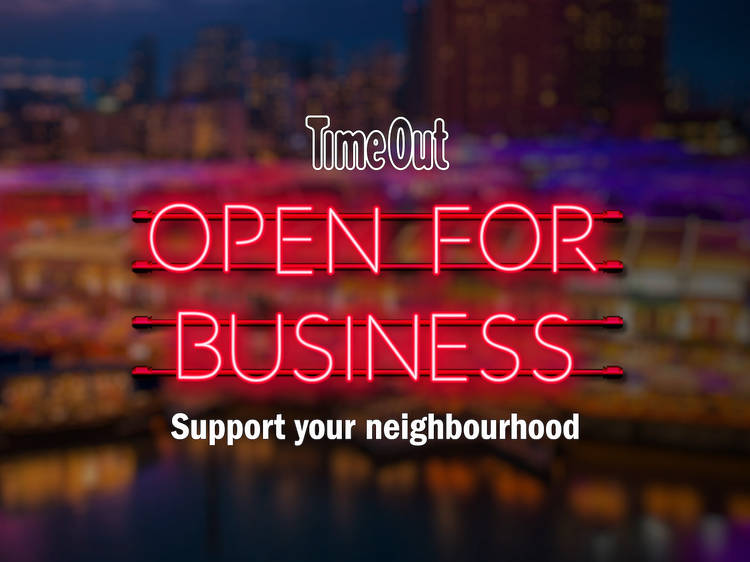 The ultimate guide to neighbourhoods in Singapore 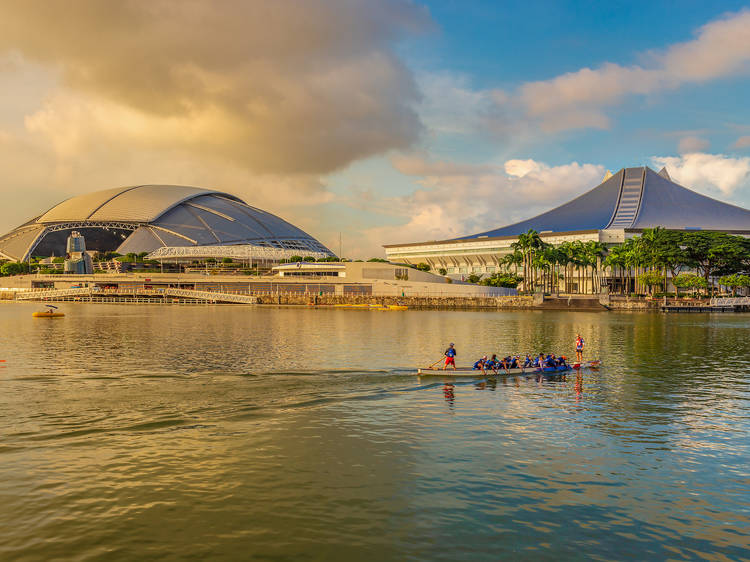 The ultimate guide to Kallang 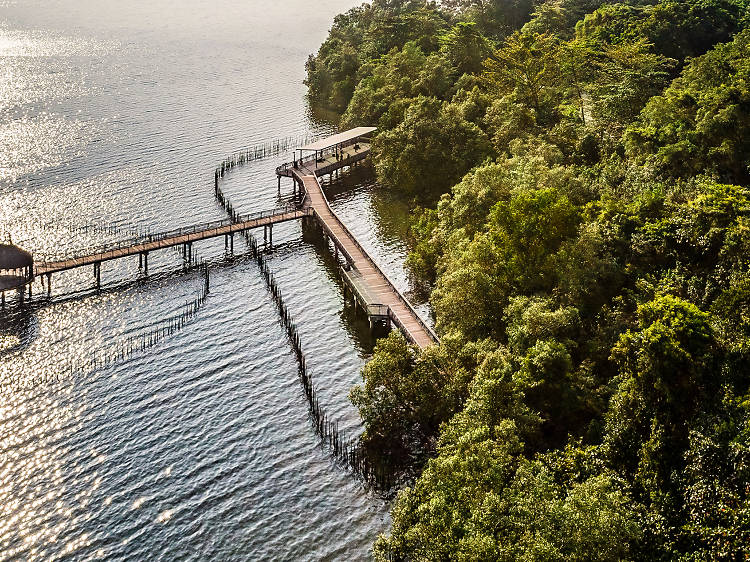 The ultimate guide to Kranji