Southeast Asia attracts avid scuba divers from all around the world, especially as it is home to the Coral Triangle. The marine area in the western Pacific Ocean is flanked by the waters of Indonesia, Malaysia, the Philippines, Papua New Guinea, Timor Leste, and the Solomon Islands. It is one of the most important reef systems in the world.

You can get mesmerised by colourful reefs, thriving marine ecosystems and explore carefully preserved wrecks - all these just a short trip away from Singapore. So strap on your BCD, put on your flippers and dive into the deep blue waters at these stunning scuba diving destinations within Southeast Asia.

RECOMMENDED: Last-minute destinations for a short trip this August and The best short day trips from Singapore. 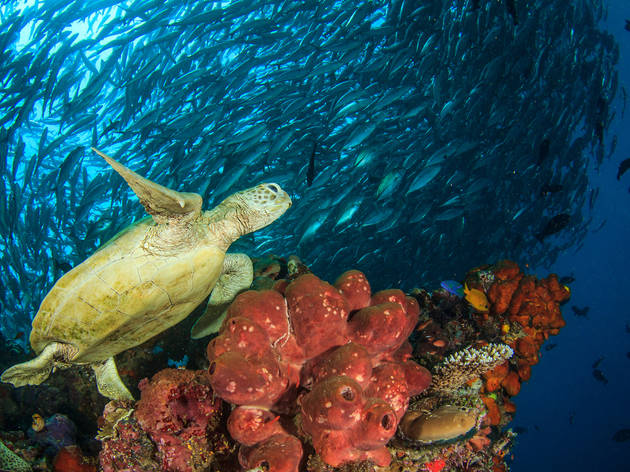 Sipadan Island is often hailed as one of the world's best dive sites – and for good reason too. Where else in the world can you witness a hypnotic barracuda vortex and swim inside a huge school of whirling jackfish? Sipadan is an island off the coast of Sabah, Malaysia, sits on top of an extinct undersea volcano and surrounded by almost 1,900ft deep canyons – all of which combined makes this spot a rich marine habitat.

Dive season All year round, best months from April to December 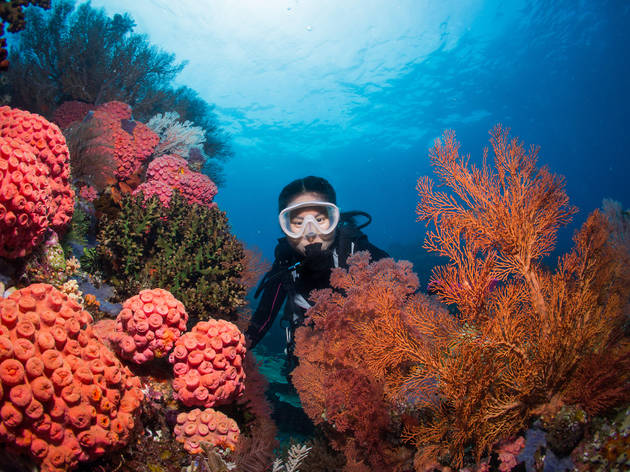 This stunning group of islands on the eastern-most point in Indonesia are often seen in ads by the Indonesian tourism board. The best way to marvel at the exceptional underwater landscape of never-ending colourful reef walls where hard and soft corals compete for space and swim among marine creatures of all shapes and sizes is to do a liveaboard and hop around the various dive sites. Famed for its biodiversity, spottings of wobbegong sharks, whitetip reef sharks, manta rays, batfish and large schools of tuna and mackerels are common.

Dive season All year around

Difficulty level All levels, although some dive sites are not recommended for beginners or those not comfortable in currents 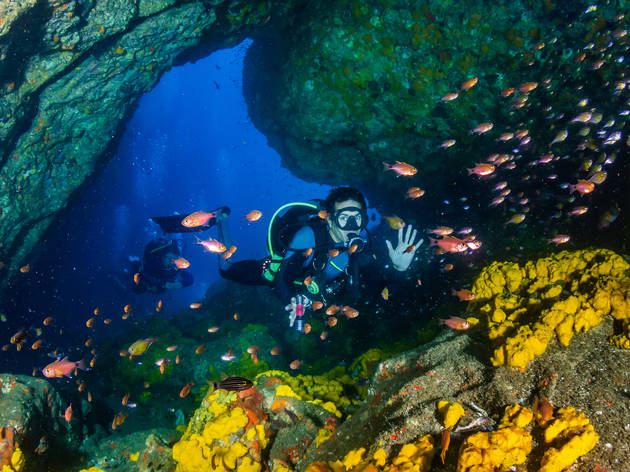 Located in the north of the Thai border in the middle of the Andaman Sea is the Mergui Archipelago, a collection of over 800 stunning islands over 12,000 square kilometres. For years, a small group of intrepid divers have been coming from Thailand to this relatively isolated archipelago. The waters are home to diverse marine life such as manta rays, mobulas and a variety of shark species including grey reef, nurse, zebra, silvertip, and occasionally whale sharks.

Dive season October to May 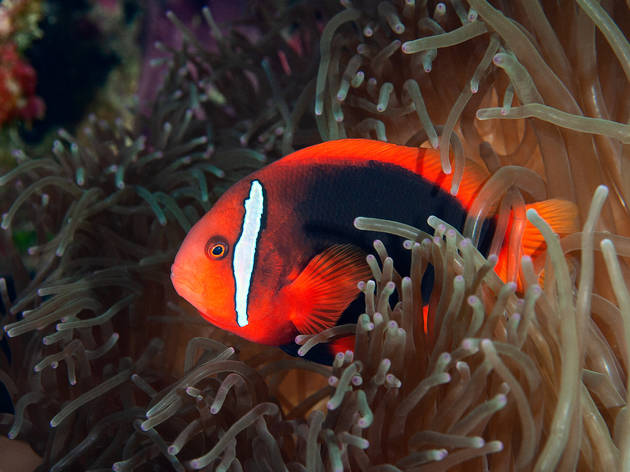 A little closer to home and slightly more hidden is Layang Layang in Malaysia famed for its scalloped hammerhead sharks – the biggest drawcard in this area. If you're lucky, you might catch a glimpse of a school of them gliding by, making the trek out to this island entirely worth it. Manta rays often frequent this deep water area. Shore dives are possible although visibility is only around two to four metres near the pier.

Dive season All year round, but higher chances of shark spotting during mating season in April to May

Difficulty level All levels, about 12 dive sites in total 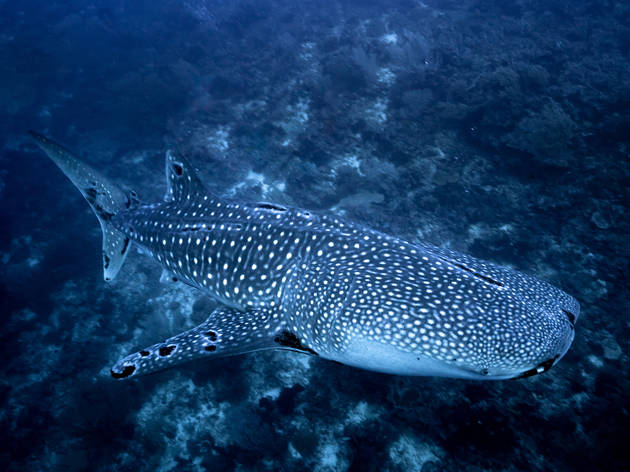 Declared a world heritage site by UNESCO in 1993, the Philippines' Tubbataha Reef National Marine Park is teeming with marine life – but to get there, you'll need to do a liveaboard making it one of the least crowded dive spots in the Philippines. Located in the middle of the Sulu Sea and in the middle of the Coral Triangle, you can find sharks, hawksbill, green turtles and small reef fish congregating. 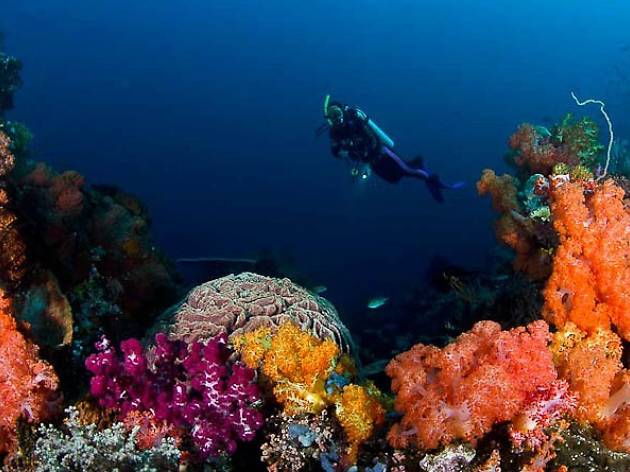 One of the best places in the world to dive is the Komodo National Park, a group of volcanic islands between Sumbawa and Flores. Besides being home to the elusive Komodo dragons, the national park also has a large marine ecosystem: with around 1,000 species of fish, ten species of dolphin, and five species of sea turtle. You can also see massive manta rays, white-tip and black-tip reef sharks, and hammerhead sharks – among others. Best suited for advanced divers, Komodo National Park offers exhilarating drift dives at several channels in between the many islands with swift currents.

A highlight is the Makassar Reef, a 2km channel with a unique seascape featuring craters and dunes of small rocks which have been shaped by currents. There are also sheltered dive sites boasting a myriad of critters hiding amongst slopes and walls of healthy hard and soft corals.

Dive season All year. The best diving conditions run from March to October, while you can see manta rays during the rainy season from December to February. Visibility is best from November to January.

Difficulty level Advanced. Komodo National Park has some of the strongest currents that can reach up to 8 knots. 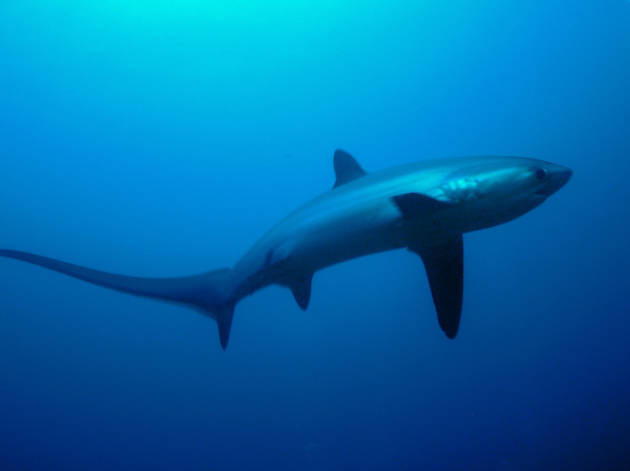 Divers come to Malapascua in Cebu for one reason and one reason only – to observe thresher sharks in their natural habitat. This area is reputedly the of one of the only places in the world where the thresher shark can be seen within the limits of a recreational diver, although there's plenty of other fishes (so to speak) in the sea too. Macro diving is pretty popular too – seahorses, cuttlefish, pipefish are among those found on the seabed.

Dive season All year round 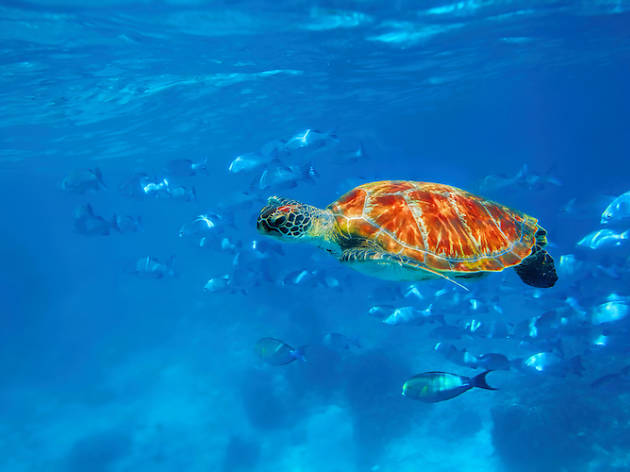 The nine granite islands lie about 100km north-west of Phuket and are part of a National Marine Park. The park only opens during dive season for the best chances of spotting manta rays and whale sharks. The sites on the East coast are generally easier with gentle sloping coral reefs while the West coast is slightly more challenging due to its giant granite boulders, fan corals and incredible submarine rock formations. There are also some dive sites for muck diving – so watch out for critters like ghost pipefish and sea moths. 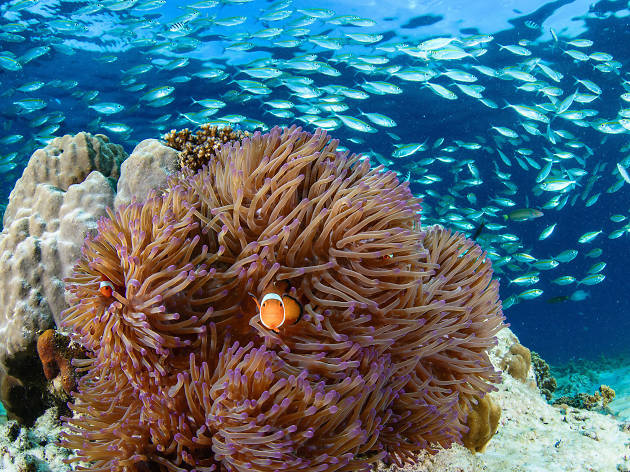 Off the coast of Terengganu, in between the popular Perhentian and Redang islands, is Lang Tengah. The tropical jewel of Malaysia’s east coast boasts about 13 dive spots with fantastic rock formations, colourful corals, and diverse marine life. Here, swim alongside find bamboo sharks, white-tip sharks, thresher sharks, glass sweepers, wrasses, butterfly fish and snappers. Some of the popular dive sites include the Ghost Wreck and Batu Kuching. The latter got its name from a squarish boulder perched on top of other boulders that resemble a cat. 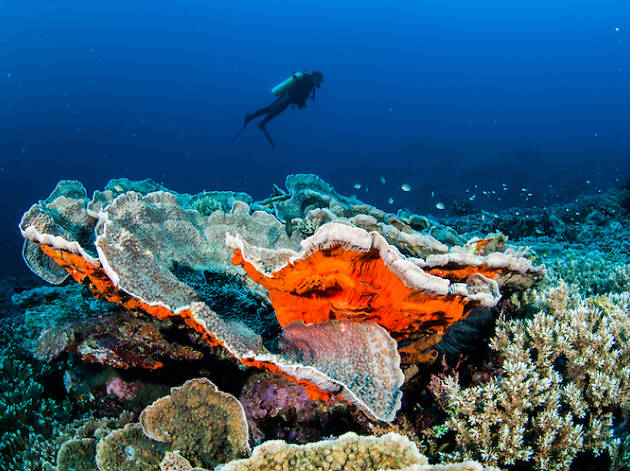 Getting to Banda Islands in the Molucca region in eastern Indonesia is a pain. But once you get yourself there, you'll find its inaccessibility is a blessing because its reefs and marine life are as healthy and untouched as they come. Do a liveaboard to truly experience the diversity of the archipelago's 11 islands, of which seven is inhabited.

Dive season All year-round, each season offers a different experience 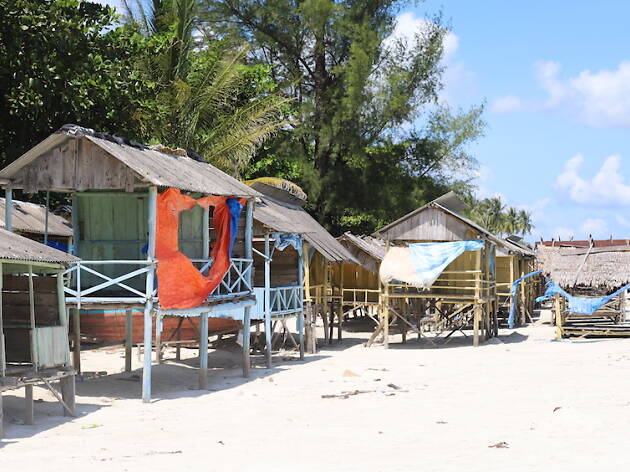 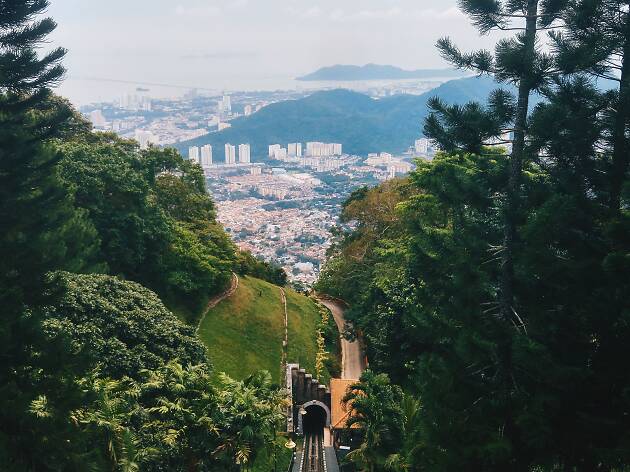 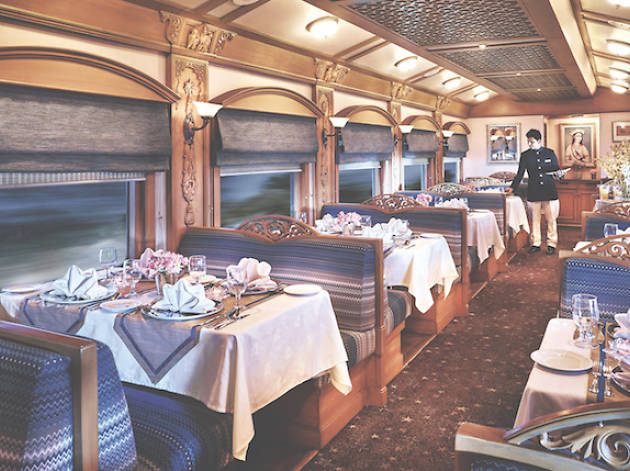