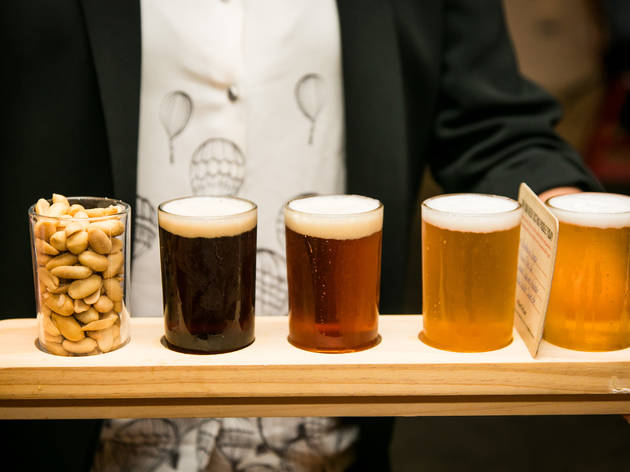 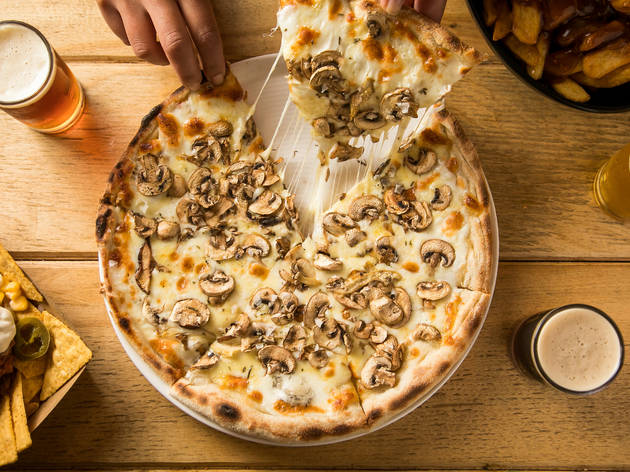 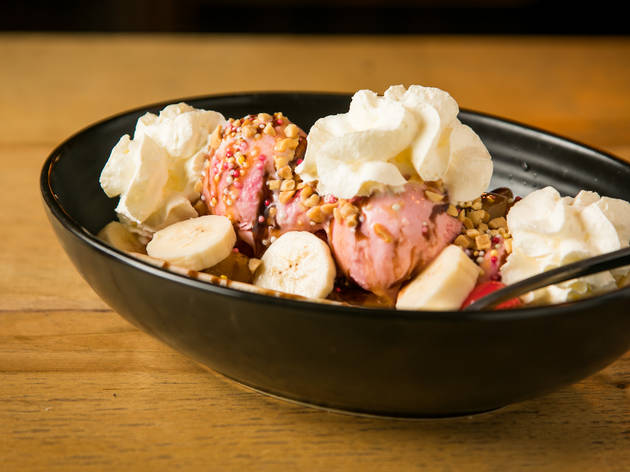 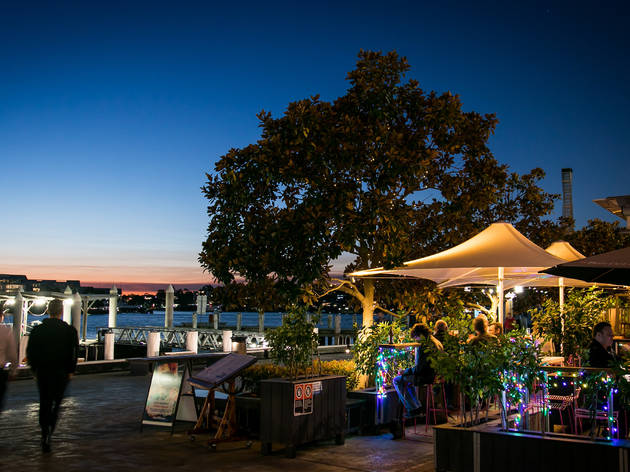 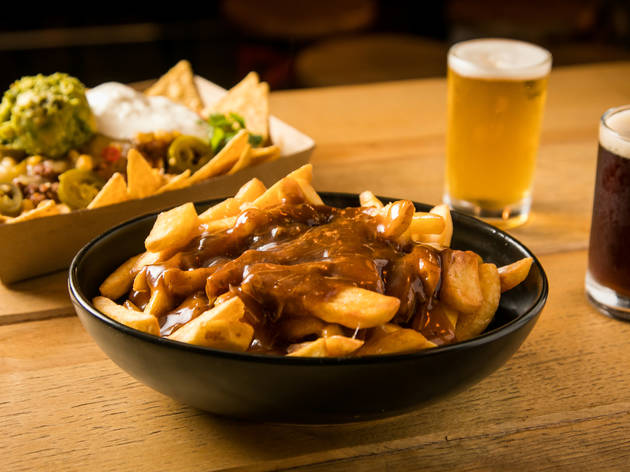 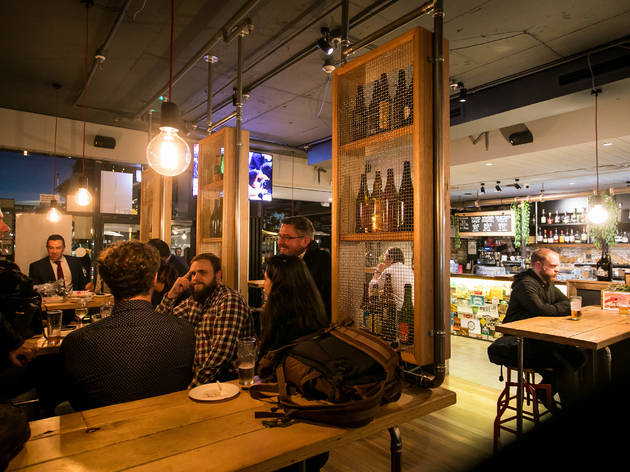 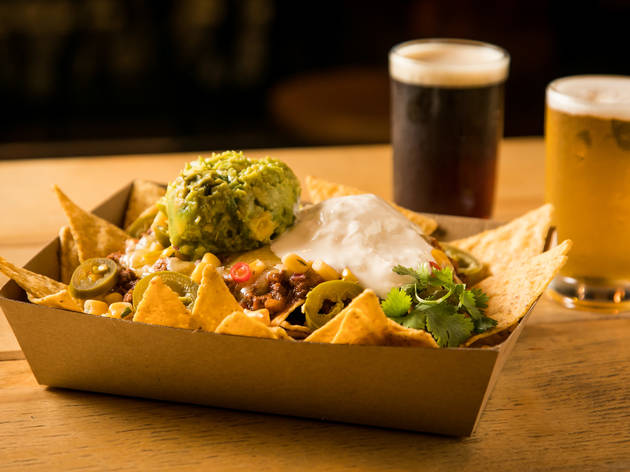 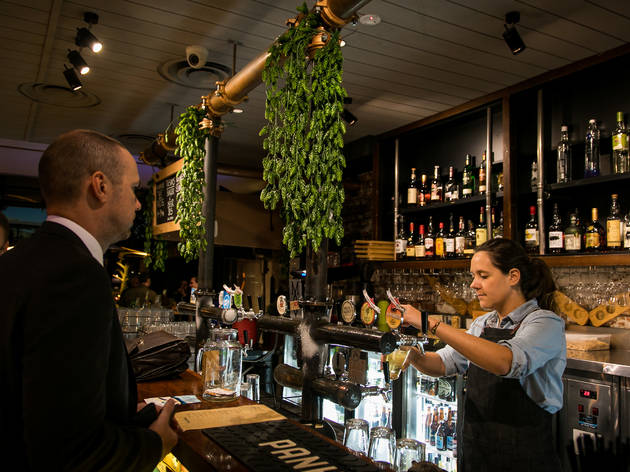 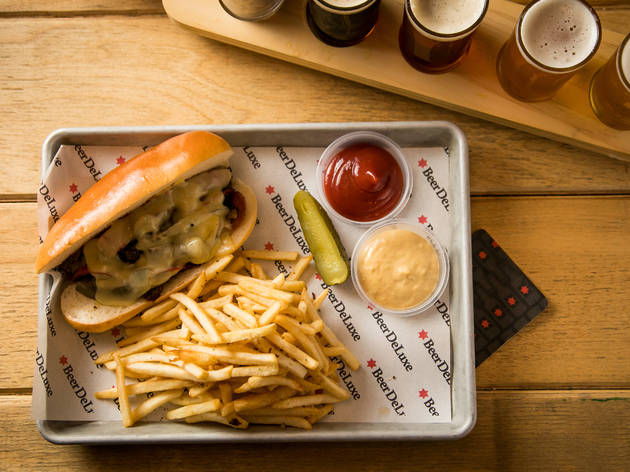 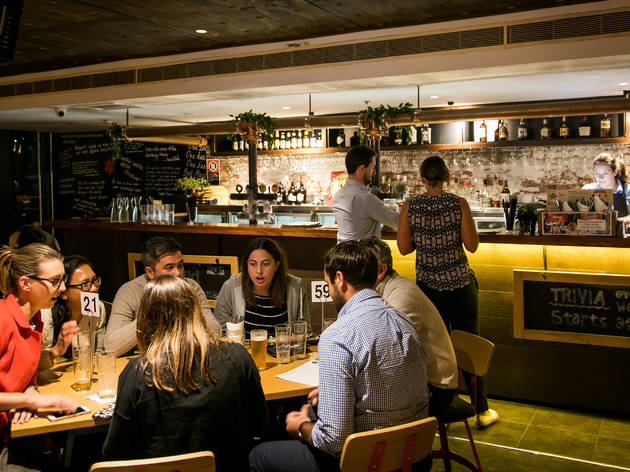 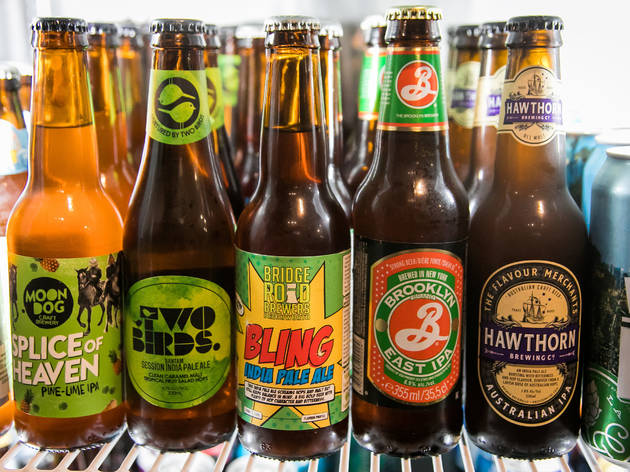 If you take your beers seriously you want the person on the other side of the bar to you to match your enthusiasm. If you have serious questions about just how hoppy that Mountain Goat Trip Trap triple IPA is, or whether that Holgate Temptress porter you’re eyeing off is at the toastier or the chocolatier end of the flavour spectrum, there’s nothing worse than being met with a blank expression. Happily, the people behind the bar at Beer Deluxe are only too happy to talk shop with you, so ask away.

At this harbourfront temple to craft beer, they keep the taps closer to the easy drinking end of the craft spectrum. The king of pale ales, the Ekim After Battle, is not only on tap, but also part of their happy hour offering that runs 4-7pm. That’s three very happy hours of five-dollar pours, and they don’t just discount the run-of-the-mill stuff. In addition to the Ekim you can knock back a Hawthorn pale or new world lager, or the Tropicana pale from Holiday Club that’s as fruity as Carmen Miranda’s headdress but has that cool, bitter finish that reminds you this is beer country, not Daiquiri town. Don’t fancy what’s on tap? Well, right this way, because there’s well over 100 craft beers in the beer bible that’s split up by style.

If you want to go on a bit of a flavour safari you’ll need something in your belly to keep your drinking hand steady, and the menu here is designed primarily as a booze buffer. Prime your engines with a serve of nachos that stays crisp until the last chip, or a Philly cheesesteak that uses a soft, sweet bun as the delivery system for tender steak pieces, fried red and green capsicum and cheese. They also dress their fries is a zippy citrus seasoning.

Even in winter the outdoor section is the prime spot. It’s got the best views out onto the King Street promenade, and rainbow fairy lights and lots of mushroom heaters give it a warm, party vibe, as does the playlist of ’90s and early thousands bangers like Sneaky Sound System’s ‘Pictures’, a little Alanis Morissette, No Doubt and Diesel.

And the best part about it all is that Beer DeLuxe has brought to life a historic deadzone for Sydney nightlife. Once people graduated from Cargo bar they would head further into the city for some underground cocktail action, but nowhere was doing breezy beers for the afterwork crowd that have been filling up the new skyscrapers down by Darling Harbour. And then Beer DeLuxe came along and beer lovers finally got a clubhouse to call their very own.