The hospitality group that ate Sydney is moving in on its beaches, one bite at a time

In spite of its multi-million dollar location right on the northern headland, the Coogee Palace never even came close to living up to its potential as a destination pub – it got a C-minus at best. But with the opening of the Coogee Pavilion Rooftop we now have an A-grade beachside pub just a short bus ride from the city.

Downstairs is still heaving thanks to a wood-fired pizza oven, oyster bar, juice cart, flower stall and playground kitted out with three ping-pong tables, giant Scrabble board and blocks. It’s like a department store, but instead of makeup and leather goods they’re peddling booze, food and fun in equal measure.

But it’s round two of the Pavilion’s reveal – a rooftop with 270-degree beach views – that’s delivered the knockout blow. Two fully retractable walls means there’s nothing between you and the sea breeze, even if you’re sitting way up the back in the little indoor beach hut near the kitchen. The vast space is packed with love seats, wire-frame couches, stools and benches, and every single one is occupied. Only early birds get the spot by the railings or a shot at the solitary rocking chair we find hiding behind a potted palm.

There are three separate bars, so although it’s busy, service runs on greased rails. Our favourite is the one kitted out in pegboard that’s hung with the copper and glass lab equipment necessary for a moonshine operation. But the theme here is more biology than chemistry. There are framed pressed plant samples, glass display cases of eggs, mushrooms and crabs, and dinosaur miniatures hatching from ostrich eggs on the shelves – maybe the theme is classy Jurassic Park?

Start things off fresh and easy with a fruity highball. They cold press their juices in advance to save time and then pop the right measure in a little juice bottle. They add the spirit and post-mix to order and you pour it out once you’ve safely navigated back to your seat. A spritz of tonic and a dash of honey smooth over the bitter citrus bite in the Campari and pink grapefruit juice. At $16 it’s a little pricey for what is essentially booze and juice, but it is undeniably refreshing. For something shaken like they mean it order the Beachside Fizz. The mix of gin, cucumber, mint and soda is not as savoury as it sounds, with a lick of sweetness from some sugar syrup to buck you up on a sticky afternoon.

The copper pipes at the front of the bar pour big names like New, Coopers, Heineken, Stella, Squires and Little Creatures. Behind the bar the taps are for wine, and the riesling from the Clare Valley is a crowd pleaser for eight dollars. Order a carafe and you get it in a chemistry flask.

On the snack front they’re keeping it super simple with quick-fire savouries on a charcoal grill. Little charred nuggets of salted pork neck are pink and briny inside and require a big scoop of cucumber-heavy tzatziki to counter the salty kick. The lean octopus legs have the opposite problem – the vinaigrette and Aleppo pepper need a heavier hand to bring the dish to life. The gold star goes to the zhoug lamb chops. Three tender cutlets dressed in the Middle East’s answer to salsa verde arrive in a little dish of yoghurt drizzled with chilli oil. Pair these devilishly tasty chops with a side of Lebanese cucumbers doused in a garlic, yoghurt and mint oil dressing and you’ll want for nothing except round two of the same.

Don’t dig meat? You’ll have to get in quick for the blistered Padron peppers, but hummous spiced with cumin and sprinkled with pine nuts and haloumi wrapped in vines leaves is in plentiful supply.

The palace didn’t hold a special place in our hearts pre-revival, but the Coogee Pavilion and its spectacular rooftop are making a serious play for our number one summertime haunt. The Coogee Pavilion hasn’t just made the grade, it’s topped the class for beachside pubs in Sydney.

“What the hell has happened to Coogee?” we wonder as we make our way over to the north end of the beach and join the end of an enormous queue. Merivale happened, is what. First there was Papi Chulo in Manly, and now here’s the Coogee Pavilion, set inside the old Palace Hotel. The place is beyond huge. To that end, they’re opening it in increments, with a rooftop bar now open and a fine dining restaurant still in the works.

Right now, though, we’re in the downstairs area that’s part pub, restaurant, café, oyster bar and pizza parlour, led by chef Zac Sykes. It’s weird, but it strangely works. And they’ve smartly installed a large kids' play area. No more sending your kids down to the beach with a couple of blown-up old goon sacks for floaties when there’s giant Scrabble to play with and a neon whale to admire.

It’s the sort of place you can go as hard or easy as you like. Order a dozen oysters and a bottle of Champagne and kick back for the afternoon. There are sweet, soft, buttery Smoky Bay Pacifics as well as rocks from Merimbula (sharp and iodiny) and Pambula (briny, cool and flinty). Flavour and quality-wise, they’re stunning. But whoever’s shucking them needs to take a little more care in fishing out the stray shell pieces from the brine.

Or take a gang and put a large dent in the menu. A sweet, soft little roll of lobster-bound mayo is topped with crushed potato chips and chives. Strips of scorched cuttlefish are brightened with parsley, lemon and olive oil. Pile onto toast, eat, repeat. Or you could always just order pizza. They’ve set up a wood-fired oven, and Rosso Pomodoro’s Vincenzo Biondini to sling dough. A Margherita - the classic of tomato, basil and mozzarella - comes out charred and bubbling. The base is thin with a nice amount of give.

We’d probably give the kale salad a miss – it’s just a tangle of bitterness in a creamy dressing. And the lamb ribs really need to be rendered down more – thick lamb fat is no one’s friend. We would, however, go a second round with the juicy wagyu rump cap, simply seared and served with watercress. Grab a side of crisp onion rings and a beer for good measure.

This is a pretty massive undertaking for Merivale, and judging by the queues and the harried staff we’re wondering if they’re victims of their own success. All the same, there's some really good stuff on the plate. The way we see it, it's only going to get bigger, better and busier. Thar she blows. 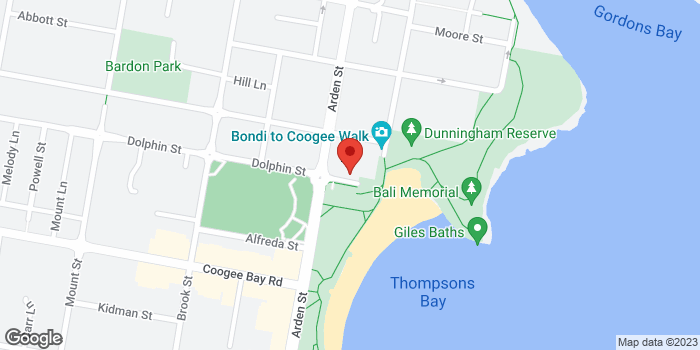