Surry Hills' suave new bar is finally here, and as a reward for your patience they've brought five star drinks and eats with them

One of our favourite Sydney activities is heading down to Circular Quay and ignoring the majesty of Sydney Harbour in favour of spending all our money on cocktails at Bulletin Place and fobbing off dinner completely. It’s a great time. But after three years kicking it in a cheeky booze garret, the Bulletin team’s second outing is all kinds of debonair, and a crack shot in the kitchen too.

It’s no surprise that we’re expecting great things from Tim Philips, David Hobbs and Rob Sloan. When it comes to shit hot bar skills, these guys set the benchmark uncomfortably high and they’ve got plenty of awards from Time Out to prove it. But can the second album ever really beat the first? Put away your Bulletin mould because Dead Ringer isn’t going to fit it.

The nice thing about experience is you know a lot more the second time around, and style evolves. This time around it’s all about class. What was once a scuzzy tapas bar has been transformed into a sleek lodge that could have slid straight off a Nordic mountain to land in the heart of Surry Hills. We’re talking clean surfaces, raw timber and a few potted ferns, and surprisingly the result is cosy and welcoming, not stark and austere. Well played.

What we are loving about this place is that it’s pitch perfect for midweek drinking. We’re as keen on a glass of the Saint Clair Grüner Veltliner on a Tuesday as a Friday, and this is where we’ll be drinking it.

The line between restaurant and bar here isn’t so much blurry as it is indistinguishable, which is a smart way to play things in the lockout zone. Grab a table out the front under the shade of a vast plane tree and kick things off with a T’Angelo Spritz. All that fresh citrus and dry, bitey quinine wine (a predecessor of Lillet Blanc) is the kind of persuasive primer that takes a quick drink and turns it into dinner and nightcap before you realise where your night went.

It’s probably best if you just relinquish your evening to these delicious hijackers, because the dramatic, bitter burst in the vermillion Pineapple Adonis is the sort of short, sharp aperitif that will lead to you ordering up a serve of the crisp fired pasta chips and a parmesan cheese dip like some sort of grown-up Le Snac.

Tristan Rosier (ex-Farmhouse and Est) is in charge of the food so once you’ve broken the snack seal you may as well go all in and lock down a beef tartare that’s riched up by a potent garlic aioli instead of yolk, and balanced by the gentle sweet sour crunch of daikon and pickled Japanese eggplant. It’s a pretty sizeable plate, but pales in comparison to five tender roast chicken portions, topped in just-softened cavolo nero and dressed in a rich jus. On the side is a bowl of silky mash that we’re told holds just south of the lethal dose of butter. Worth it for this alone.

We love a party bar, but it’s places like this that make you want to become a regular. We’d come back just to chat with the charming – and bloody cheeky – crew who always think another glass of wine is a good idea. Then we’d end up drinking all the cocktails, with matching snacks because we were having such a good time. It’s just that sort of place and it couldn’t have arrived soon enough. 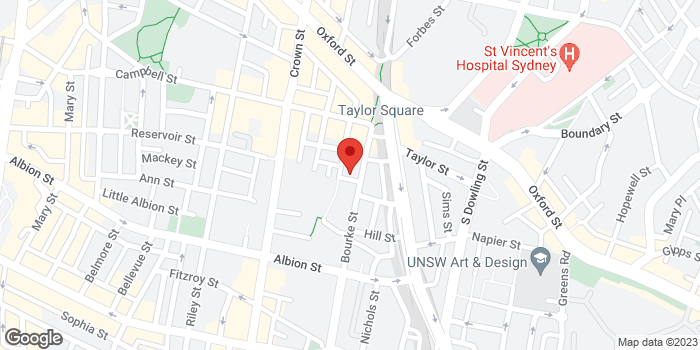