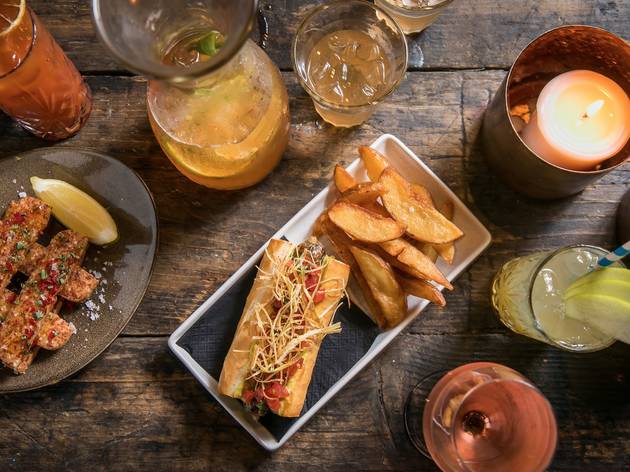 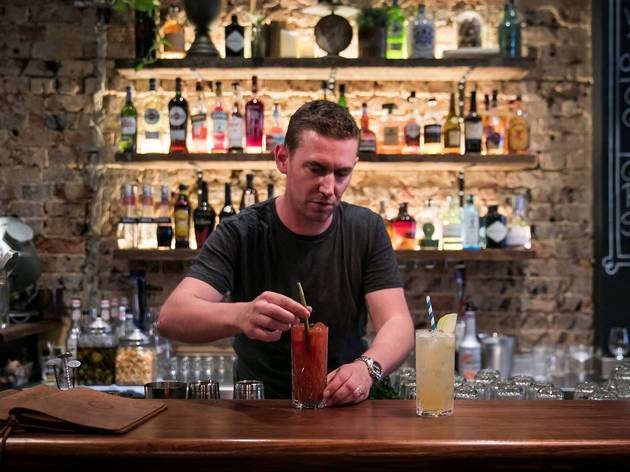 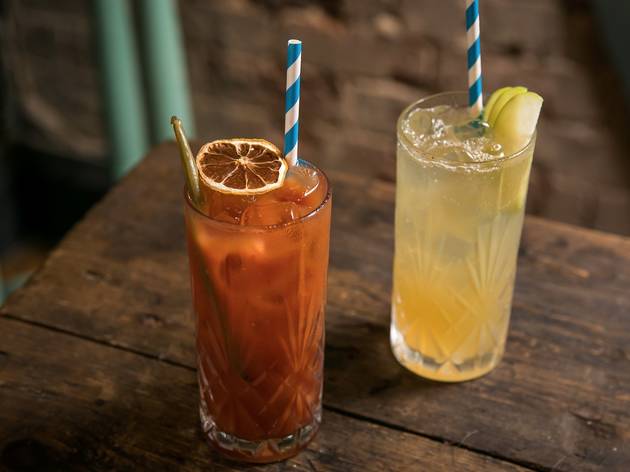 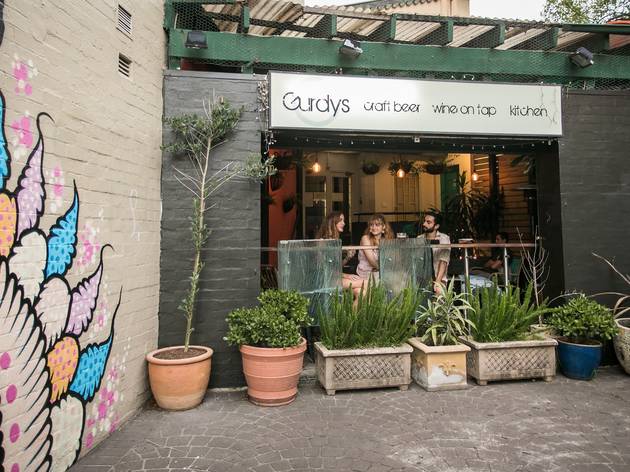 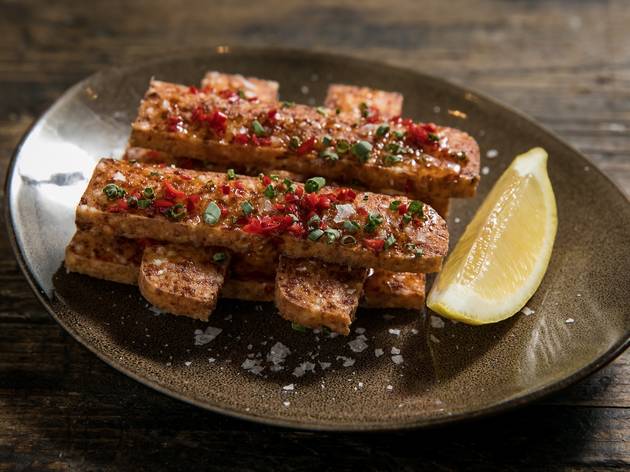 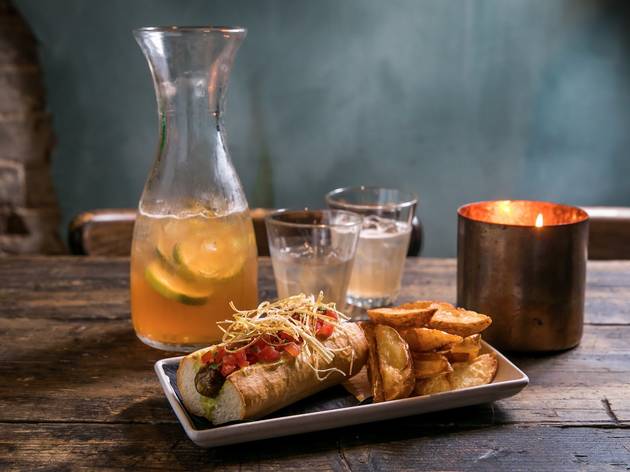 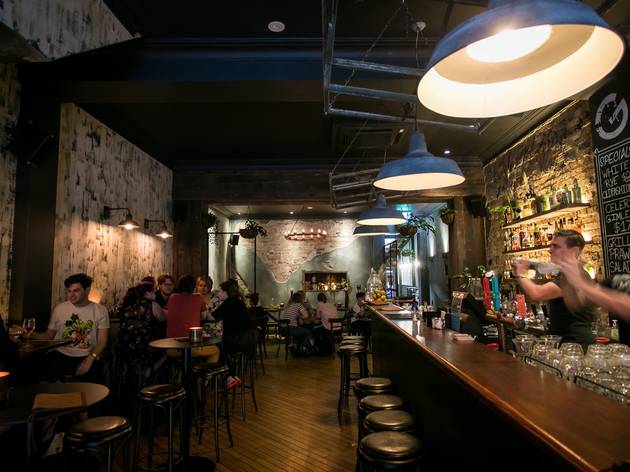 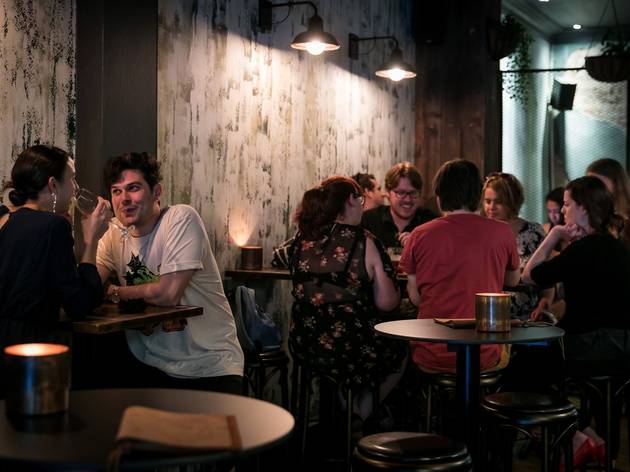 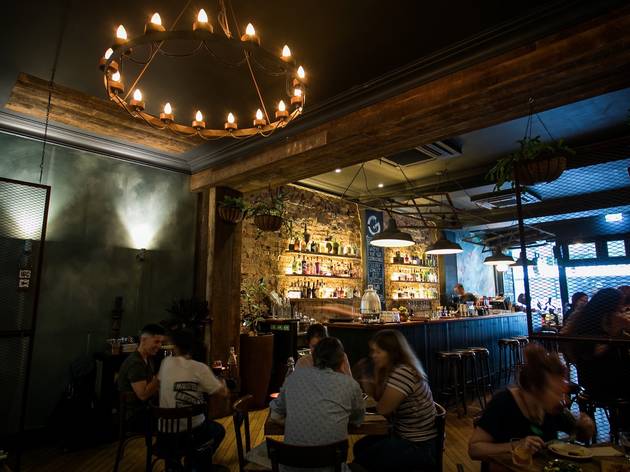 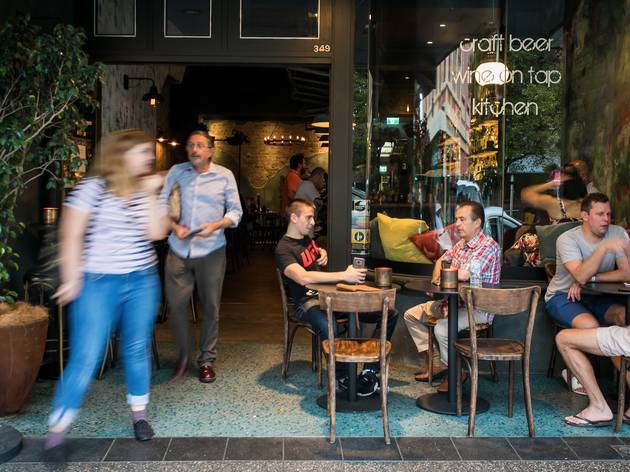 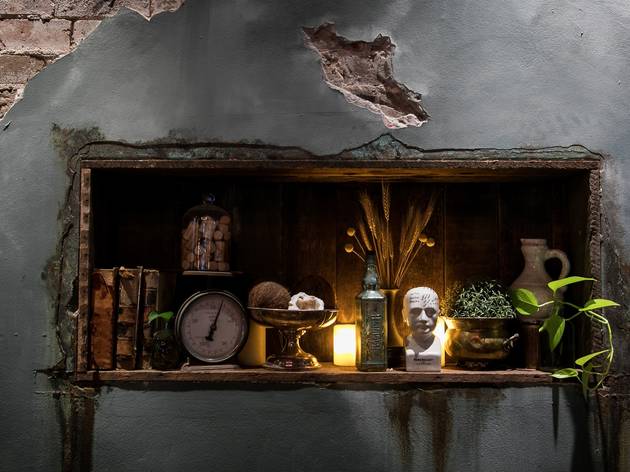 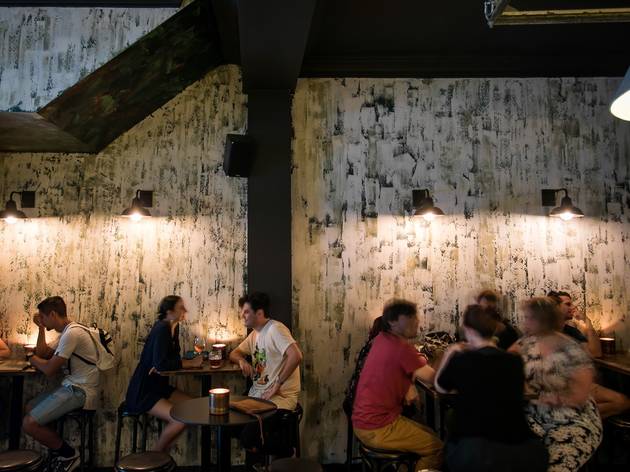 There are two reliable ways to tell someone’s age. First: whether they use their phone as a phone. Second, how much they think alcohol should cost. A person who calls you up and goes on about $10 cocktails in Sydney, for instance, would’ve lived through a good chunk of the Cold War and been huge on the 80s partying scene. That is, unless they have recently been to Gurdys.

At this moody bar on the left bank of Newtown, where speakeasy venues like Earl’s Juke Joint reside, you can get a Bloody Mary for a tenner every night of the week. Lest you suspect you’re hallucinating, the boozy tonic will jolt you back to life with a quadruple hit of mustard, horseradish, tabasco and fresh chillies. Served in a vintage highball glass, it’s as pretty as a flapper and more fiery than you’d expect. Like 80 percent of the cocktails here, It’s also vegan — the worcestershire sauce contains no seafood products —something that’s reflected in the bar’s veg-conscious shared menu.

Opened in June at the old Buzzbar site, this revamped local is full of rescued timber and gothic curiosities. Brett Davis, who co-owns Gurdys with his wife Clare, graduated from the bar business via big guns like Merivale and Solotel. For their first solo venture the pair sourced everything from light fixtures to steel window frames and wood claddings from nearby demolition yards. Stylist Belinda Cendron (designer of Shady Pines and Baxter Inn) is behind the slightly Dr Jekyll-esque fit-out, with offbeat details like antique beakers and phrenology busts.

Happy Hour on Thursdays is where it’s at for budget cocktail nerds. Once a week from 6-8pm, Davis puts on three $10 cocktail specials, usually variations on a theme. We visit on a Thursday with spiced rum specials – order “one of each” as you picture (five) dollar bills raining to the tune of Drake’s ‘Started From the Bottom’.

The Dark n Stormy is treacly on the palate and the spicy tweak to the gingery easy-drinking classic is a welcome one. The addition of coconut water to the club soda and rum-based Coconut Swizzle gives the already light drink a deceptively wholesome, breakfast-y kick. But the winner is the Spiced Apple Crisp — a balanced, summery dance of house-made ginger syrup, apple juice and agave — held together with a squeeze of lime. It’s usually $17 a pop, and we can see why it’s earned a place on the regular menu.

If wine is more your speed, there are plenty of solid by-the-glass options. Go full-summer and embrace a glass of dry R!ot Sangiovese Rosé on tap or try the South African Chenin Blanc from the Winery of Good Hope, which is lean and zesty with a floral nose.

Don’t be shy to hit the snacks early. Share the deep fried tapioca and halloumi bites — a nod to ex-Barrafina chef Nilton Neto’s Brazilian heritage. Crisp planks of the sago-cheese mix is fried golden, then dusted with chives and drizzled in a chilli honey. It’s fun to eat and excellent with Canberra kid Bentspoke’s full-bodied IPA or the fruity Mountain Goat pale ale on tap.

Skip the citrus cured salmon in favour of more substantial offerings, most of which are under $20. While omnivores fight over slices of smoky, blushing rump steak dressed in a tangy chimichurri sauce, vegans can opt for the house special Green Dog. Made with legendary vego butcher Suzy Spoon’s spicy original sausage, you get all the satisfaction of biting into the crisp skin of a well-made frank, plus the flavour burst from an earthy mix of garam masala, oregano and marjoram. It’s the kind of bar food you’ll crave, and at $15 a pop, plus a tenner for a cocktail, this is the kind of place you can become a regular and still end up in the black.