Bars The Rocks
3 out of 5 stars 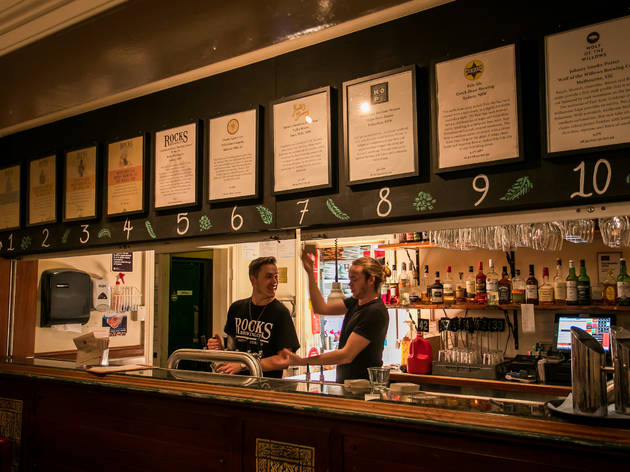 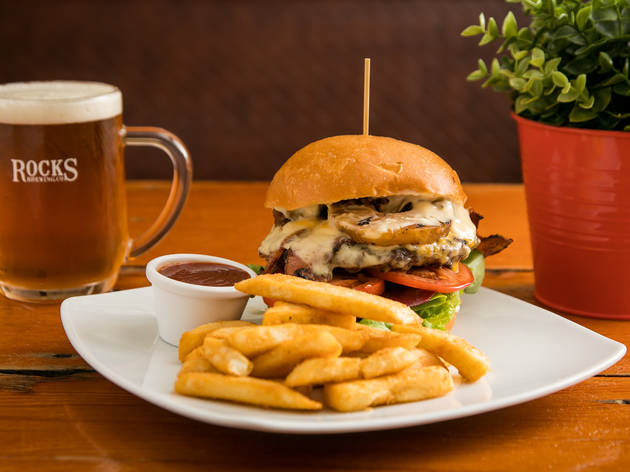 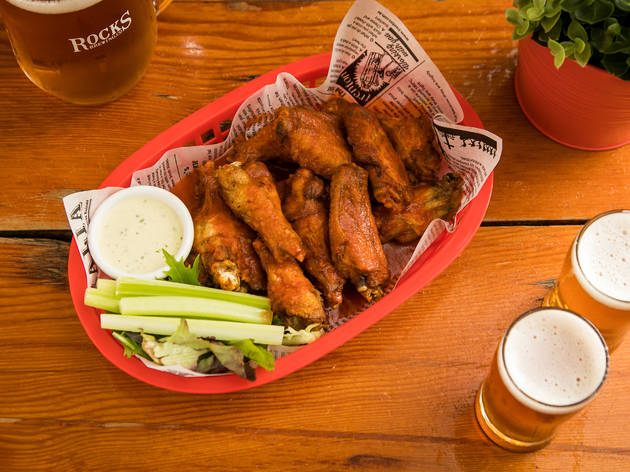 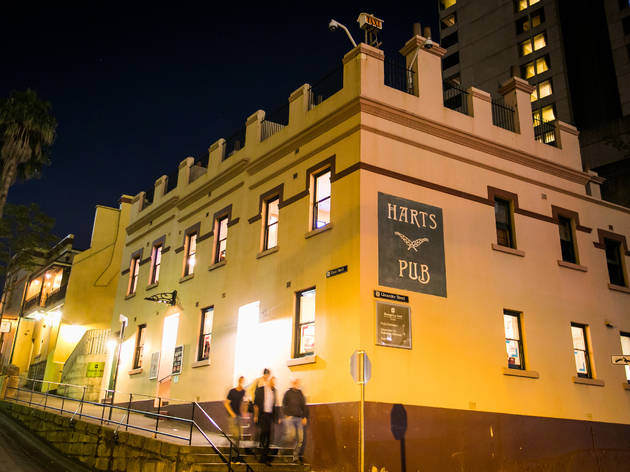 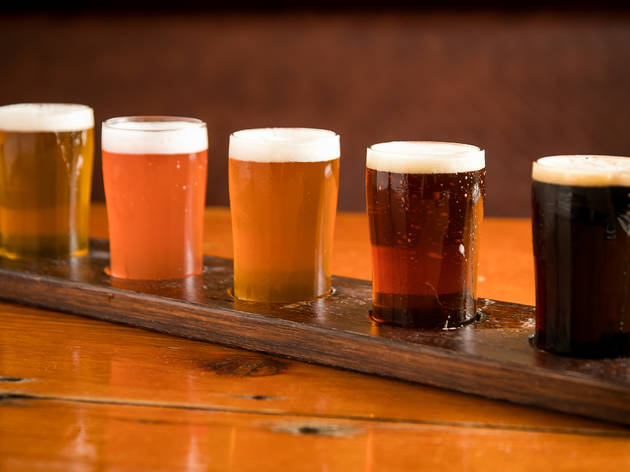 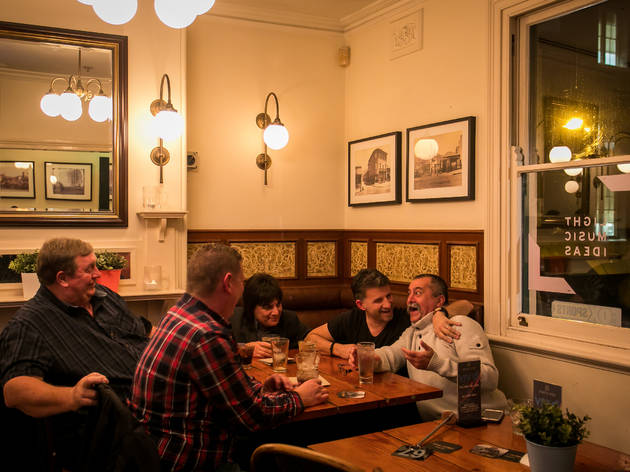 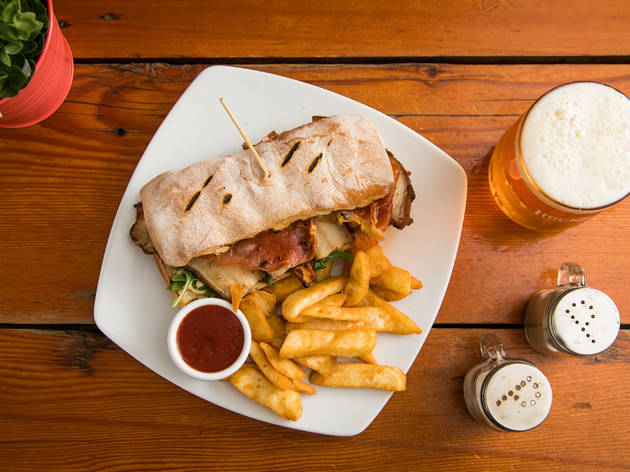 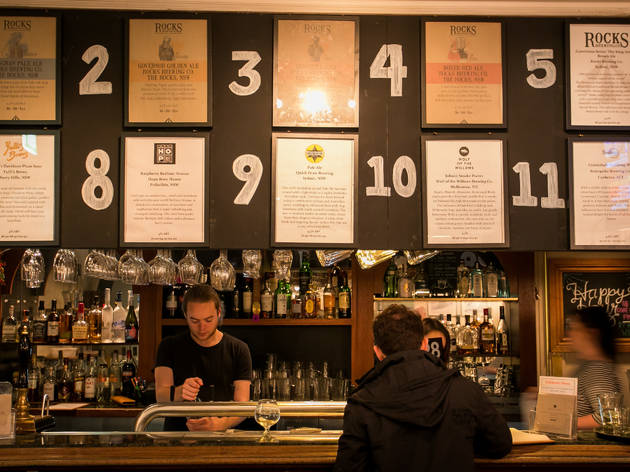 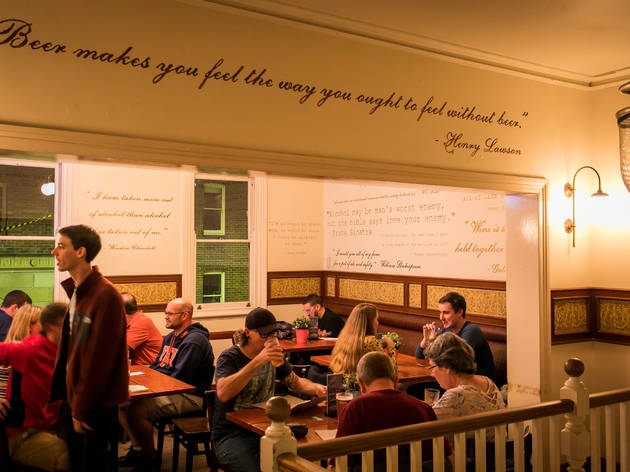 You might be surprised to discover that there is not the pack of twinkly-eyed dock workers inside Harts Pub. Of course, a set of coal-dusted wharfies would look right at home inside the historic terrace hotel in the Rocks, but instead what you’re likely to find is a specific subset of Sydney’s corporate crowd who prefer that ye olde pub feel to the glint of Heineken bottles found in many a CBD bar.

Craft brews are the big drawcard here, paired with carby, belly-busting pub meals. This is the home ground for the Rocks Brewing Co, which means they always have a core range of house beers on tap to sate a hankering for their red, golden and pale ale or a fresher than average lager. But they’ve also got a “all in for the love of beer” attitude which sees them save half the taps for a changing roster of domestic craft beers.

They only get one keg at a time, so if you’re not there to try the bracing, astringent and briny rhubarb gose from Gage Roads Brewing in WA when they tap the keg, you may just miss out. Same goes for a cloudy Belgian wit from Little Alchemist Brewing over the harbour in Mosman. Their beer has a bright spiciness that would go beautifully with a curry, but since there’s none to be had, a plate of hot wings is an acceptable substitute.

A good night on the tiles is built on a solid foundation (especially if you’re knocking back the eight-dollar pints of Rocks brews during happy hour). Prime your stomach with an old fashioned burger that eschews the American influence in favour of the milk bar recipe of beef, pineapple, beetroot, bacon, onion, lettuce, cheese and tomato. They stack it high and serve it with thick-cut chips. Or for something you don’t need to dislocate your jaw to eat, but still ticks the double meat box, order the Peruvian pork sandwich. Thick slabs of rich, soft pork belly meets crunchy, salty pancetta on a long, flat roll with backup provided by sweet potato, rocket, pickled onion and lime aioli.

This historic watering hole is an enduring favourite for city slickers. Heck, this is their second year in a row taking out the People’s Choice Award. It might be the severely pared-back aesthetic (if you told us they’d cleared the room once for some bare knuckle boxing and then just never put the furniture back, we’d have no reason to doubt you) that people love about this place. Or it could be that it looks like a knock-off for labourers, but doesn’t discriminate between those who labour with their hands, and those who labour in Excel spreadsheets. If you’ve had a long day and need a cold beer to fix it, Harts Pub is the right place to get it.