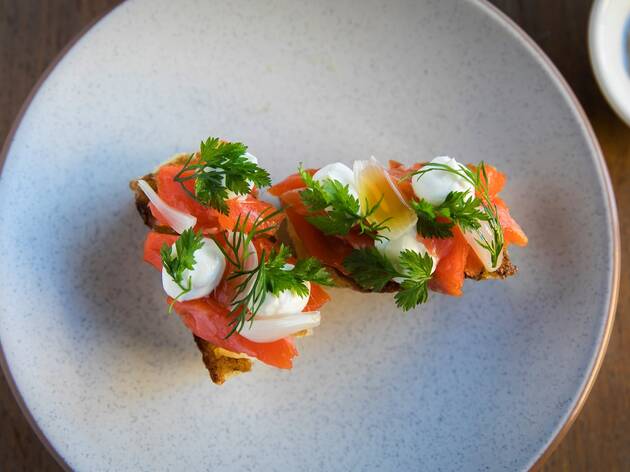 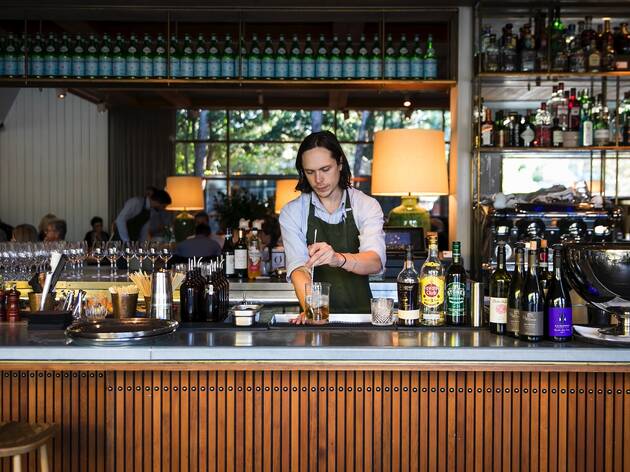 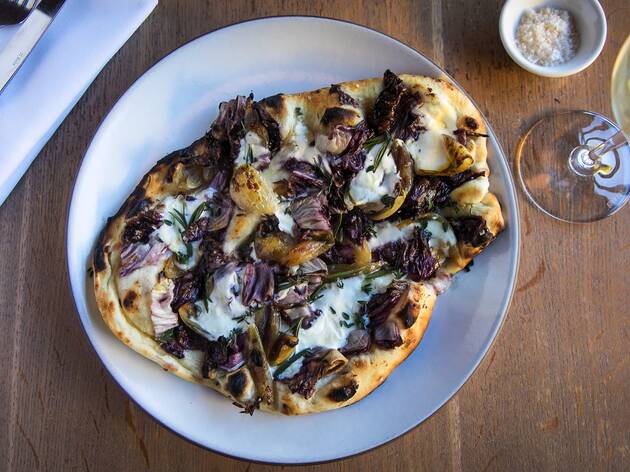 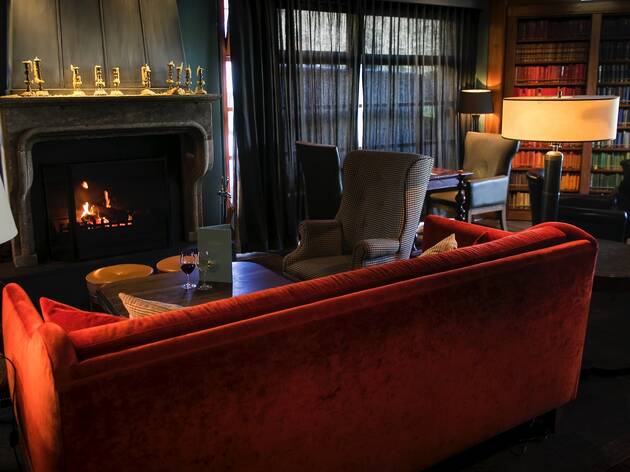 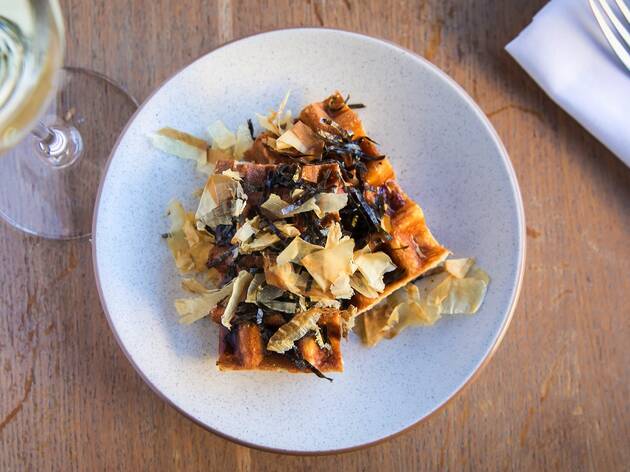 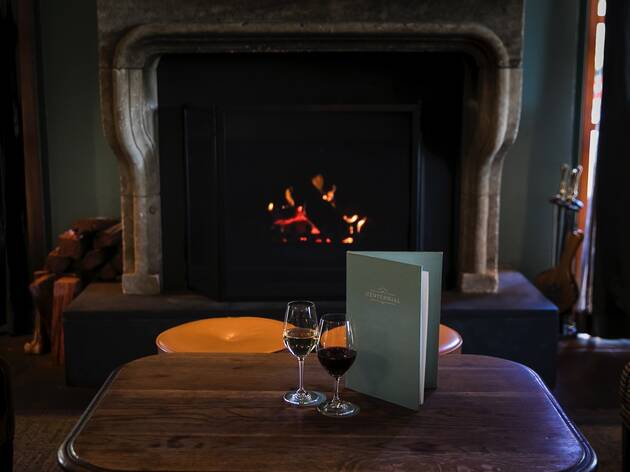 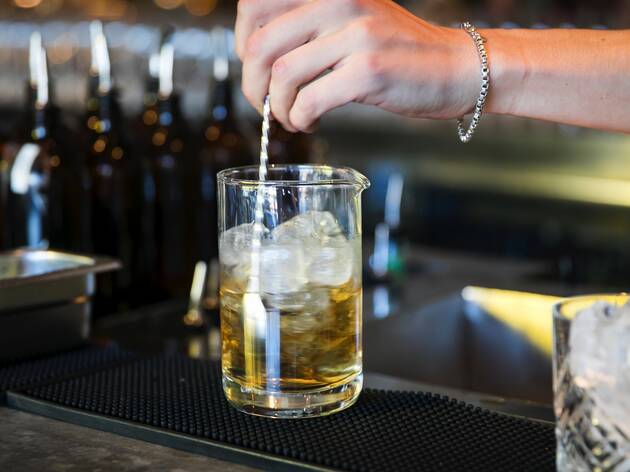 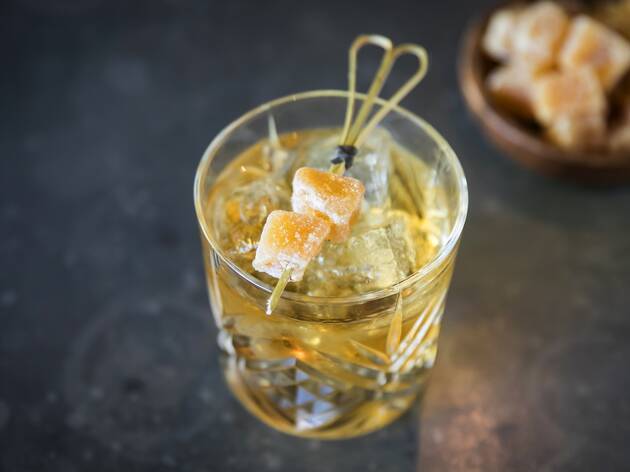 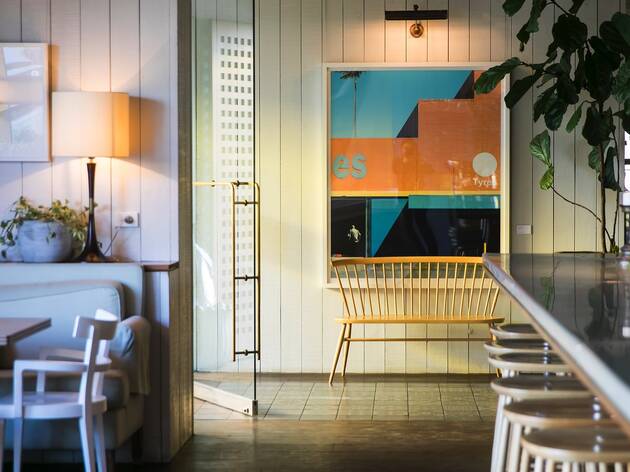 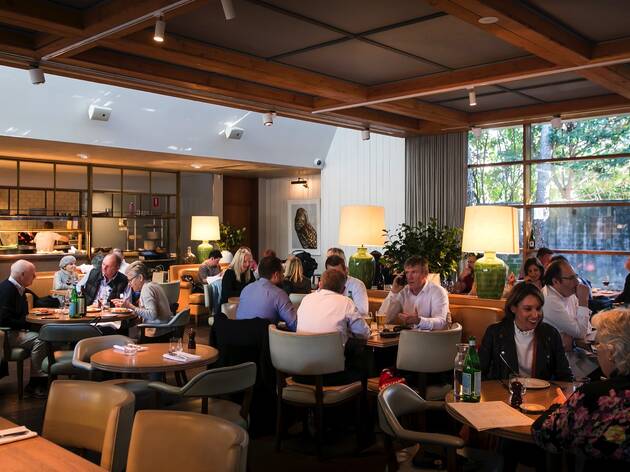 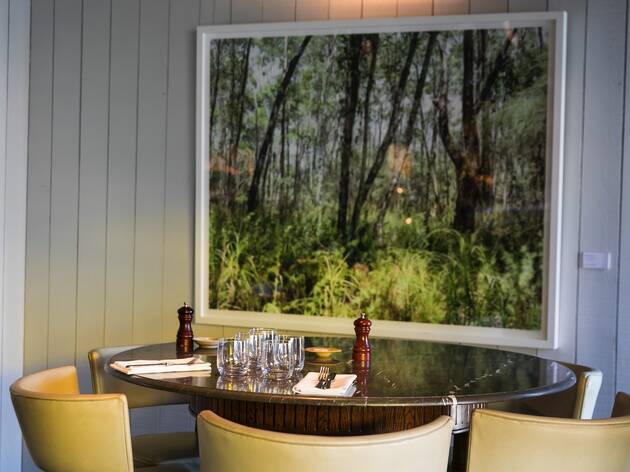 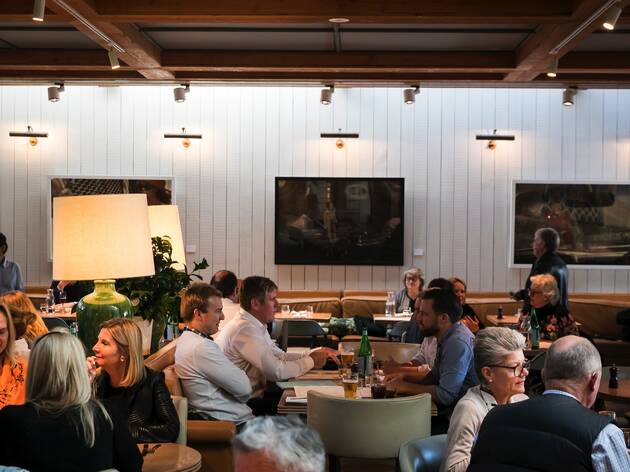 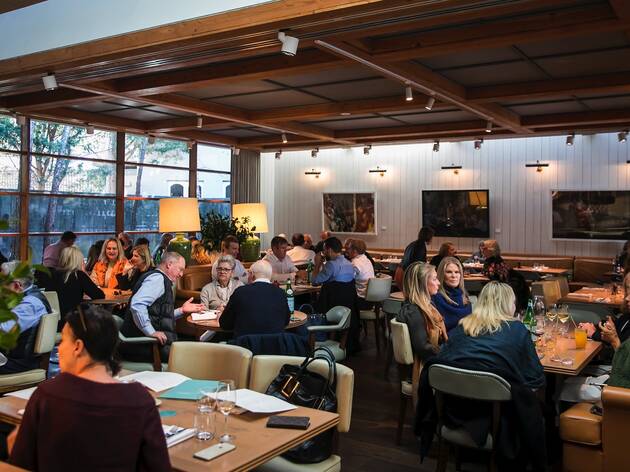 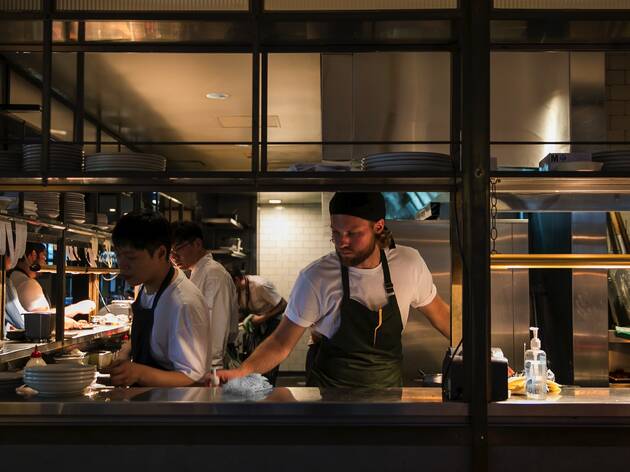 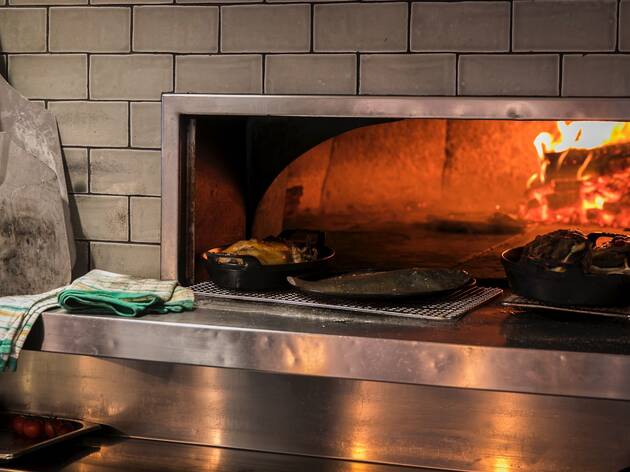 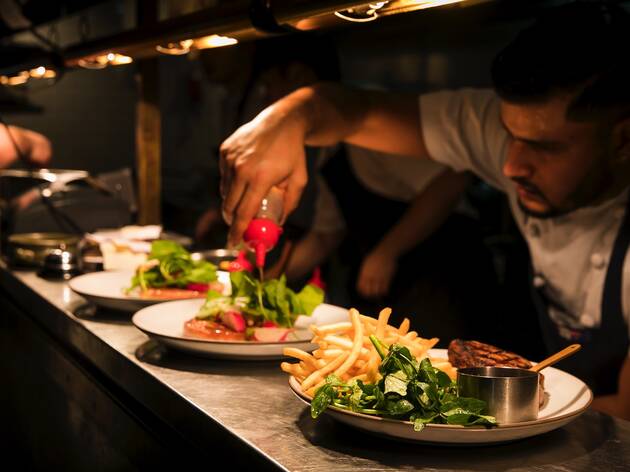 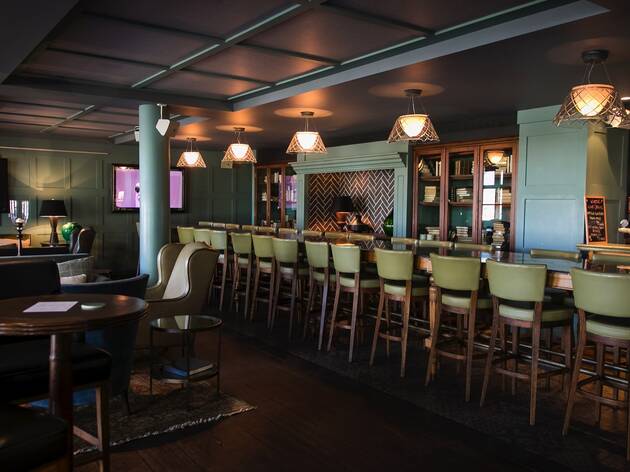 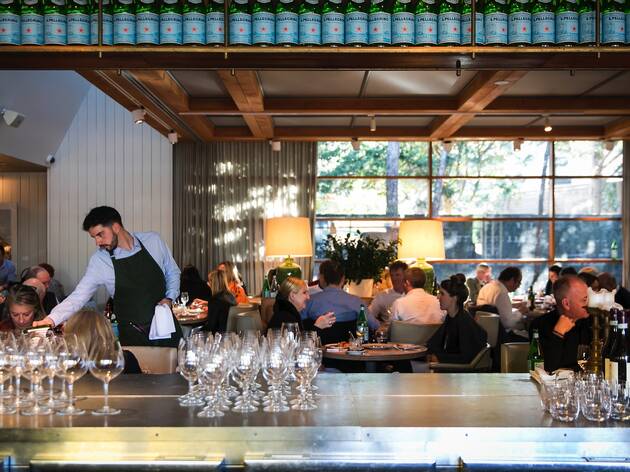 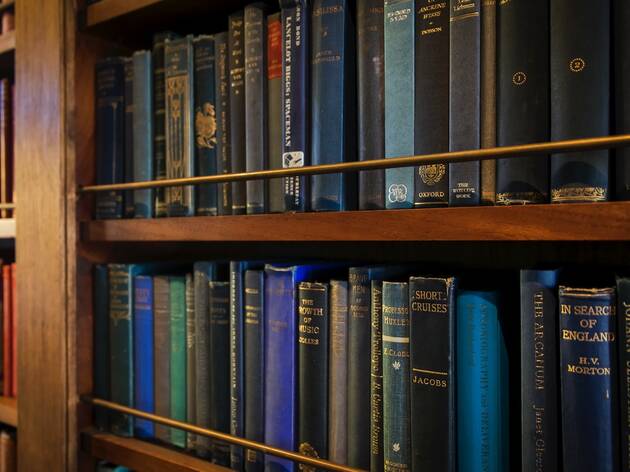 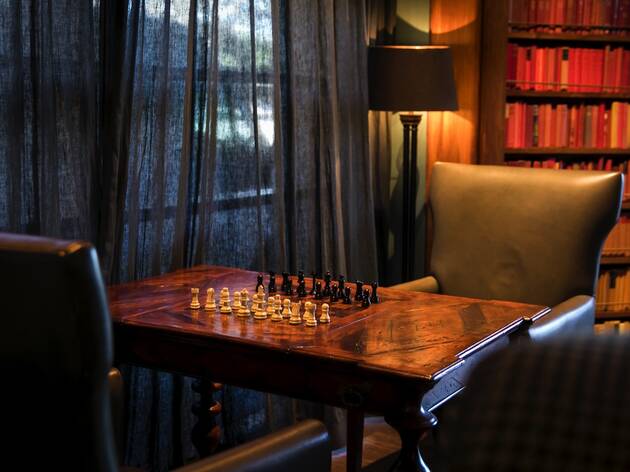 Pubs don’t come much classier than this Woollahra mainstay

Shreds of rich, spiced duck meat inside a shatteringly crisp spring roll. Small nubs of tender octopus hiding in a bite-sized waffle finished with a sprinkle of nori strips, bonito flakes and a sticky-sweet okonomi-like sauce. Fluorescent folds of slick ocean trout and dollops of creamy labneh on buttery toast crowned by slivers of pickled onion, sprigs of parsley and dill.

Fancy canapés that kick off an elaborate degustation at one of our city’s fine-diners? Think again. They’re all $7 snacks on a bar menu overseen by powerhouse chefs Danielle Alvarez and Ben Greeno (she of Fred’s and he of the Paddington, both nearby). In other words, the food alone is reason enough to pay Hotel Centennial a visit.

So is sinking into an oversized armchair in front of a roaring fireplace and soaking up the Hamptons-hideaway-meets-English-manor-house aesthetic. There’s a well-thought-out mix of high and low tables to choose from, with enough space between them to make each feel private, and equally varied seating options, from cosy couches to soft leather stools.

Elevated everyday comforts seems to be the brief in almost every aspect here, and – this being Woollahra and a part of the ever-expanding Merivale empire – that brief is taken seriously. The sauv blanc offered by the glass, for instance, is a crisp Pouilly-Fumé from the Loire Valley, while the shiraz is Clonakilla from Canberra district; they’re both served in handsome Riedel glassware.

Beers aren’t challenging (or cheap for that matter, starting at $10 a schooner), but they suit the crisp-white-collars-and-cufflinks crowd to a T. Think reputable imports like Moretti, Kirin and Kronenbourg 1664, alongside Aussie standards such as Coopers and SuperDry. A land of craft ales and cut-off jeans this most certainly isn’t.

The ten cocktails on the list take a similarly refined, if not particularly groundbreaking approach, tweaking classics and building on tried-and-true flavour combinations. A Sloe-groni proves to be nothing more than a Negroni made with sloe gin instead of London dry. A Return of the Mac, meanwhile, has the combo of ginger wine and throat-clearingly spicy cubes of candied ginger kick Ron Zacapa 23 and Havana Club 7 into rum Old Fashioned overdrive. It’s simple, seasonal and smart.

Come for a drink, stay for the flatbreads we say. They compete with some of the best pizza in town, charred in all the right places, and topped with the likes of Ortiz anchovies and San Daniele prosciutto. If you feel like a full-on meal, hit the dining room next door. And if you feel like a game of chess, you’ll find the pieces in the drawer of the antique game table by the window.