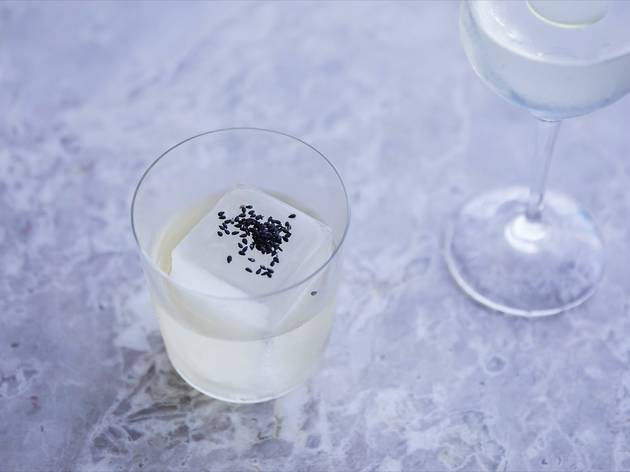 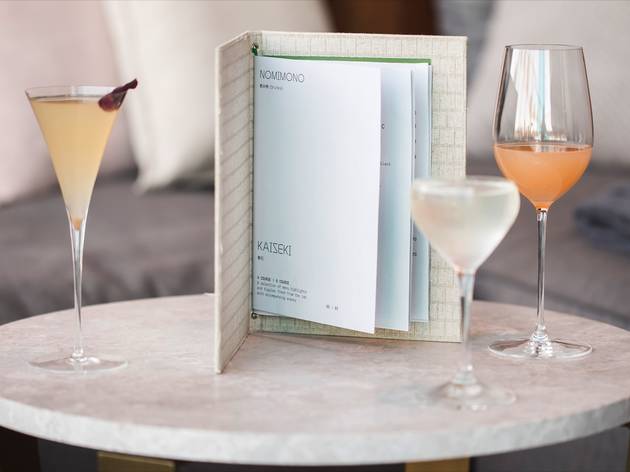 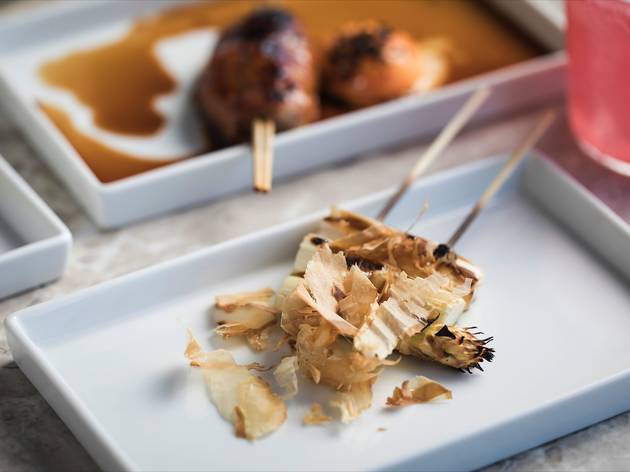 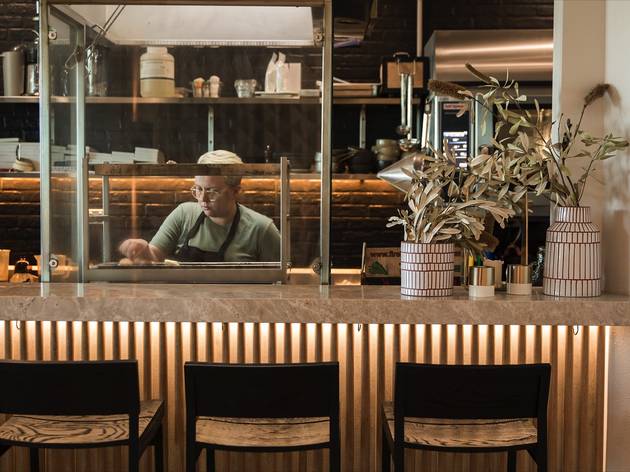 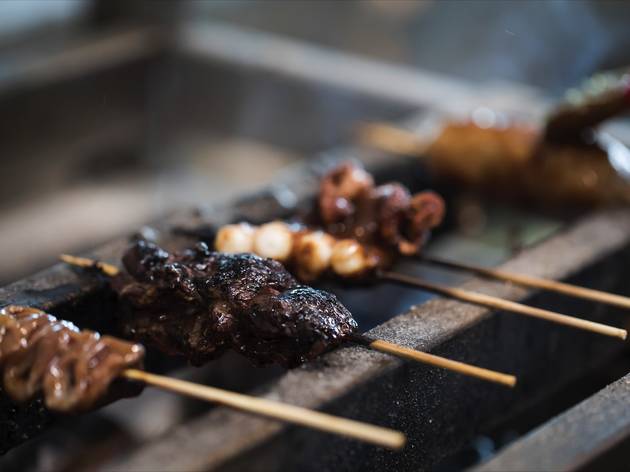 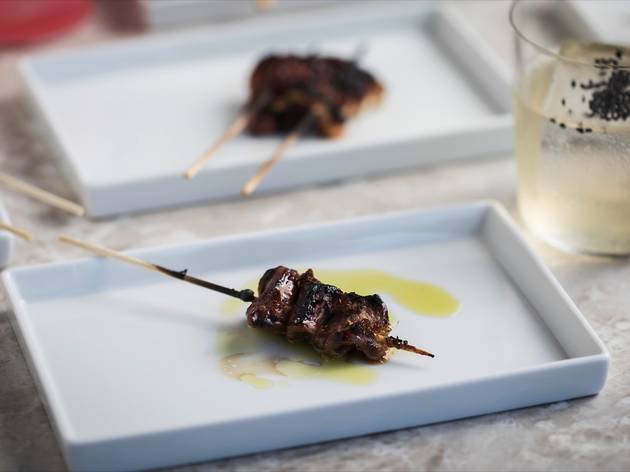 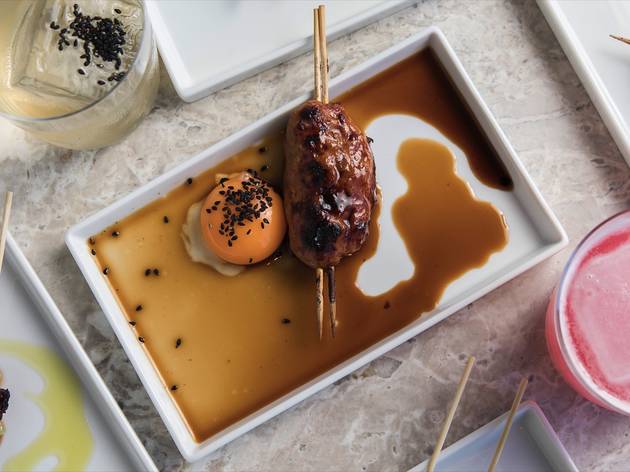 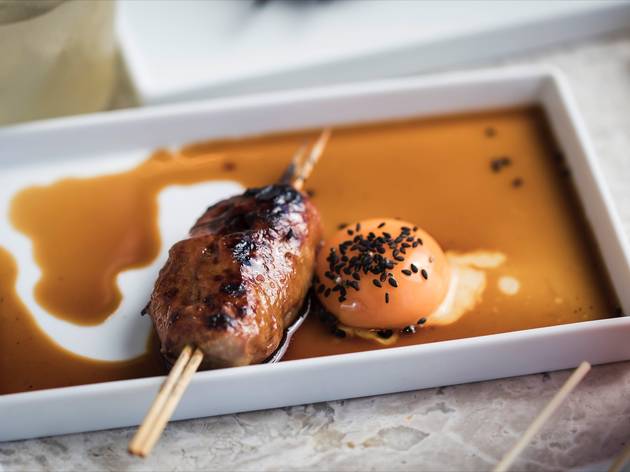 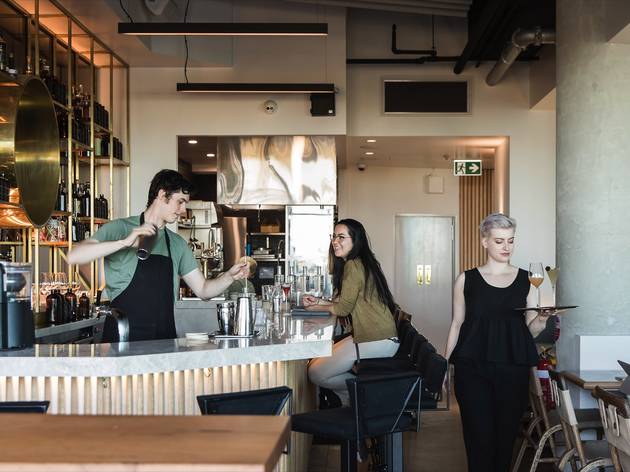 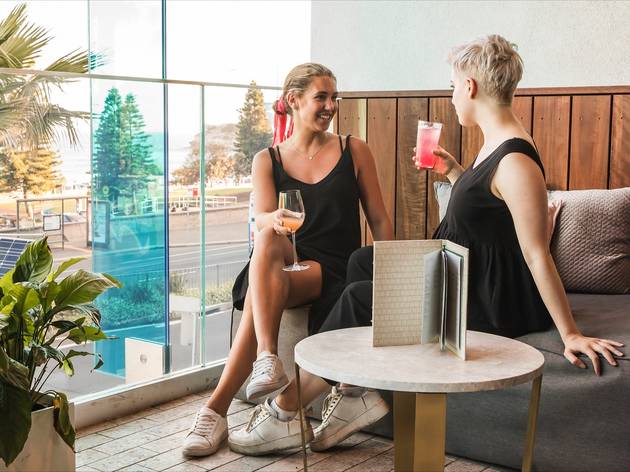 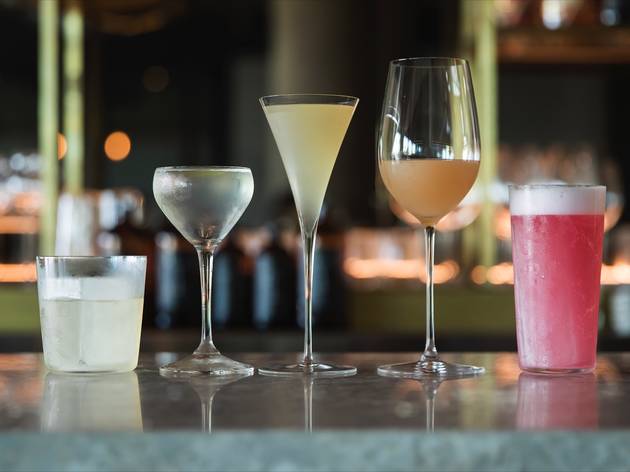 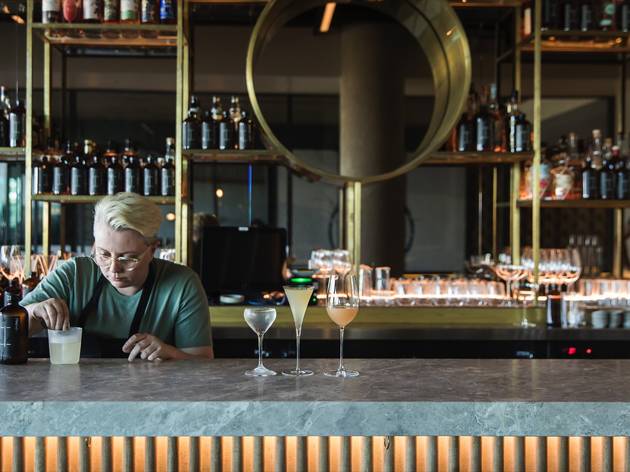 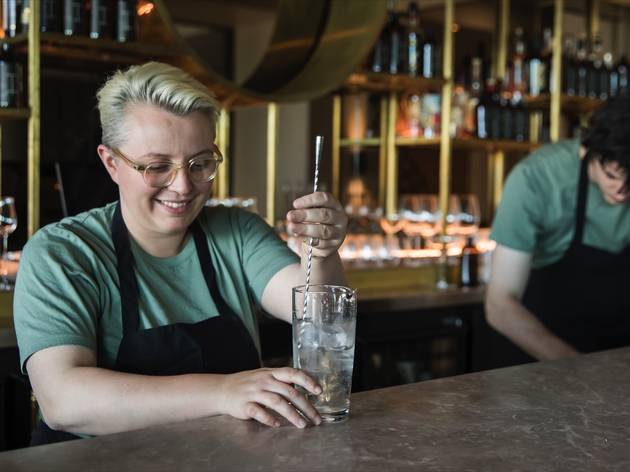 To call this Bondi cocktail bar fusing Japanese ideas, native Australian ingredients and engineer-like craftsmanship ‘inventive’ would be an understatement

A tiny dish lands on the table, cradling what appears to be a white pill fit for a horse. Then, what looks like water is artfully poured on top and that tablet magically springs to cylindrical life as a hand towel – one that smells like sweet herbs and lemon zest.

“A little something to freshen up,” says the dashing barman, “scented with distilled yuzu juice.”

Next, he places another small vessel in front of us, bearing a couple of delicate, bite-sized snacks.

“To get your palate going: a nori crisp with a matcha and yuzu curd.”

And so begins a round of drinks at Isabel: an ambitious Japanese-ish bar hiding in plain sight on the first floor of Bondi’s Pacific complex, from Kate McGraw and the team behind Panama House next door. It would be unfair to say they’re biting off more than they can chew, but boy, is there a lot to digest here.

Burnt miso, toasted sesame and quandong are the types of ingredients you can expect – and that’s just in a single cocktail. It’s called ‘Miso’ and like the ‘Wasabi Leaf’ listed directly above it, it focuses on capturing the essence of the title ingredient with a single spirit and a few supporting players. Both are impressive; the former bolstered by cognac to highlight miso’s savoury depths, while tequila’s vegetal undertone unifies the spice of ginger and wasabi in the latter. There’s also a cocktail named ‘Soup Curry’, which, for better or worse, tastes astoundingly like the Hokkaido speciality – only boozy, cold and sans the chicken and stewed vegetables.

Elsewhere, there are highballs with pandan, persimmon, shiso and nori; non-alcoholic concoctions featuring the likes of de-alcoholised Campari, and some wild low-ABV fruit ferments they’re calling ‘Danger Juices’. In other words, simplicity is nowhere to be found. Luckily, the team are all too happy to break down all this wizardry; show even the faintest glimmer of interest in the craft, and out of the fridge might come a sample of something they’re trialling – in a stunner of a Riedel glass, no less.

If you think snacks translates as nuts and olives, you’re sorely mistaken. They’re going for a modern izakaya vibe, and along with that comes a charcoal grill and a kushiyaki menu. Skewers run the gamut from white asparagus to chicken liver, along with octopus and cuts of Wagyu. Cooking can be a little uneven, caramelisation not quite where it needs to be, but each and every stick is garnished with something different – desert lime ponzu, fermented chilli, even dancing katsuobushi flakes – which only adds to the flavour parade. (Remember, these folks do nothing by halves.)

Perhaps the best way to navigate Isabel is to surrender to the whims of the kaiseki, an abridged four- or six-“course” adaptation of the lengthy Japanese degustation that pairs off-menu drinks with small bites. Along the way, you might appreciate a nice and subtle cornflower distillate Sour, frothed up with finger lime juice and Geraldton wax. There might be a vodka and fermented Poorman’s orange Spritz, posing as a pet-nat, that reminds you of a cross between kombucha and Berocca. And you could just be lucky enough to try the clarified juice of what must be the ripest strawberries on the planet, accented with pepper leaf. There’s no experience in Sydney quite like it.

As for the room: it speaks more to a Japan of clean lines, raw materials and sleek minimalism than one of smoke-filled, wood-panelled basements in neon-flooded nightlife districts, and it could do with a bit more warmth. In this case, that’s not necessarily a bad thing. The shores of Bondi are sunny enough, and it keeps the focus front and centre on the drinks – which is exactly where it should be.