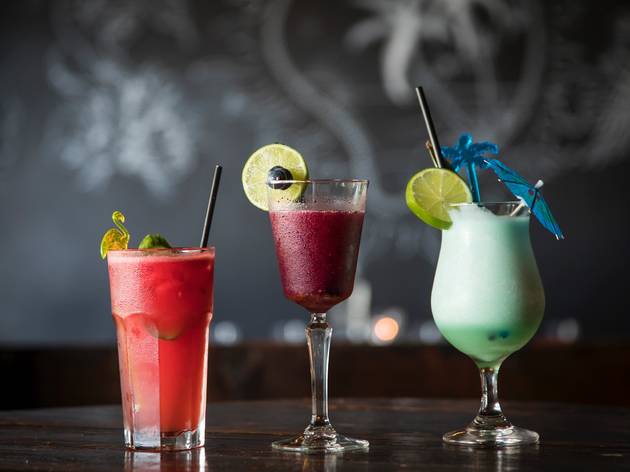 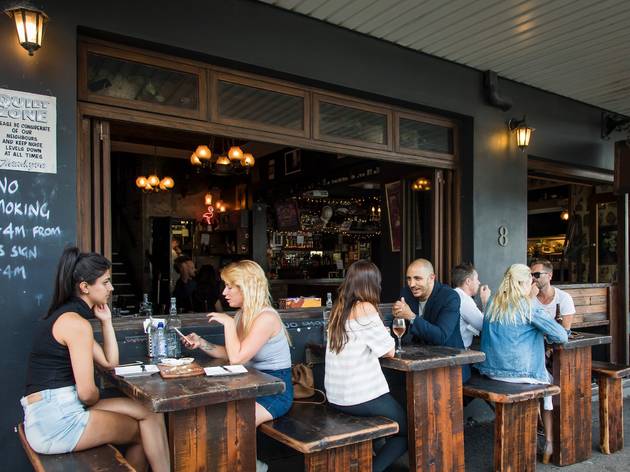 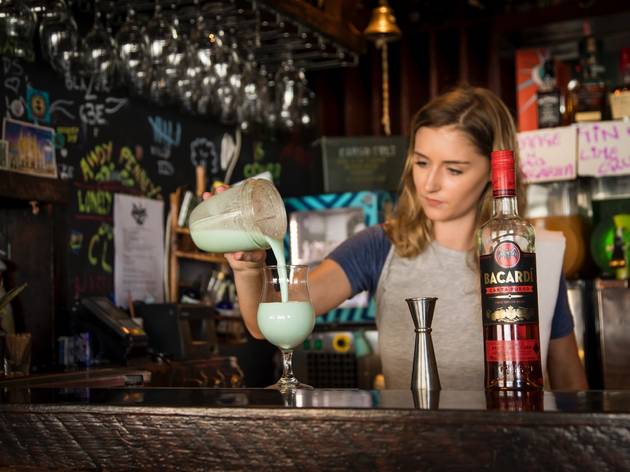 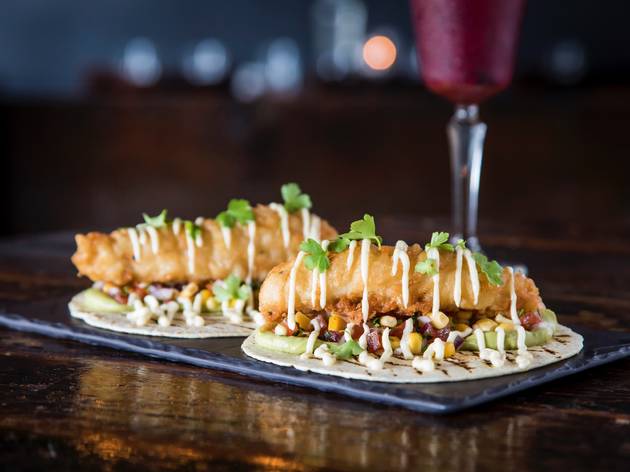 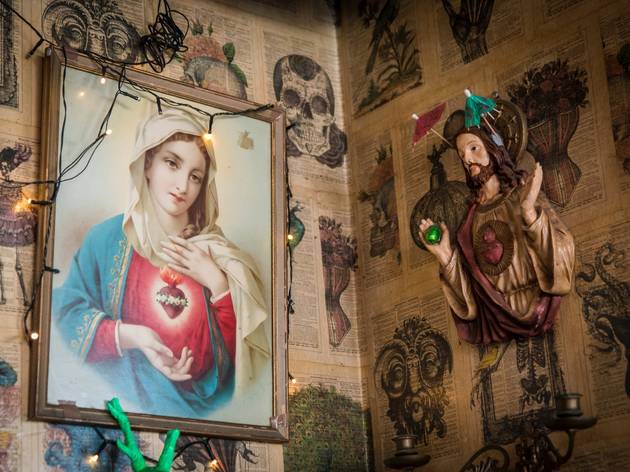 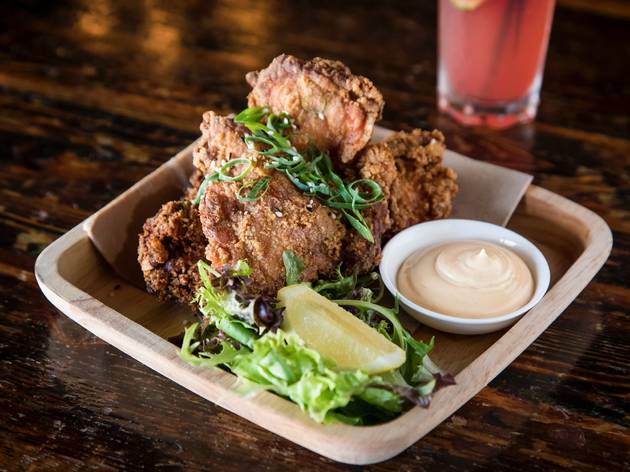 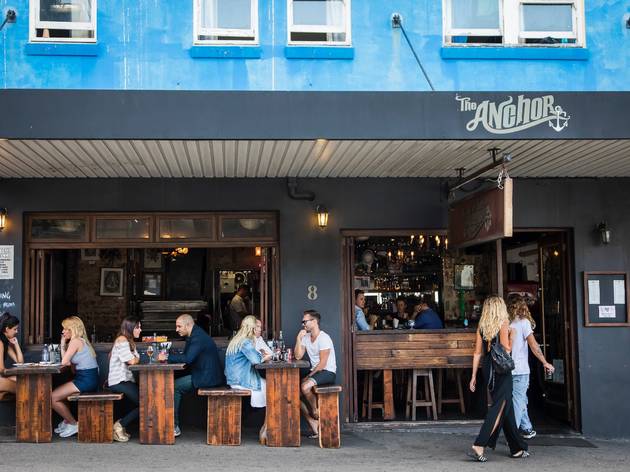 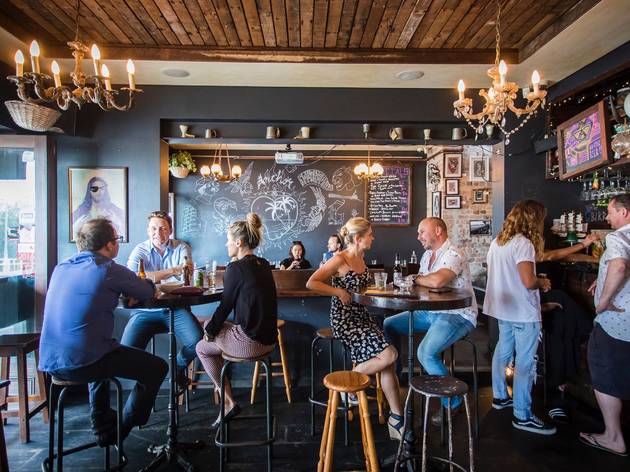 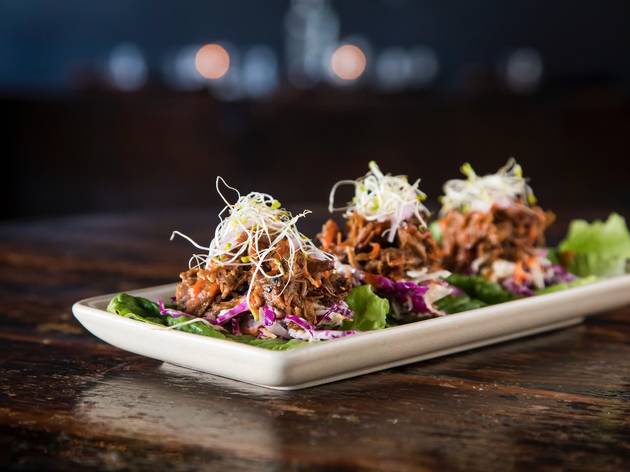 You can’t exactly spy the waterline from this nautical cocktail den in South Bondi, but you can taste it on the breeze and were it not for an inconveniently placed apartment building the full splendour of Bondi Beach would be visible from the outdoor tables at the Anchor Bar.

No matter, because you’ve probably already been in the drink, and are now ready to have the drink be in you. Specifically, you’ll want a gin and fresh watermelon juice to cool you down in Snoop-approved style. Keep the tropical vibes rolling with a Tommy’s Margarita and harness the powers of tequila, lime and agave for good times.

Holiday drinks aren’t the exclusive domain of the distilled and the fruity – the beer list reads like a getaway wish list with Mexico’s Rio Bravo and Pacifico lager, Jamaica’s Red Stripe, Anchor from the US, Kirin form Japan and Kereru from across the pond.

It’s a salty crowd here, and we’re not talking residue from the big blue. The tanned and the beautiful will be sharing the bar with you, and that’s just the staff.

We don’t quite know how they did it, but they’ve somehow avoided the spring break vibes. Maybe it’s because they forego a thousand shades of blue in favour of dark timber, a whale mural and a big, framed picture of Jesus. Or maybe they’re just that little bit further up the hill so you need to be hanging out for an ace cocktail to get you all the way there. Whatever the reason, things stay pretty relaxed.

If you came for post-beach drinks and are still there come dinner time they’ve got a compact kitchen busting out simple snacks like sweet potato fries, wings and croquettes, plus a surprising list of pub meals like fish and chips, cheeseburgers, steak and sausages – no need to get fancy just because you’re sitting on some of the most desirable real estate in the city.

There’s plenty of places to get a drink in Bondi, but when what’s in your glass is as important as the location you’re drinking it in, steer your crew towards the Anchor.