Bars Alexandria
Recommended
4 out of 5 stars 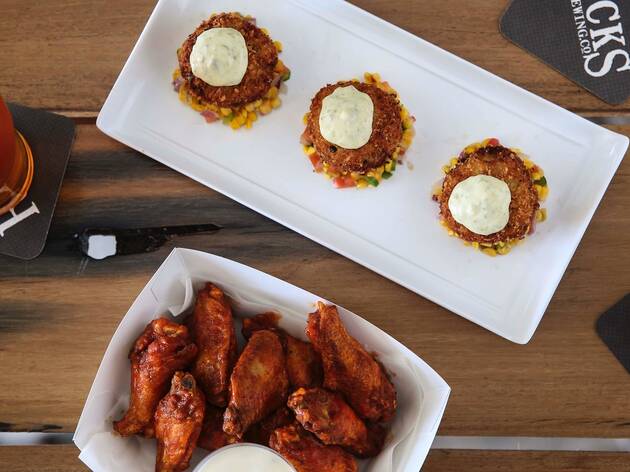 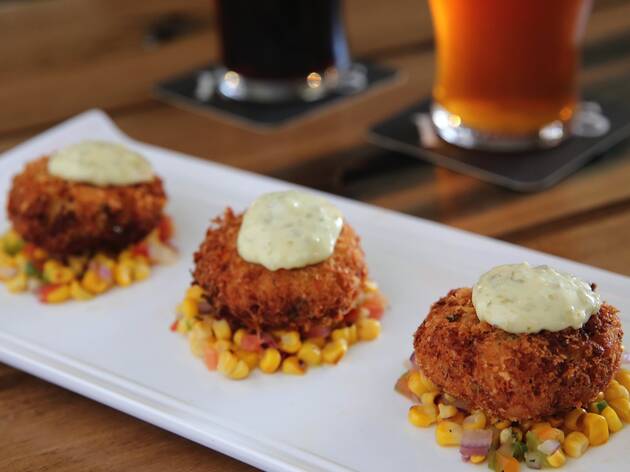 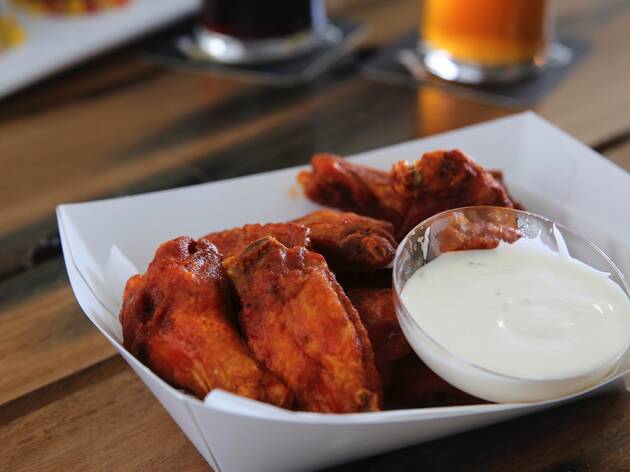 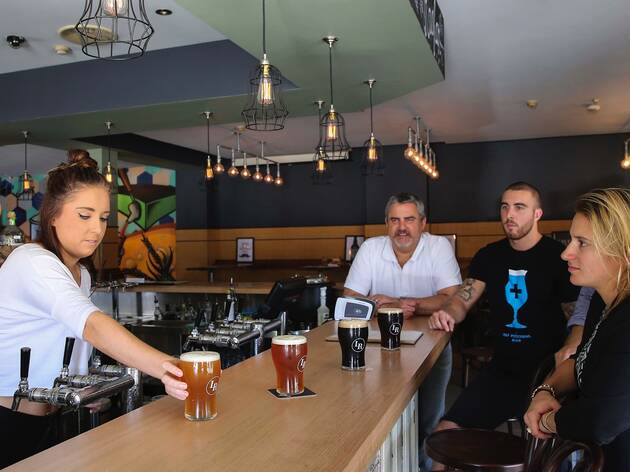 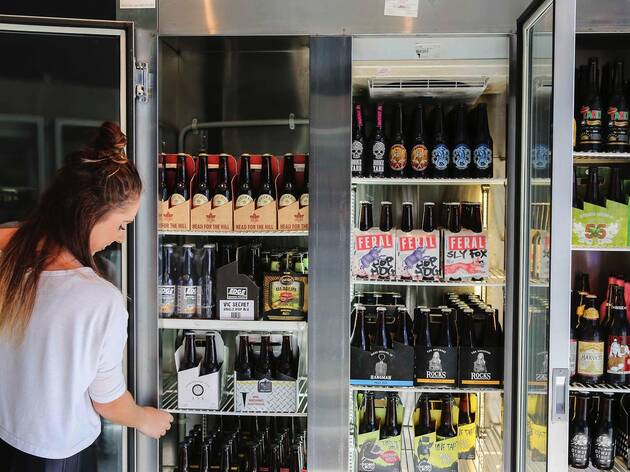 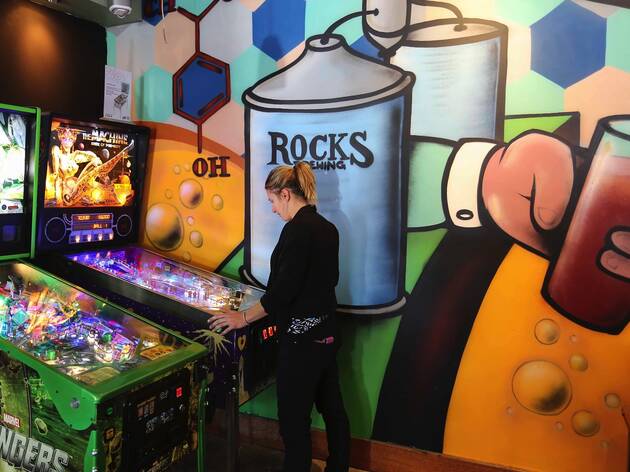 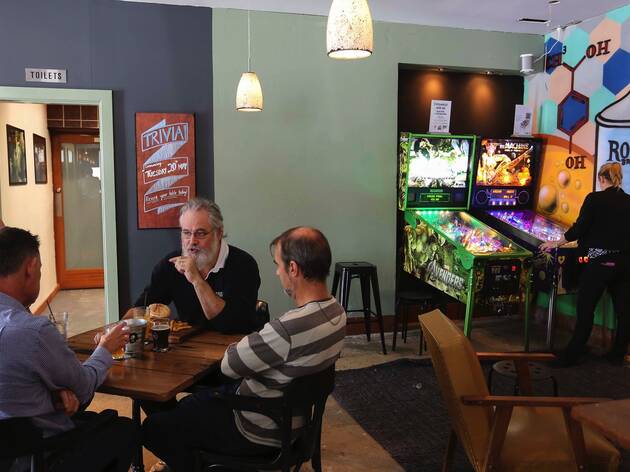 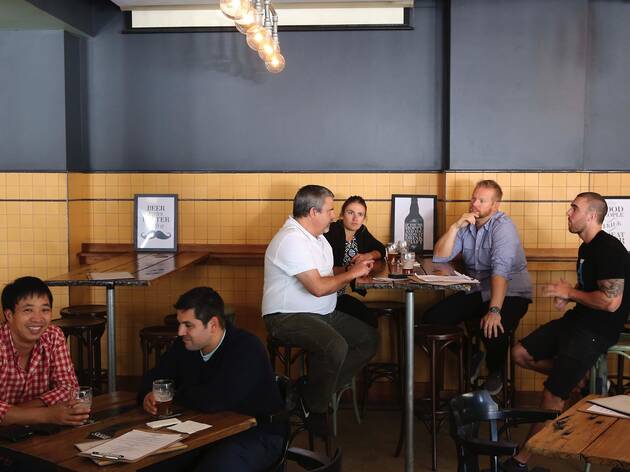 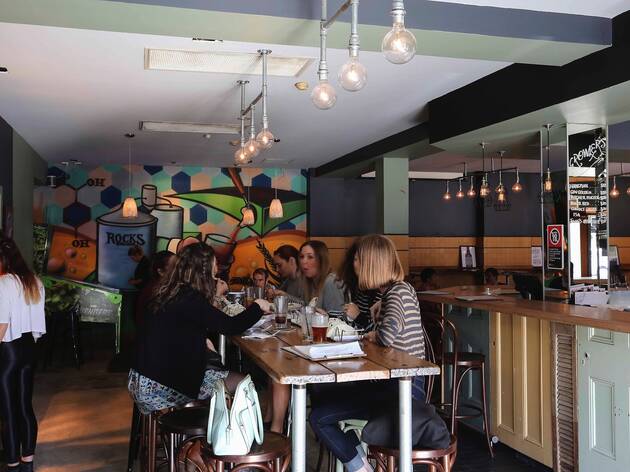 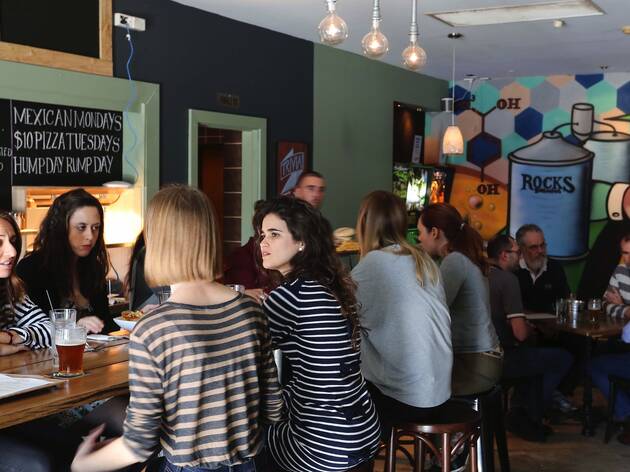 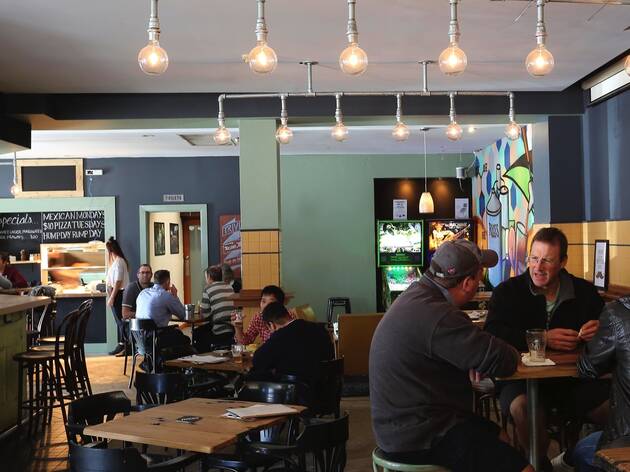 It’s almost a shame beer gets you drunk. We consider this while poring over the beer list at the this freshly renovated pub in Alexandria, reckoning that if it didn’t we’d down every last brew, from the sweet, malty Hunter Beer Co. witbier through to the palate-cleansing bite of the Feral Hop Hog IPA. Being spoiled for choice is a nice problem to have, and with the rise of dedicated craft beer bars around Sydney, it’s becoming endemic.

We’re big fans of the Rocks Brewing gang here. In fact, we like their beers so much we got a keg to welcome our new editor to the building. And to make accessing the good stuff even easier the Rocks Brewing Co have opened their very own pub. Unlike their brewery bar further down in Alexandria, the Lord Raglan plays well with others. Home ground advantage is given to the Rocks brews, naturally, and you don’t hear us complaining about more places to get the Boxer red ale on tap, but the other six taps are a rolling showcase of the best craft beers on the market. They only order a keg or two of each, so this is the place to seize the day and drink till it’s gone – it moves so quickly they don’t even bother putting labels on the taps. You’ll have to keep an eye on the slate labels suspended over the bar to see what’s on offer.

They run a tight operation here. They took a derelict pub, gutted it and let only the bare essentials back through the heavy wooden doors. There is a bar constructed from old doors with 12 taps; fridges for the fancy bottled stuff (a Sierra Nevada Northern Hemisphere Harvest wet hop ale longneck asks a cool $22); 25 spirits; and a handful of wines. There’s plenty of wooden chairs and stools to go round, but if you’re quick there’s a vintage lounge suite in front of the pinball machines. Banks of round Edison globes light the way, gentle indie is on the playlist and the concrete floor is pretty much disaster proof. Imagine someone’s tricked-out garage with beer and you’re on the right track.

There are no pokies, no TAB and no simulated racing. People are here for the love of beer. You’re going to need something to eat if you want to make any kind of dent in the beer list so if it’s salty, fried, or involves melted cheese it’s on the menu. You’ll have to pry apart the crisp quesadilla triangles filled with chicken and cheese to add chopped tomatoes and sour cream to the mix; the chicken wings are doused in enough hot sauce to make your eyes water; and the a salty crab cakes with corn salsa and tartare sauce are our new bar snack of choice – move aside salt and pepper squid. They shut the kitchen between 3pm and 5pm so for anyone who doesn’t keep regular meal times, you've been warned.

Up the road in Redfern they’re pulling crowds with a slew of small bars, but Alexandria is hopping to it, morphing into the south Sydney craft beer hub we’ve all been praying for.