Bars Marrickville
3 out of 5 stars 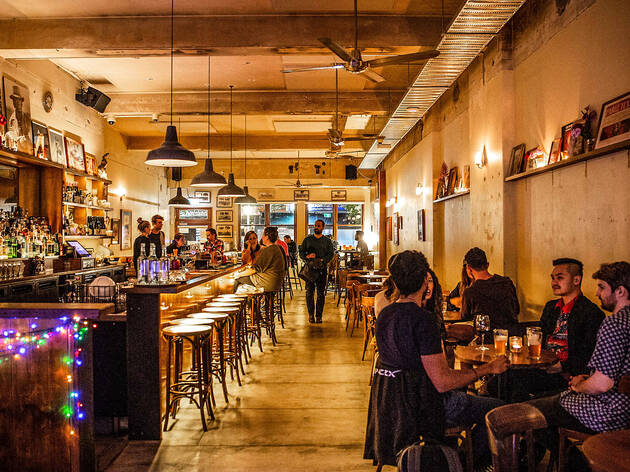 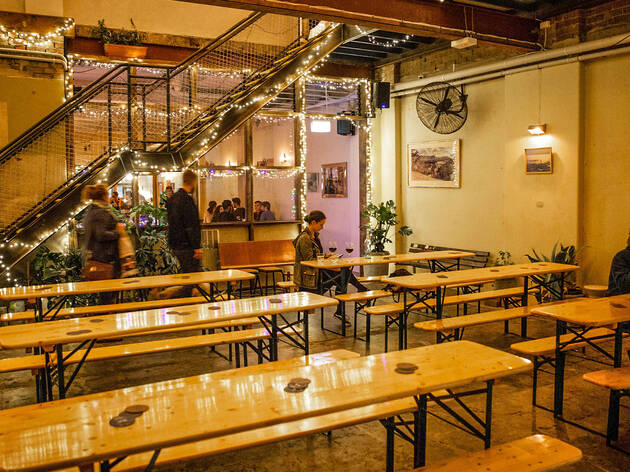 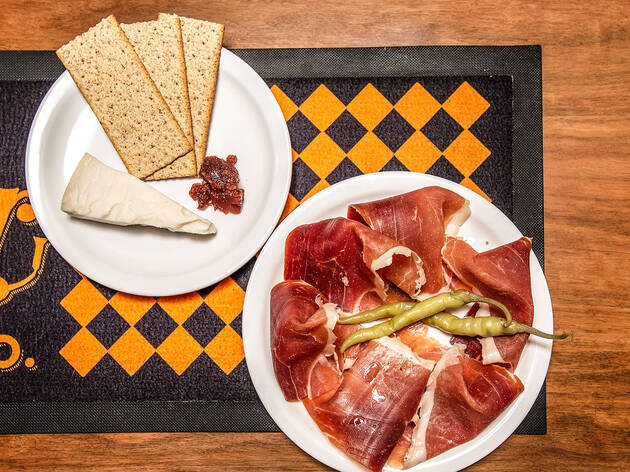 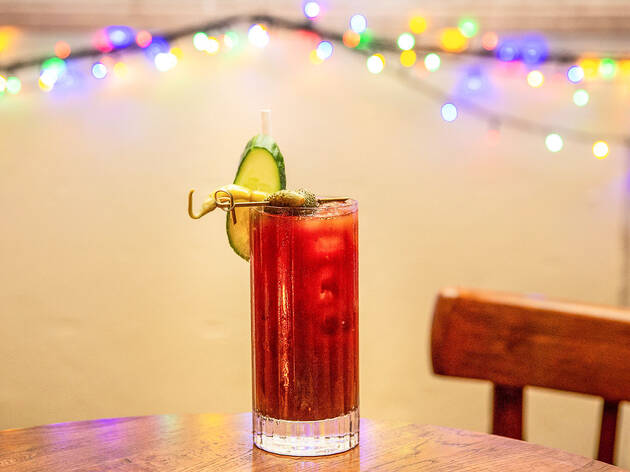 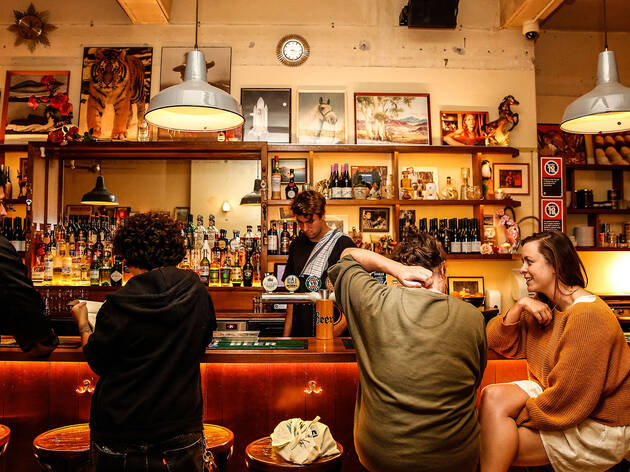 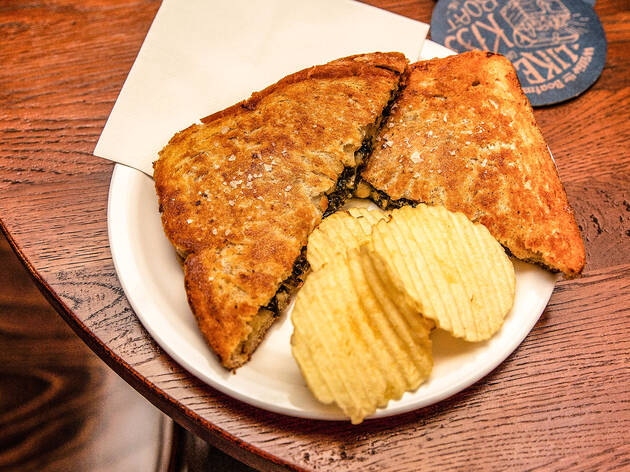 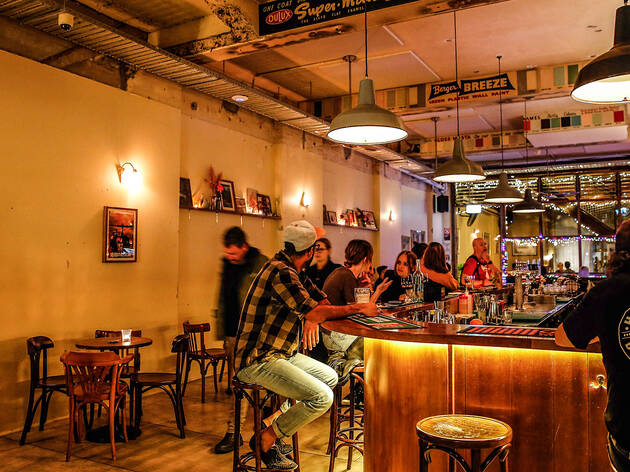 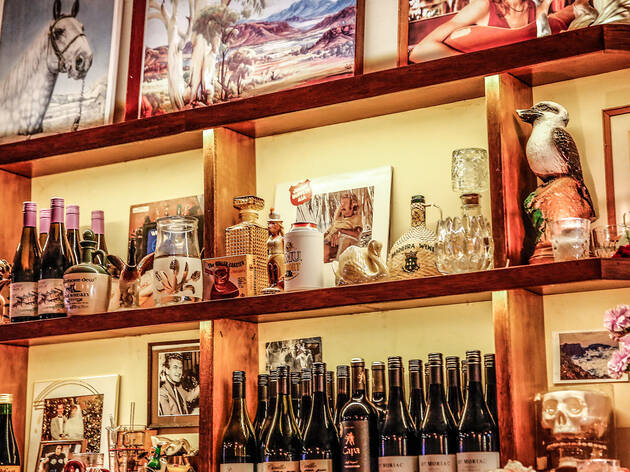 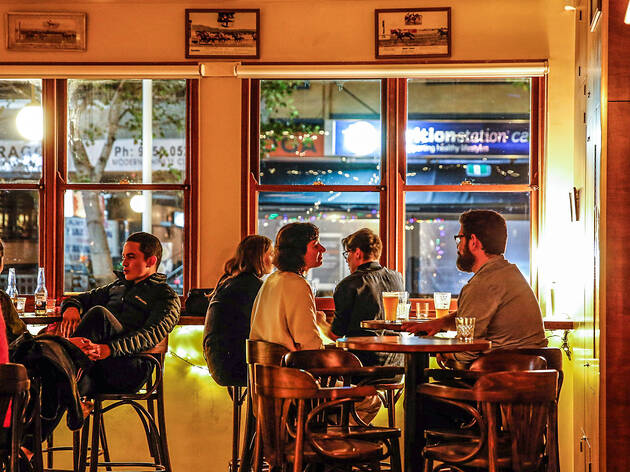 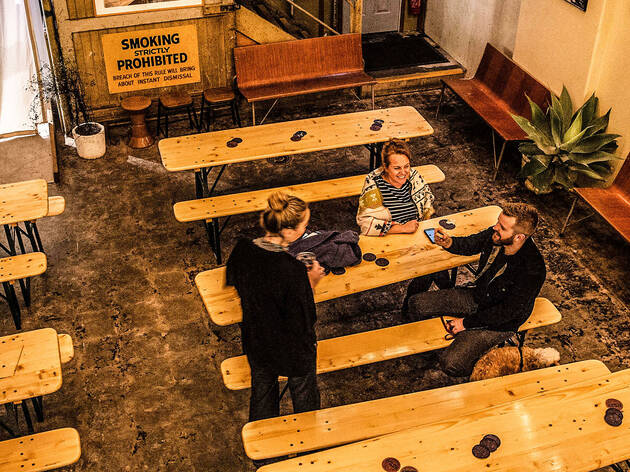 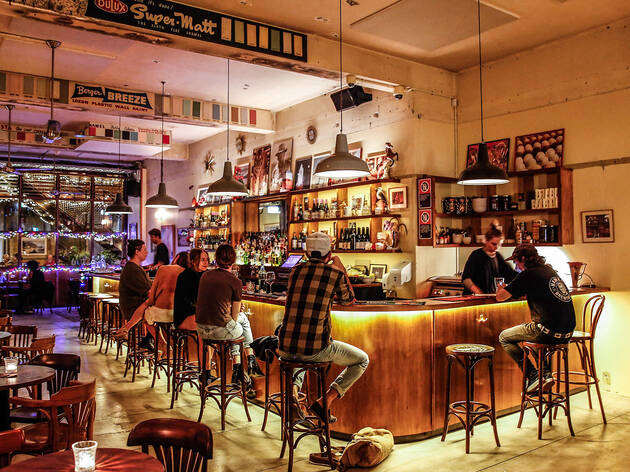 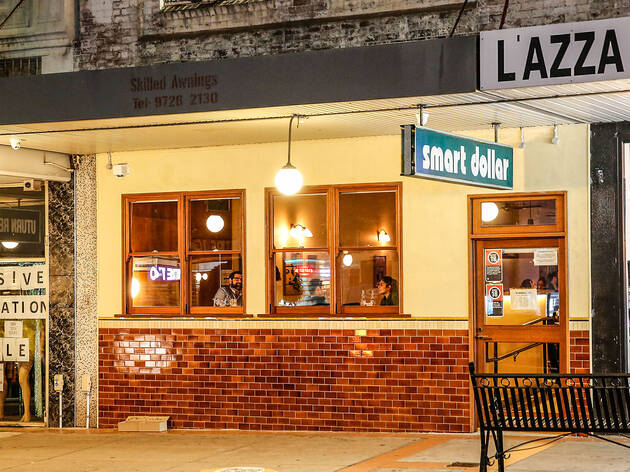 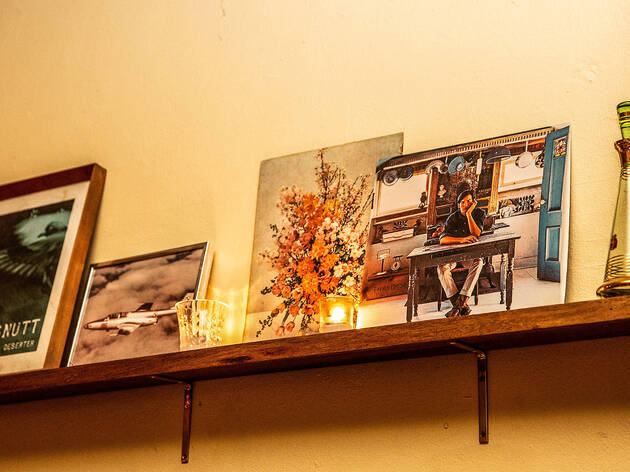 Is there a more enticing smell than buttered slices of white bread crisping up in a hot sandwich press? It's a pertinent question for anyone walking into the former Smart Dollar space on Marrickville Road that’s now home to the Marrickville Hotel.

You might also be struck by just how much the place reminds you of an inverted, updated and somewhat larger version of Redfern’s Arcadia Liquors, transplanted to another suburb. Your eyes don't deceive you – one half of the Arcadia team, Kim Fasher and David Jank, has teamed up with Redfern Continental manager Pascale Crouche-McDonald and Arcadia barman John Archinal to bring their fun-loving brand of no-frills hospitality a little further west.

Kooky bric-a-brac hasn’t taken over the joint just yet, but porcelain animals lurk in corners, faded still lifes and landscapes sit on shelves, and framed vintage photos of speedboats are hung on the walls. An L-shaped bar in the middle of the high-ceilinged room emits a soft golden glow; fairy lights beckon you to a courtyard in the back; and a general sense of easy-going fun looms large as OutKast, the Clash and New Order pump from the speakers. It already feels like it’s been here for years.

What this crew does best is boil down a bar to its essentials, keeping user-friendliness at the fore (dogs are welcome, as are children in the front bar) without sacrificing an ounce of character. There’s not a name on the straightforward list of cocktails you won’t recognise, and at $17 a pop there’s not one you won’t be able to afford, either. They’re sufficiently made (if a little on the sweet side), properly garnished and served ice-cold in handsome, sturdy glassware. The thick and meaty Bloody Mary mix is built for hair-of-the-dog sessions, and in a town where Aperol Spritz prices are starting to border on the criminal, fourteen bucks still feels reasonable (and $10 even more so, on Saturdays).

Quench your hard-earned thirst with six taps and a well-chosen handful of cans, whether you gravitate towards a VB or something from the hyper-local bumper crop of independent breweries like Philter, the Grifter and Willie the Boatman. Wines being poured, in comparison, aren’t nearly as on-trend as they could be.

As the night rolls on, those sandwich presses start working overtime, and the aroma becomes harder to resist. The three toasties offered aren’t quite as jam packed as Arcadia’s, but creamed spinach and gruyere gets the job done, especially if you treat the crisps that come with it as an extra filling rather than a side. If olives, cheeses and cured meats are more your thing, order with confidence.

Wondering what’s upstairs? It’s just toilets. “One day, a pool room, or a fishing club,” reads a sign on the way up, “but for now, just toilets. Enjoy."