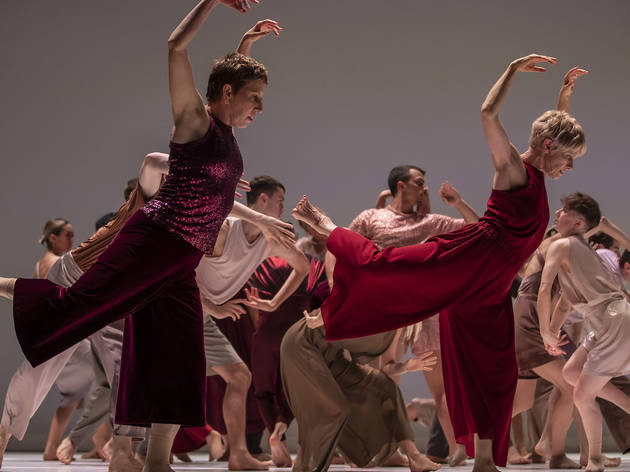 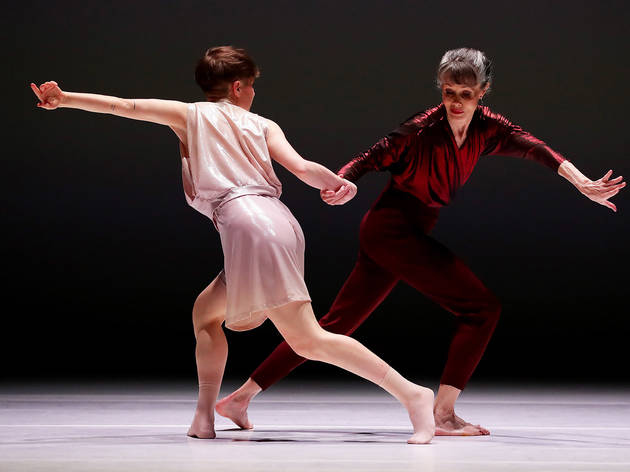 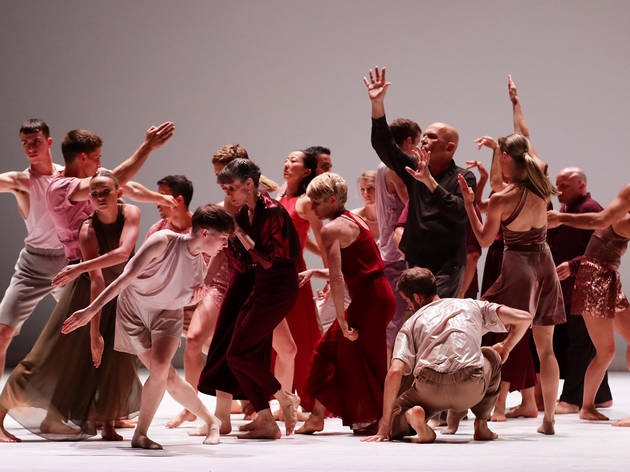 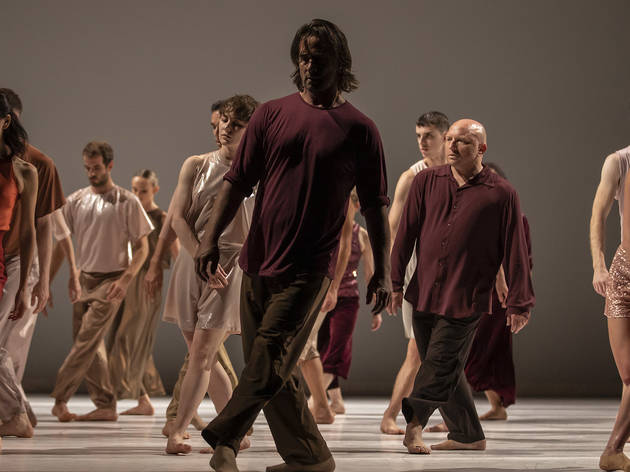 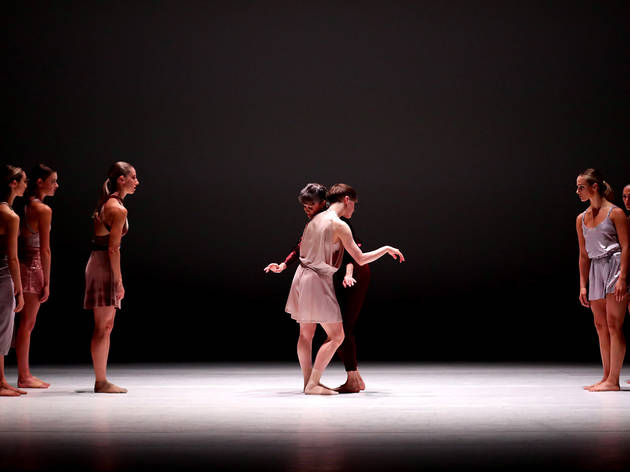 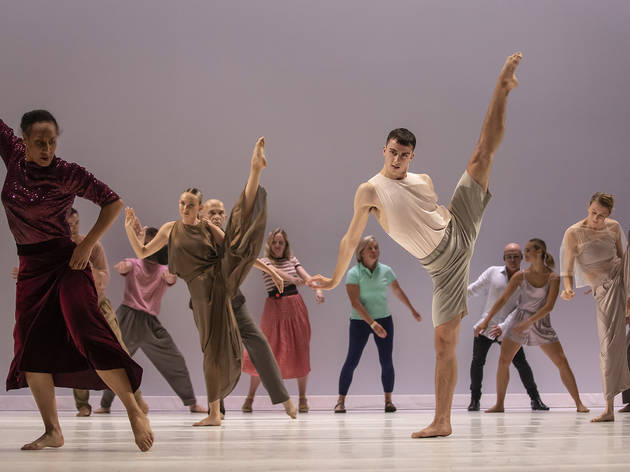 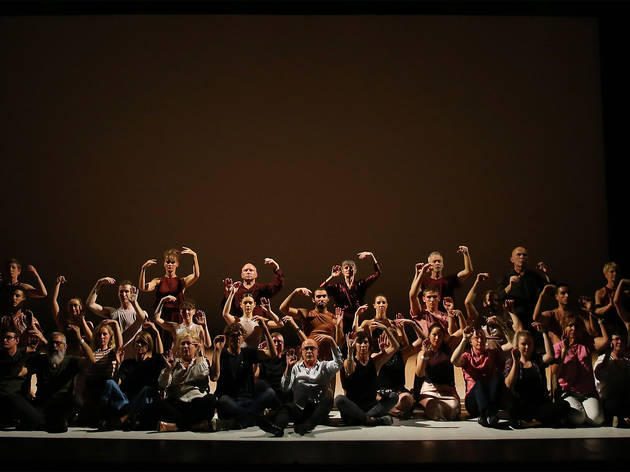 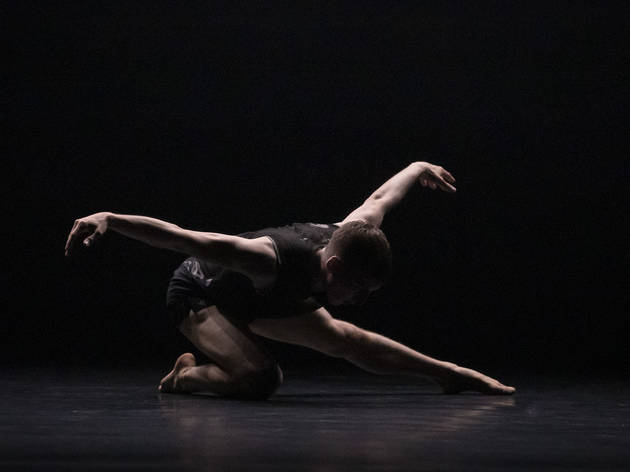 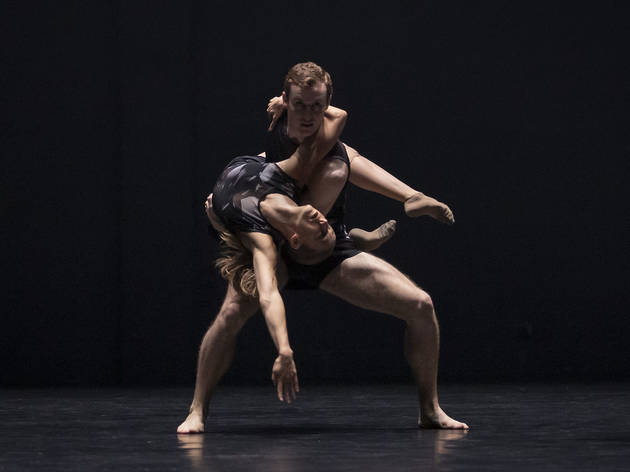 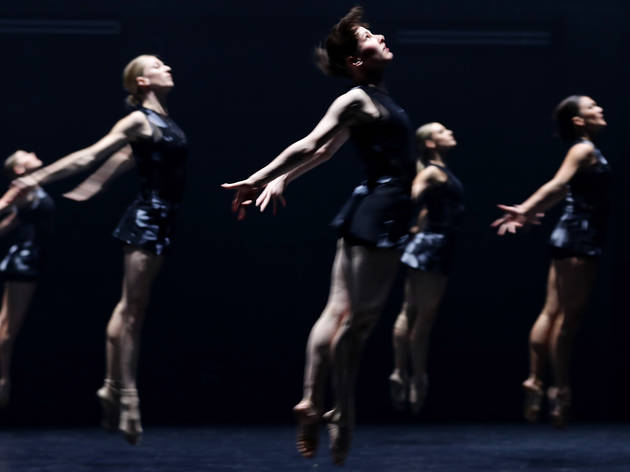 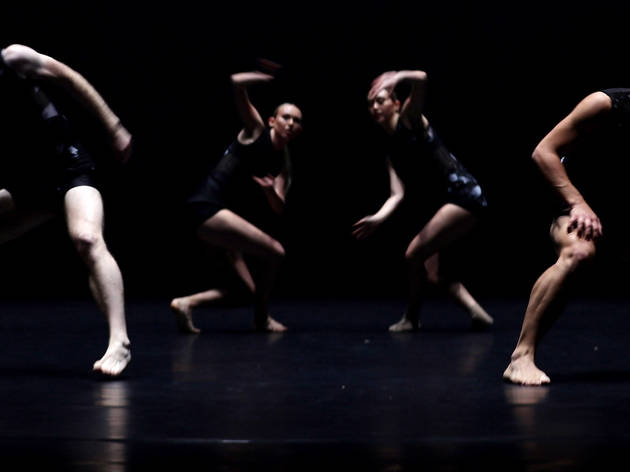 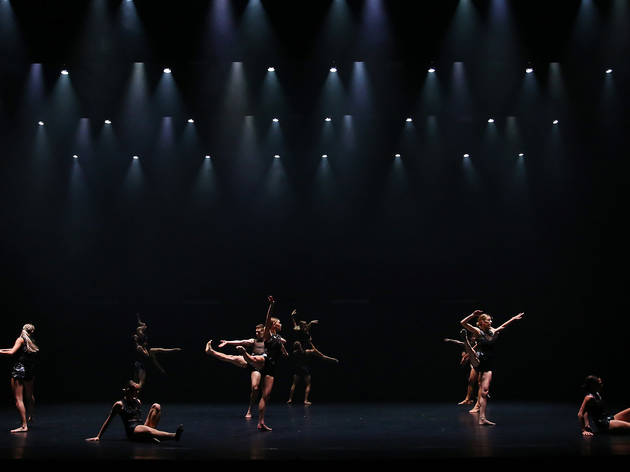 The thought of dancing, unrehearsed, on the Roslyn Packer Theatre stage in front of several hundred people is enough to make most people break into a cold sweat. Doing so with all 16 members of the Sydney Dance Company’s ensemble and ten celebrated former dancers? That could easily be an audience participation-phobe’s worst nightmare.

But it’s for a good reason that Sydney Dance Company is inviting 25 audience members on stage to perform alongside its ensemble for this week-long season: the company is celebrating its 50th anniversary.

Gideon Obarzanek choreographed ‘Us 50’, the second work in this double bill, bringing together the company’s history and relationship with its audience in a momentous way. I was asked to participate several weeks ago and told that nobody else from the media had been brave enough to take part. I don’t know if that’s still the case, but I felt it would be a fascinating experience and wasn’t going to miss out. What I didn’t foresee was how moving it would be to participate.

But before we get to that, it’s important to talk about Sydney Dance Company artistic director Rafael Bonachela’s ‘6 Breaths’, the first work in the double bill. It’s a virtuosic piece from 2010 about the very act of breathing. Set to a score of six movements for piano and cello by Ezio Bosso, the work shows the company’s dancers at their best; there are solos, duos and full ensemble sections that swing between a gently tormented lyricism and a frantic, sparky energy.

The work starts with a gorgeous video by Tim Richardson, showing a classical bust forming from flying fragments before slowly disintegrating. It’s not too dissimilar to what happens at the end of Avenger: Infinity War (it’s worth pointing out that this video came first), but it’s far more affecting.

Bonachela plays with symmetry and mirroring in his choreography, which has its trademark fluid movement punctuated with jagged edges. One of the highlights is a passionate and tormented duet between Dimitri Kleioris and Riley Fitzgerald, but the work really soars in the full ensemble moments. The score is intoxicating and perfectly matched to the movement, while Benjamin Cisterne’s lighting seems to breathe with the dancers.

But the main event is Obarzanek’s new work, which begins with 61-year-old Sheree da Costa performing a languid solo, mainly using her arms. It’s been 16 years since the former Sydney Dance Company and Australian Ballet principal has been on stage, but she remains a commanding presence. She’s soon joined by Sydney Dance Company ensemble member Jesse Scales, who watches and replicates the movement, before building on it and bringing it forward.

This is a central theme of Obarzanek’s piece: how dance is observed, replicated, evolved, and how it lives in the bodies of those who practise it. He tells this cross-generational story of dancers in a way that feels celebratory and uses an assembly of bodies to brilliant effect. The dance is less virtuosic than in Bonachela’s work (and it has to be, given it’s danced by ex-dancers and audience members) but no less impactful.

The audience members only participate for the last ten or 15 minutes of this 35-minute piece (my only criticism is that it feels a little short given the breadth of talent on stage). But being on that stage with those dancers is an enormous privilege, and one that crosses over to those not invited on stage. The audience participants are representatives of the 900 or so people in the auditorium each night.

Each audience participant is given an earpiece before the show and is fed simple instructions throughout the performance. Most are about where to stand and whom to copy, but the movement usually comes from mirroring the dancers themselves.

The relationship between audience and dancer is deepened in an extended sequence in which participants are asked to stand face to face with one of the professional dancers and replicate their movement. I ended up teamed with Lea Francis, and I felt genuinely taken care of as she led me through the movement and around the stage, kindly smiling and using her eyes to direct me into the next sequence, offering non-verbal Kris Jenner levels of encouragement.

I decided to review the show from the perspective of a participant – which is in keeping with the spirit of the project. I understood that I’d be on stage for ten minutes, and that my perspective of that part wouldn’t be the same as the audience members’, but what I didn’t necessarily count on is how the nervous energy of waiting for my cue to make my way to the stage would distract from reviewing the dance.

But it’s an experience that will stick with me for a long time. The dancers were incredibly welcoming and seemed as thrilled to share the stage with us as we were to share it with them. The movement we were directed in was very simple – mostly coordinated arm motions and moving into formations en masse to support the professionals – so I don’t think I necessarily have a career as a contemporary dancer ahead of me.

In the final sequence, suddenly the tables were turned and the audience participants found themselves dancing at the front of the stage, with the dancers behind observing and moving with us. It’s a reminder of how audiences and arts companies are in a constant dialogue, but also the cultural phenomenon of dance extending beyond what we see on stage. It’s central to our culture in ways we can’t fully understand.