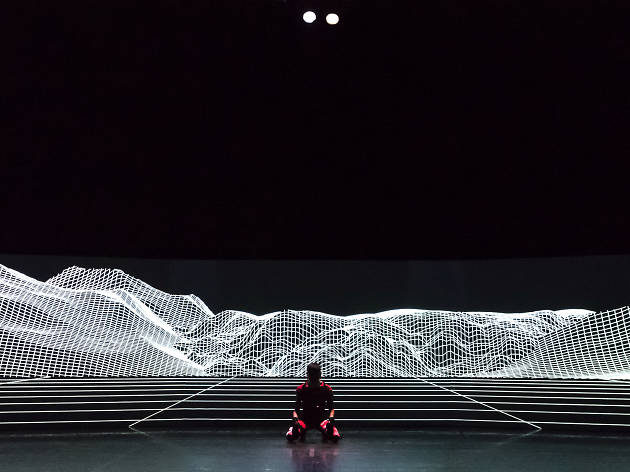 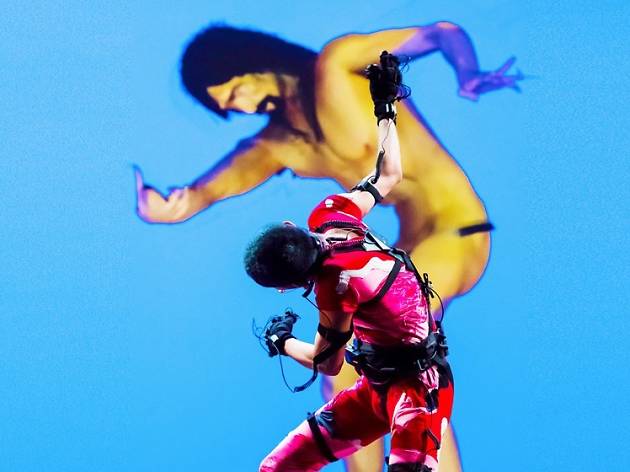 The Japanese dance form known as butoh is difficult to define. Developed largely in Tokyo and Yokohama in the late 1950s and ‘60s, it was a reaction against traditional Japanese dance and the western forms that were becoming increasingly popular in Asia, and it is typically darkly funny and grotesque. It’s come to be performed in white body and face paint, and is defined by slow, stylised, hunched movement.

But it’s also a form that’s said to be defined by its very rejection of definition. That makes it particularly fertile breeding ground for experimentation and innovation, which is what Singaporean artist Choy Ka Fai does in his fascinating multimedia performance piece Unbearable Darkness, playing as part of this year’s Liveworks festival. The performance covers Choy’s research into Tatsumi Hijikata, one of the founders of butoh, whose spirit is counted as a collaborator in this piece. Early in the performance, we see footage of Choy interviewing the spirit of Hijikata through an ikato (a Japanese shaman), and inviting him to collaborate on this work.

The bulk of the performance features Neji Pijin performing butoh, covered in motion sensors. On a large screen at the back of the stage, several avatars appear, brought to life by Pijin’s movement. They represent Hijikata at different stages of his life and career – and eventually in an imagined future – and are pushed to their limits by Pijin’s movement. As his movement becomes more twisted and intense, the avatars start to fracture and fall apart in disturbing ways.

Pijin is joined on stage by Rie Usui, who appears as a futuristic shaman, chanting and joining Raffael Seyfried’s electronica score, which augments the darkness inherent in Pijin’s dance. The visuals, designed by Brandon Tay and directed by Choy, are completely engrossing – smashing together all sorts of influences to create computer-age dance forms with a healthy dose of humour. Ray Tseng’s lighting, in particular, helps conjure up an appropriately ghostly vibe, eerily revealing parts of the performance space and venue that are usually unseen.

And that’s what makes this performance such a rich experience – the way that it feels as earthly as it is spiritual, and as deadly serious as it is playful. It’s boundary pushing, but the artists are always entirely in control of exactly where those boundaries lie. And in that sense, it’s entirely in keeping with the principles and traditions of butoh.