Small but perfectly formed, this micro-hotel is a shining example of how to do a lot with a little

The recent boom in tiny house accommodation around regional NSW has proven that tight spaces don’t have to scrimp on creature comforts. But if you needed yet more proof that small can still be mighty, the Little National is a shining case in point.

The Little National perfected its combination of upmarket finesse and petite chic in Canberra, where its flagship hotel offers something out of the ordinary. The super king bed in each compact room fits snuggly against a large picture window, offering guests stunning views of the Capital Circuit while tucked up in bed.

The brand has repeated this signature in its purpose-built 230-room Sydney hotel, which sits atop the Wynyard Station complex, a stone’s throw from the Barangaroo precinct, Martin Place and Circular Quay. Where the Emerald City’s Little National differs notably from its ACT cousin, however, is the quality of the view; no pleasant lawns or corridors of power to speak of, just nondescript glazed office blocks, and the odd sliver of Darling Harbour in the distance, if you’re lucky. However, while they might not have pretty vistas in their favour, there’s plenty else to love about these bougie boltholes.

The bathrooms, diminutive as they are, make savvy use of their limited space, with roomy rain-head showers and a generous vanity. Lighting and temperature conditions are at a guest’s fingertips, via the room’s handy tablet, which also offers access to hotel information, tourist tips and concierge services. Luxury touches, such as faux-mink bathrobes, complimentary movie access and Appelles Apothecary and Lab toiletries, plus other little perks like in-room T2 tea service and the Little National’s own in-house newspaper, make the rooms feel cosy rather than cramped.

The Little National doesn’t have its own kitchen or restaurant, which would usually be a significant shortcoming. However, in a masterstroke of problem-solving, the hotel has partnered with Uber Eats to create a room-service menu that spans the entire CBD. Orders via the food delivery service – which includes restaurants at Merivale’s Ivy building and many eateries around nearby Barangaroo – can be delivered to reception, before being brought directly to your room by hotel staff, complete with sustainable disposable plates and cutlery.

With dinner sorted it’s time for a drink, and for that, the only way is up. The Little National’s crown jewel is its superb rooftop bar and lounge. Sure, the views don’t fare much better than the rooms’ – this corner of the CBD isn’t Sydney’s most picturesque, unfortunately – but thanks to its timber-decked balcony, tropical planting, and the plush, extremely well-heeled furnishing, the lacklustre skyline is easily forgotten. This is a refined, sophisticated space to unwind in after a day of sightseeing, or the ideal spot to start the night with a few cocktails at sunset. Drinks services run until 10pm Monday to Thursday, and until 1am over the weekend – and you can even access beverages on-demand in your room, by accessing the ‘virtual mini bar’ via the in-room tablet. Even after the bar staff clock off, the lounge areas remain accessible 24 hours a day, where guests can help themselves to complimentary self-service tea and coffee.

Much about the Little National’s vibe and location will appeal to the leisure traveller, but the hotel also has corporate clients in its sights. Adjacent to the lounge is the ‘library’ – a small business centre and working zone, where guests can access printing facilities and desk space. Fitness-conscious visitors can also take advantage of the Little National’s surprisingly roomy gym, which must rank as one of the most well-equipped hotel fitness rooms in the city, featuring top-of-the-line hardware including Technogym resistance machines and free weights.

All of these carefully considered facilities and thoughtful mod-cons speak to the Little Nation’s guiding philosophy, which aims to hero local culture and wellbeing. The architects and design team have not merely crafted a functional hotel, but a place that actively flexes to a guest’s mindset. As soon as you ascend from the hustle and bustle of street level to the bright, uncluttered reception, there’s an air of quiet calm. The check-in process, via touch screen, is intuitive and stress-free. Rooms are styled with serene simplicity: crisp white linens, timbre finishes, and a muted palette to create a soothing space. By contrast, the communal spaces sport richer tones of maroon and charcoal to up the swagger and remind you exactly where you are: in the heart of a dynamic, thrilling city that’s just an elevator ride away.

Maxim Boon stayed as a guest of the Little National. 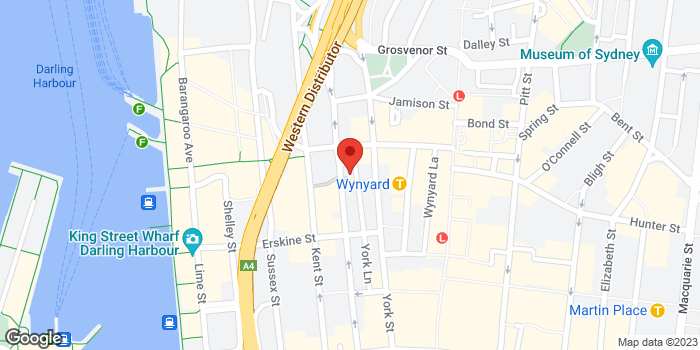