Learn about Jewish culture and community, the Holocaust, and human rights at this stunning Darlinghurst museum

The Sydney Jewish Museum is a beautifully and respectfully curated space that humanises history and invites visitors to look at the present with new understanding. The design of the building leads your journey. Passing through the unassuming heavy doors on Darlinghurst Road, you first enter a war memorial with stained glass windows that leads through to the first level of the museum where a gigantic Star of David made from Jerusalem stone is inlaid into the floor. This symbol of Jewish faith and identity is reflected on the four mezzanine levels that rise above it.

On the crisp white surfaces around this star-shaped central void are a series of names. Some are of the Holocaust survivors who established the museum, while others are the names of Holocaust victims. For Dr Rebecca Kummerfeld, the museum’s head of education, this powerful memorial holds a very personal significance. One of the names on the wall is ‘Rivkah’, her Hebrew name.

“I am named after my great aunt who was murdered in Poland in 1942. It is a Jewish tradition to name your children after those that have passed away, especially in Eastern European Jewish tradition. For me it is about remembering. It is about bringing her to life every time I speak her name, my name, but it is also about action. Being named Rivkah, or Rebecca, means that I should change the world because of this woman who never got to finish her life in its natural way. Because her life was cut short, I should make sure that other people don’t have that cut short.”

There is a misunderstanding that the Sydney Jewish Museum is only meant for Jewish people to visit, or only of interest to WWII buffs. In reality, the museum’s mission is to make history accessible through the lens of the Jewish experience, and in doing so, help us to understand our present.

The ground floor exhibits showcase local Jewish heritage and history, with a focus on Australia and the Sydney Jewish community. As you follow the stairs up from the central atrium (there is also an elevator for anyone with limited mobility), the next exhibition visitors come to explores the Holocaust and the Nazis’ attempt to murder the Jewish people. From here, the view of the central Star of David is obstructed, as if to convey the fragmentation of Jewish culture during its darkest chapter.

As you ascend to the very top of the museum there is an exhibition on the rebuilding of Jewish life, and from this vantage point you see the central symbol resolve and come together again, symbolising the resilience of the Jewish people. The final exhibition, The Holocaust and Human Rights, brings the museum’s story into the present, focussing on some of the key human rights issues facing Australia today – including the rights of aslyum seekers and refugees, people with disabilities, Aboriginal and Torres Strait Islander people, and the LGBTQIA+ community.

“The point of this museum is to bring a human experience and to tell the stories of individuals,” explains Dr Kummerfeld. “Ultimately facts and figures are meaningless, we can’t relate to them. You can read the data on the internet. What you can do here [at the museum] is understand how this history impacts people and how it transforms lives through personal stories. I don’t think there’s another way really to relate to history and to understand its meaning in the present.”

The building itself was established after World War 1 as a community hall and space for social welfare for the Jewish community as well as Darlinghurst locals. It was a venue for weddings, bat mitzvahs and bar mitzvahs, Sunday dances, and a soup kitchen. It wasn’t until 1992 that the space would be repurposed as a museum. The idea came about in the late ’80s when a group of Holocaust survivors in Sydney, members of the great diaspora of European jews who made homes in countries all over the world following the war, decided a place was needed for Sydney’s Jewish community to share their stories. The establishment of the museum also responded to a wave of Holocaust denialism spurred on by a prominent court case against discredited British historian and Nazi apologist David Irving during the 1990s. The museum has had some notable facelifts since – among them, the new exhibition on The Holocaust, which opened in 2017 and the Human Rights exhibition, which opened the following year.

Some 45 Holocaust survivors still regularly volunteer at the museum and during times when physical distancing is less prohibitive, they run tours and speak with visitors about their experiences. Olga Horak can point to the blanket she used to shelter her emaciated body during the liberation of Bergen-Belsen in 1945 (which she later discovered was woven from human hair), George Grojnowski can point to the striped jacket he was made to wear when he was interned in a Nazi death camp.

When tours are on pause, visitors can still download the SJM Voices app which uses an internal positioning system to explore the story of the Holocaust via the first-person testamony of those who actually lived it. The museum is continuing to use new technologies to connect people with its founders and the extraordinary history they embody. Dr Kummerfeld is not only compelled to carry on her great aunt’s legacy, but she also feels the privilege of being amongst the last generation to work with living Holocaust survivors: “For me, my action is education and to hopefully send many people out into the world asking questions and being critical of the media they observe and how to read it with a critical eye, and to ask important questions.” 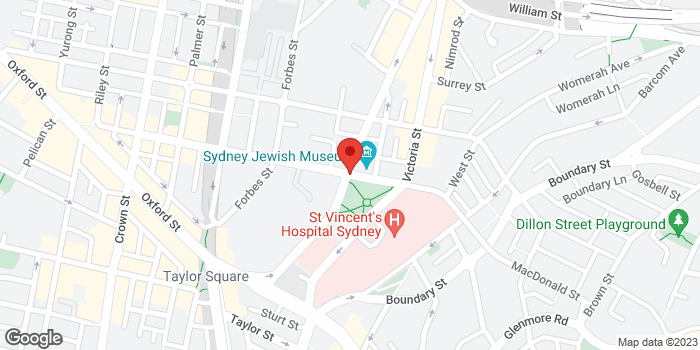