Music, Funk, soul and disco
Recommended
4 out of 5 stars 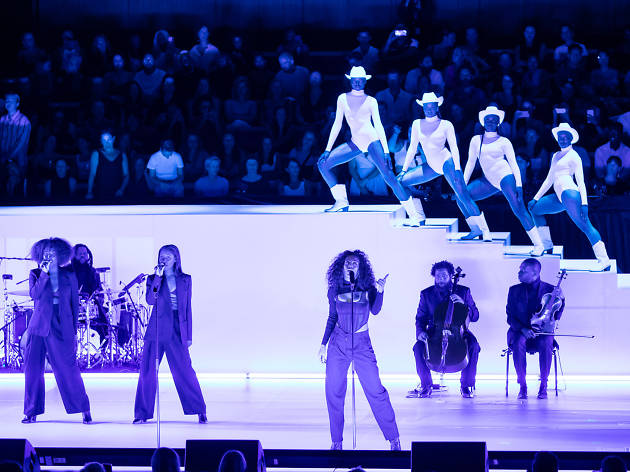 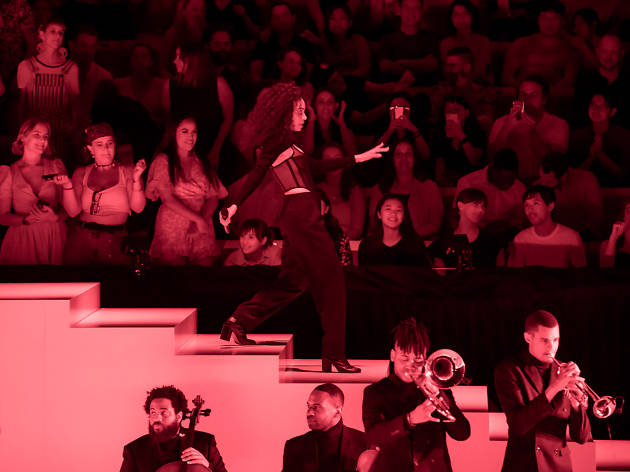 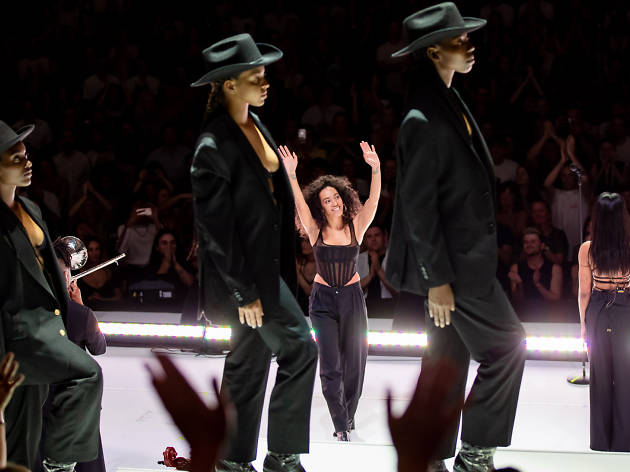 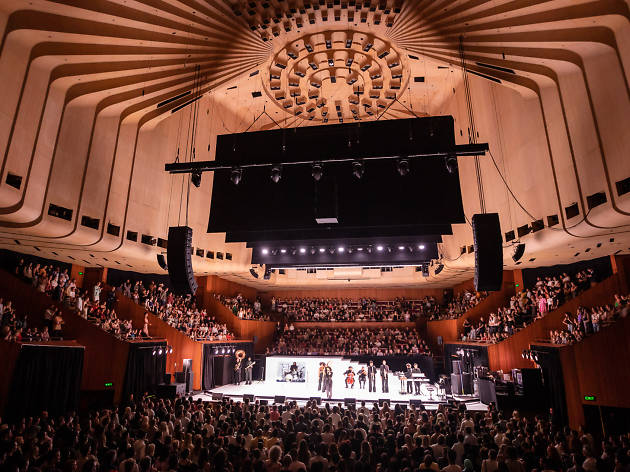 As the Sydney Opera House prepared for years’ worth of renovations, one woman’s vision proved to a fitting way to herald a new beginning for an iconic venue

Solange Knowles is a different woman to the one audiences first saw traipsing these famed boards in 2018.

Transition and transformation of the spiritual and the emotional senses have played integral parts in the American artist’s life in the nearly two years that have passed between visits, the result of which Sydney audiences could witness during this most recent residency at the Sydney Opera House.

I was lucky enough to have seen Solange’s debut at this venue back in 2018. Touring her unique production of A Seat at the Table, the energy conjured and harnessed throughout that performance was tangible. On Friday night, somehow managing to have fluked front row tickets, I found myself directly within the immediate influence of one of contemporary music’s most recognisable yet intriguing names. That energy remained, yes, though this show felt like I was being exposed to Solange’s artistry for the first time all over again.

Solange Knowles, the artist that stood before us now, was a woman who was fearlessly in charge of an artistry in flux. Because of it, she is creating some of her best and most impactful work to date.

Not unlike A Seat at the Table, Witness! - the name of this particular production - is more performance art piece than straight-to-the-tee concert. Everything, from her dancers' costuming, to her band’s choreography and the newly composed suite ‘Bridges’, pointed towards Solange’s creative process shattering, then rebuilding with precision.

The music taken from A Seat At The Table and the more recent When I Get Home record offered the audience a chance to experience her material through a different lens.

Heritage and strength in culture has always remained a constant within Solange’s repertoire. Nods to her Texan upbringing could be found in the details: the cowboy hats and boots worn by her dancers; the lassoing of her microphone. Her hip hop roots in the Dirty South also peeked through – well-placed twerks and slow grinds matched up perfectly with the more club-ready portions of her material.

Tinkering with arrangements gave the show a more intimate vibe. ‘Way To The Show’ became sexier with the lo-fi R'n'B beats given more prominence. ‘F.U.B.U’ and ‘Don’t Touch My Hair’ reminded the audience that her story was also shared with many women of colour in attendance. ‘Stay Flo’ and ‘Binz’ felt like indulgent daydreams, realised with a strong brass and bass line as their backbone.

All the strength that was demonstrated in her 2018 shows was both present and rejuvenated. Yet, in Solange’s vocals, a touching vulnerability and a genuine sense of adoration for the nuances of her craft shone through. Not knowing what the future holds was a sentiment Solange shared with the audience during the show, but her delivery of the production never faltered. The carefree grin that broke out across her face numerous times throughout the 90-minute performance was infectious. Each time she connected with the audience in this unique in-the-round setting further enhanced the intimate vibe of the show – no easy task in a room as large as the Opera House's concert hall.

Witness! - a production so rooted in personal strength, femininity and black excellence - staged at a venue so synonymous with the white middle and upper classes, is just the type of show the Sydney Opera House needs to further bring it into a new decade. A catalyst for provocative thought and conversation, Solange is not just a champion for individualism in contemporary R'n'B. She is a leader.

Though she had been writing and performing since childhood, 2018 was definitely a year when Solange seemed to step into a new spotlight of her own. But seeing her in 2020 was a whole new experience; her vision as a creative has entered a new era, one marked by confidence in identity and control over one’s own narrative. As it should be.