Things you only know if you’re Guide Dog puppy raisers

... according to Nathan Brooker, 30, and Georgia Pretty, 26, who are raising their first Guide Dog puppy, Mac.

You need to have time
Georgia: “They say you can’t leave them alone for more than four hours. Nate works from home so that’s what made it possible for us to have Mac. He goes to trainings every week.”
Nathan: “We're teaching them how to sit, how to interact with other dogs, and then we get homework. You’re not training them to be Guide Dogs yet, you’re training them to be good, obedient, loving dogs. Everyone’s like ‘oh I thought you couldn’t touch them’, but they’re just a normal dog for now. They’re your dog, you love and care for them.”

Guide Dog pups come from a special breeding program
Georgia: “Mac’s very soulful, has a beautiful temperament, and he is very playful and emotionally intelligent. Most labradors are food first and sort of everything else comes second, but Mac’s love first.”
Nathan: “I was sick the other day and he laid there next to me the whole day. Even at the vet, he just sits there and lets them do whatever they need to do. For a lab puppy, that’s just unheard of.”

Raising a Guide Dog is much cheaper than a regular puppy
Nathan: “Two of our friends just got a dog and they’re like ‘holy shit, it’s just so expensive.’ But with Mac, Brett – who’s the Guide Dog trainer – asks us every week what we need, from leads to food, to tick, flea and heartworm medicine, so it’s all provided.” 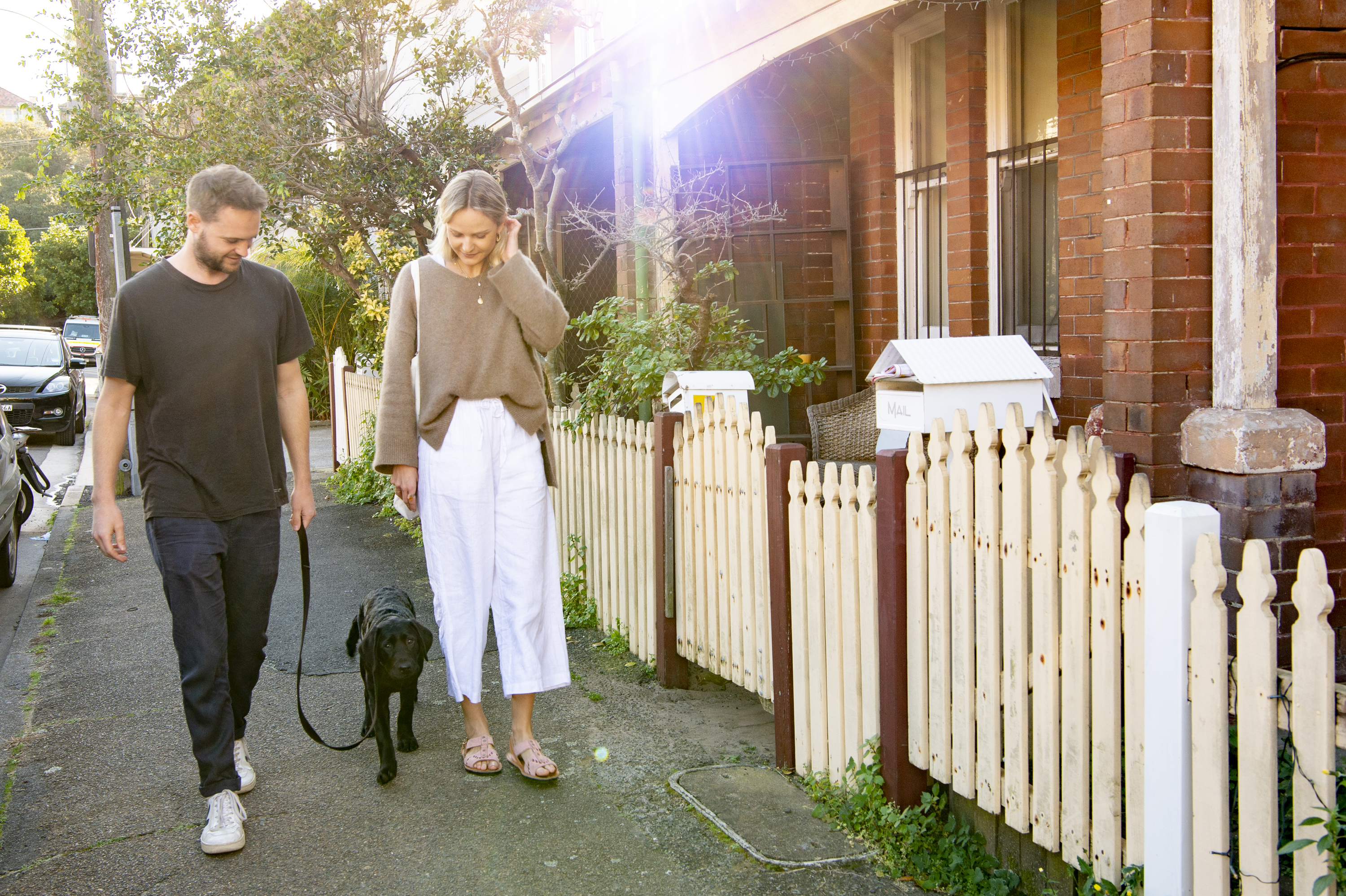 There are a few rules
Nathan: “In dog parks you’re not allowed to let them off the lead. I think that’s partially because he’s small and especially as a puppy he’ll jump up and play with any size dog.”
Georgia: “We bought a sofa right before we got him, and I think we sat on it all of two times because they’re not allowed on the furniture, so we just sit with him on the ground.”

You don’t have to have a huge house or yard
Georgia: “[Guide Dogs NSW/ACT] come and assess your place, and they said the biggest thing was actually safety, so that he couldn’t get out and escape easily. I think we were nervous about the apartment; we didn’t have a big house and a big garden, maybe he wouldn’t have enough space to run, but actually it’s really fine. We’re on three levels so that’s quite fun for him and we just take him out a lot. Being a puppy, he is very playful, but he also tires easily. We take him for a walk in the morning and he’ll crash out.”

You’ll meet your pup when they’re about eight weeks old
Nathan: “We put ourselves in a mindset from day one that we’ve got to give him back [at 14 months]. I don’t think you get used to it. It’s sad because you fall in love with them so quickly, but you know it’s for a good cause, so it makes it feel a little bit better.”
Georgia: “I think it’s something that you’ve got to have in your head the whole time, not that he’s not yours, but that you’re raising him for someone else."

Find out more intriguing facts from an SES volunteer, a couple of gig buddies and a dugong keeper.