If you’ve caught the ferry to Taronga, Manly or Watsons Bay, you’ll have cruised past the tiny harbour island of Fort Denison. However, for more than five years, this has been about as close as anyone has been able to get to the heritage-listed site. Now, bold plans to revitalise Fort Denison and return visitors to its shores have been revealed. The 1857-built fortress is set to be transformed into a plush new restaurant and bar, which will be serving its first patrons by late 2022.

Fort Denison – also known as Pinchgut Island or by its Eora name, Mudda’wahnyuh – is a former defence outpost used to guard the inner harbour. In recent years it has also taken a turn as a heritage destination and restaurant, run by the state’s National Parks Service, though it has been closed to the public since 2017.

The Berejiklian government announced on Friday, May 28, that hospitality operator the Point Group had won the tender to run the island's new venues. Plans for the facelift include two dining pavilions – one for a seated service and another for casual dining – with a combined maximum capacity of 400 patrons. The Point Group, which also manages the popular Surry Hills pub the Dolphin, intends on laying on all-day service at its new harbour eateries, operating from 7am until midnight, seven days a week. Parts of the historic former barracks are also due to be restored and will be open to the public to tour, as well as being available for private dining and reception bookings. 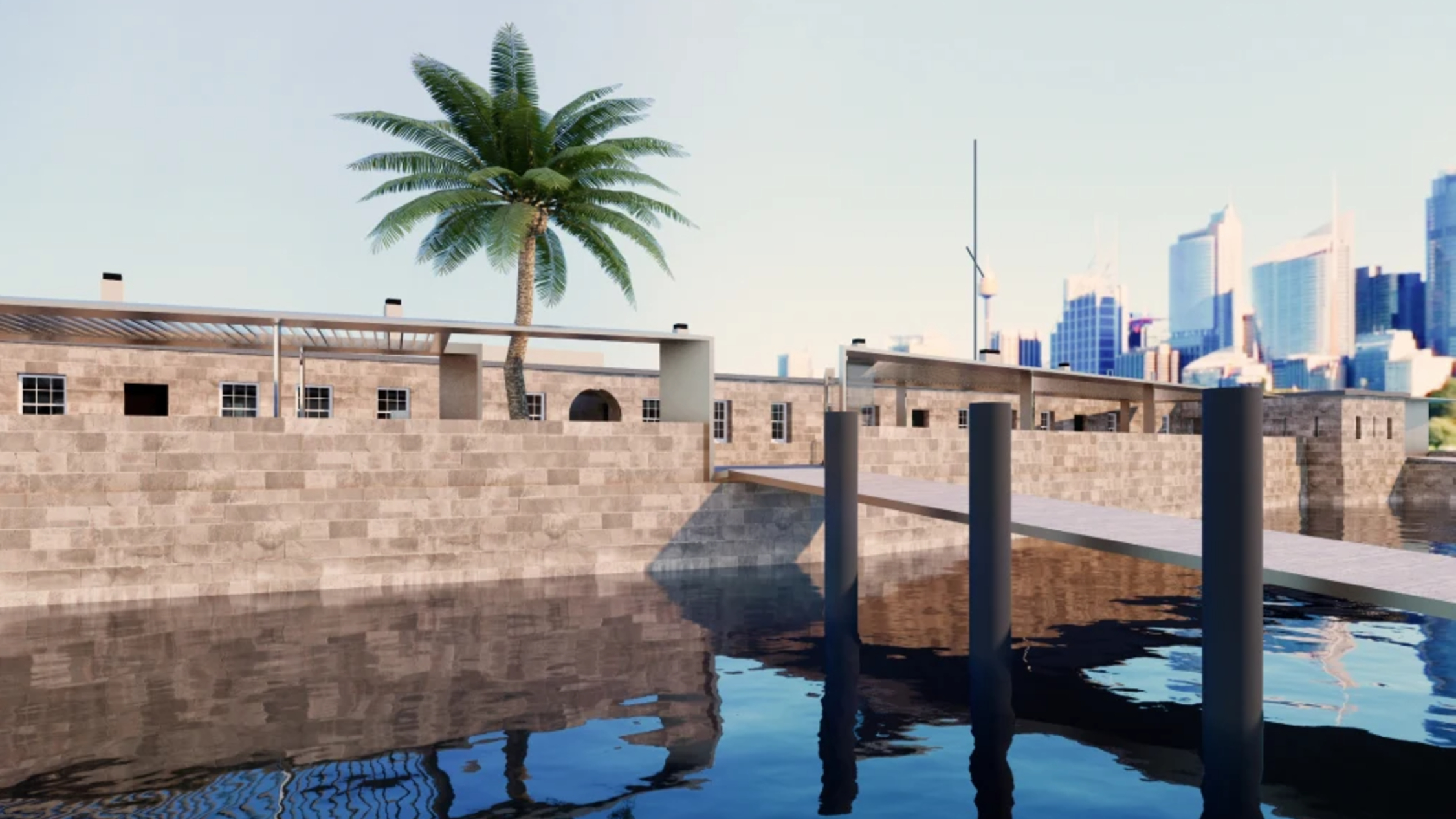 A render of the Fort Denison upgrades | Photograph: Supplied

The current timber wharf, built in the 1940s, is due to be replaced with a modern ferry terminal that will be able to handle the substantial increase in visitors. Stops at Fort Denison will be added to existing ferry routes to ensure there are regular services to and from the island.

While plenty of careful attention will go into making sure Fort Denison’s upgrades meet the high expectations of Sydney diners, there will also be an emphasis on preserving the heritage character of the site during its redevelopment. The project is being overseen by the former chairman of the Heritage Council of NSW, who will be ensuring all-important heritage features are preserved and updates are executed sensitively. Part of the efforts to acknowledge the island’s history will see the return of the ‘one o’clock gun’, a firing of a cannon every day at 1pm, which was once used to let ship captains anchored in the harbour know the time.

Check out these amazing plans to return Cockatoo Island to its pre-colonial splendour.