Legislation can change a lot about a city – very quickly. We saw it with the introduction of small bar licenses, and we've seen it again lately with Sydney's lockout laws, introduced in 2014. These laws mean that all venues within Kings Cross, Darlinghurst and the CBD 'Entertainment Precinct' cannot take new customers after 1.30am, and must call last drinks at 3am. State-wide, you cannot buy takeaway alcohol after 10pm (yes, even posh wines).

These laws were created in response to alcohol fueled violence in Sydney, and in particular, two fatal incidents. While the rate of alcohol related violence has declined in lockout areas since the laws were passed, there have been other, unintended consequences. 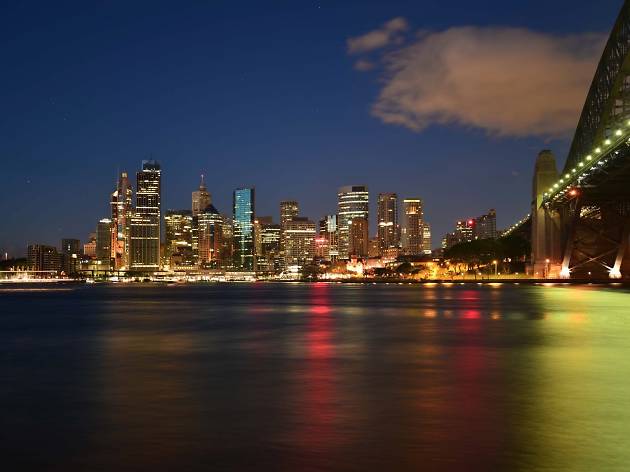 Where we're at now 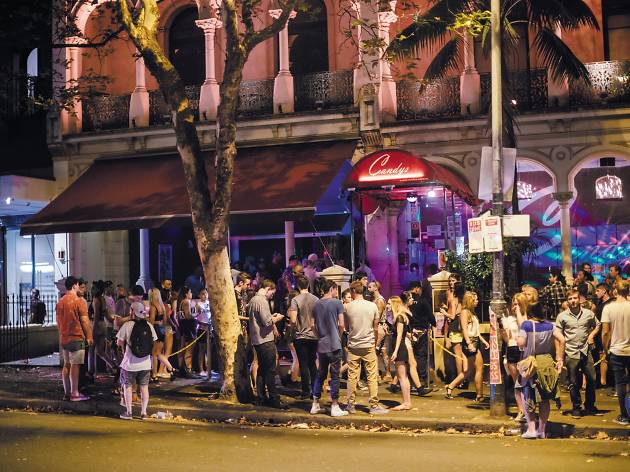 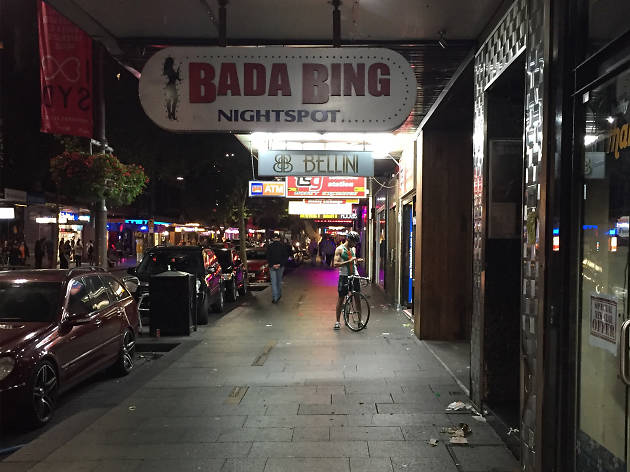 My last night in the Cross

I stayed in Kings Cross till 3am on Mardi Gras. Never again. 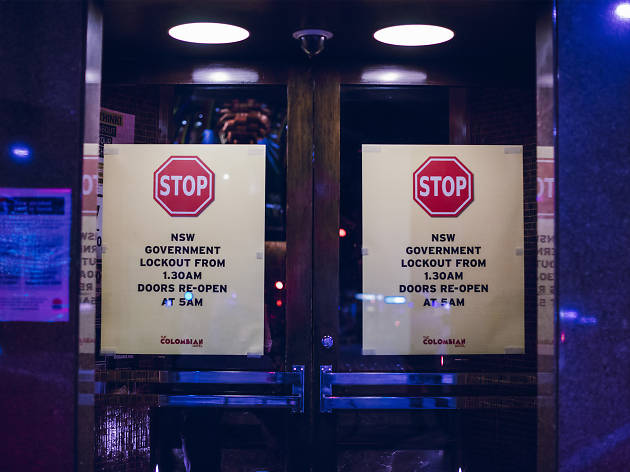 Sorry, but we told you so 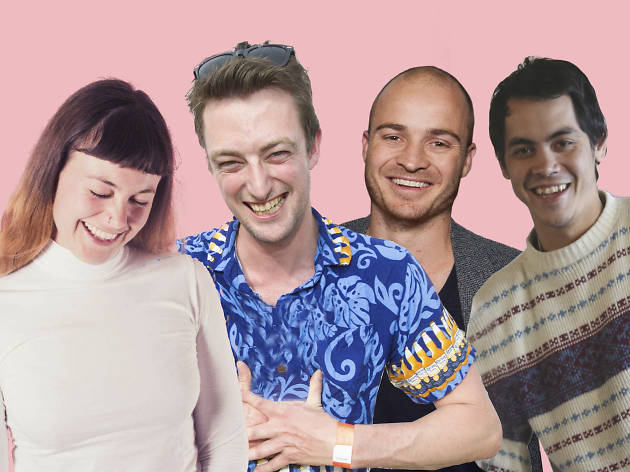 Why I moved to Sydney 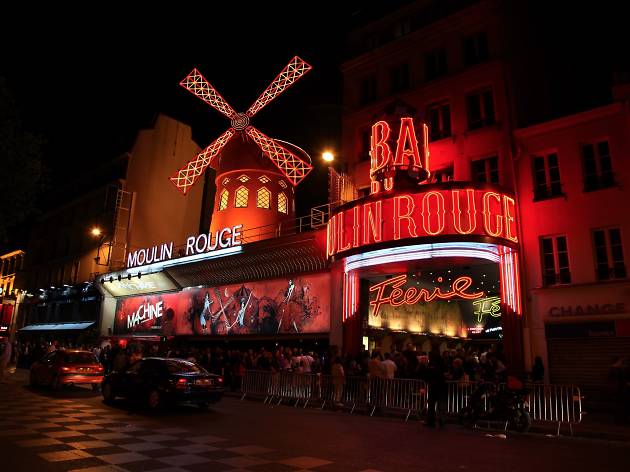 Locked out all over the world

What would happen if lockouts came to your city? 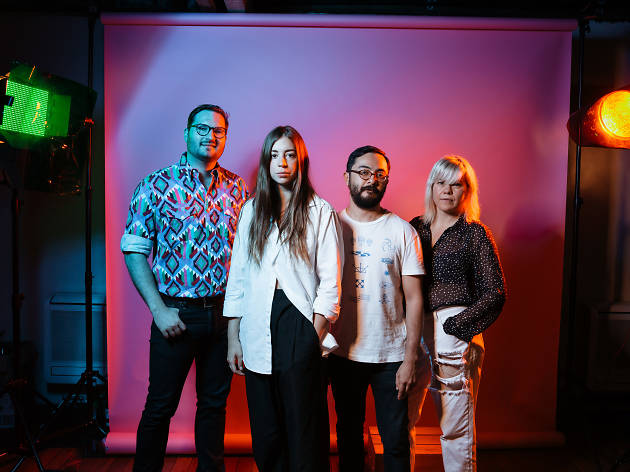 Sydney’s nightlife scene has shifted dramatically since the controversial lockout laws were first imposed in March of 2014. The changes have been felt in a myriad of ways for punters, promoters, partygoers, DJs and musicians and, most visibly, the venues. Since Time Out initially reported on reforms, the Flinders, Soho, Trademark, Q Bar, Hugos Lounge and the Backroom have all closed.   The lockout laws were introduced in March 2014 by the state government in an attempt to curb alcohol-fuelled violence, following a number of fatalities. The suite of reforms mainly have affected the ‘entertainment precinct’, which stretches across the CBD, Surry Hills, Darlinghurst, the Rocks, Kings Cross and Cockle Bay, and include 1.30am venue lockouts, the 3am cessation of alcohol service at bars, pubs and clubs and the state-wide take-away alcohol must not be sold after 10pm. As a result the laws have affected the way Sydneysiders go out… What were once bustling nightspots are now much quieter, there’s been as dispersing of revellers to the fringes of the city, and generally there is a lot less positivity towards late night culture in what could and should be a vibrant and functional, 24 hour city.   Tyson Koh is someone who’s entrenched in music and nightlife in Sydney. The producer and programmer of the ABC’s long-running Rage, Koh also DJs and has thrown a few parties in his time. He heads up the alliance Keep Sydney Open, which is fast gaining momentum.   “We’re aiming to get publ 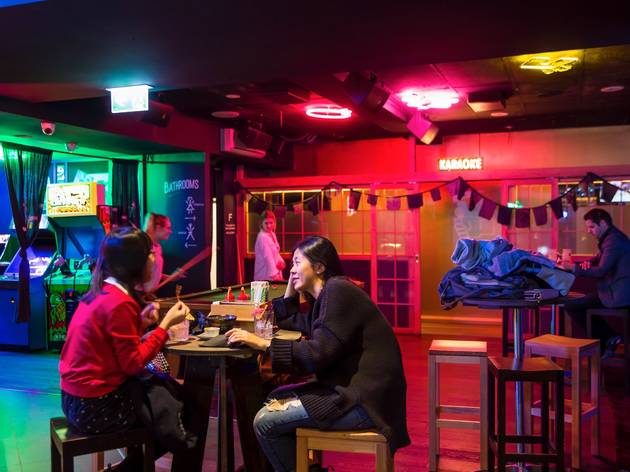 Late night venues without a lockout

Sydney, the lock-out laws are now in place: no entering a venue in the designated CBD and Kings Cross areas after 1.30am and no booze after 3am. But outside those areas there are plenty of late-night options in town to keep your evening rolling along. Here are our picks. 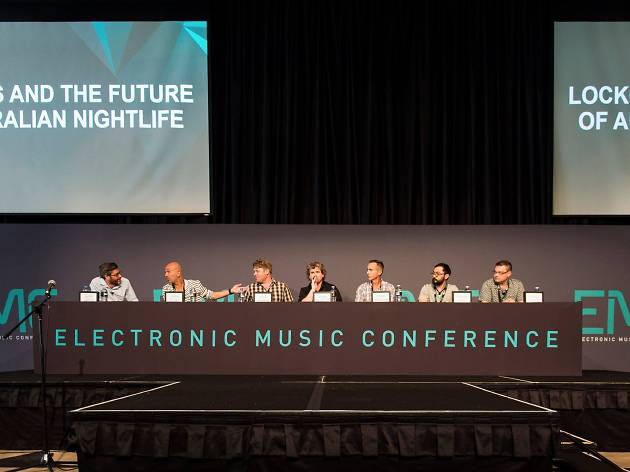 Key industry figures at both the Electronic Music Conference and the Australian Hotels' Association NSW Awards have spoken out strongly against the lockout laws. Although the two events were unlinked – the AHA Awards took place at the Star and the Electronic Music Conference at Ivy in the lockout-affected CBD – leading speakers at both were united in their condemnation of the licensing law reforms. Bruce Solomon, the hotelier behind the Solotel portfolio which includes Opera Bar, Goros and the Kings Cross Hotel, criticised the changes during his speech while being inducted into the AHA Hall of Fame at the awards, The Sydney Morning Herald reported. Over at EMC, a high-power panel representing the Australian electronic music industry tackled the lockouts and their effect on the future of Australian nightlife. The line-up, including Tyson Koh (Keep Sydney Open), Simon Digby (Melbourne Licensee’s Forum Steering Committee), Daniel Michael (HQ Complex), Nick Braban (Our Nightlife Queensland), Dean Ormston (APRA/AMCOS) and John Wardle (Live Music Office), emphasised the importance and cultural significance of city nightlife and sought to unify the voices of the music industry on the issue. “The electronic music scene now needs to organise itself, come to the table and work with the Live Music Office and other bodies – as well as to strengthen its response to the lockouts," Keep Sydney Open's Koh said. "Finding a way forward incrementally is a long game," John Wardle added. "Wha 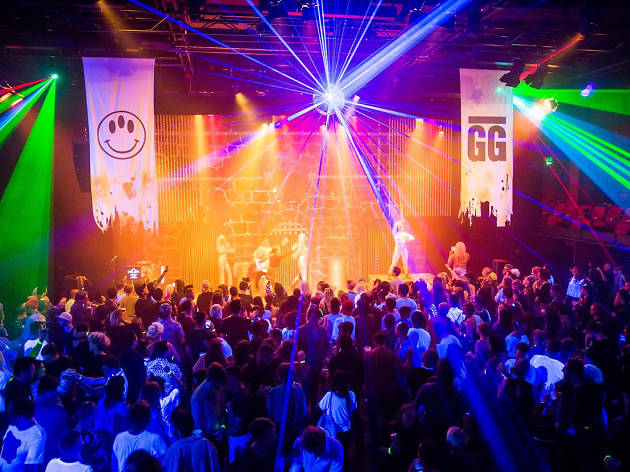 How lockout laws have damaged our live music scene

The Live Music Office have dug into data from APRA AMCOS' licensing revenue from Feb 1 2013 to Jan 1 2015 to find some damning figures about the state of Sydney's live music and nightclub scenes. The figures support the anecdotal evidence there has been a a clear drop in live performance revenue and nightclub attendance in the CBD since the introduction of the lockout laws. Key findings have revealed that there's been a 40 per cent drop in live performance revenue at venues within the Sydney CBD lockout zone, and there has been a 19 per cent decrease in attendance at nightclubs and dance venues. Furthermore there's been a 32 per cent decrease in the value of door charges and a 17 per cent decrease in venue expenditure on live performers, meaning that artists and venues alike are losing out big time.  Hate the sound of these figures? Then make sure you fight the good fight be getting along to the Keep Sydney Open Rally this Sunday, or get on your feet and head to a gig at one of Sydney's ace live music venues likeOxford Art Factory, Plan B Small Club or the Civic Underground. First published: 19/02/2016 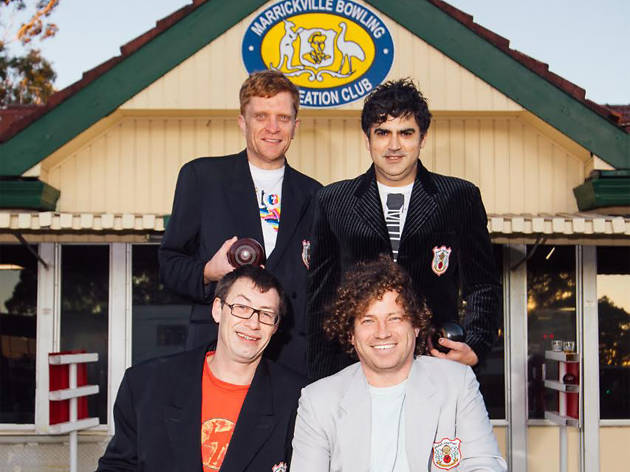 One of Sydney's most diverse venues suspends late night parties for the next six weeks Marrickville Bowling Club is the latest venue to have late night restrictions imposed. The bowlo is being forced to cancel such events for the next six weeks. These include Picnic's debut event at the club (which will now take place at Jam Gallery) and 4our's gig with techno heavyweights Peter Van Hoesen and Eric Cloutier. "In May we had a late night event and council received a noise complaint," club secretary manager Kim Townsend told Time Out. "That led to an investigation of our licences and building codes, which unearthed some compliance issues." The club's board has now decided to suspend late night parties for the next six weeks while appeals are heard and the issues are resolved. Townsend said the club hoped this would only be a short-term problem. "We're doing everything we can," she said. "They are basically just building code issues. We're hoping the appeal is successful and we will be back to hosting late night events very soon." As well as serving as a venue for daily bowling, the club has hosted many late night parties run buy local promotors including Mad Racket (pictured) and 4our. Townsend emphasised that while the restrictions were frustrating for punters, promotors and the venue, the restrictions were a result of licence and building code issues only and were unrelated to the lockout laws. "It's red tape more than anything else," she said. "I don't think the council 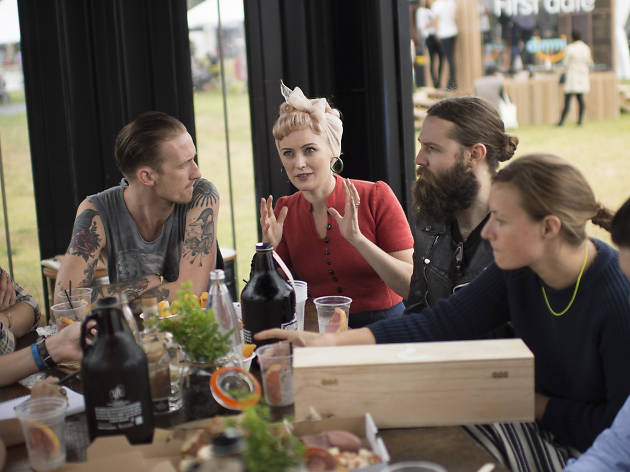 What next for Newtown

Over the last two decades Newtown’s identity has slowly morphed from bohemian to hipster – and the booze and food scene is thriving in this colourful slice of the Inner West. We gathered a few friends from Newtown and Enmore’s hospitality scene to discuss the community, its challenges and what lies ahead. “Newtown is a chosen home," explains Oscar McMahon of Newtown brewery Young Henrys. "It’s not necessarily where everybody grows up. It’s an amazing microcosm of different cultures all living together and people being proud of that diversity. The heart of it is that whoever you are, you’re OK – as long as you respect everyone else." “I think Newtown is the only place to close both a McDonald’s and a KFC.” - Claire Van Vuuren, Bloodwood Sarah Doyle, of Porteño and Bodega, has lived in Newtown for more than 15 years. She thinks the area has ‘spirit’. “I know it’s a wanky word,” she smiles, “but you feel that with Newtown. Everyone is welcome... I think a lot of people are coming to experience that, and a lot of people are wanting to stay." “It’s a good food and drink town,” adds Charles Cameron of Brewtown Newtown. “It’s also a bit of a party town. The most exciting thing on the horizon is probably the weekend.” Our Newtown locals describe their beloved suburb using words like ‘bright’, ‘real’, ‘artistic’ and above all, 'inclusive'. But just how rosy is it, really, for those who live and work in the boho ’burb? Ongoing issues include prohibitive property