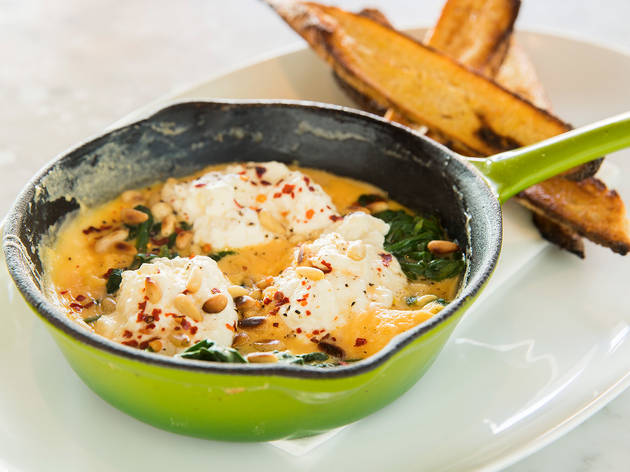 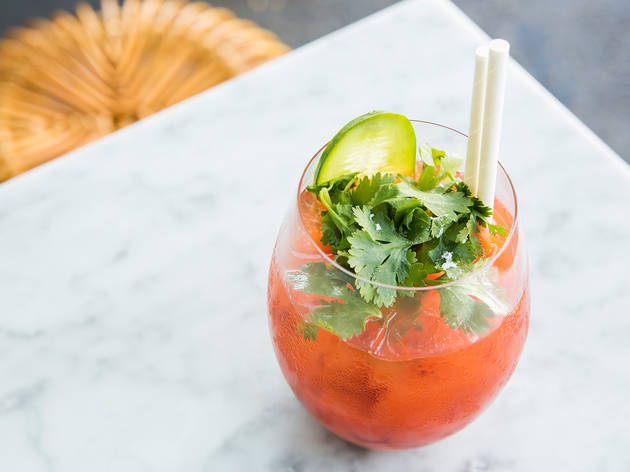 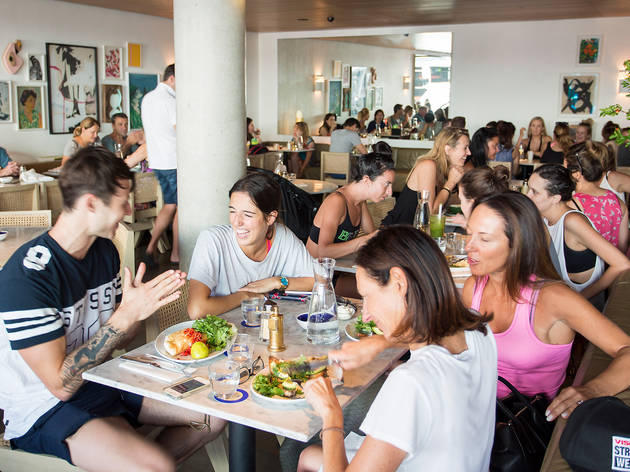 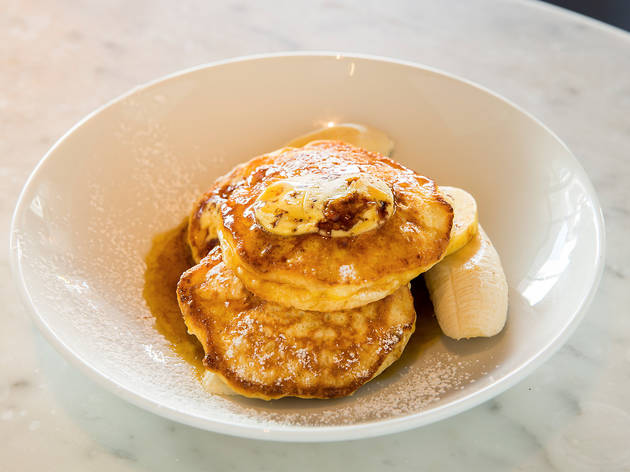 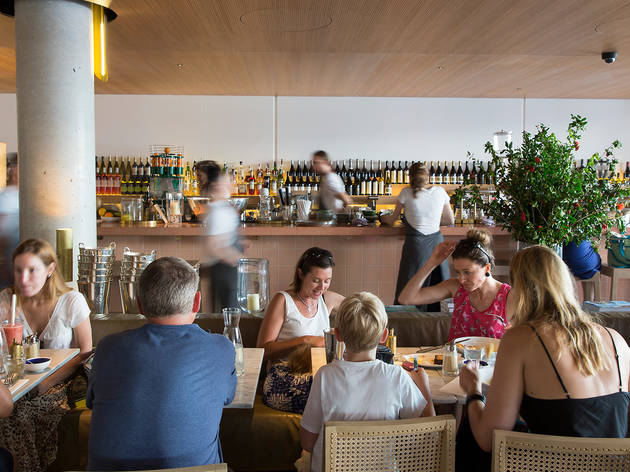 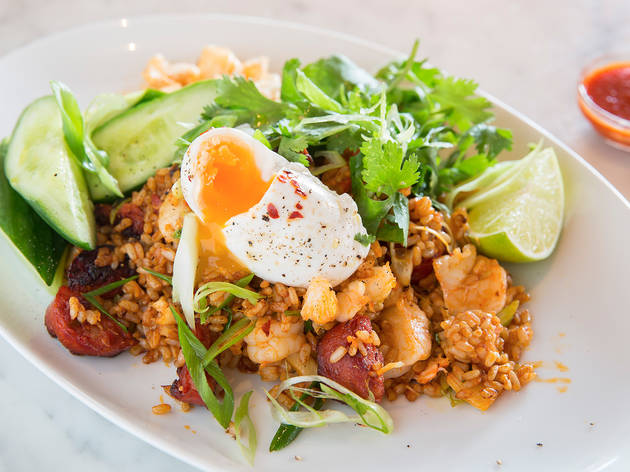 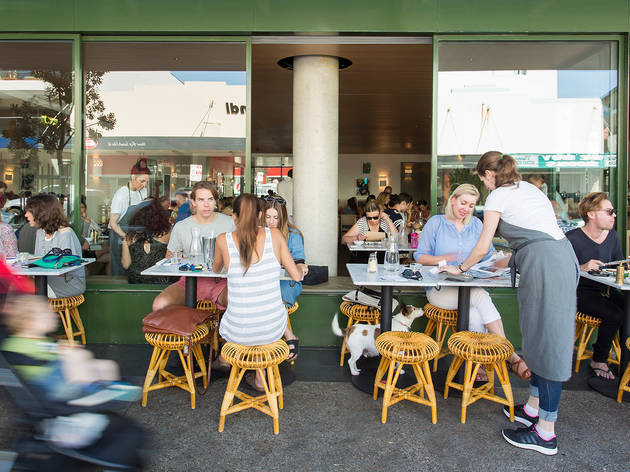 Every man, woman and their French bulldog is lining up for a seat at the brand new Bills

Why Granger waited up till now to open in Bondi is a total mystery. The queue’s a mile long, but nobody seems to care – partly because it’s a scene in itself waiting for a table and everyone seems to know each other, and partly because the turnaround is unusually quick. Most couples are only waiting five or ten minutes. Try risking an eight top, though, and you might be hanging out for a while (also, why didn’t you book? You can, if there’s a group of eight or more. Remember that!)
Seats outdoors spill onto Hall Street where most people are eating classics a la Bills – corn fritters, creamy scrambled eggs, hotcakes. Inside, squashy leather banquettes and big ass wood-and-rattan chairs work against a backdrop of caramel wooden ceilings and white walls covered in a messy pastiche of sculptures, oil prints and lithographs. Copper pepper mills on marble tables give a sort of Balthazar-via-Bondi vibe, though the cold-drip coffee sitting on the counter next toa mass of oranges waiting to be juiced is pure Sydney.
The big question this morning is whether ordering a smoothie of mango, avocado, cucumber, almond milk and aloe is a good idea. The answer is no. A big, resounding, ‘get it out of my face’ no. It’s a fluffy, yet viscous glass of slime-green health. And yet, at least three other people in the room are joyously sucking theirs down. Just two seats away a salty, barefoot local enthusiastically enquires after the availability of said green smoothies. Ah, Bondi.
For everyone else, there’s a shakes menu (chocolate fudge!), house-made sodas (fizzy liquorice root!) and frappes (watermelon and lime!). The coffee’s fairly ordinary, which is unusual for a Bills café, though maybe the barista’s just having a bad day. They’re certainly being put through their paces – the sounds of knocking, tamping and frothing are as repetitive as orders for those fluffy ricotta hotcakes smothered in honeycomb butter.
‘Broken eggs’ with sourdough crostini pretty much just translates to a fairly firm ricotta and spinach frittata covered in toasted pine nuts, served in a little cast iron pan. It’s fine, but the build-up is a little more exciting (what exactly does it take to break an egg? Do you just deprive them of sleep until they eventually talk? Can you water board an egg?)
On the other hand, brown rice stir-fried with prawns and slices of chorizo is spiced up considerably with fresh chilli, a side of chilli sauce and a thicket of coriander leaves. Add a squeeze of lime, a wobbly poached egg and a side of kimchi and you’ve got modern Australia on a breakfast plate. It works, too.
Breakfast at Bills isn’t cheap, but then a morning meal in Sydney rarely means getting away for less than $50 once you’ve factored in coffee, juice and an extra serve of smashed avocado – let alone a little sneaky breakfast dessert. Love to hate it or love to love it, Bills continues to deliver a level of food and service most Sydney cafés aspire to.