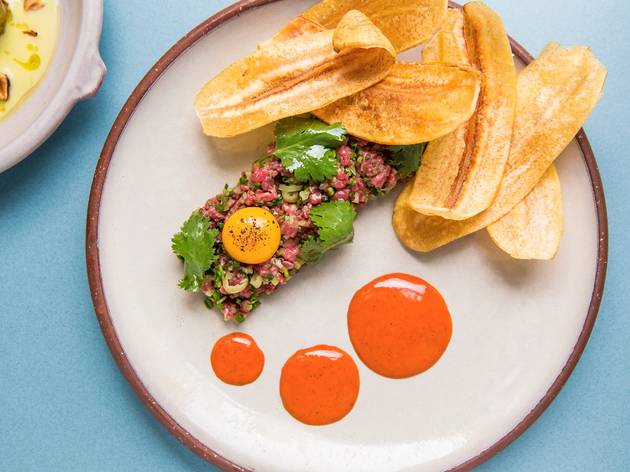 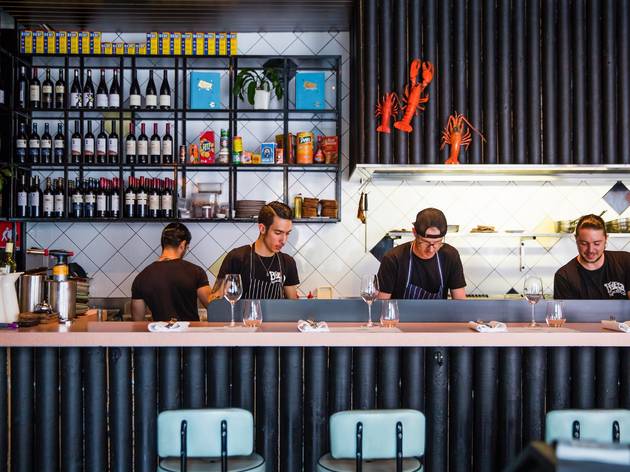 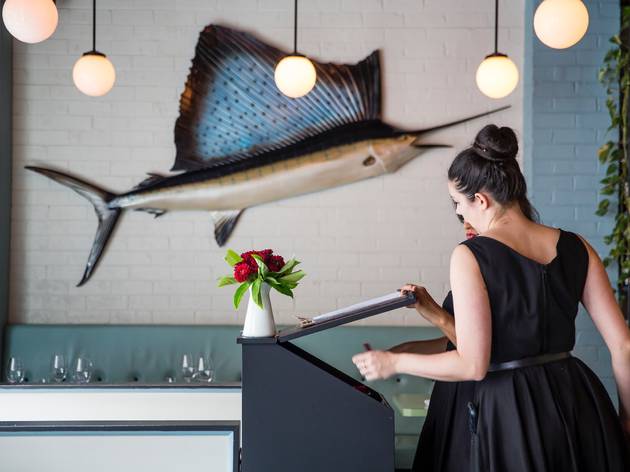 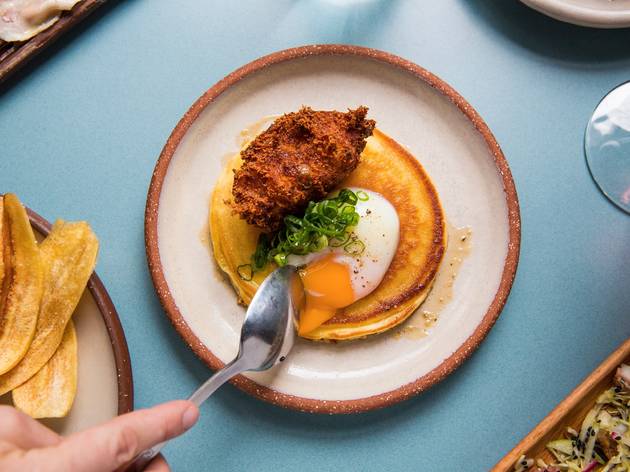 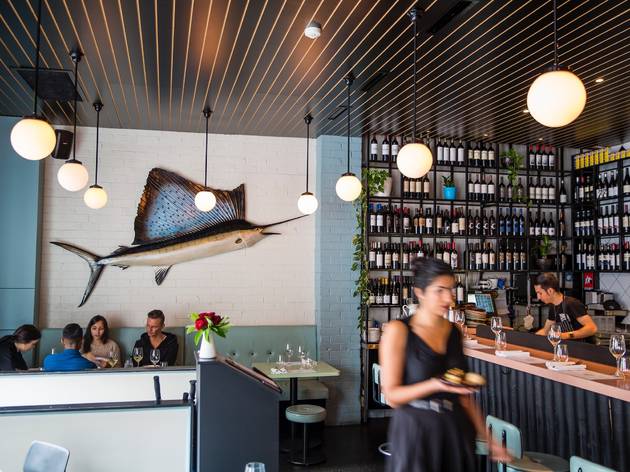 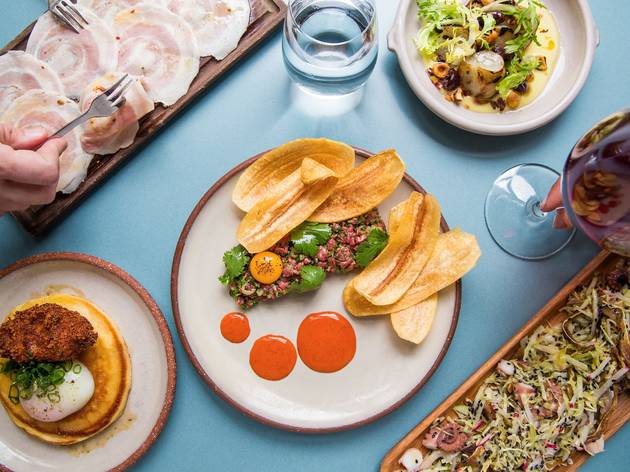 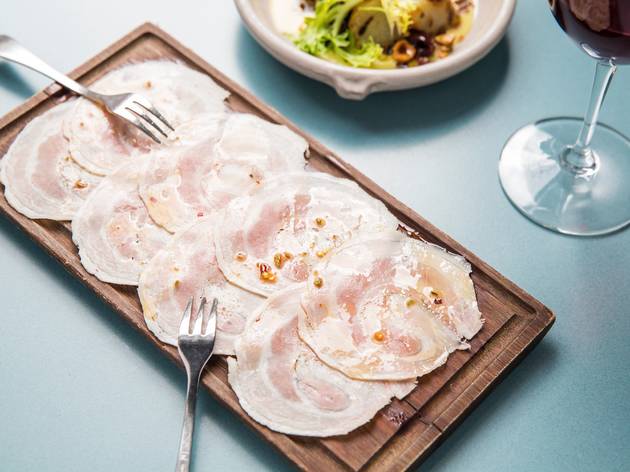 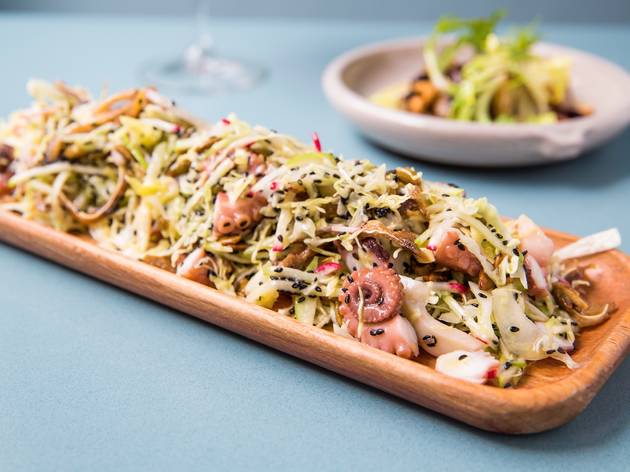 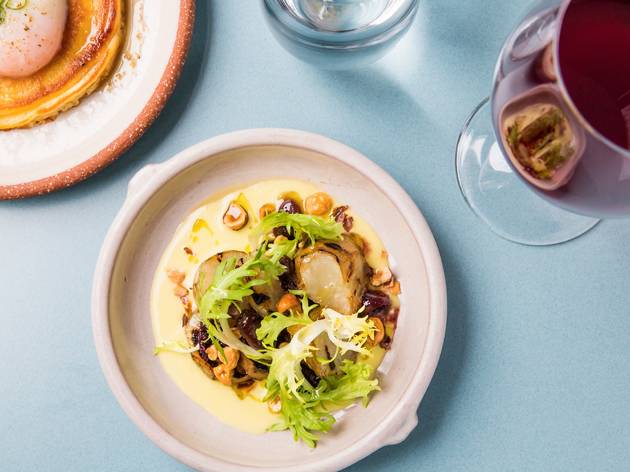 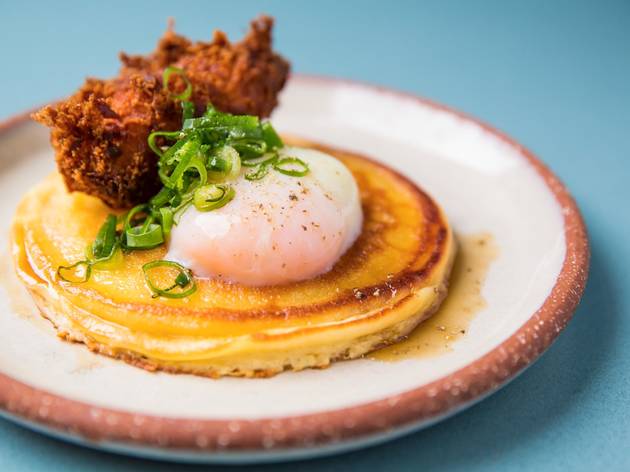 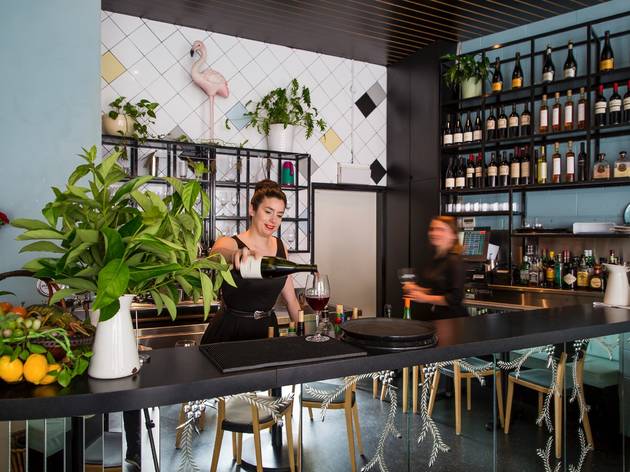 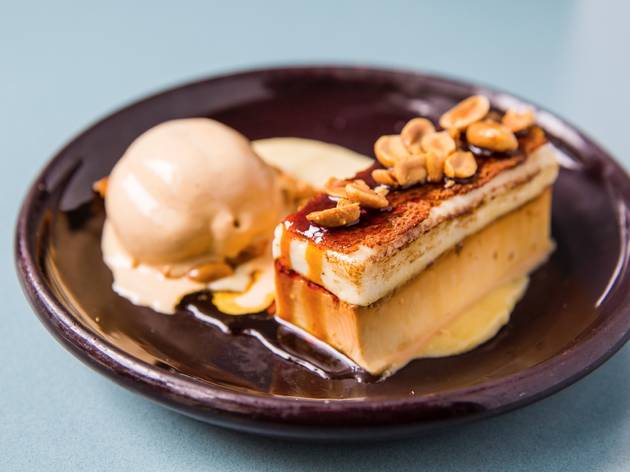 Sydney’s tapas trend may be long gone, but Bodega remains: and it’s still worth every iota of your time

Often overshadowed by its sister venues Porteño, Gardel’s Bar and LP’s Quality Meats, Bodega sometimes feels like their shier, quieter sibling. But this eatery ain’t no shrinking violet. Sure, it’s framed as a tapas restaurant, but portions are generous, flavours are banging and the drinks list is killer. It’s got that upbeat vibe inside, too. It’s designed like a ’50s diner, with two rooms in which to dine, a wide-open kitchen and service that is quirky as much as it is attentive. It’s the neighbourhood restaurant you’ve always wanted, right in the centre of Surry Hills.

These guys know their cold cuts – they are building an entire restaurant around them at their newest venture, Continental Deli Bar Bistro in Newtown – so make sure to get whatever’s on offer when you eat at Bodega. On the day we’re in, it’s rolled then finely sliced cured pork belly with fennel and chilli oil. The fat is tender and the meat flavourful, and the salty, spicy oil poured over the top is all sorts of awesome.

Try the steak tartare. It comes with long tongues of crisp, salted plantain chips, hot and sour achiote and capsicum sauce, sprigs of peppery coriander and a little raw egg yolk. The raw steak has already been tossed with pickled jalapeños, but mix in the egg to create a looser mix before using the chips as edible spoons. Try it with a clean, fresh and lemony Ravenna riesling from Washington – the wines here are exciting, remarkable and invariably delicious, too.

We love the octopus and pig’s ear salad – the octopus (tentacles and body) cooked to butteriness and the pig’s ear crunchy like crackling, rather than loose and flabby, as it often can be. They are tossed with soft shredded cabbage and sweet apple in a zingy tomatillo dressing, with added toasted pepitas for crunch. It’s summer on a plate, but we’ll take it any time of year.

The buttermilk pancake is topped with a salt cod croquette, 62˚C egg and smoked maple butter. The waitress tells us to mix up the egg and salt cod before we cut into it, but it gets mushy quite easily so we’d advise doing so with care so as not to lose the crispness of the croquette and softness of the egg in the process. All the same, it’s a little too sugary for our tastes (maple butter will do that to a dish) – we’d love to see the sweetness pared back a bit.

Little disks of seared Jerusalem artichoke adorn the next plate, with toasted hazelnuts adding texture, frisée for freshness and an oily leek purée bringing it all together. It’s a lovely dish, nicely seasoned too, but the leek flavour doesn’t come through as much as we might have liked in the purée.

Of all their restaurants, not one does dessert like Bodega, so do not leave without trying the banana split. Which, actually, isn’t a banana split at all. It’s a wedge of silky crème caramel topped with the requisite bitter caramel and with brûléed banana marshmallow. There’s dulce de leche ice cream on the side, banana cream and roasted peanuts adding saltiness. It’s bloody delicious and big enough to share.

It’s not traditional tapas at Bodega – it’s barely Spanish. And share plates are so commonplace now it feels more like a normal restaurant, rather than one focussed on the Spanish art of snacking. But it’s a seriously great restaurant. The seasoning is bang on, the flavours are always full and surprising, and the atmosphere is fun, lively and oh so welcoming. These guys knock great restaurants out of the park, and Bodega is still killing it.