Restaurants, Burgers Penrith
3 out of 5 stars 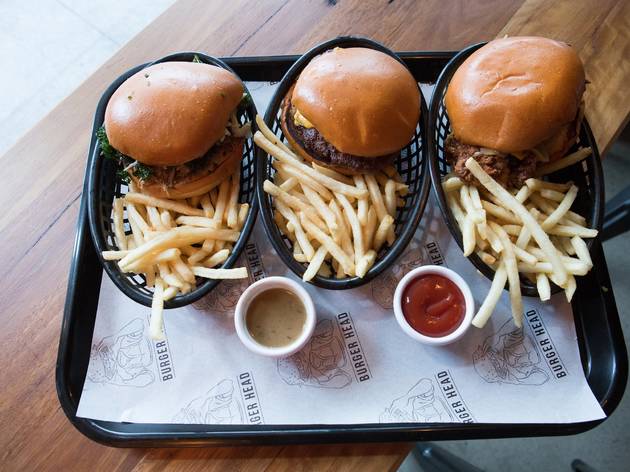 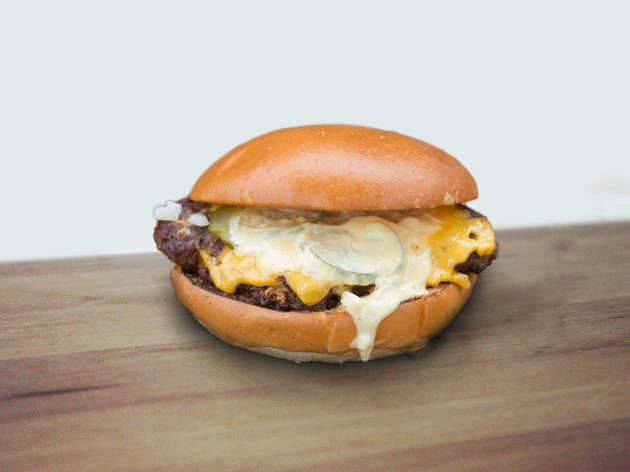 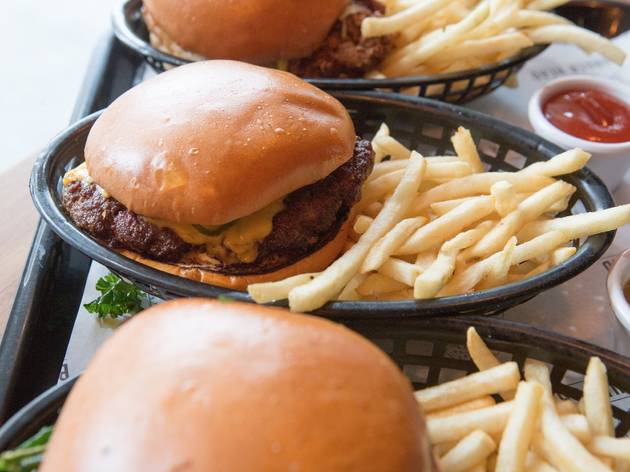 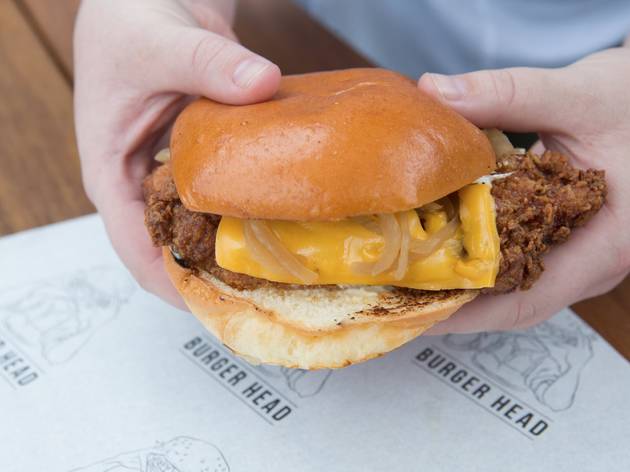 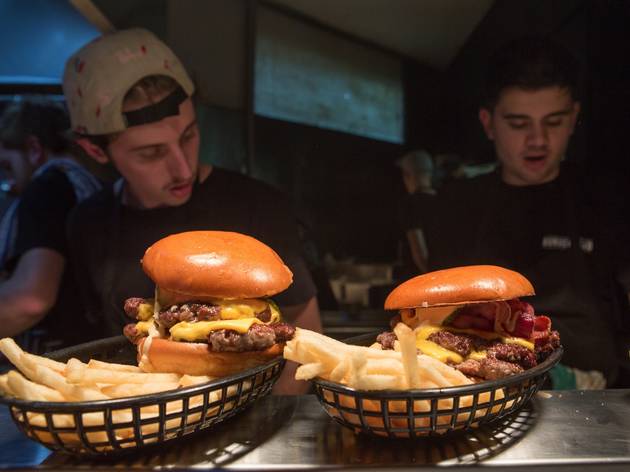 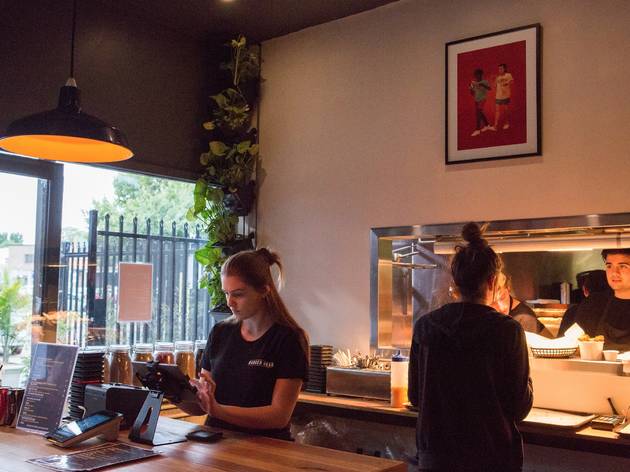 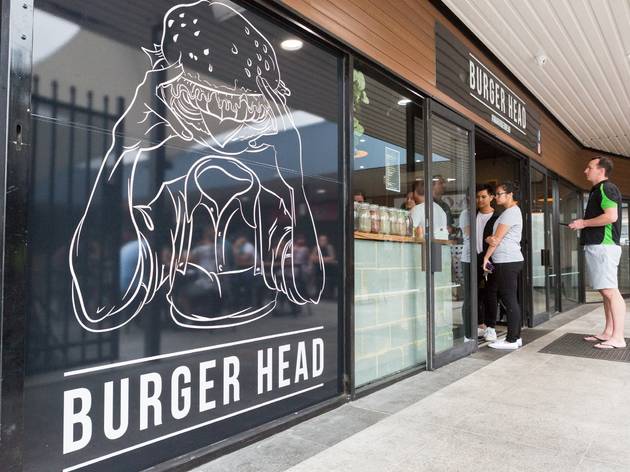 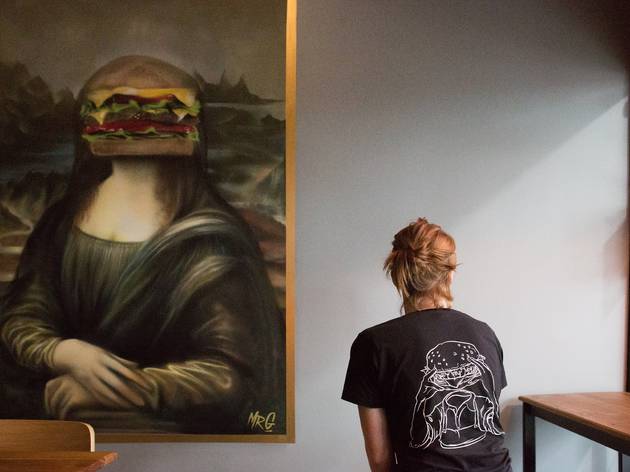 Western Sydney gets a taste for fancy burgers

Some days, you just get a craving and only a burger will sate you. And thanks to the city's obsession with burgers, it no longer matters where you live, there are good burgers everywhere. You can even get them at the edges of this old town, the west of the west, at the base of the mountains, in Penrith.

You need to turn down a bit of an alley to find Burger Head. It's off a street and at the back side of a carpark – this is one that only the locals know about. And there are plenty of them here, even on a Wednesday evening. There is Mr G artwork on the walls, which makes us think of our other fave joints in the west, like Circa Espresso, and gives the whole place a relaxed Inner West vibe, with plenty of outdoor seating.

The guys who are running this joint have just about every hatted restaurant in Sydney behind them – from Momofuku Seibo to Quay and Ormeggio. The gun trio of Richard Borg, Joshua DeLuca and Timothy Rosenstrauss hatched the idea of bringing great food west while working at Master before it shut its doors in Surry Hills, and that is an idea we can get behind.

The service is quick; no sooner had we ordered than the food was rolling out, looking pretty as a picture. And no wonder with the number of chefs in the kitchen. We ordered the classics from the menu – a cheeseburger, chicken burger, and a vegetarian burger, plus one of their shakes to wash it all down.

The Classic Cheese has a properly seasoned patty with a little spicy hit. It's does exactly what it says on the label, from the American style milk bun to the sweet relish. No skimping on the meat here either – it fills out the bun, and is cooked medium-well. It's decent value for $15.

The Mike Tyson is really interesting - not a portabello or veggie pattie in sight. It's packs a Amokey hit, which is hard to do in a mushroom, and they use enochi mushrooms – the little thin ones that look a bit like alien fingers. It's a little lighter on and at $18 burger we're not fully satisfied.

The clucker (chicken burger) has a hint of tandoori spices in the coating and is flavoursome and moist becuase they are making it out of thick thigh meat. Top marks for this one.

White chocolate blended down into a shake with fresh chocolate shavings on top is the sweet full stop on your meal.

What you're getting here are three ingredient burgers. They're not busting the mould here, but people keep rolling in. The prices are around the same you'd pay anywhere in the city – this isn't cheap cheap fare – but it's still definitely a win for Western Sydney.