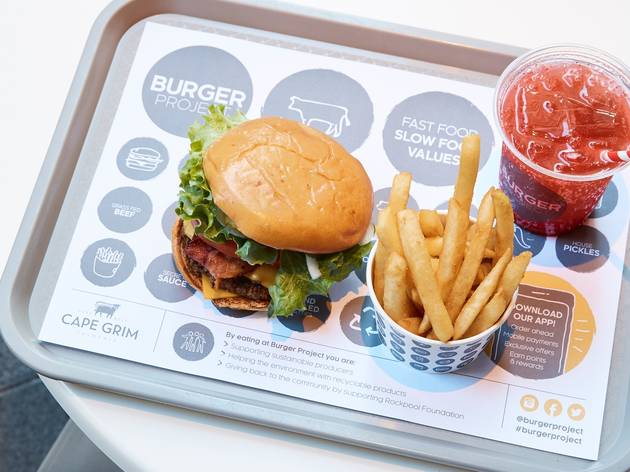 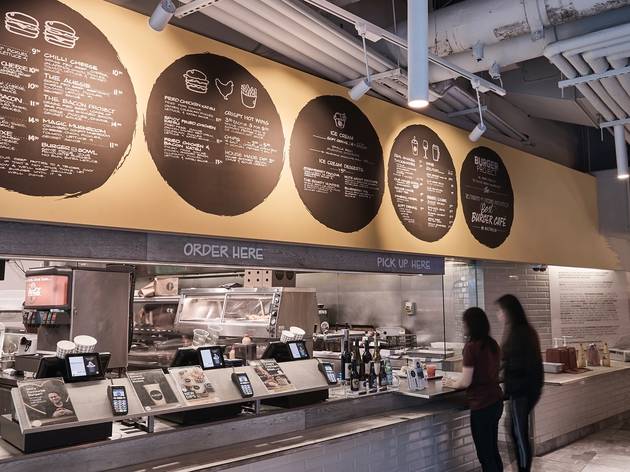 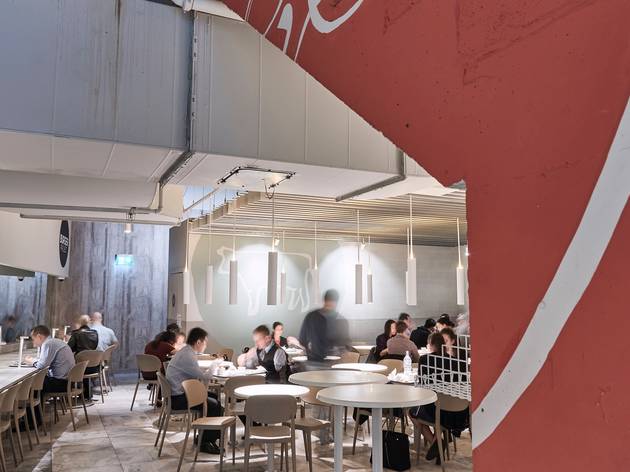 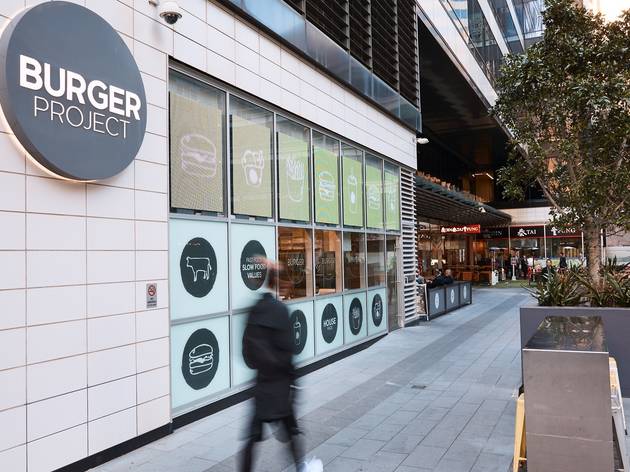 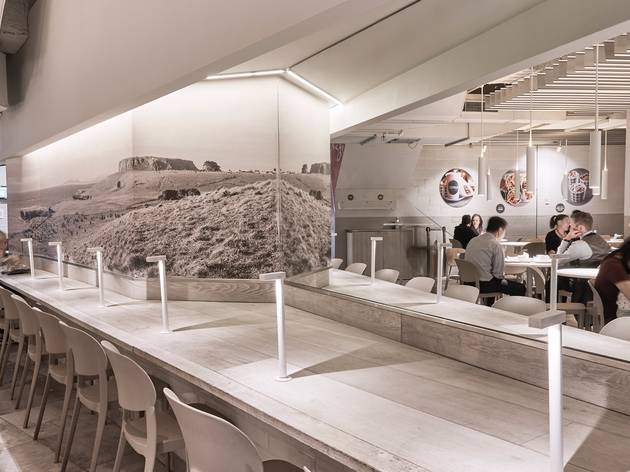 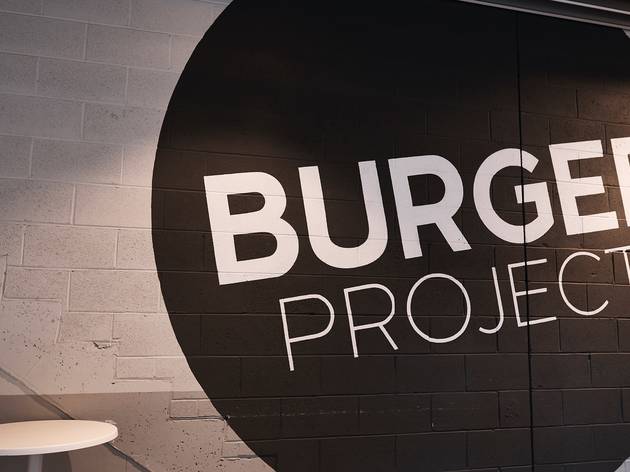 We’re probably the last people in Sydney to try Neil Perry’s latest foray into quick food, but for a very good reason. We wanted to wait until the famous chef had managed to get his systems in place before making a judgement call on the widely reported on burgers. And we’re glad we did - the kinks have been worked out and for the most part, it’s a fun tasty time.

It’s all the stuff you’d expect from a Shake Shack-style burger bar. The chips are pretty excellent: thin, hand-cut, served skin on. An outrageously chocolatey malted milkshake is icy, frothy, and generously ice-creamed. The double cheeseburger is your best chance of meat-to-bun perfection - two thin patties, melted cheese, lettuce tomato and some wanging milk-bar-sized slices of raw onion, all on a toasted bun. Oh, and the rocky road sundae features a scoop of chocolate ice cream, a drizzle of chocolate sauce, peanuts, and marshmallows tiny enough to fall off a spoon and right down between a person's cleavage. We, uh, imagine.

Don’t bother with the single serve deep-fried chicken wing - it’s a little greasy and isn’t really what these guys are about. The roast pork burger, an echo of the sandwich Perry used to serve on the bar menu at Spice Temple, is nowhere near as juicy as its predecessor (if you’re experiencing any kind of dental delicacy, give that very crunchy crackling a wide berth, too.) Better go the “spicy” chicken burger instead. It doesn’t make much of a showing on the Scoville scale, but juicy soy-marinated chicken sharing bun-time with an Asian style ’slaw, pickles and chilli sauce is still no bad thing.

To the nuts and bolts. There’s lot of them on the walls and ceiling, not to mention the hilarious ‘odour control’ mechanism hidden up the back of the brightly lit dining room. The spaces are weird, angular and not especially comfortable. It’s loud here, and getting a seat is a battle of wills as countless tables ogle at their phones instead of eating their damn burgers. Windy as it may be, the best seats in the house are out the front, if you can wrangle one. Natural light, room to move - can’t lose.

There’s plenty to like at Burger Project - a fast moving queue, giant pump packs of mustard and tomato sauce, proper hand towels in the bathrooms and Neil Perry-era power tunes (did somebody say hair metal? So! Much! Van! Halen!). So here’s our verdict: it’s a tasty burger, served in good time, and we’d eat another one. Is it the best burger in town? Maybe not, but it’s certainly in the running.
Share Tweet